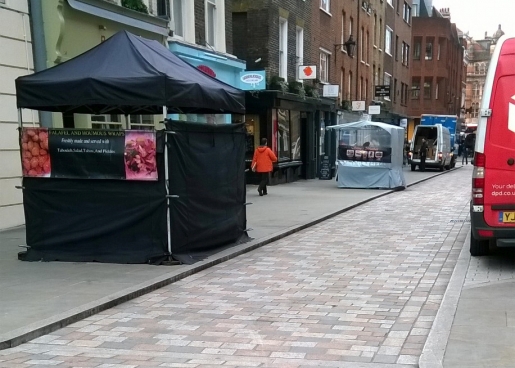 After the works, Earlham Street West

The long-awaited works to Earlham Street West, between Shaftesbury Avenue and The Dials, were completed just before Christmas. The scheme, which was funded by Shaftesbury plc, is aimed at improving what is seen as a main pedestrian gateway into Seven Dials and beyond to Covent Garden, destined to become even busier once the new Cross Rail station at Tottenham Court Road opens in December 2018.

The footpaths have been widened, facilitated by the relocation of parking bays, and are of handsome York paving. The carriageway is comprised of multi-coloured dressed setts. From The Dials to Tower Street there are granite kerbs. 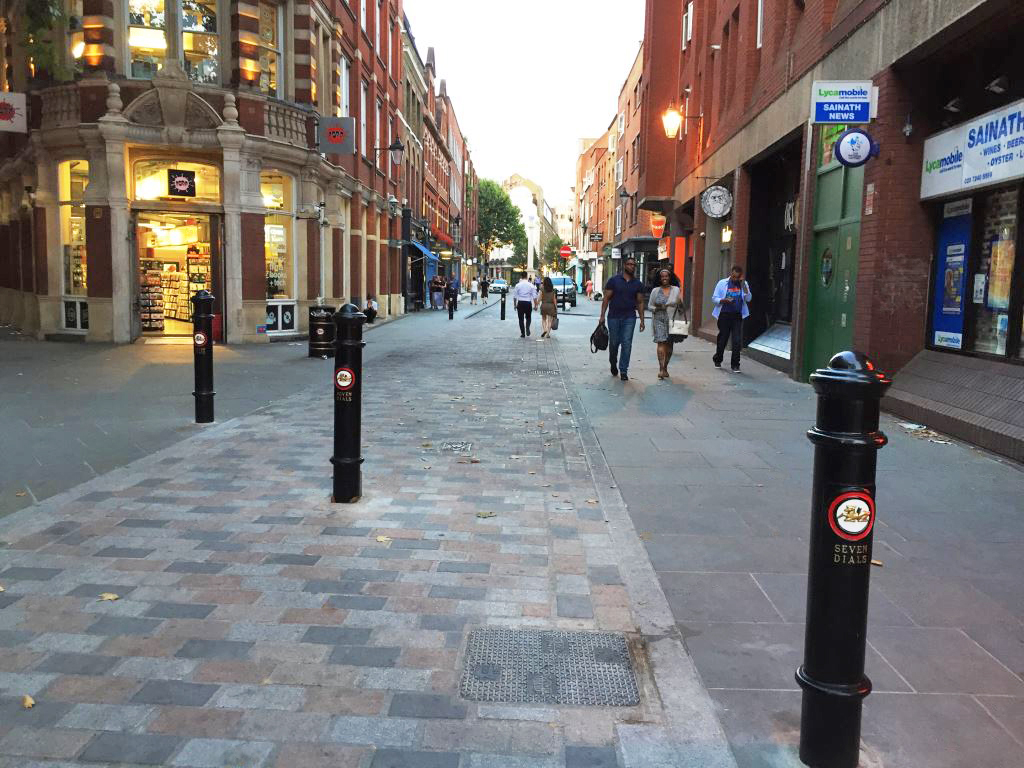 The Trust was very anxious to retain the original street profile which is intrinsic to the unique layout of Seven Dials. We opposed the creation of a so-called 'mini-piazza' outside Cambridge Court on the grounds that it would seriously undermine the integrity of the streetscape and encourage anti-social behaviour by providing a gathering place, complete with benches. In the event, a compromise was reached by retaining the visual appearance of the street line, though without traditional kerbs. This has resulted in a raised table, stretching from Tower Street to the junction with Shaftesbury Avenue, shared by pedestrians and cycles. The Seven Dials bollards prevent vehicular access – though pedicabs can still squeeze through. Cycle racks will be installed. We will see how this shared access pans out over the coming months. At present, there is no agreed strategy for the improvement of the market. 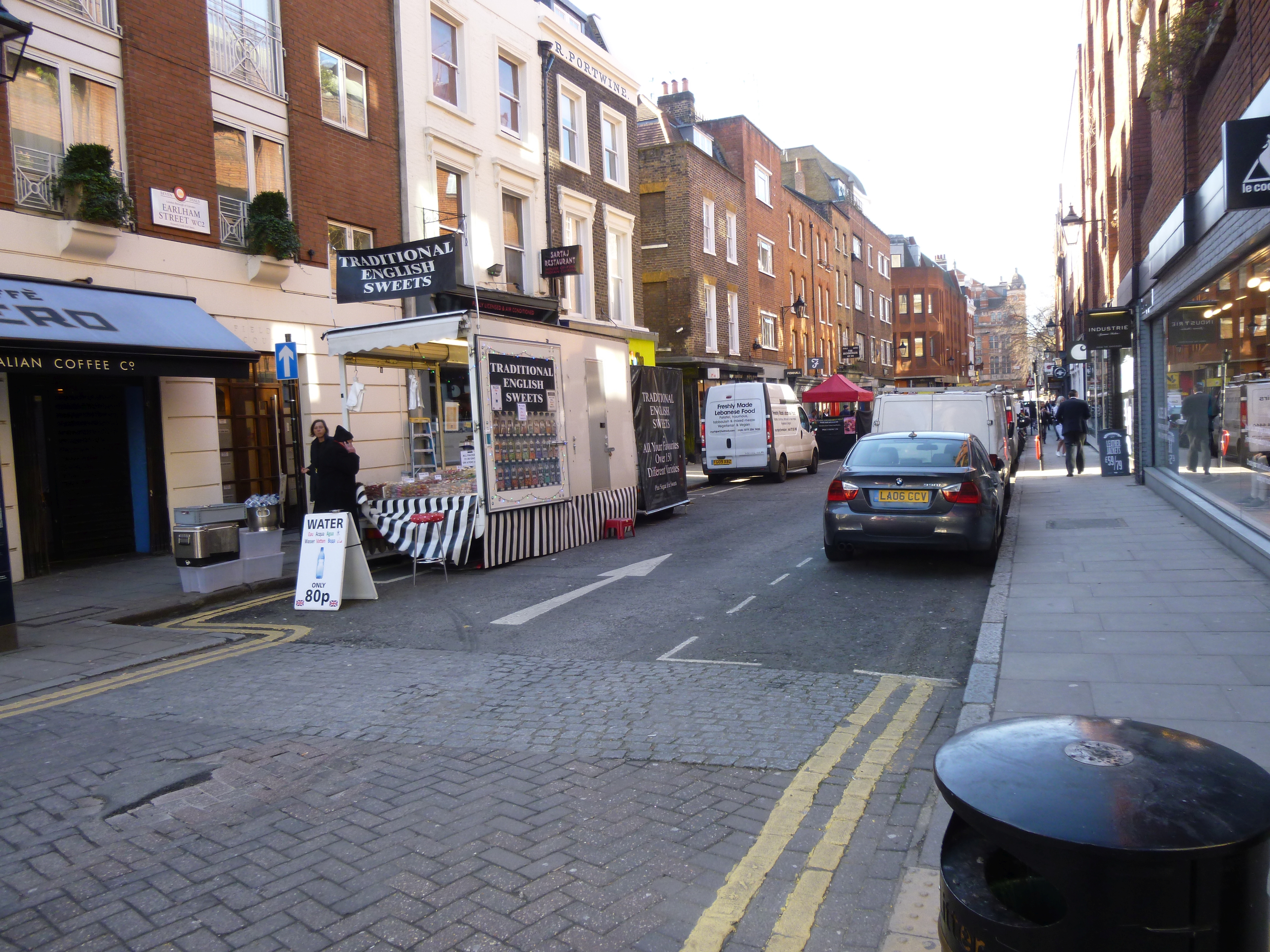 Before the works, Earlham Street West

The adjacent, continuing, works on Cambridge Circus have made crossing this busy intersection a little easier and safer. There are wider pavements on all sides and new pedestrian crossing arrangements, including a diagonal crossing.