The terms broadsheet or broadside refer to both a format and a type of print - a sheet of paper printed on one side and not folded. They carried news, royal proclamations, public announcements as well as popular ballads and sensational court reports and can be seen as a precursor to the tabloid newspaper. Before 1800 broadsheets were printed on hand presses. After 1800, new innovations in printing technology resulted in further diverse forms.

In Britain, Seven Dials was the major centre for broadsheet production in the nineteenth century. In Great St Andrew's Street, Johnny Pitts printed ballads as well as running a well-known toy and marble shop, which is mentioned by Dickens. But foremost among the publishers was James 'Jemmy' Catnach (1792-1841).

Catnach was the son of a Northumberland printer. He came to London and founded his business in 1813 in the now vanished Monmouth Court, which ran between Shaftesbury Avenue and Earlham Street. He took to selling ballad sheets on a massive scale, paying anonymous writers a shilling for words which were then set to a well-known tune. These lyrics were typeset, illustrated by lively if crude woodcuts and printed on cheap paper. Known as broadsides, they were then sold in the streets for a penny by 'patterers'. Catnach publicised scandals and news of the day, such as the trial of Queen Caroline and the Cato Street Conspiracy in 1820, but he was best known for his crime sheets - lurid and thrilling reports of murders, foul deeds, trials and hangings.

In 1839 he retired to South Mimms, but collapsed and died of jaundice on a visit to his shop in Monmouth Court two years later. The business was taken over by his sister Ann Ryle and was still running in the 1850s. London Labour and the London Poor, compiled in the 1850s by the social investigator Henry Mayhew, contains numerous descriptions of the work of, and interviews with, the poets, printers and ballad-singers of London.

This trade extended through Seven Dials up into Denmark Street, also known as Tin Pan Alley. It's highly likely that the sheet music printing for which it became famous was built on the existing skills of the broadsheet printers. 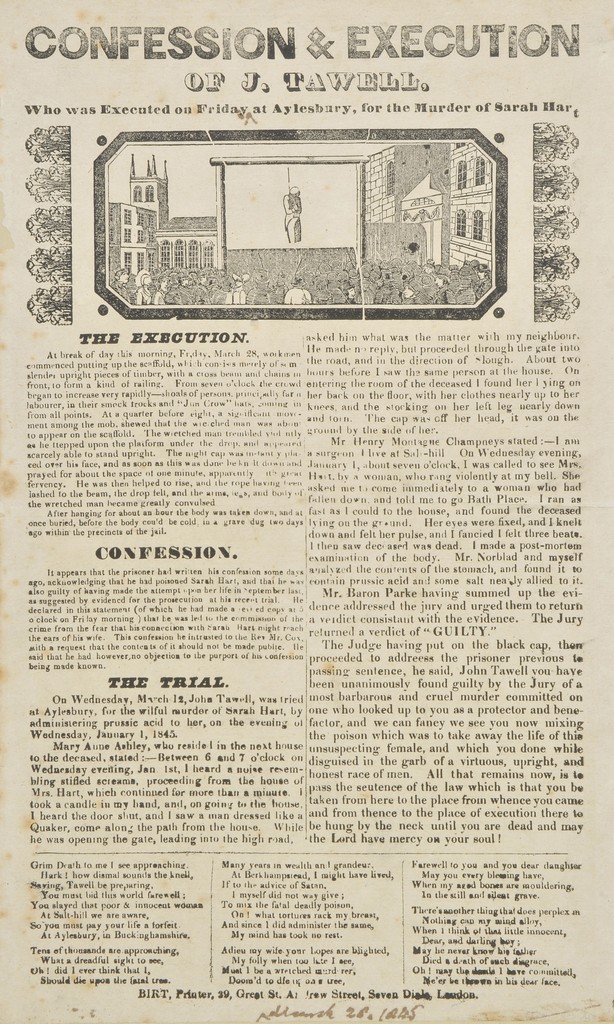 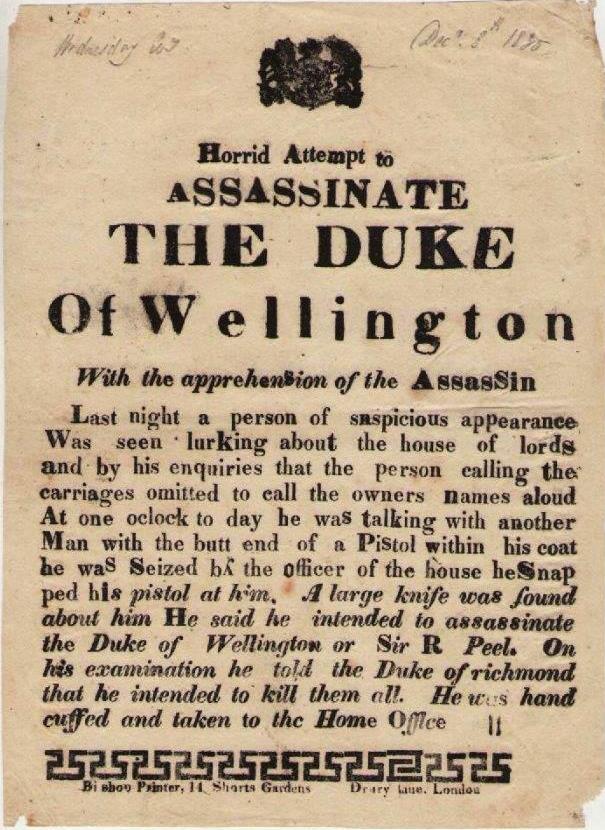