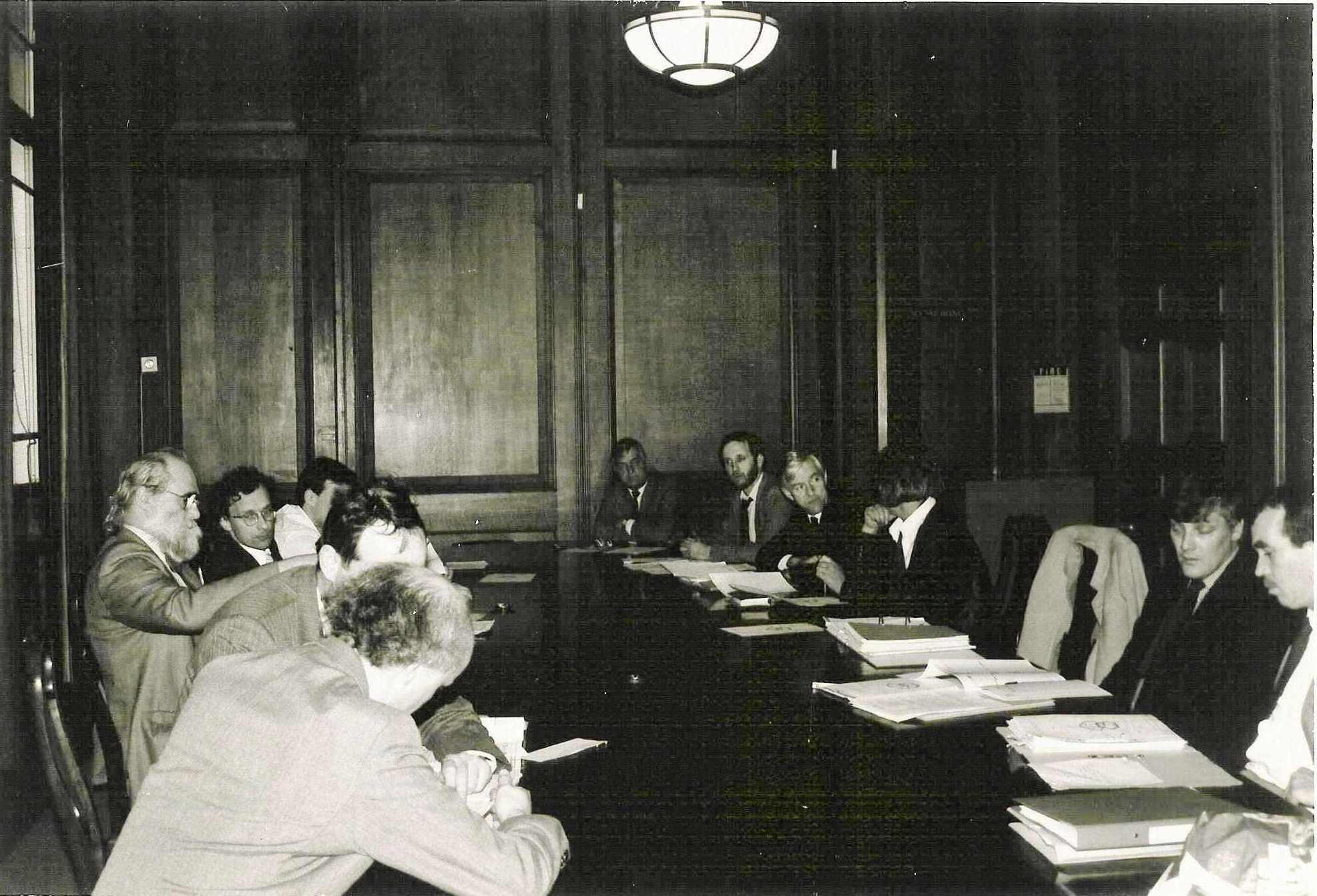 The first meeting of Camden Council at which restoring the Sundial Pillar was discussed, 1985.

Our first task was to get Camden Council on board. The Borough Engineer was sceptical as to how the foundations could bridge the deep sewers and many other services beneath the Dials. Other departments were concerned about traffic implications and whether our small group had the capacity to organise the first project of its kind since the erection of Nelson's Column. They need not have worried, as The Evening Standard later commented, "As pressure groups go the Seven Dials Monument Committee takes some beating. Within five years the column was up and getting a royal unveiling by that very jolly Queen Beatrix of the Netherlands." As well as our professional advisors, the art of persuasion was exercised by Inspector Richard Northern of the Metropolitan Police Service (in charge of traffic in the West End) and Norman Taylor, an engineer and our link officer at Camden. For an organisation outside the system, these allies within were key to getting the support of the statutory authorities.

While negotiating with Camden, we began to assemble a team that turned out to be more far reaching than we'd thought. We appointed A.D. Mason of Whitfield Partners as architect and Roger Howard of Hockely & Dawson as our engineer. After much research and many meetings, they were joined by Gordon E. Taylor from the Greenwich Royal Observatory as astronomer; James Moseley from the St. Brides Printing Library as lettering consultant for the dial faces; and Caroline Webb as letter carver and gilder. We had much assistance from Michael Turner, Director of Clocks and Watches at Sotheby's; Francis Maddison, Curator of the Museum of the History of Science at Oxford University; the Society of Antiquaries and many others.

From the outset, the trustees agreed with the suggestion of David Bieda, a long-standing youth worker, that trainee masons should be involved, at Vauxhall College of Building, Ashby & Horner Ltd and the Carpenters' Company training school in Great Titchfield Street. This became one of the largest masonry training projects in London for many years.

In preparation for the the Pillar's reconstruction, Camden began works on the Dials to create an island on which it would sit. These works enabled entry to the very old sewer beneath Monmouth Street. This allowed research vital to devising a form of foundation which would support the Pillar should the sewers burst. 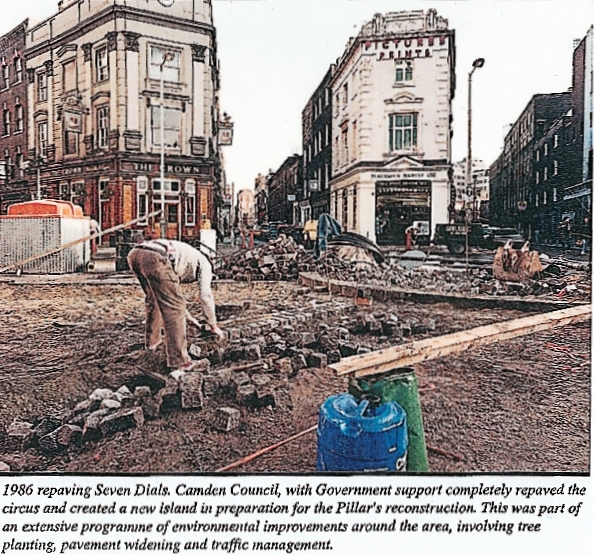 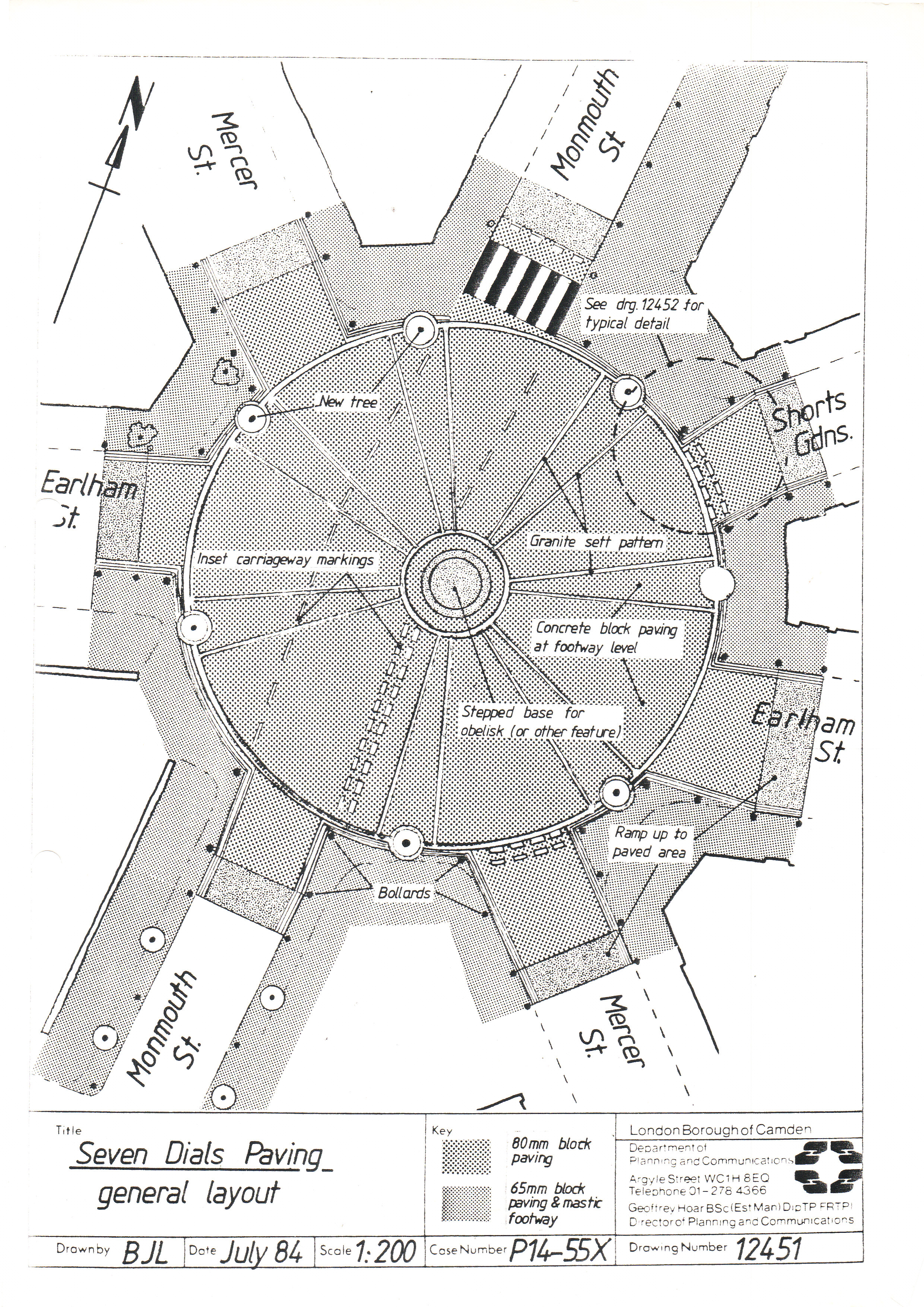 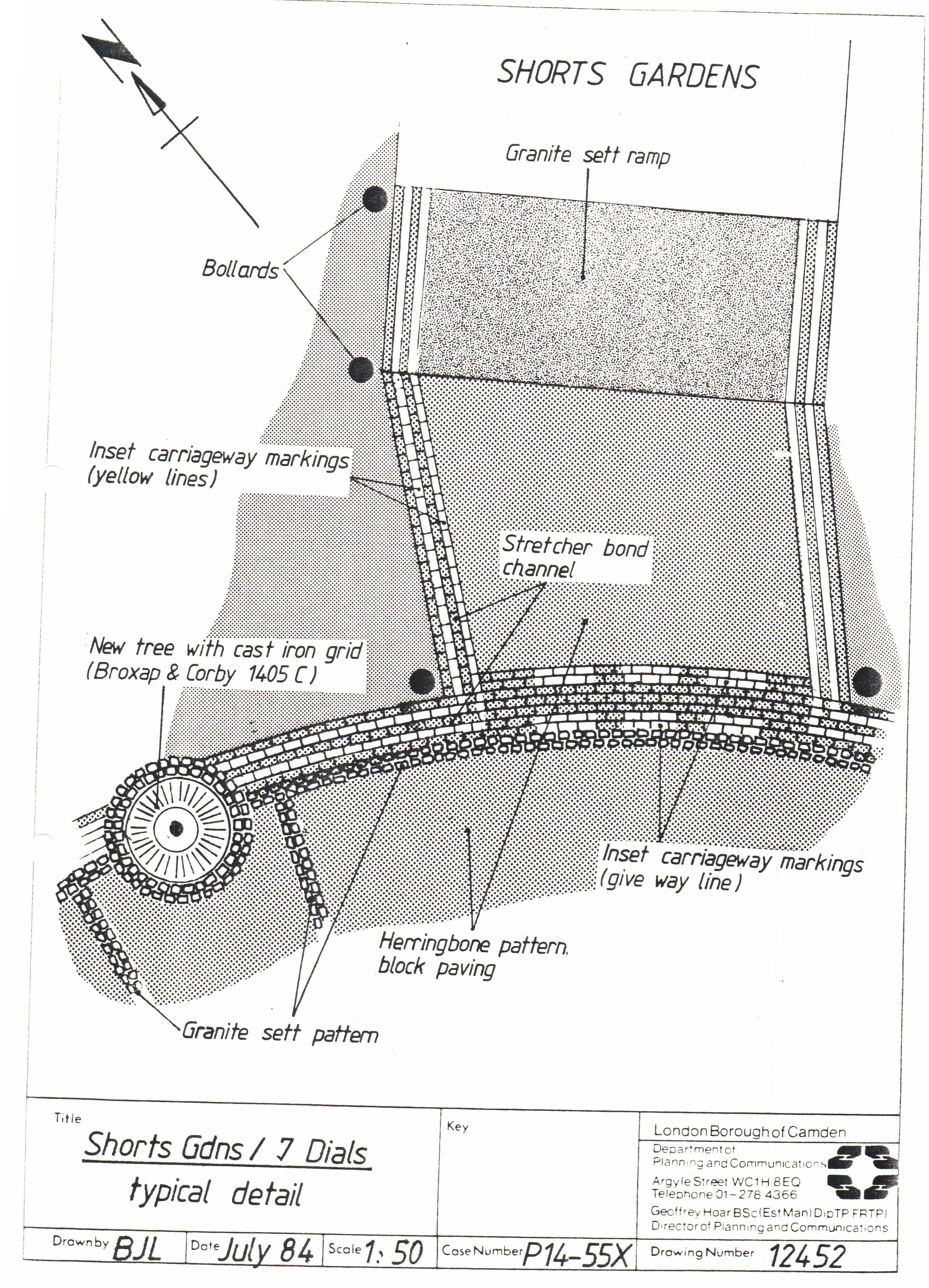 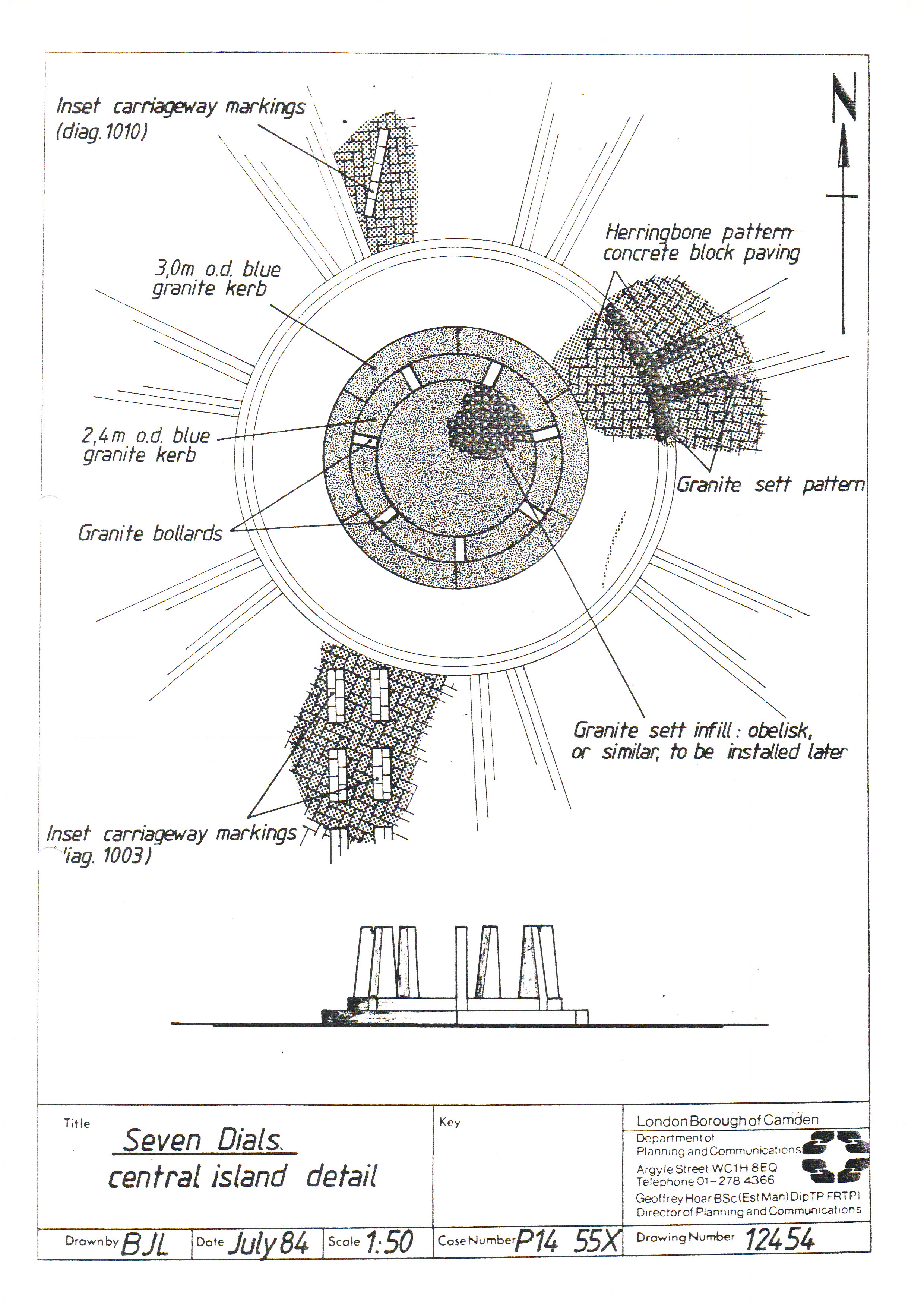 Read 15889 times
More in this category: « Genesis Launch and Fundraising »
back to top