Edward Pierce (1630-1695) was the leading sculptor of the seventeenth century and a renowned architect and stonemason. He came to prominence as a sculptor after the Great Fire of London, when he was ‘much employed by Sir Christopher Wren in his carvings and designs.’ Pierce’s best-known works as a sculptor are the carved busts of Oliver Cromwell and Christopher Wren, both in the Ashmolean Museum, Oxford. 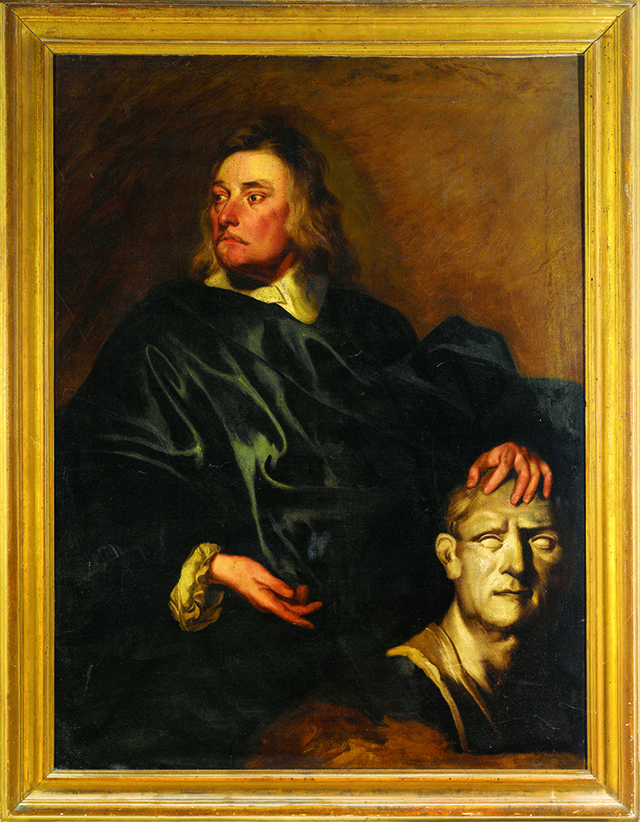 Pierce was employed by Wren for masonry work and designs for many of the City churches and for St Paul’s Cathedral. He also undertook wooden carvings at various churches, including the wooden model for the copper dragon weathervane at St Mary-le-Bow. His greatest work as an architect was the Bishop’s Palace at Lichfield, built under his supervision to his designs 1686-87.

Pierce died in 1695 at Surrey Street near the Thames and was buried at St Clement Danes Church, The Strand. He left an important collection of books, prints and drawings. The original drawing of the Seven Dials Sundial Pillar, now held in the British Museum, may have come from this collection. The Trust rediscovered this drawing which our architect, A.D. Mason of Whitfield Partners, used when researching the proportions of the new Sundial pillar.

Contracts under Sir Christopher Wren at:

Model for dragon of St-Mary-le-Bow steeple

Work under William Winde at: 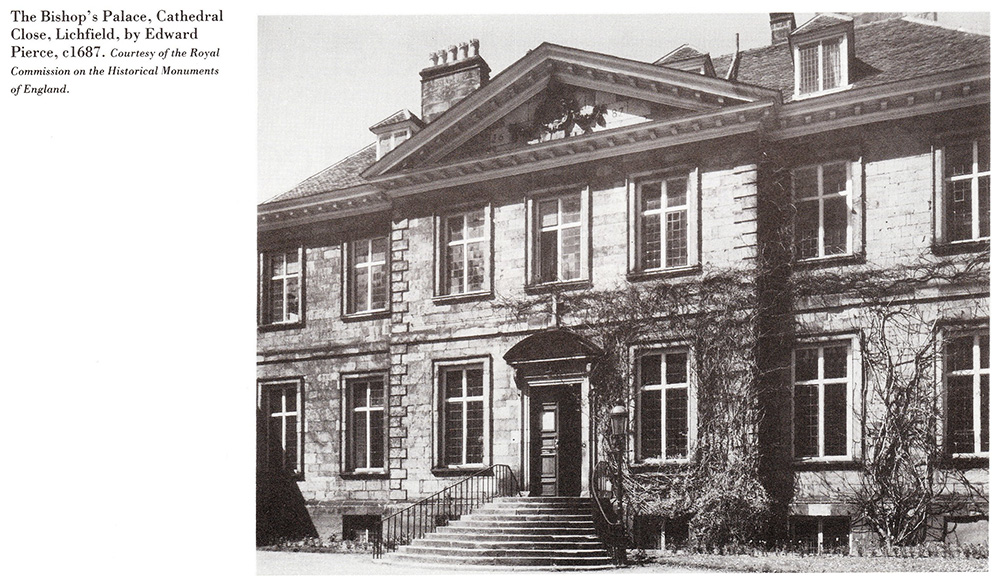 The Bishop’s Palace, Cathedral Close, Lichfield, by Edward Pierce, c1687. Courtesy of the Royal Commission on the Historical Monuments of England.