Topping In and Time Capsule

In 1987, the Trust celebrated the completion of the Seven Dials Sundial Pillar's complex foundation works with a traditional 'topping in' event but, in this case, underground. These ceremonies are traditionally carried out at the top of a new building but this was clearly not going to be possible atop a Sundial Pillar! The hidden foundation works are an unusual and ingenious feat of engineering, designed so the Pillar sits on a large concrete 'stool' on top of three 60-foot legs to enable access to the sewers and other subterranean services. 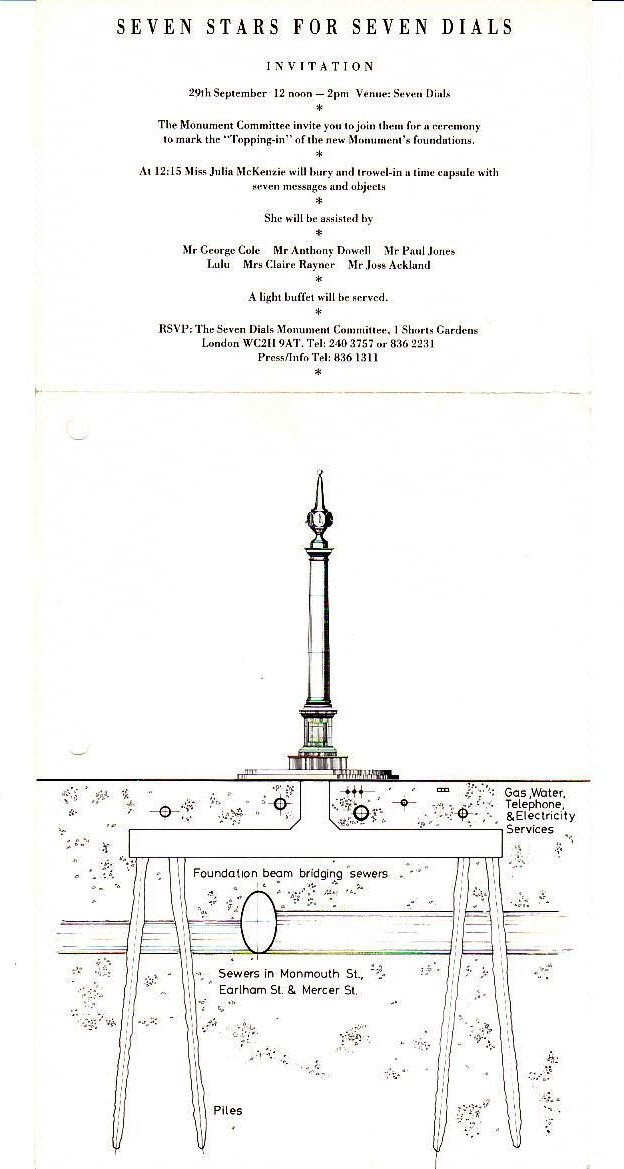 Invitation to the Topping In Ceremony, sponsored by Taylor Woodrow PLC.

Artistic Director of the Royal Ballet, Anthony Dowell; singer Paul Jones; journalist, the late Claire Rayner; and actors Joss Ackland and Julia McKenzie chose small items to be placed inside an air-tight brass canister kindly made for the Trust by Comyn Ching, who had traded as architectural ironmongers on Seven Dials since around 1700. Julia McKenzie did the honours, burying the time capsule, aided by the Lord Mayor of the City of Westminster, Cllr. Kevin Gardner, the Mayor of Camden, Cllr. Gerry Williams and Mr Colin Smith, MD of Comyn Ching. 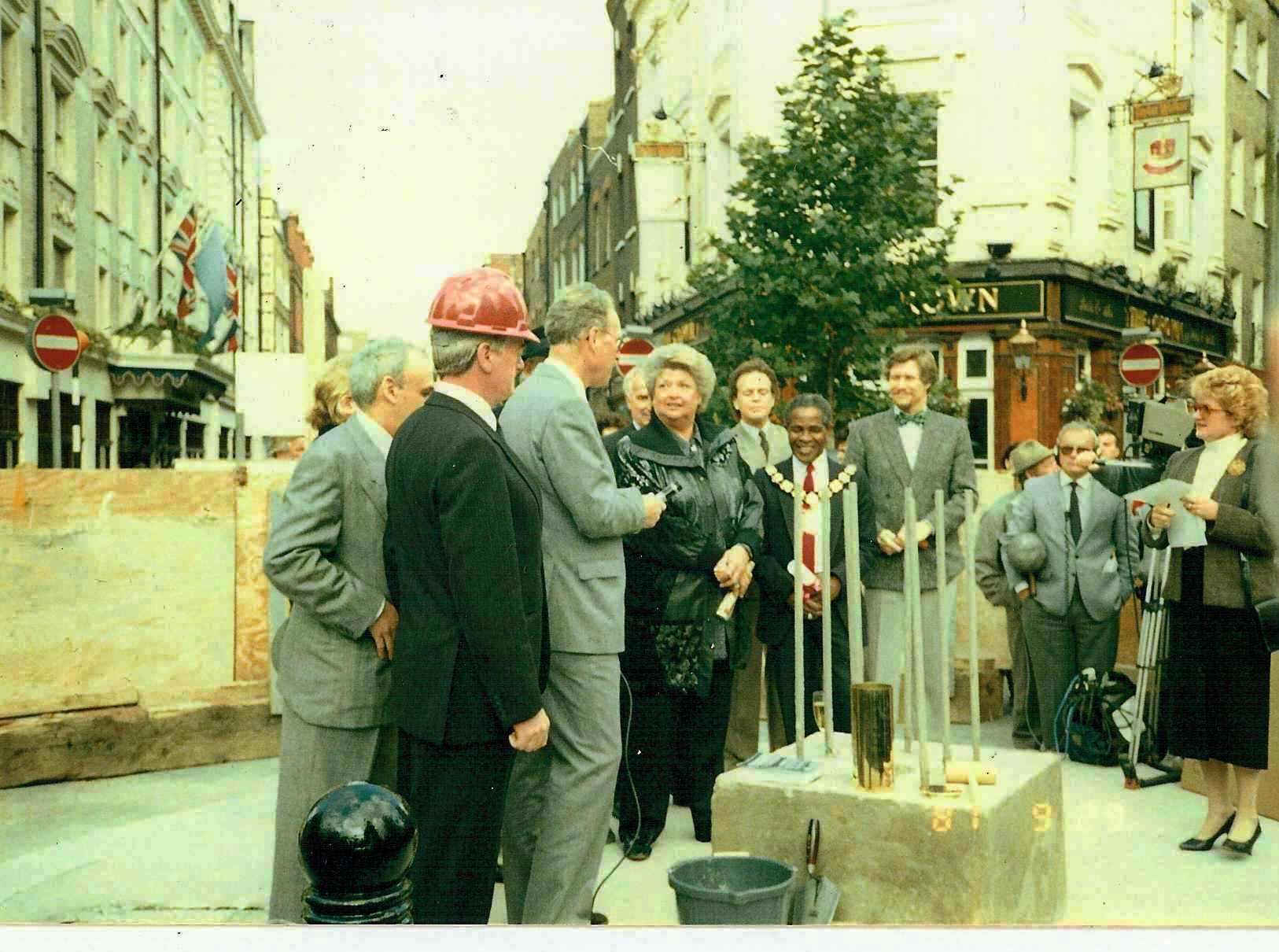 Colin Smith, MD of Comyn Ching who made the brass time capsule. 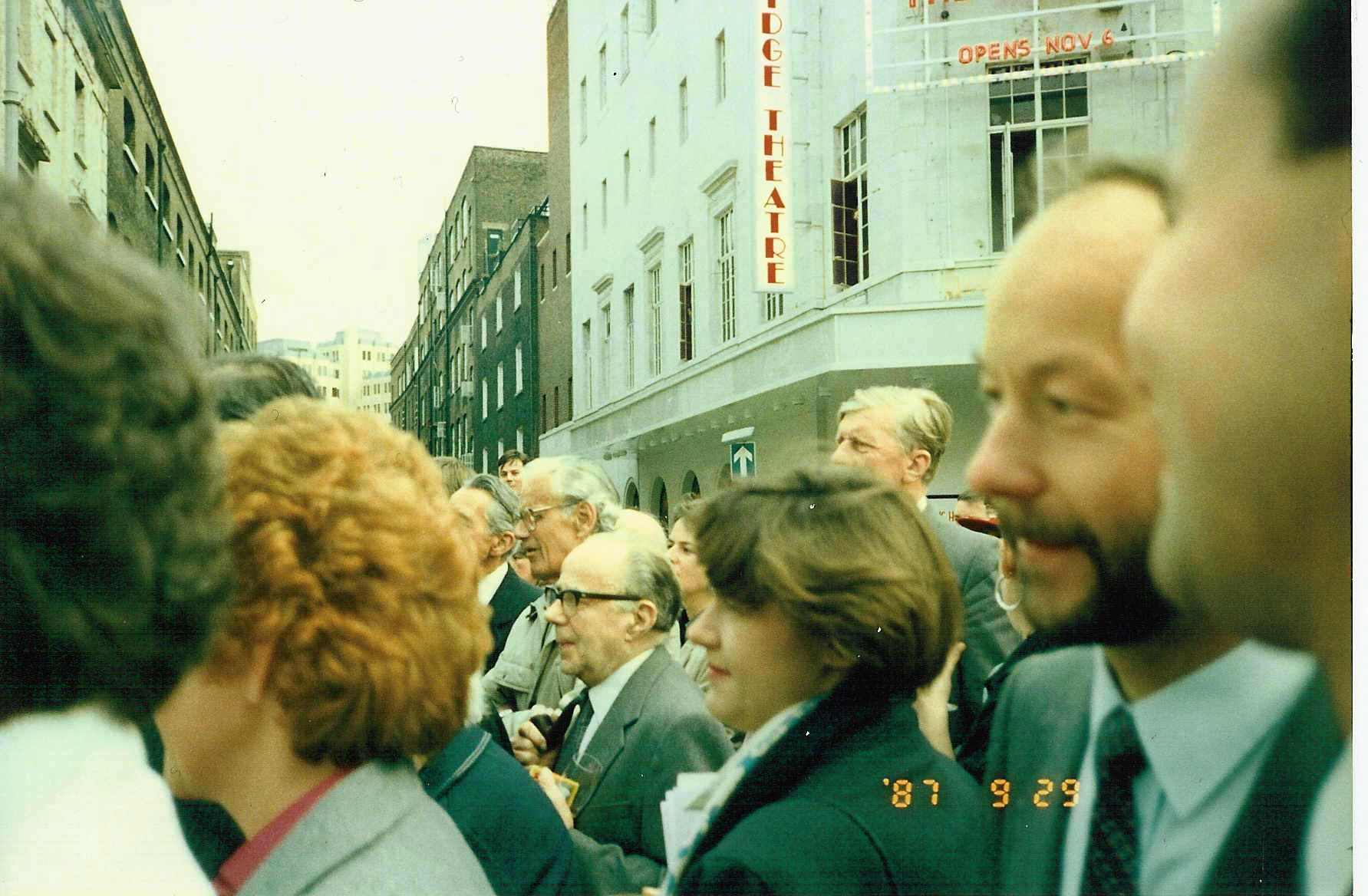 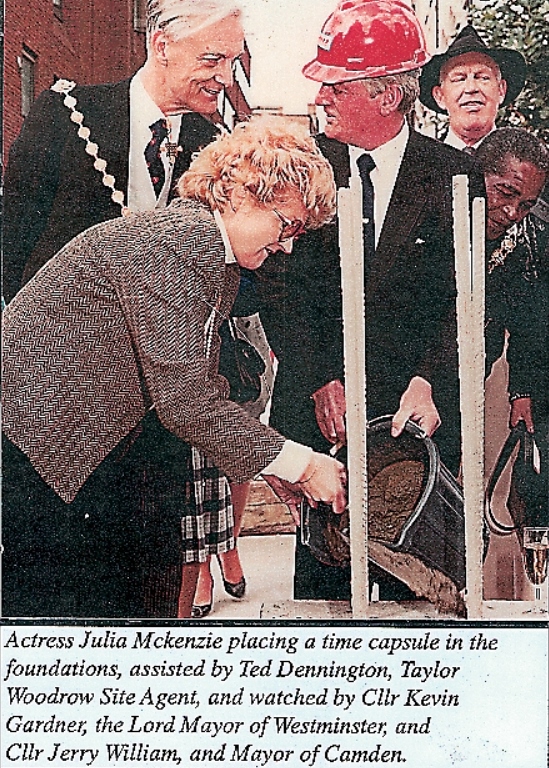 The time capsule contains a bottle of penicillin and seventeenth century medical instruments in a tortoiseshell case, a copy of John Berger's seminal book, Ways of Seeing, three miniaturised opera scores and a Royal Opera House programme and a cheque. 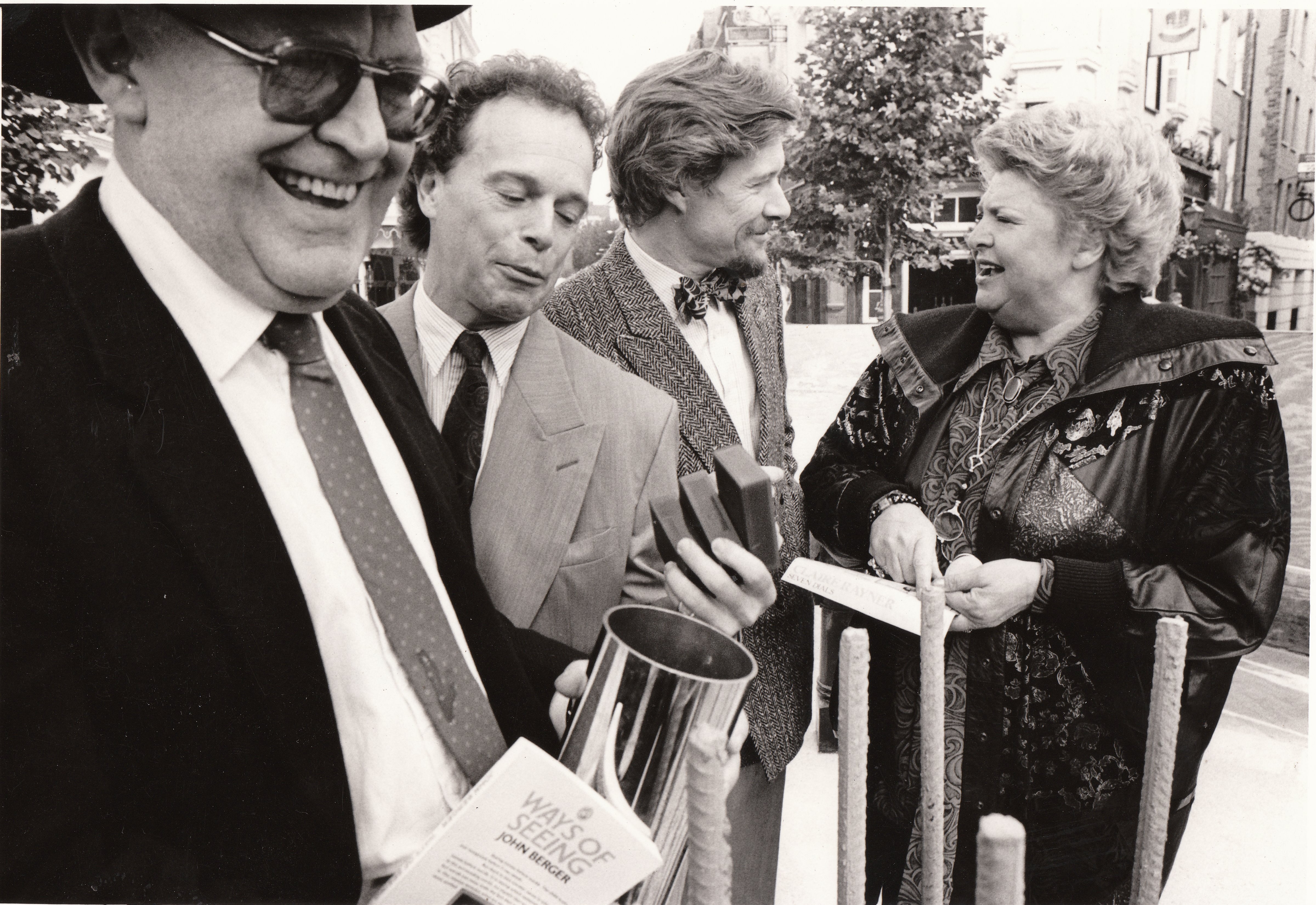 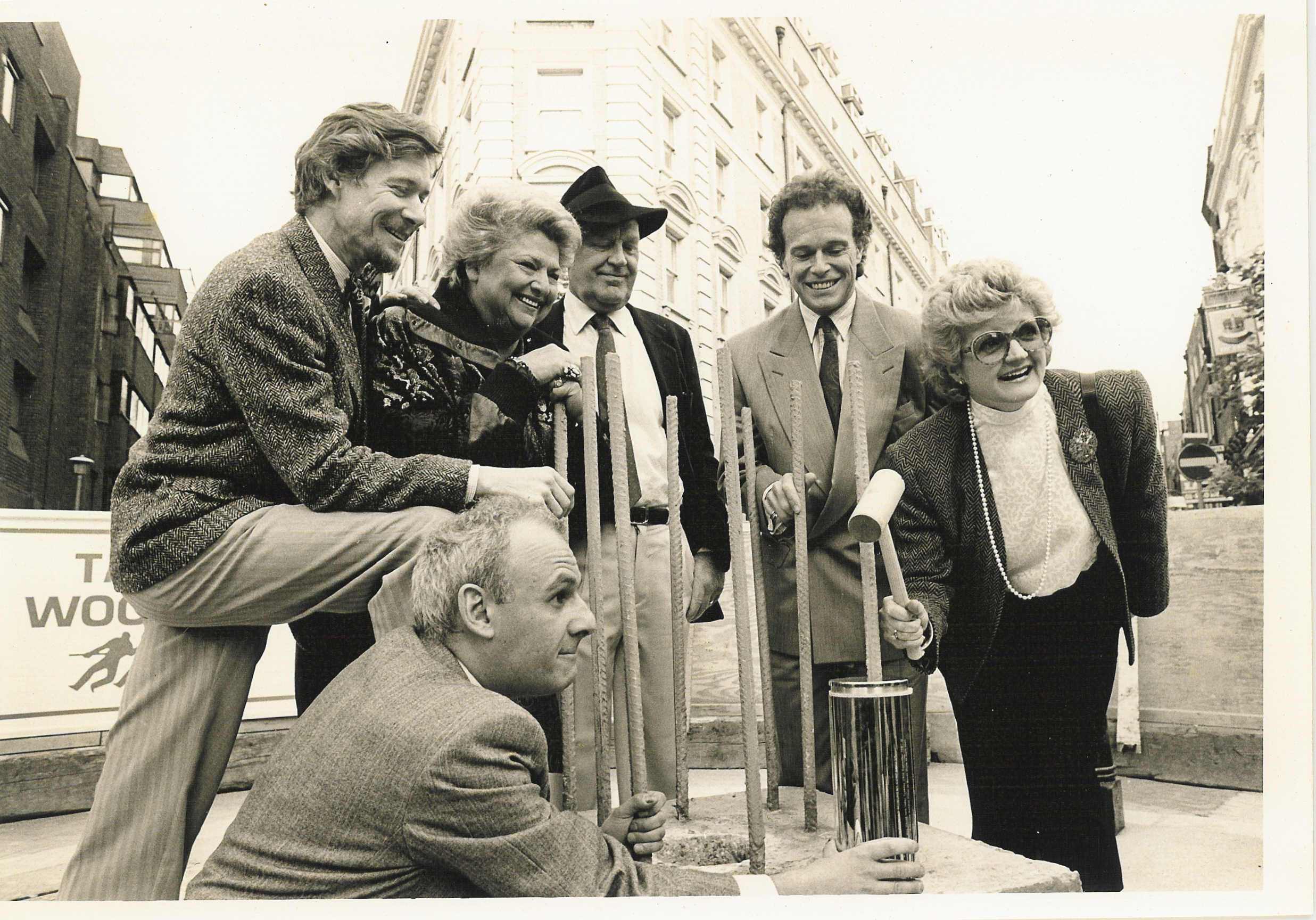 Posing for the media. 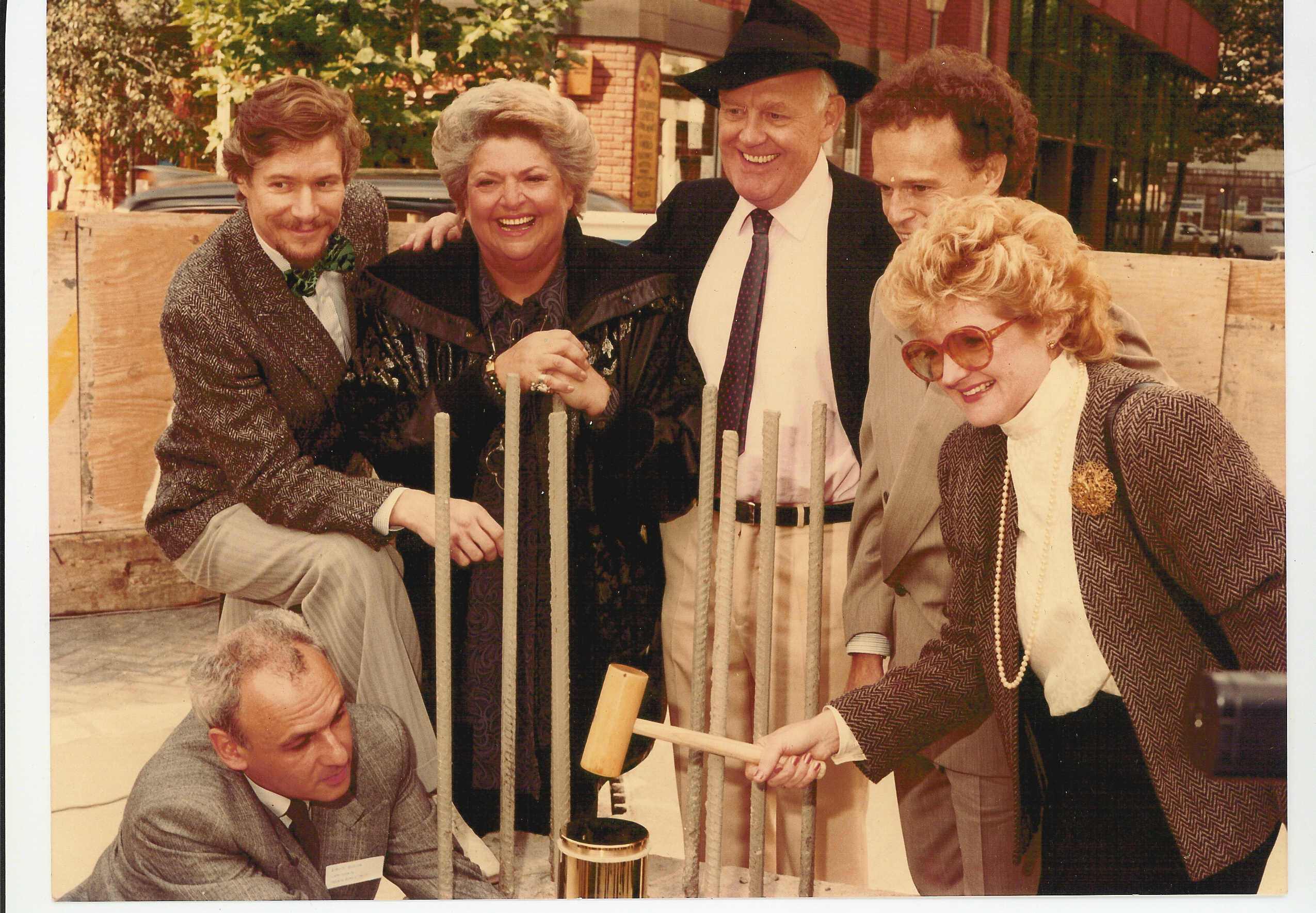 The media coverage of this unusual event helped greatly with further fundraising for the Monument Appeal. Kindly sponsored by Taylor Woodrow PLC and Myton, our two main contractors, the event and after-party were attended by many local residents and businesses. 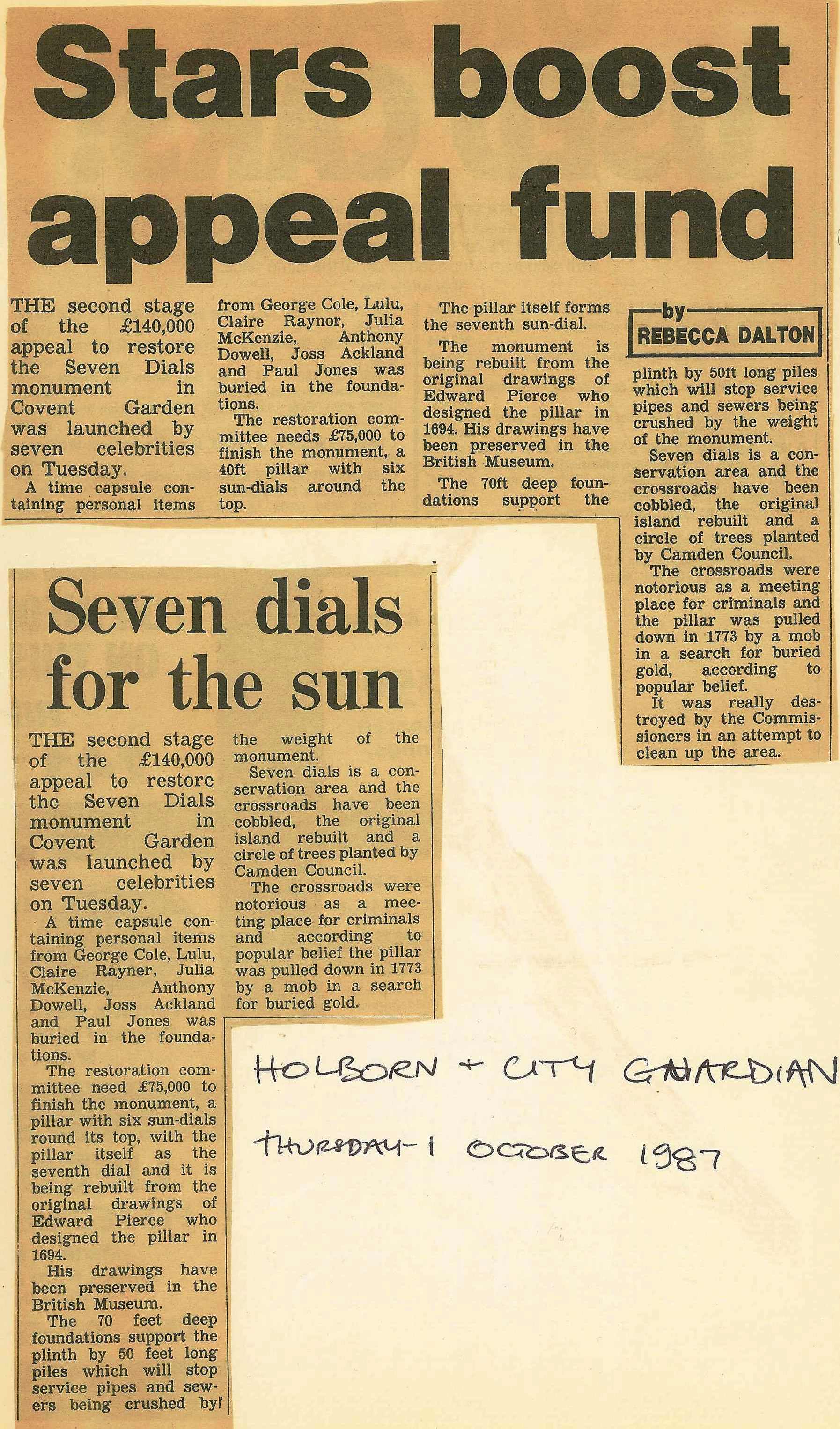 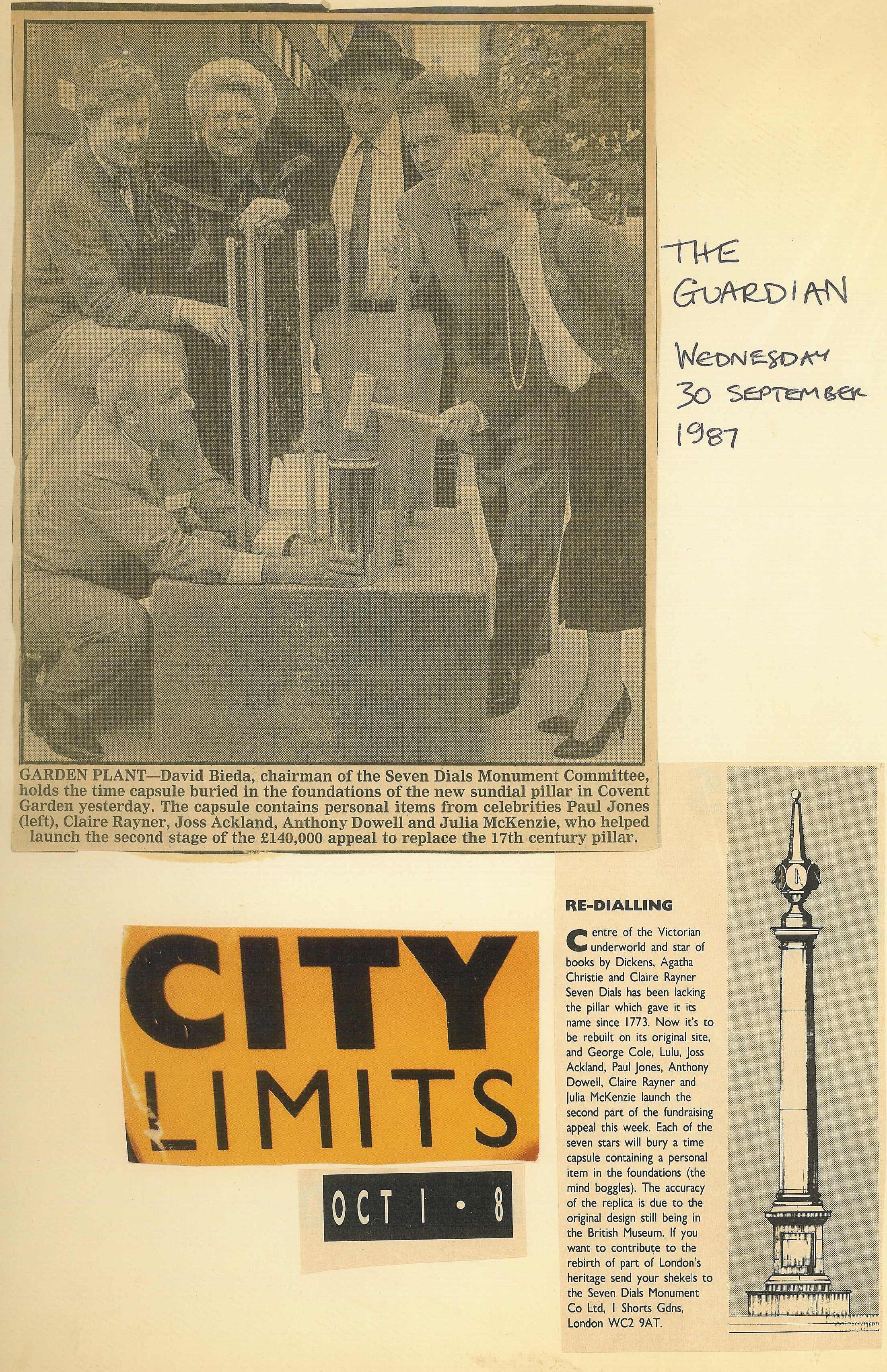 Read 13349 times
More in this category: « A Firm Foundation The Trainee Masons at Work »
back to top

Topping In and Time Capsule