Seven Dials was laid out by Thomas Neale MP in the early 1690s. Neale commissioned England's leading stonemason, Edward Pierce, to design and construct the Sundial Pillar in 1693/4 as the centrepiece of his development. It was regarded as one of London's 'great public ornaments' and the layout and identity of the area revolved around it. On October 5th 1694, the diarist John Evelyn went "to see the building beginning near St Giles, where seaven streetes made a starr from a Doric Pillar placid in the middle of a Circular area."

The Seven Dials Sundial Pillar that you see today is a meticulous reconstruction of that designed and built by Pierce.

Every book on London, including the official Survey of London, refers to the story that the Pillar was pulled down in 1773 by the Mob looking for buried gold. However, research by Trust Chairman David Bieda revealed that the Pillar was removed by order of the Paving Commissioners in 1773 in an attempt to rid the area of 'undesirables' who congregated around it.

“The removal of that great public ornament the Seven Dials, (or as the French refugees of that quarter used to call it, La Pyramide) and the discontent it has occasioned will, it's thought, make the commissioners, or their deputies, more cautious how they take such liberties again, either from false œconomy, secret avarice, or partial complaint. It is certain the nuisance complained of is not thereby removed: the centre where the column stood, being a rendez-vous for blackguards, &c. as much as ever; but, alas! The elegant object, seen from seven different avenues, is and will be no more, unless it rises again in some or one of the commissioners' or surveyor's gardens, or sinks into some body's pocket, while a wide, dreary, and naked prospect of the blackguards, &c. only remains.” — Morning Chronicle and London Advertiser,  June & July 1773.

The remains of the Sundial Pillar were later purchased by the architect James Paine and taken to his home at Sayes Court, Addlestone, but were not re-erected there. In 1820, the remains of the Pillar and the very worn dialstone were purchased via public subscription and re-erected on Weybridge Green as a memorial to the Duchess of York.  Various attempts were made by the London County Council, the Greater London Council and Camden Council to have the Pillar returned to its original site in Seven Dials, but Weybridge Council refused. In 1984 the intricate and fascinating project to reconstruct the Pillar began. 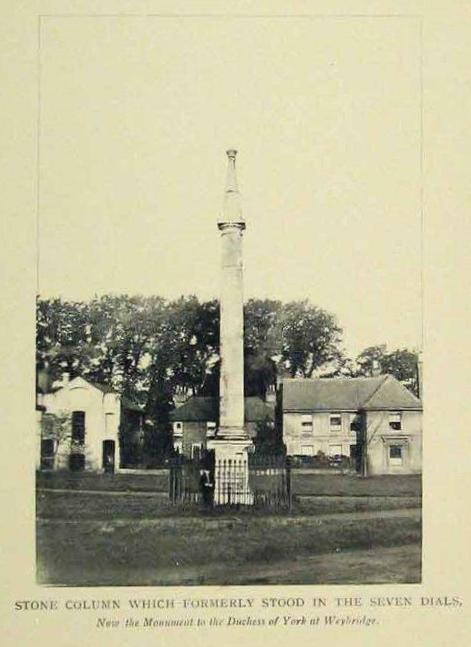 Weybridge pillar surmounted by a coronet, erected by public subscription in memory of Frederica, Duchess of York 1767-1820. 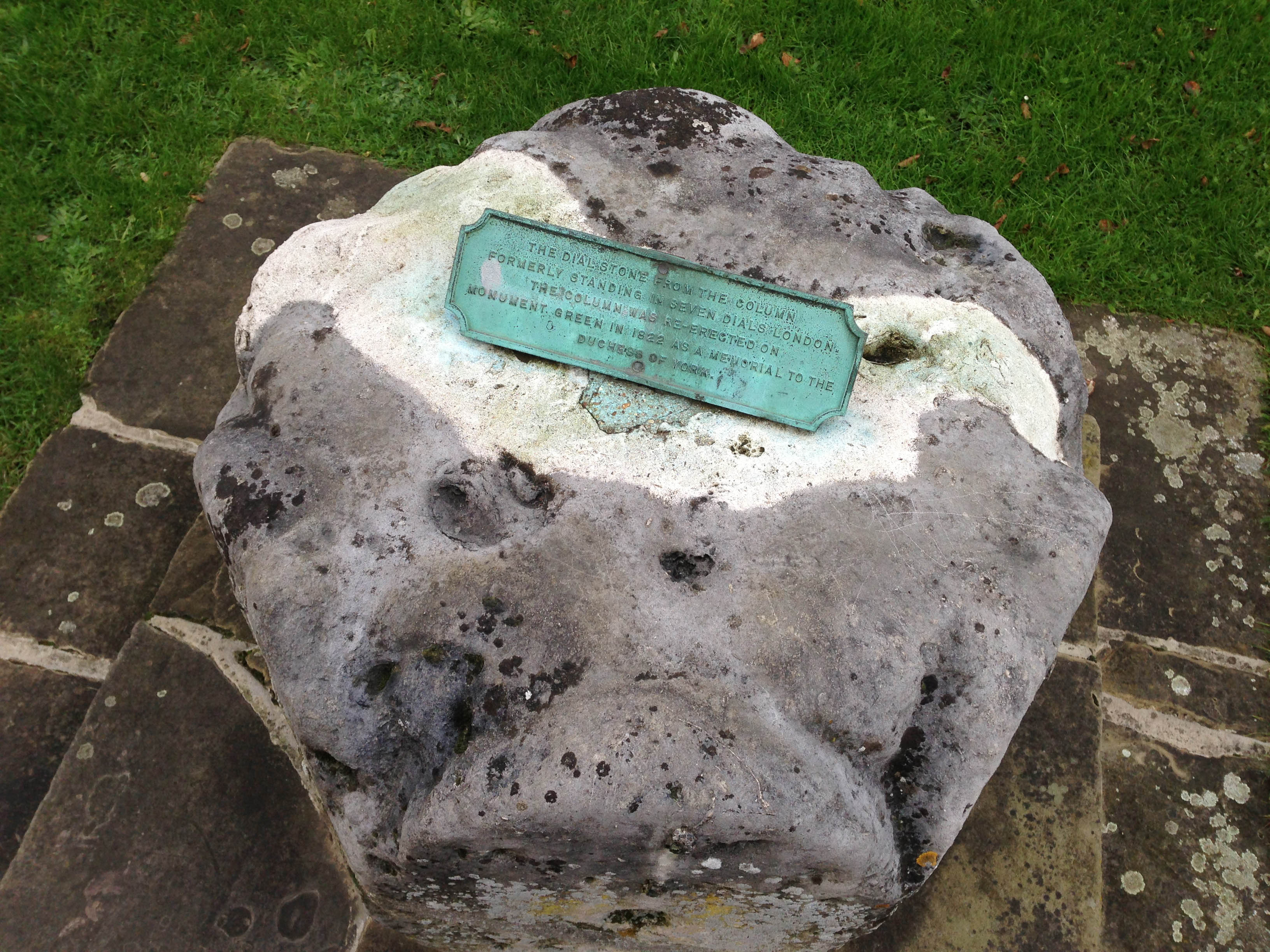 The remains of the original dialstone. 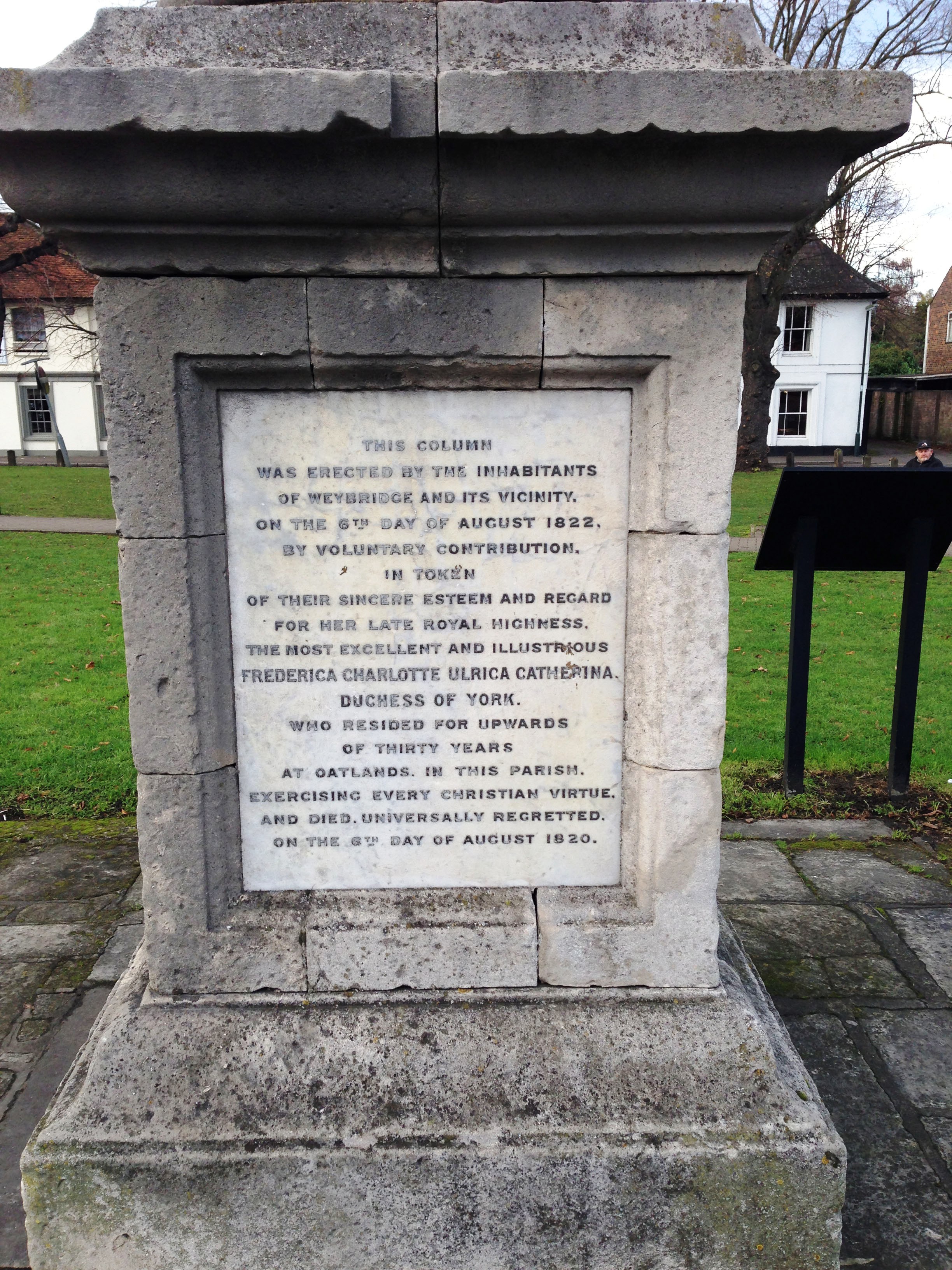 Inscription on the column at Weybridge. 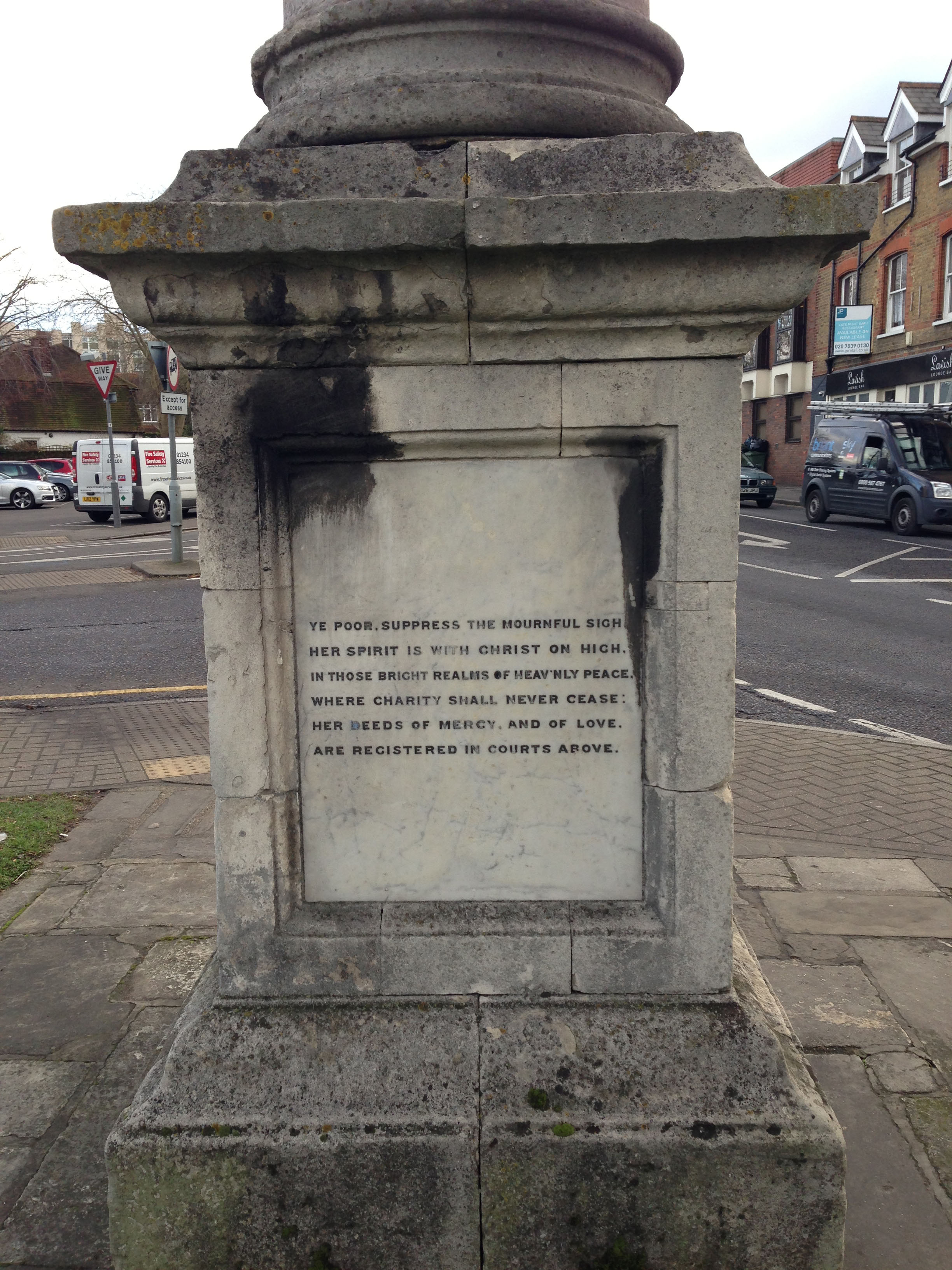 Poem on the reverse side. 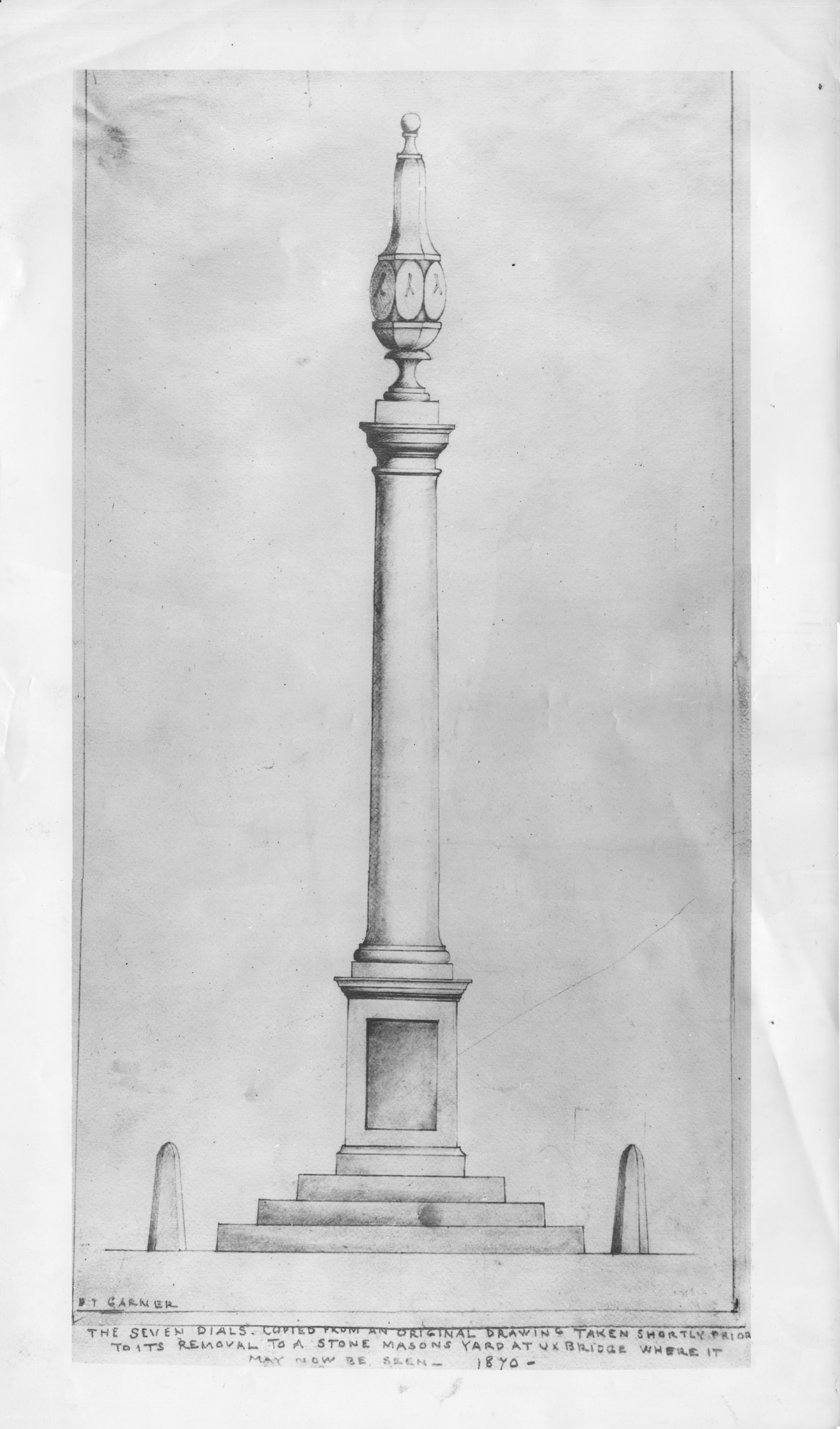 Read 19672 times
More in this category: « A Time for Sundials (more info) Planning and Fund Raising »
back to top