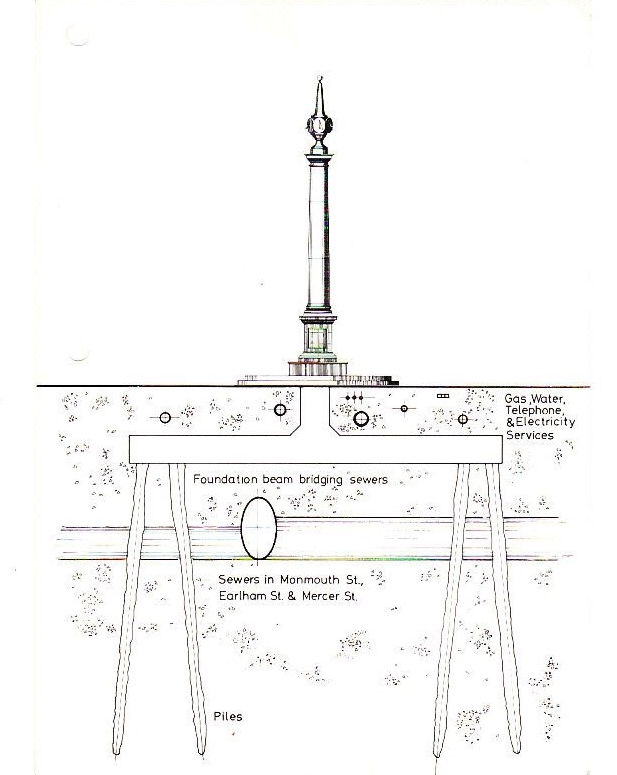 Much scepticism had been expressed as to how to bridge the plethora of underground services across the Dials and, above all, how to engineer a solution which would allow for all eventualities, including the main sewer either bursting or needing repair. Structural engineers Hockley & Dawson's Roger Howard devised the ingenious solution in the drawing above. The Pillar sits on a large concrete 'stool' whose legs are deeper than the height of the Pillar. This means that, if necessary, The Dials could be excavated down to the main sewer with the Pillar remaining standing on its 'stool'. Camden carried out an electro-magnetic survey of The Dials but to explore further our intrepid architect A.D. Mason and Roger Howard descended to check the state of the Victorian main sewer.

In the 1694, while Edward Pierce's masons were waiting for stone to arrive from Portland Bill, Dorset, the labourers and bricklayers would have been building the foundations - a simple task compared with the problems of building a piled foundation today in the middle of the road in one of the busiest areas of Central London.

There are no surviving accounts or drawings which record the form of the foundations of either the Monument of the Fire of London in the City or for Pierce's humbler Sundial Pillar. However, the general arrangement of the foundations in Seven Dials can be reconstructed from the extensive sections of a giant brick cartwheel we encountered when building the foundations for the new Pillar in 1987.

First the labourers would have excavated an area approximately 35 feet square by ten feet deep, down to solid ground. On top of this, the bricklayers built the first stage of the foundations which consisted of a raft of brickwork, 32 feet square by three feet deep. The second stage consisted of a circular hollow drum of brickwork, 26 feet in diameter and seven feet high, braced by a series of radial walls, three feet thick, arranged like the spokes of a vast cartwheel. In the centre, underneath the pedestal of the column, the walls were strengthened further by a pyramid of rubble stonework.

The Trust was faced with a far more complex problem. An intricate web of road drains, sewers, water and, gas mains and electricity and telephone cables had proliferated below the seven roads which meet in the centre of Seven Dials. The position of these services effectively dictated the arrangement of the new foundations.

In 1987 three 60-foot deep concrete piles were constructed inside concrete sleeves which had been carefully threaded through the web of services. The piles were then connected to each other by a T-shaped arrangement of horizontal ground beams which span from pile to pile above the deep level sewers and below the services which run immediately below the surface of the road.

Below are pictures following the sequence of the works: 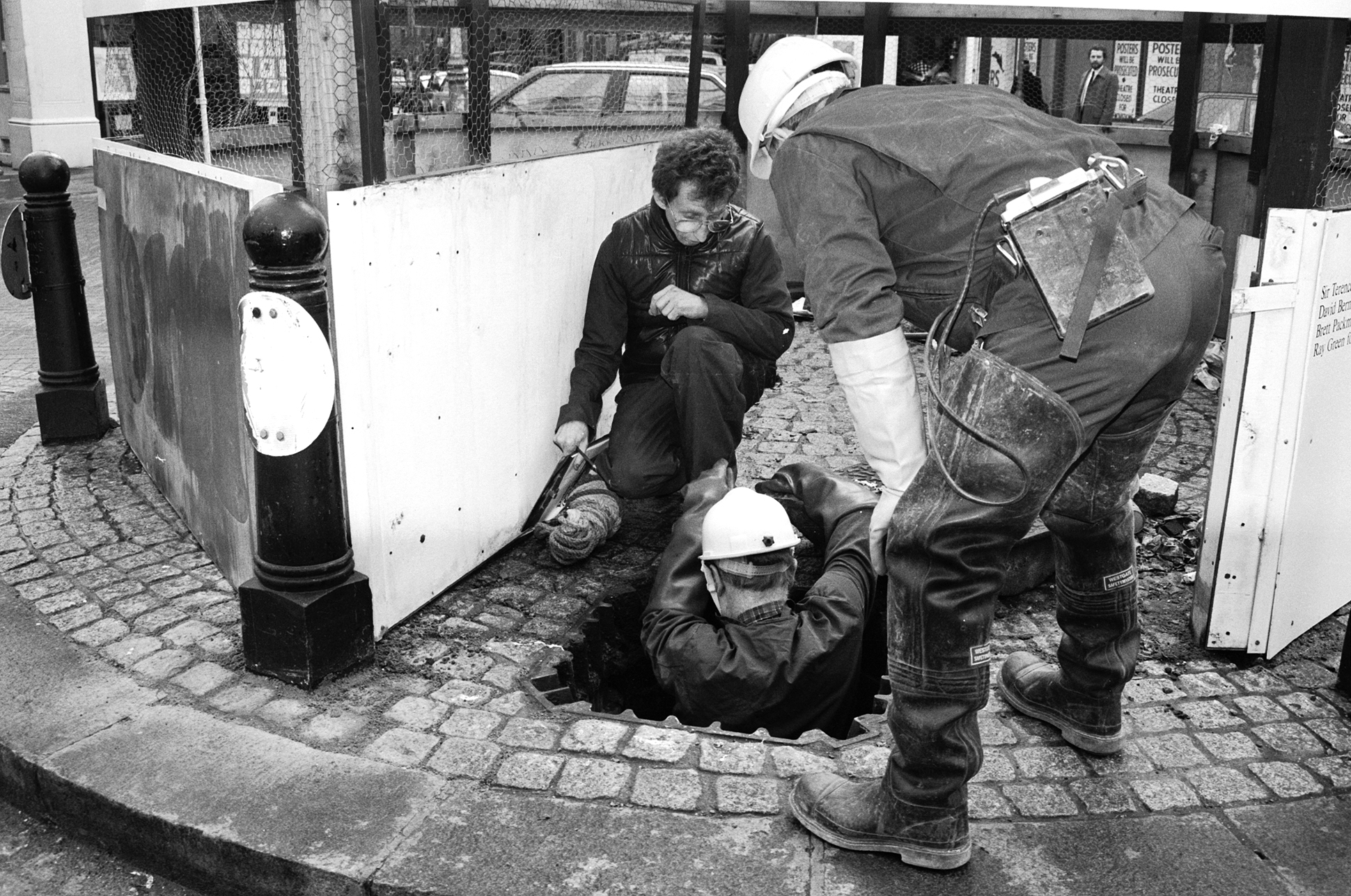 Architect A.D. Mason makes an intrepid descent into the Victorian sewers that run beneath the Dials, watched by Roger Howard and assisted by Thames Water personnel. 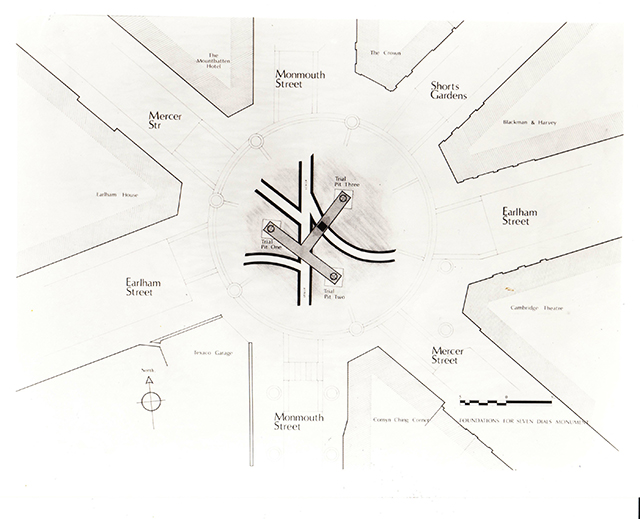 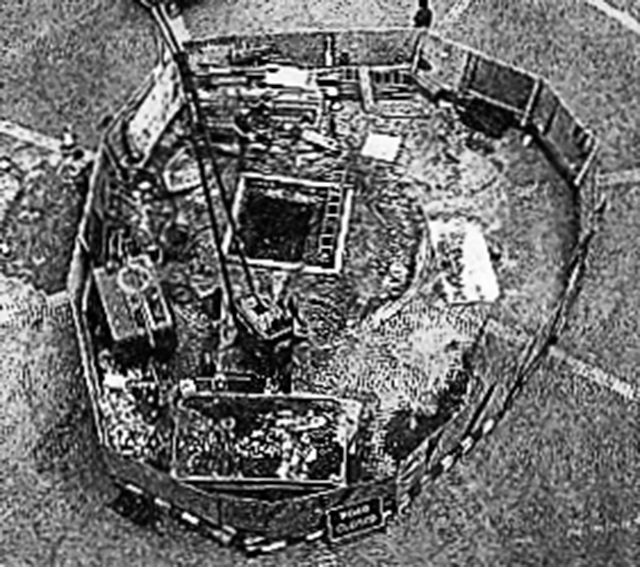 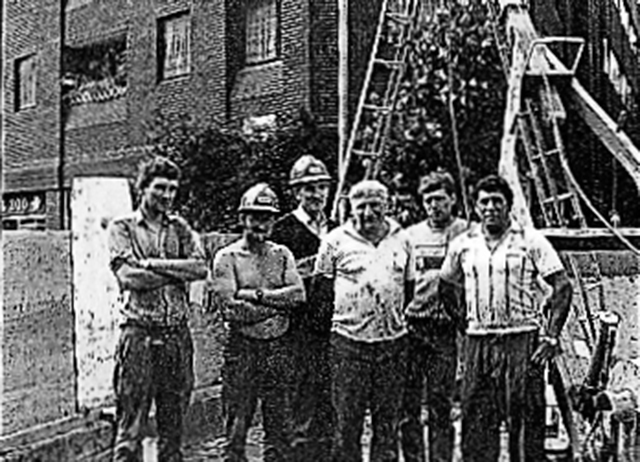 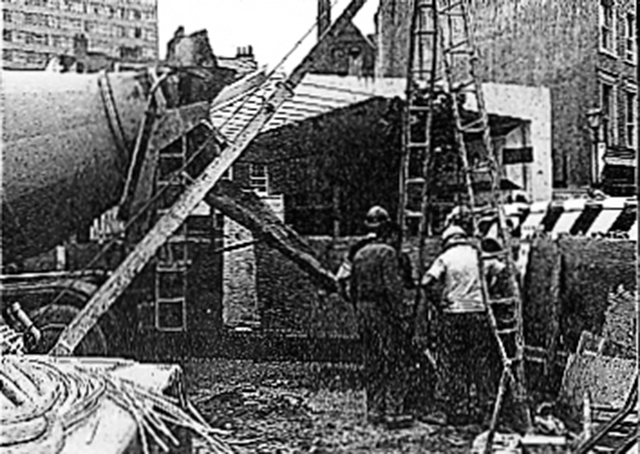 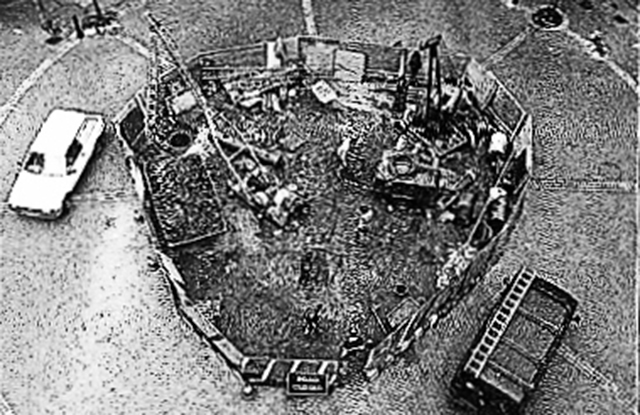 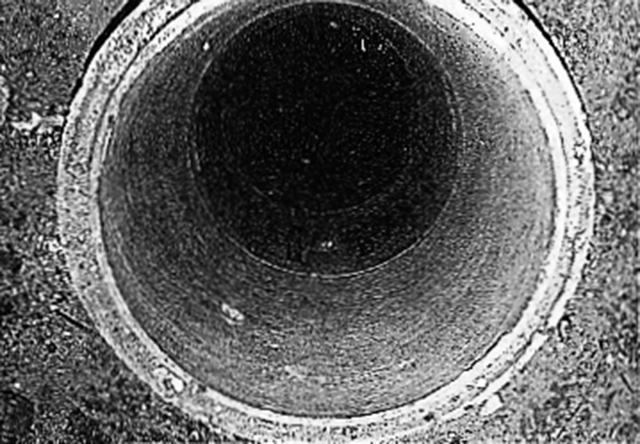 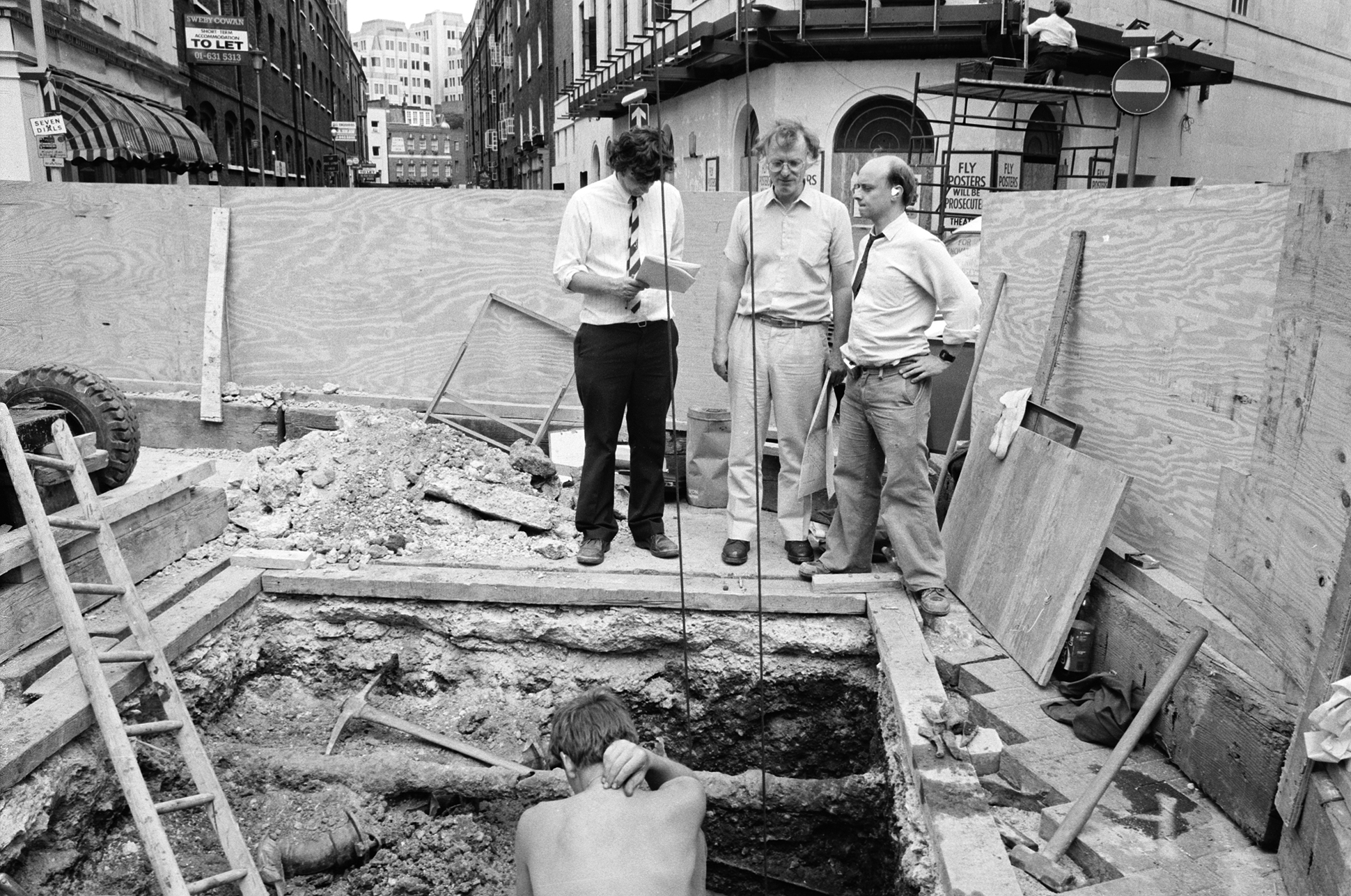 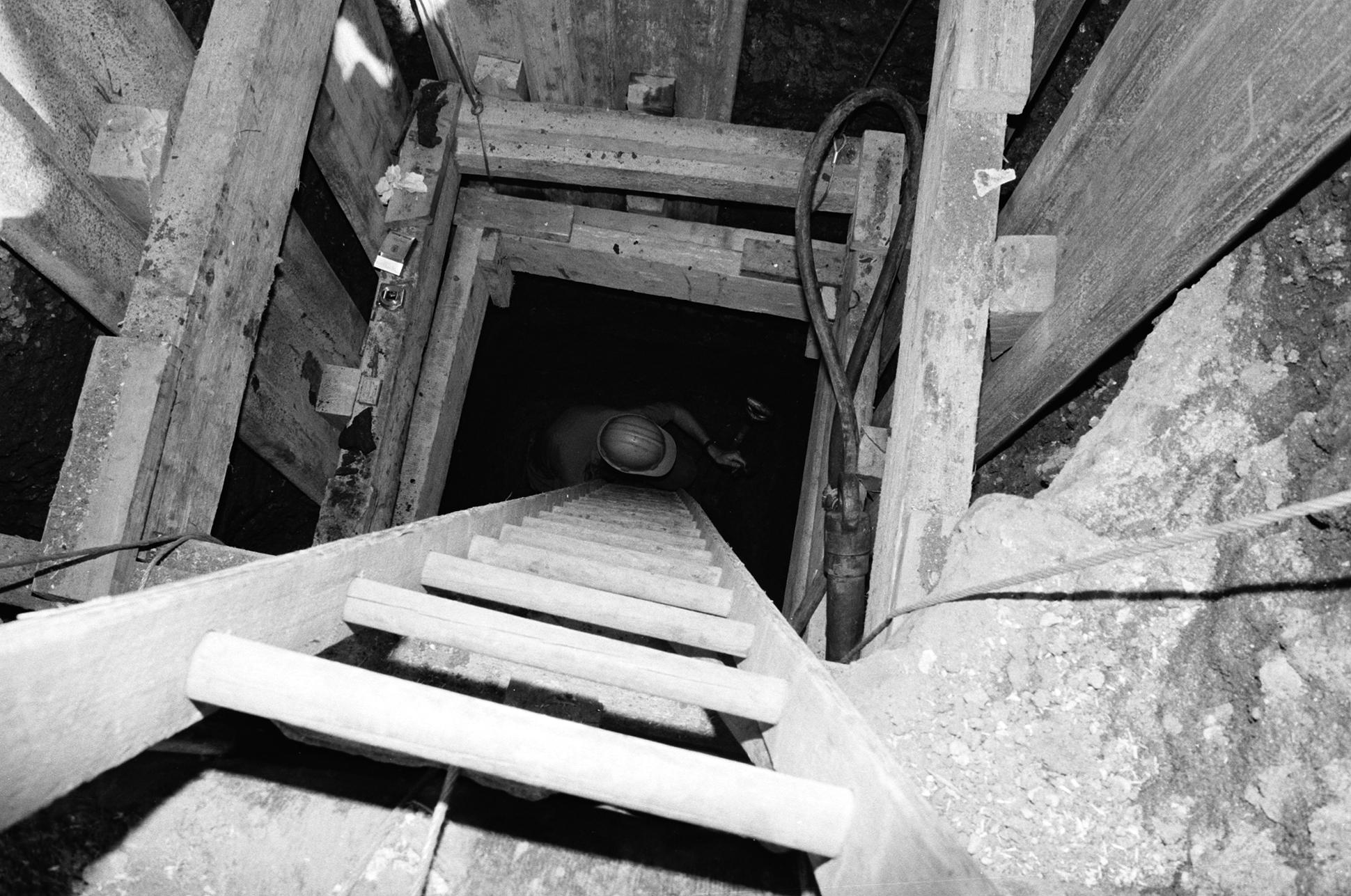 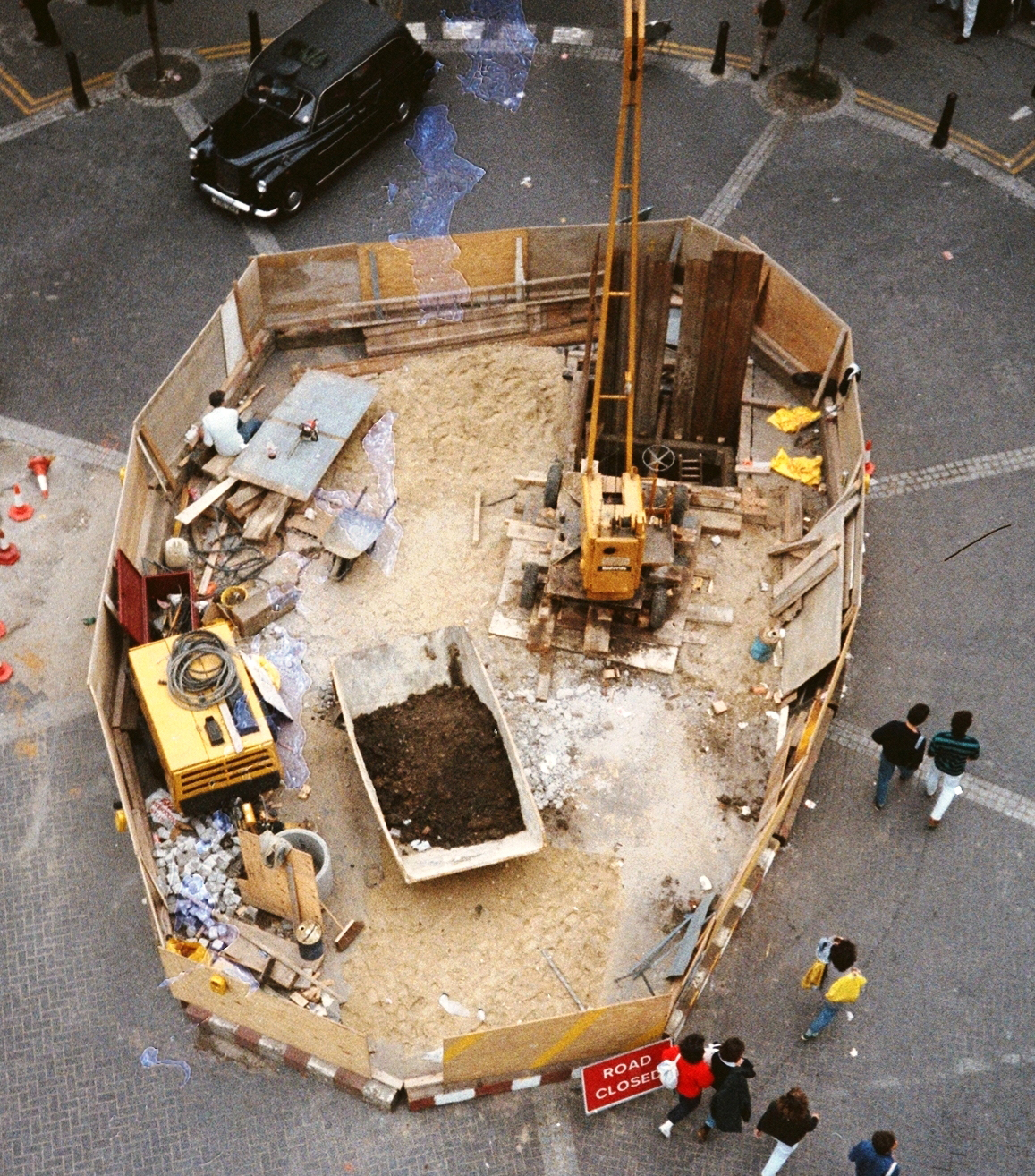 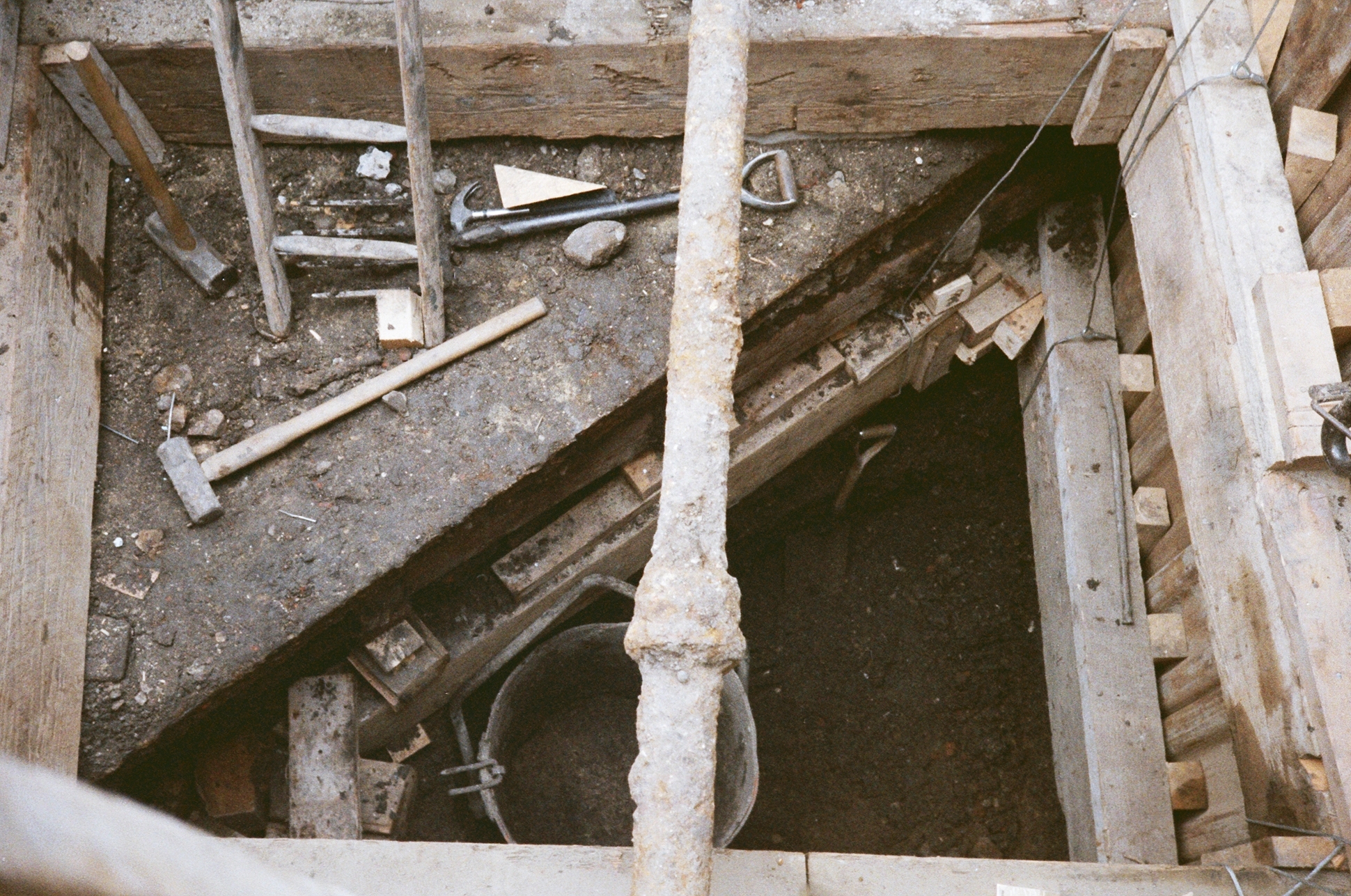 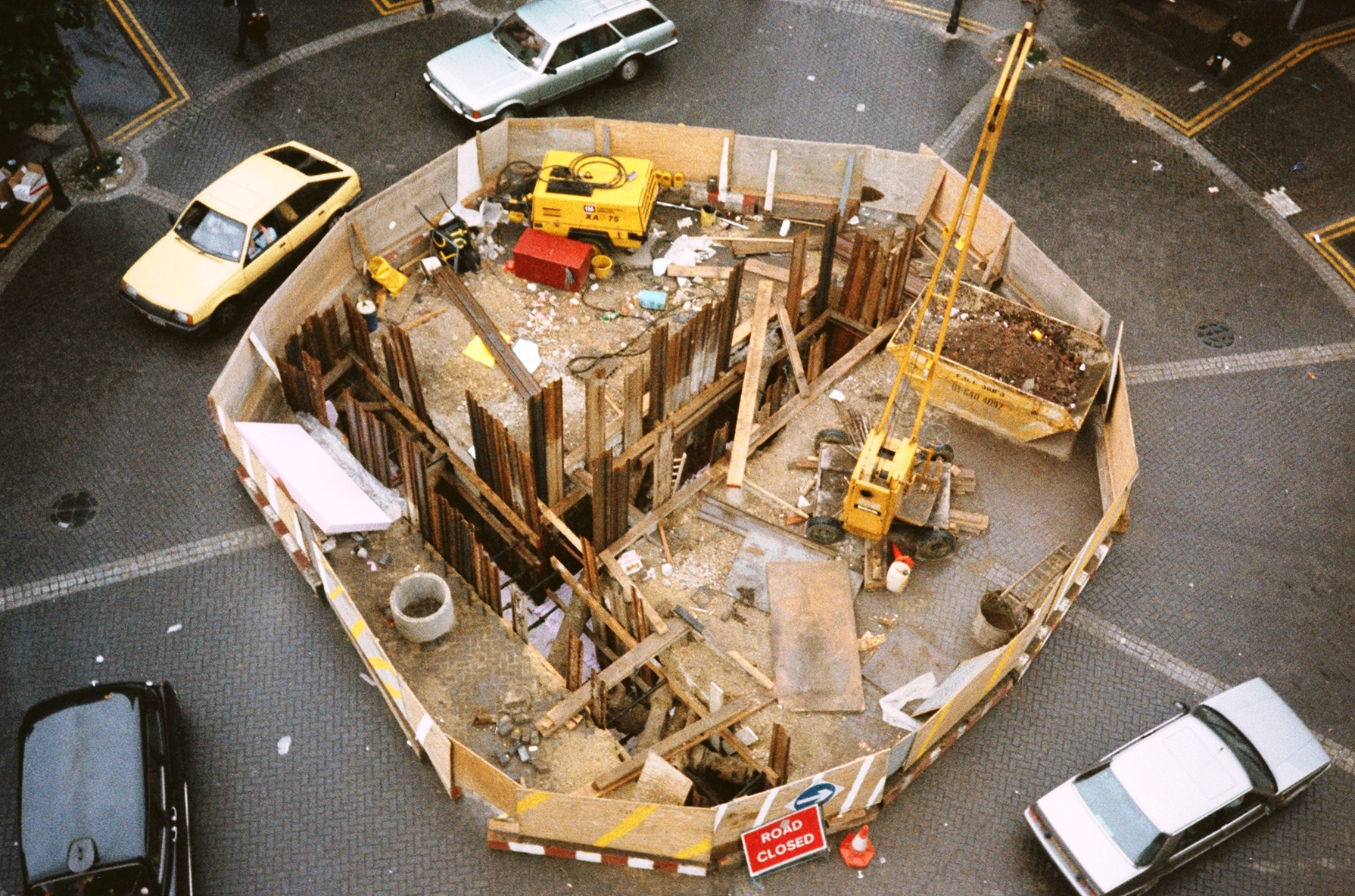 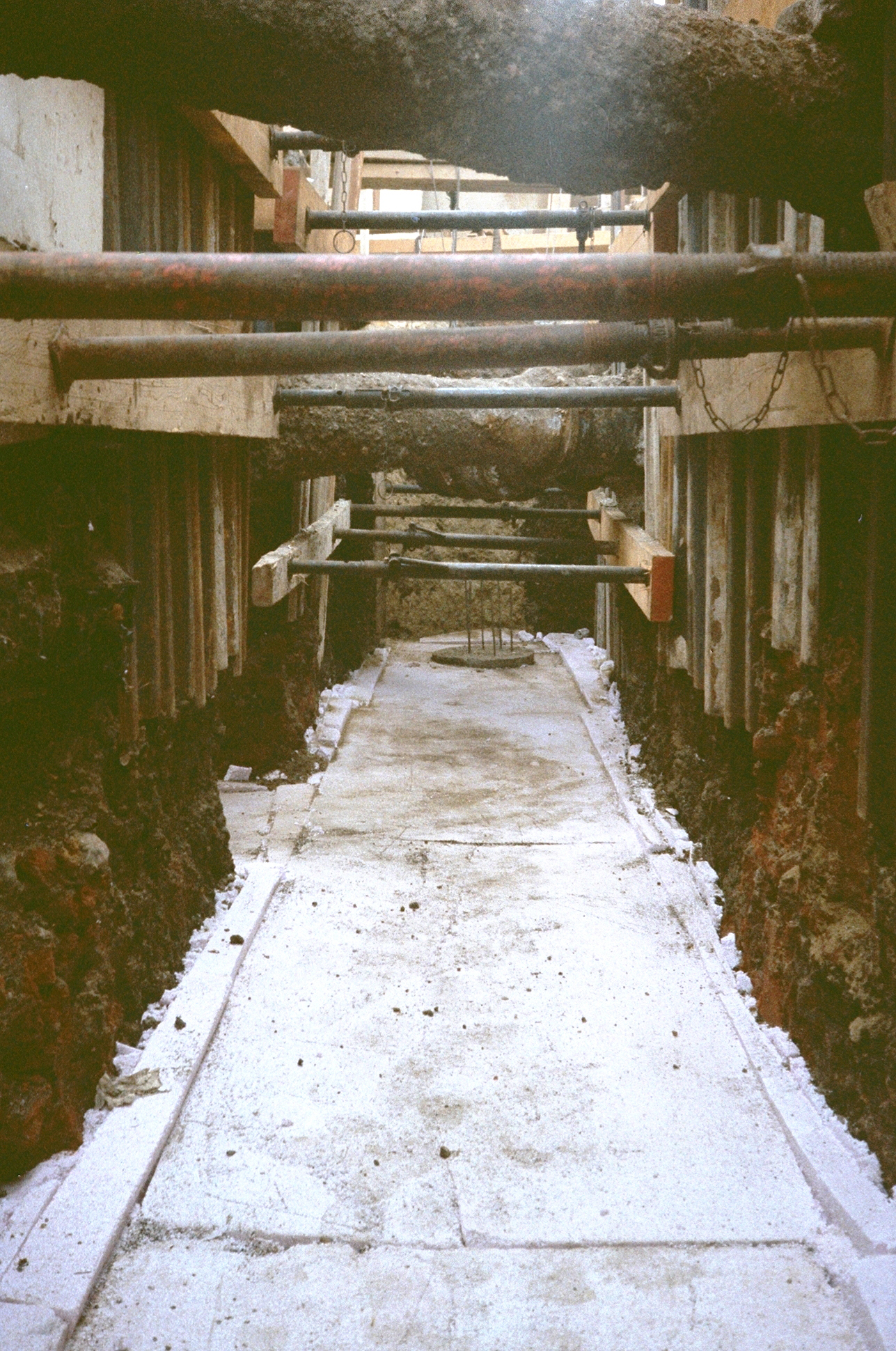 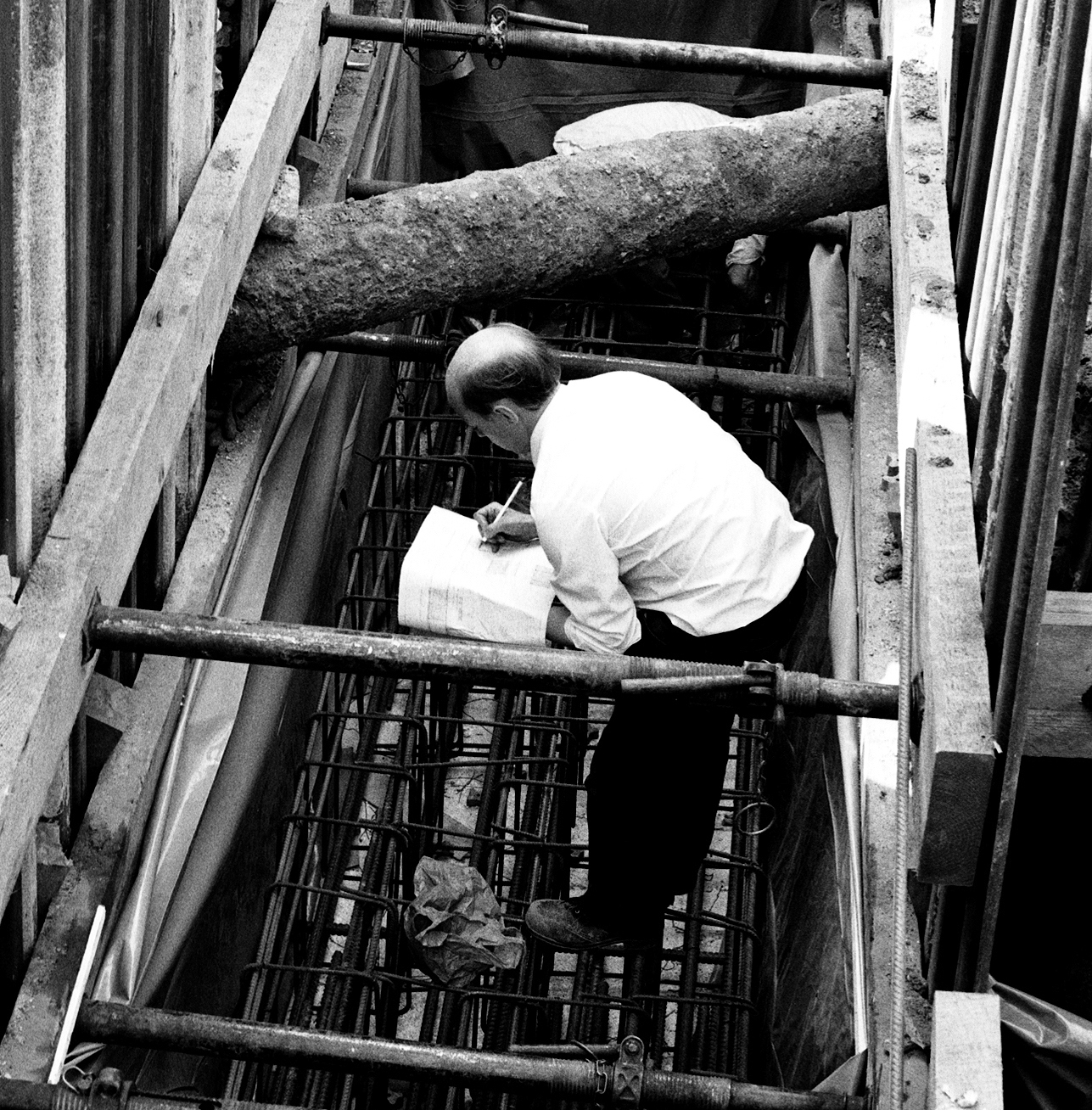 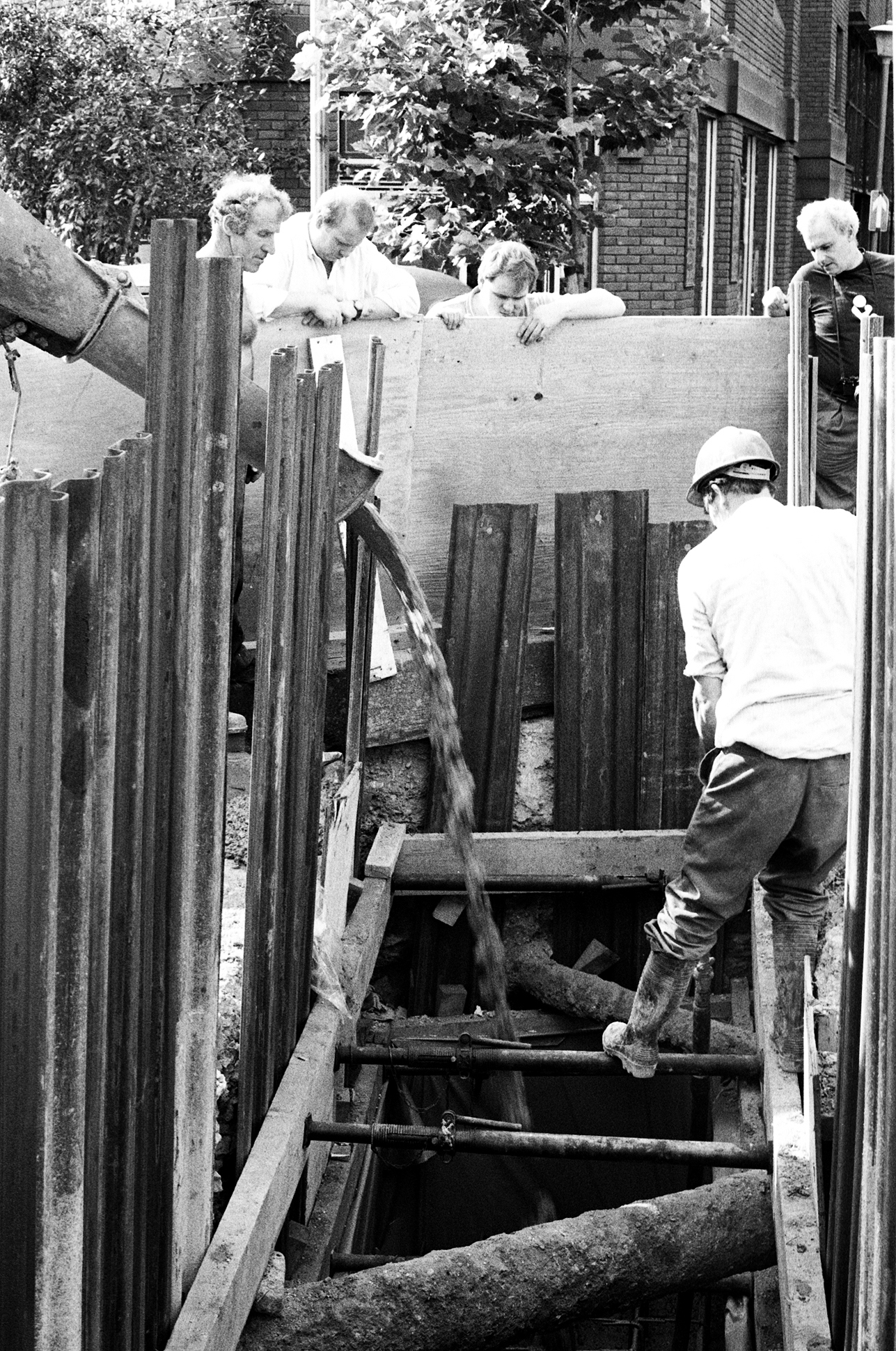 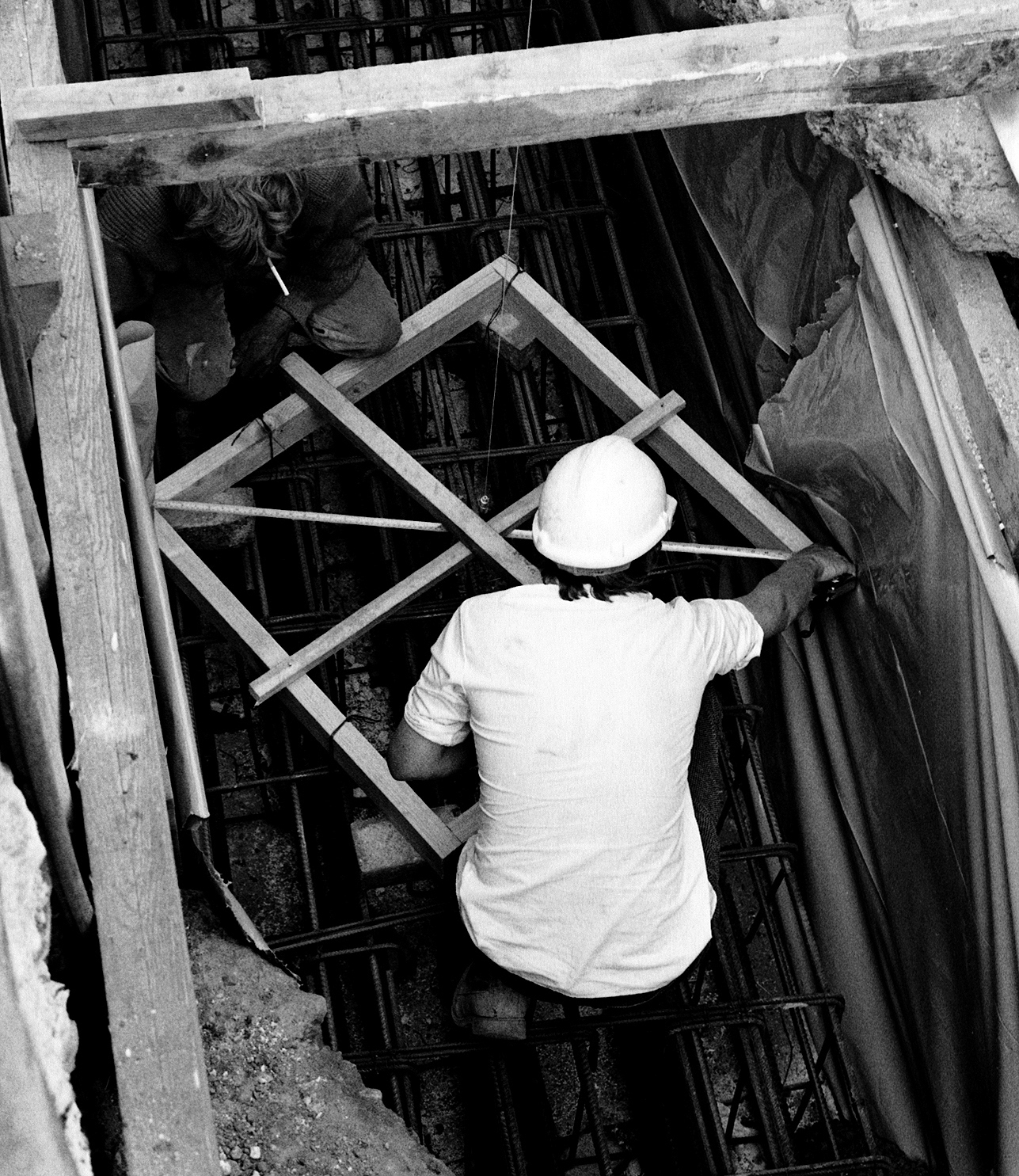 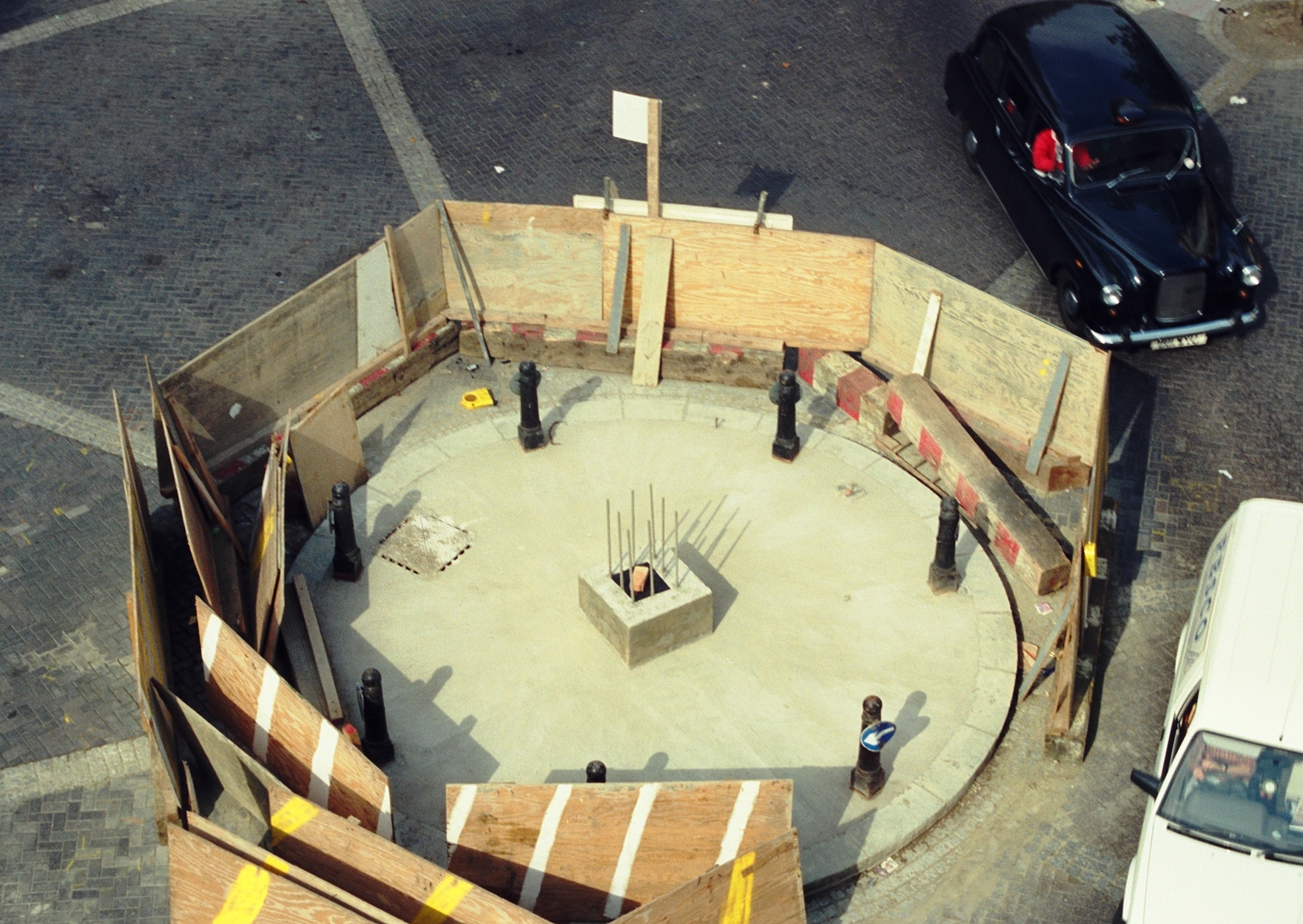 Read 13454 times
More in this category: « Designing the Pillar and Foundations Topping In and Time Capsule »
back to top