Some of the press coverage re Seven Dials spanning more than two centuries. 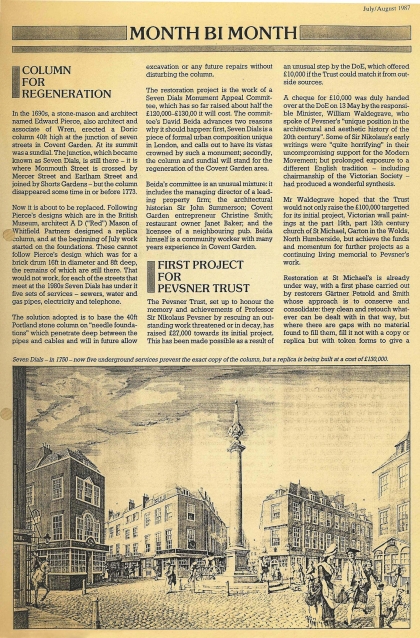 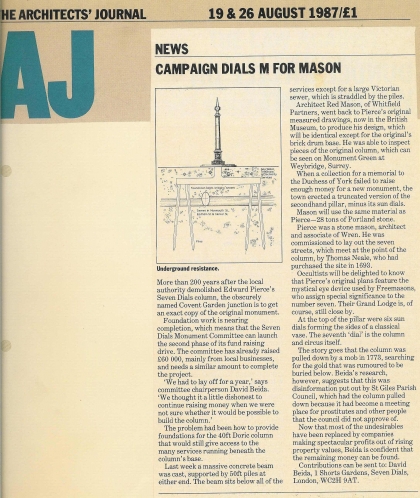 1987—Touch of Magic at a Soho Monument 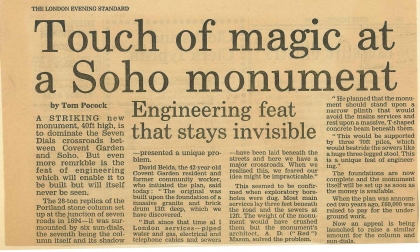 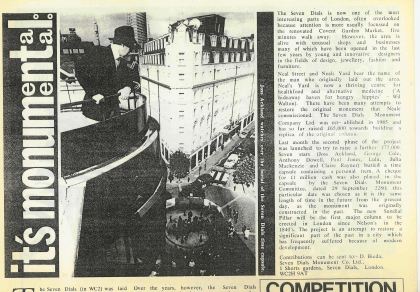 1987—Seven stars with seven gifts for the future 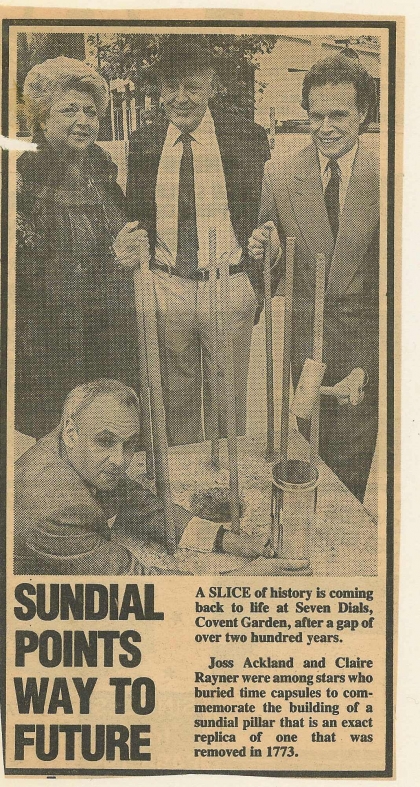 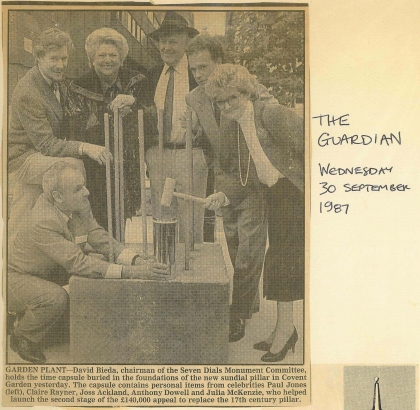 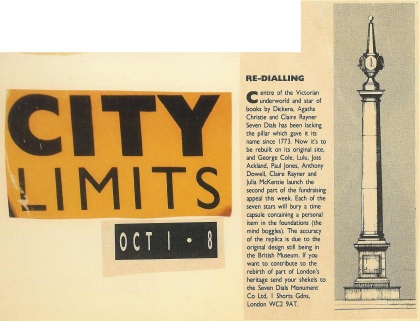 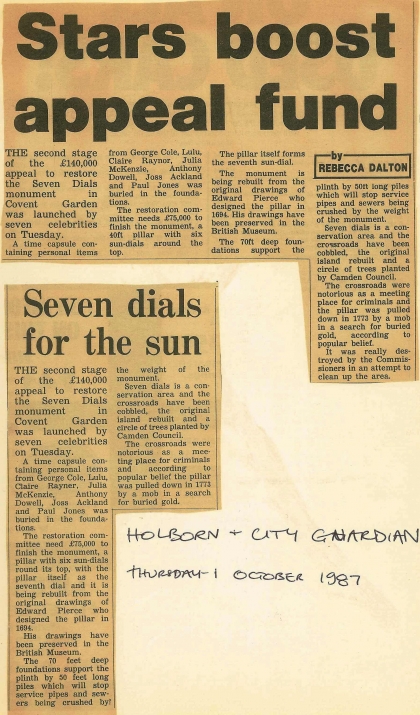 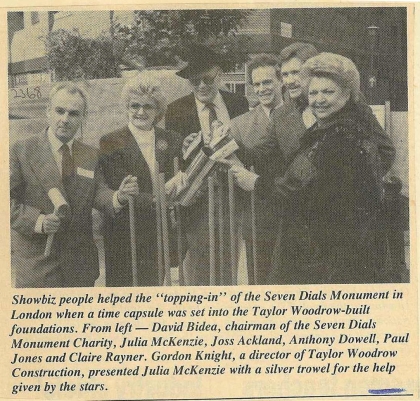 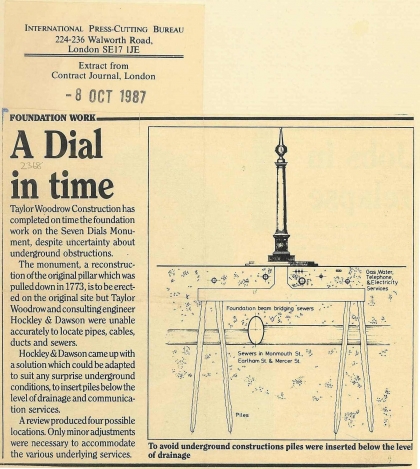 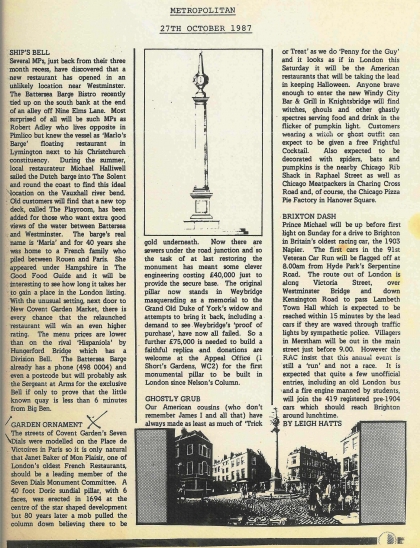 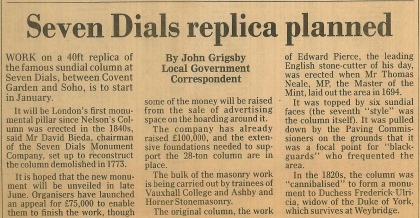 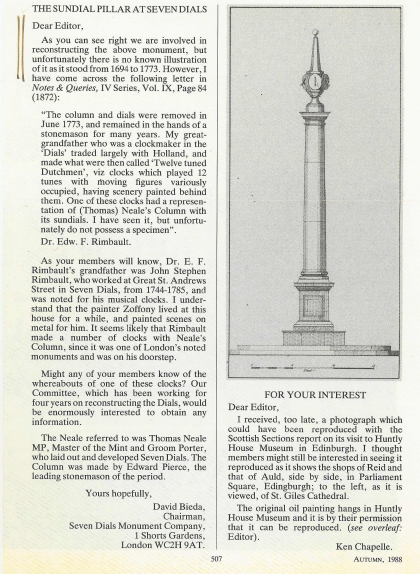 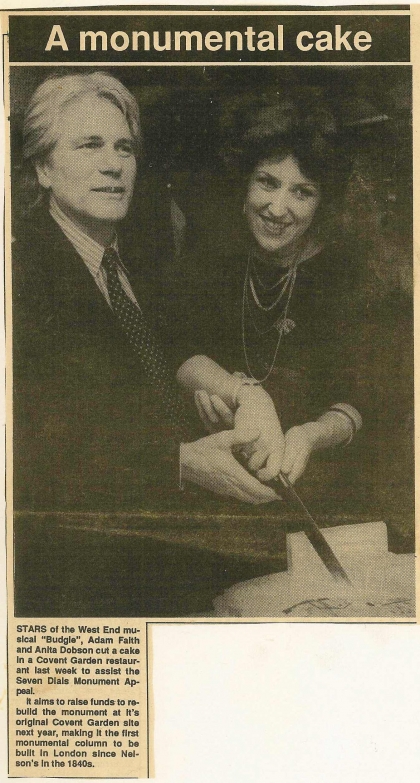 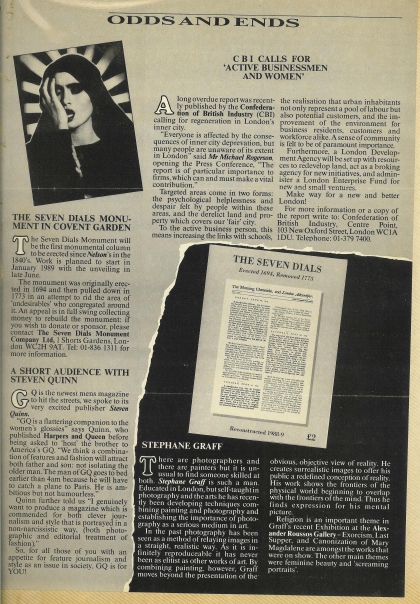 1989—Invitation to the Unveiling 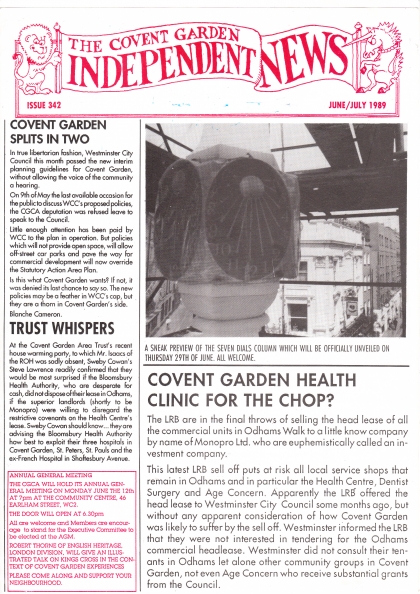 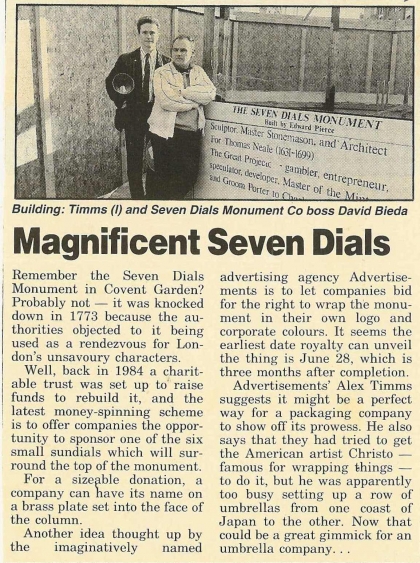