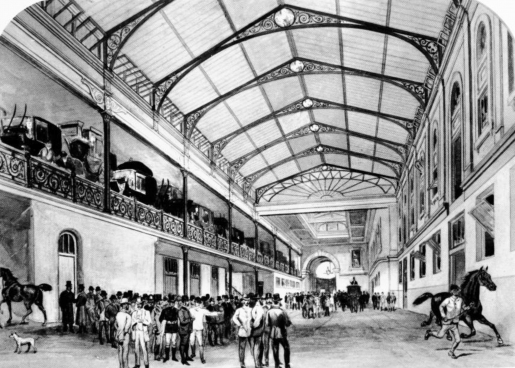 We're delighted that Westminster City Council has chosen to sponsor one of the Trust's People's Plaques, through funding from  the St James' Ward Fund. The plaque chosen celebrates Aldridge's Horse Bazaar, whose extensive premises occupied the site on Upper St Martin's Lane which is now occupied by Orion House and Meridian House. 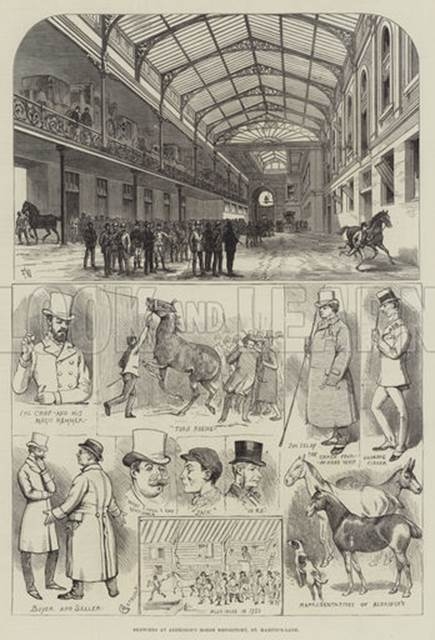 Opened in 1753, Aldridge's Horse Bazaar or Repository for Horses and Carriages was a famous horse mart, located close to Long Acre which was famous for its carriage and coach building and ancillary trades. During the mid 19th century there were accusations of insider dealing and the proprietor advertised many auctions with the statement that 'under no circumstances is the practice of misrepresenting the ownership of horses ever resorted to.' In 1895 it was described  as 'especially famous for the sale of middleclass and tradesmen's horses'.

The last horse sale was held in 1926, but by then there had also been many greyhound sales, and motor cars had been sold there from as early as 1907.  Aldridge's closed in 1940 and the buildings were demolished in the 1950s.

Read 4956 times Last modified on Saturday, 28 March 2020 22:30
Published in The Trust News
Tagged under
More in this category: « New Look for Earlham Street West Pioneering Midwives Remembered »
back to top