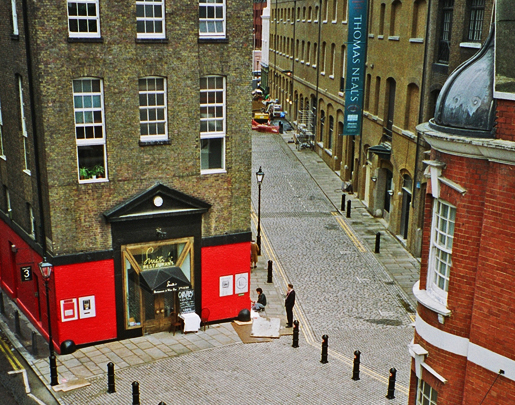 The template recommended and implemented was York stone footways with the carriageway in setts. All the bollards, specially designed street name plates and lamp columns were embossed with the symbol of the ancient Parish of St. Giles-in-the-Fields. The existing seven different sorts of bollards were removed. Works on the carriage-way included informal raised crossing points for pedestrians, linked where possible to entrances and doubling up as traffic calming measures. Improvements were also made to the Seven Dials roundabout where a circle of small York stones was installed around the perimeter. The scheme was devised by Peter Heath of Civic Design Partnership. 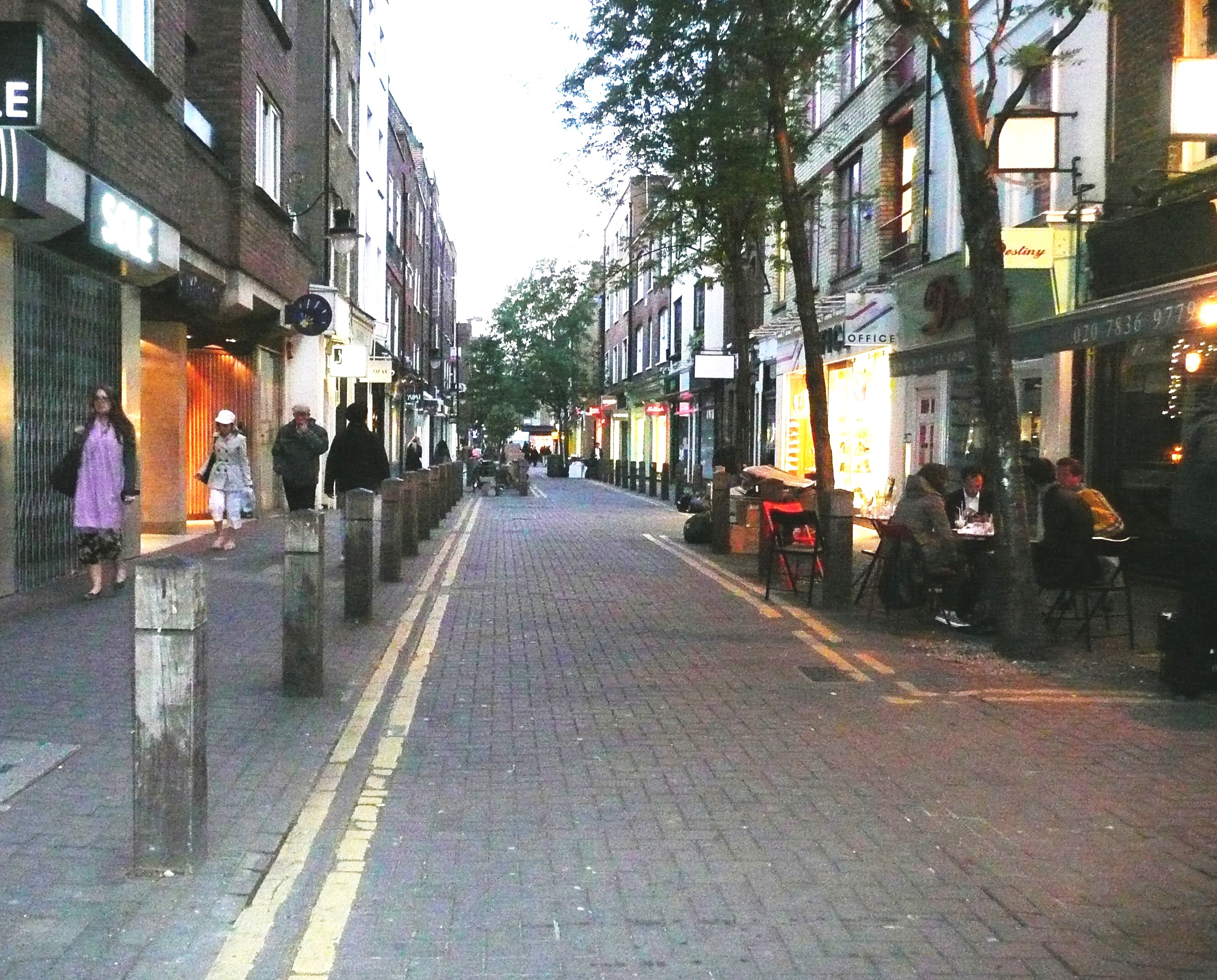 Neal Street improvement scheme 1984. Without the benefit of the Renaissance Study. 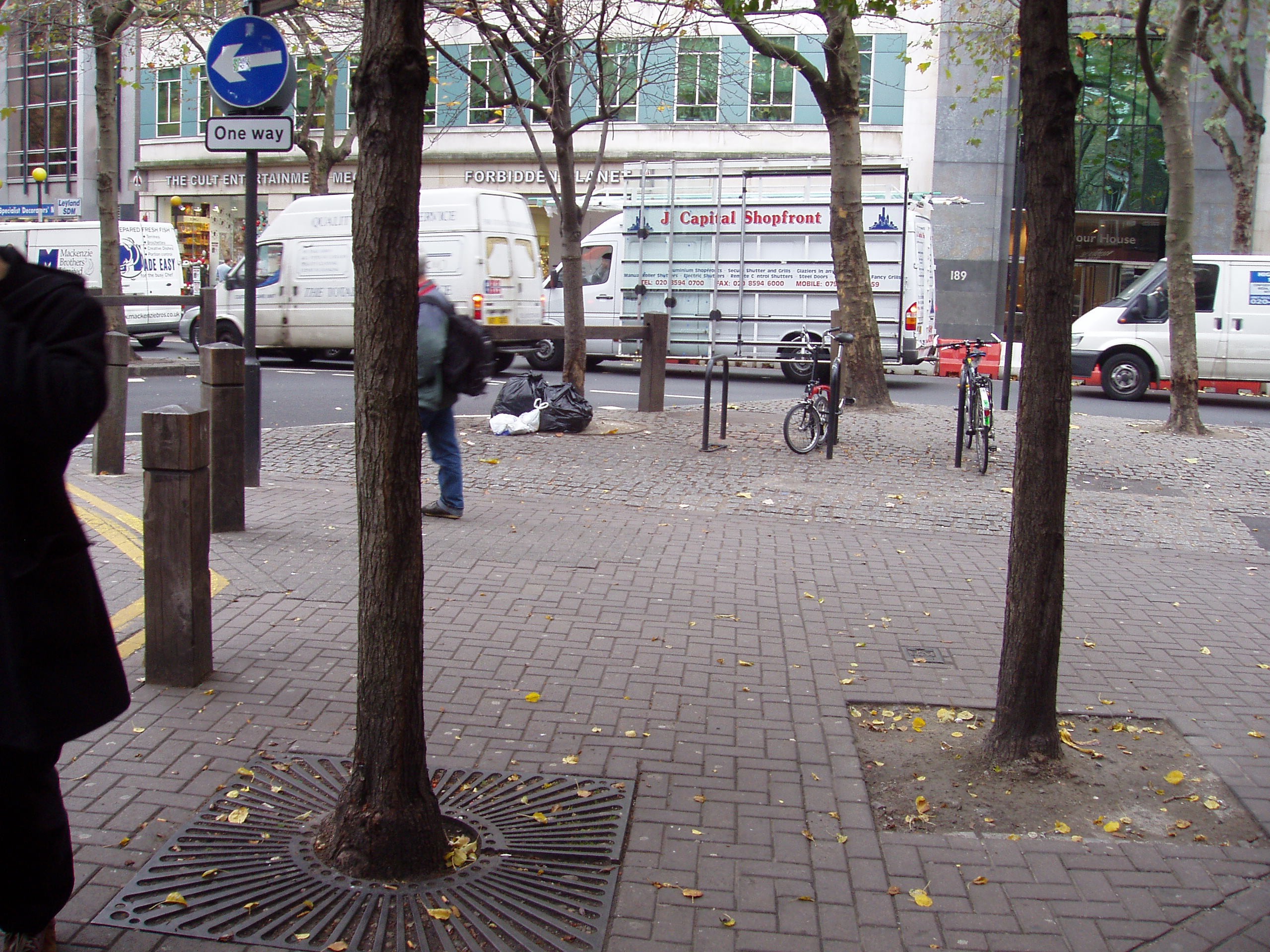 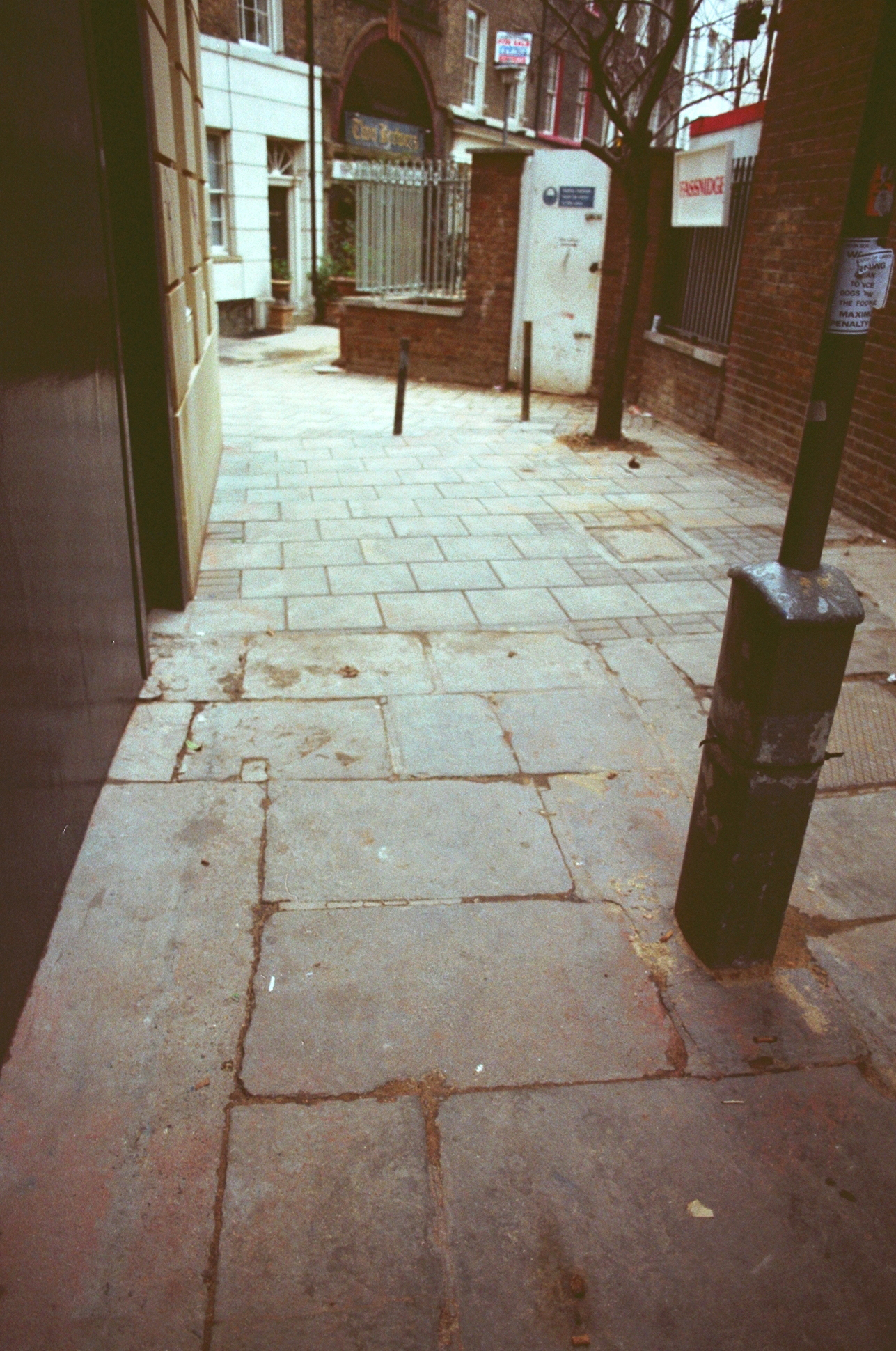 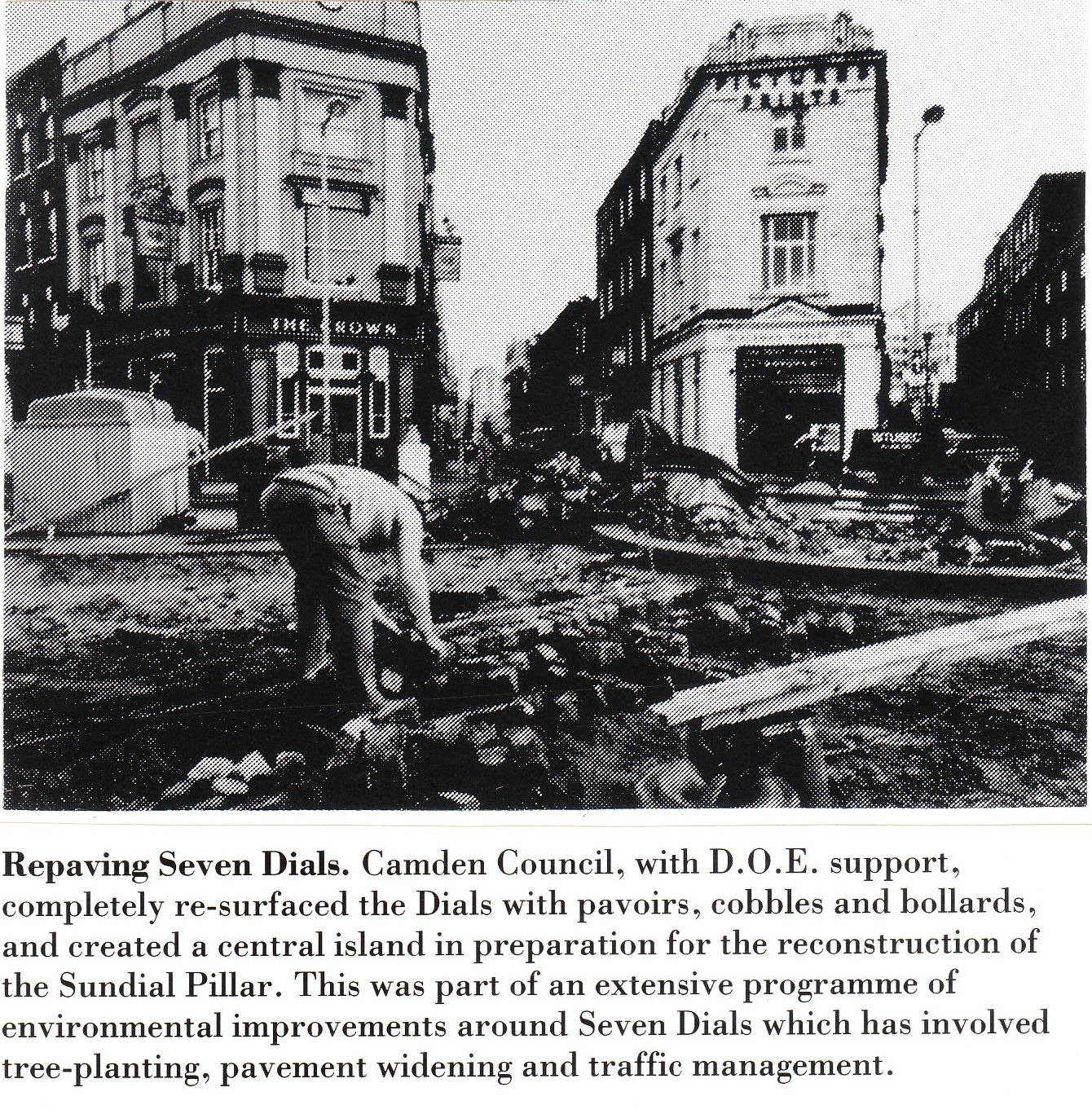 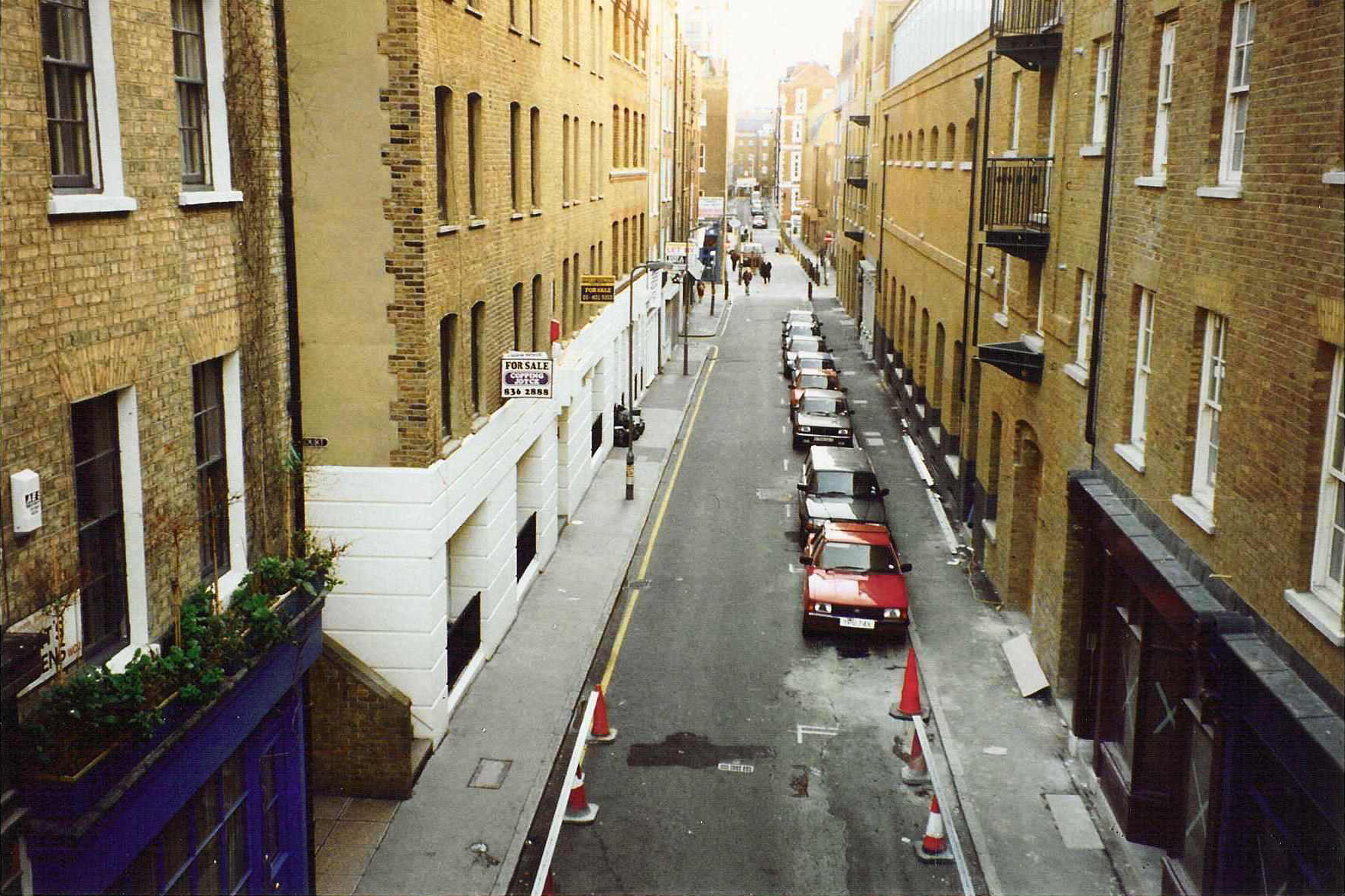 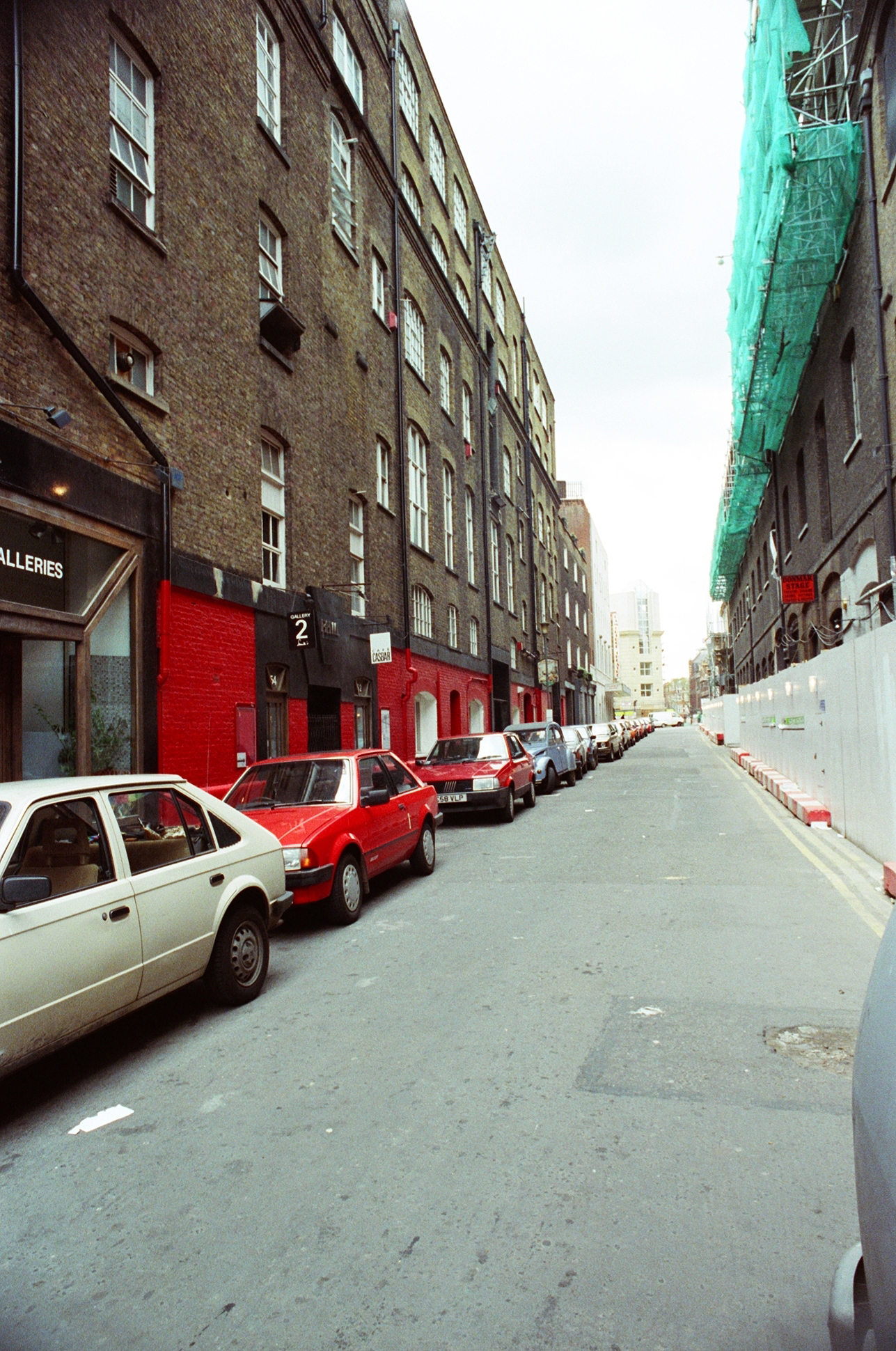 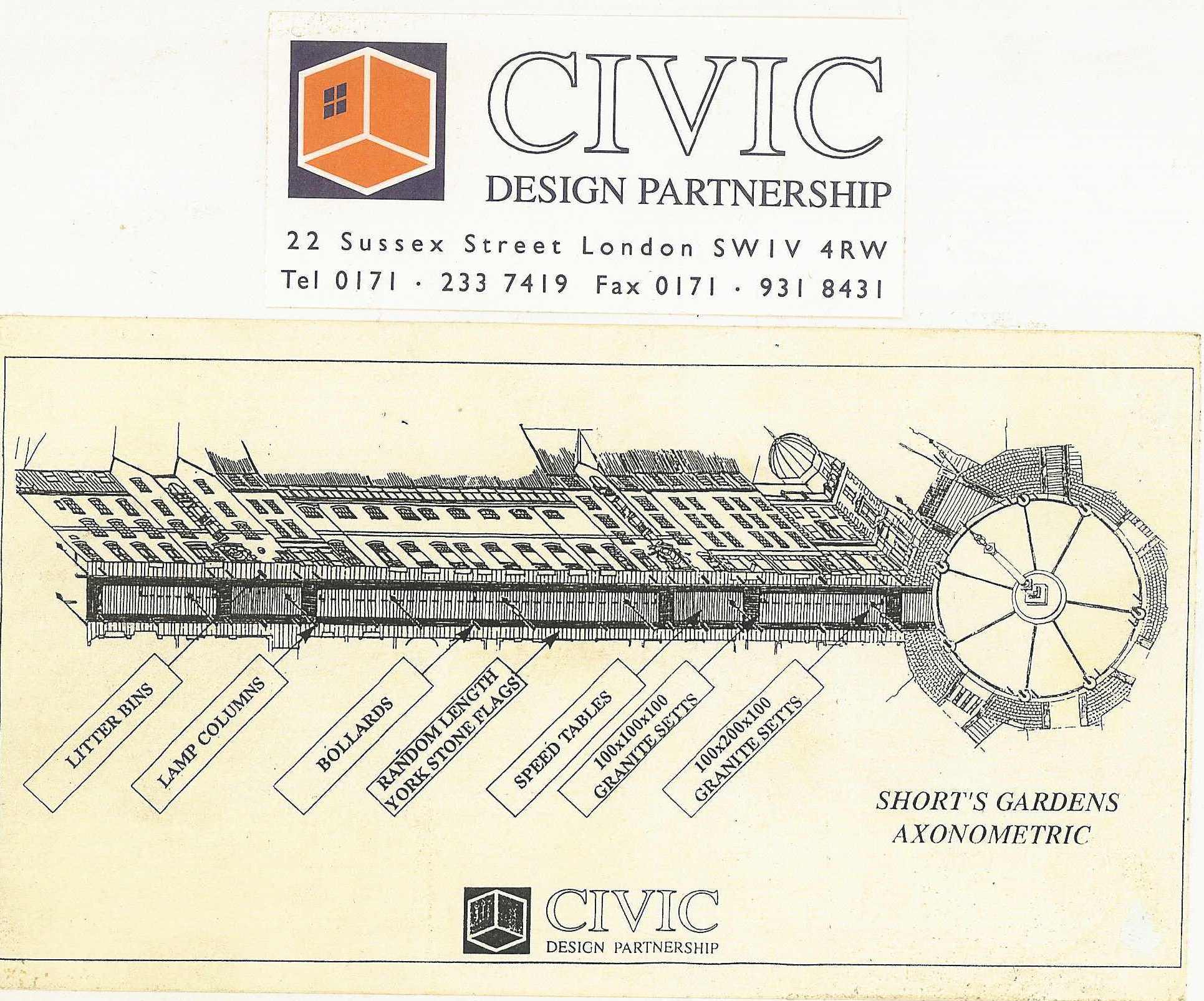 Short's Gardens axonometric, one of many drawn up by Peter Heath. 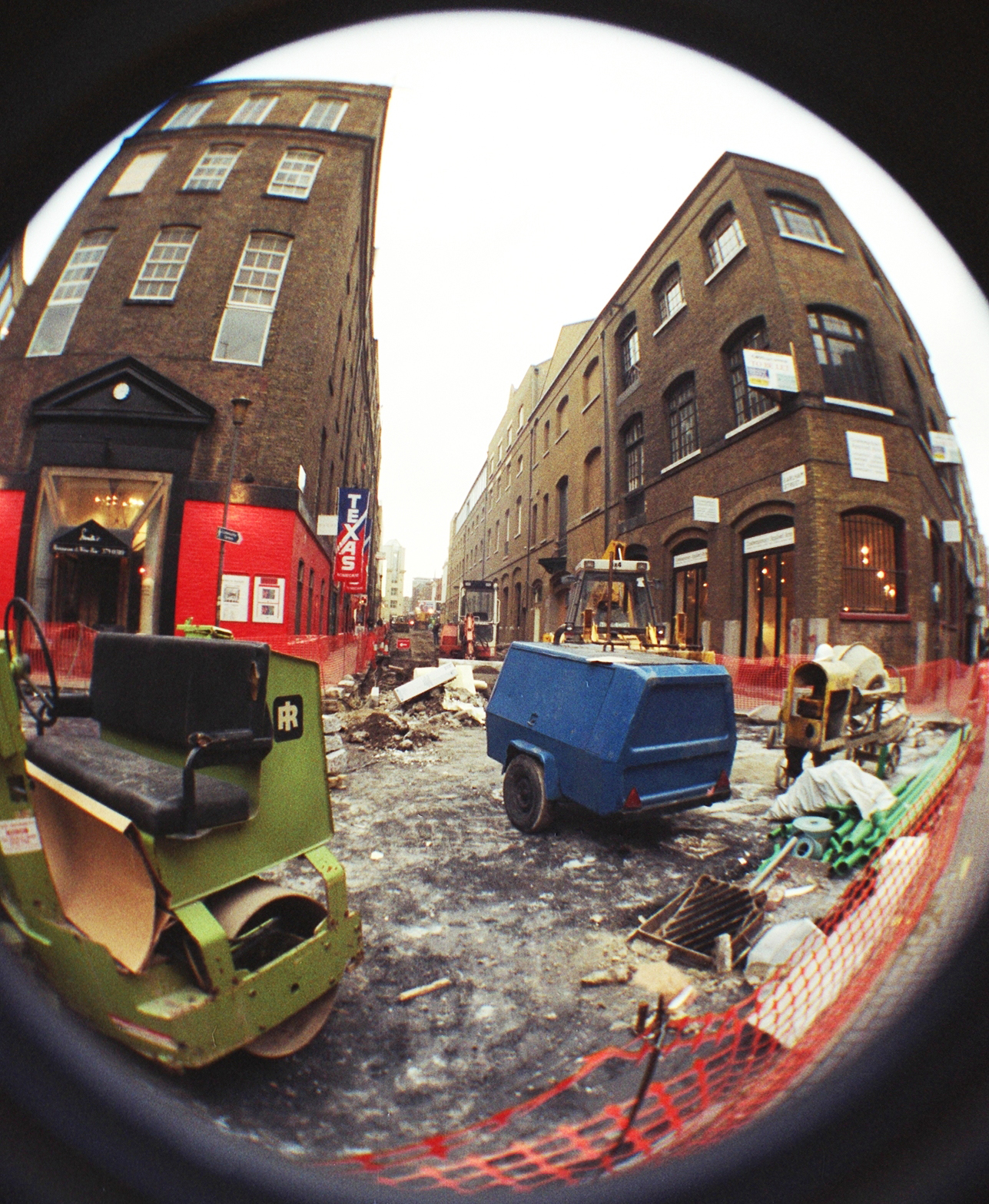 The works begin on Neal Street and Earlham Street east. 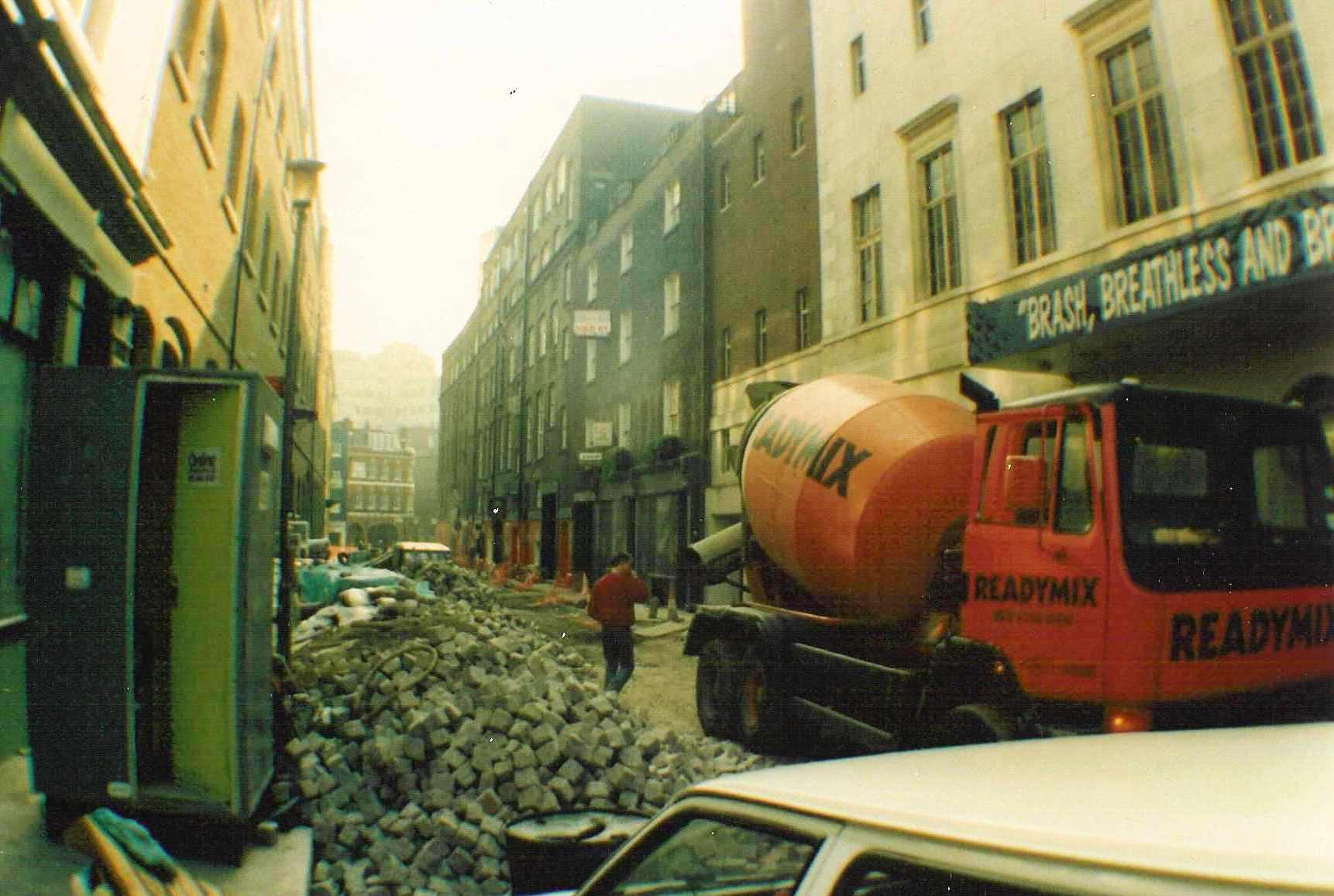 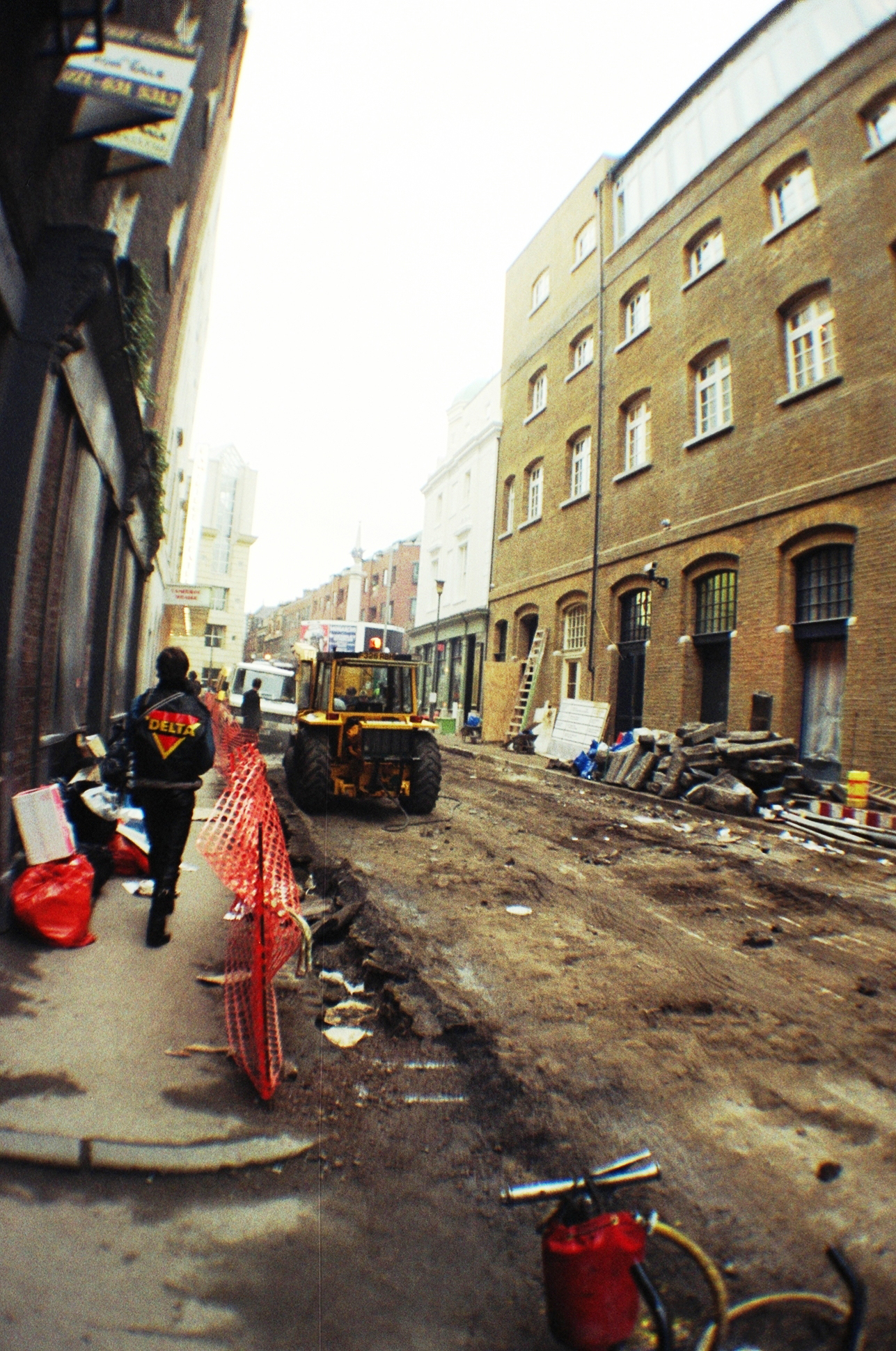 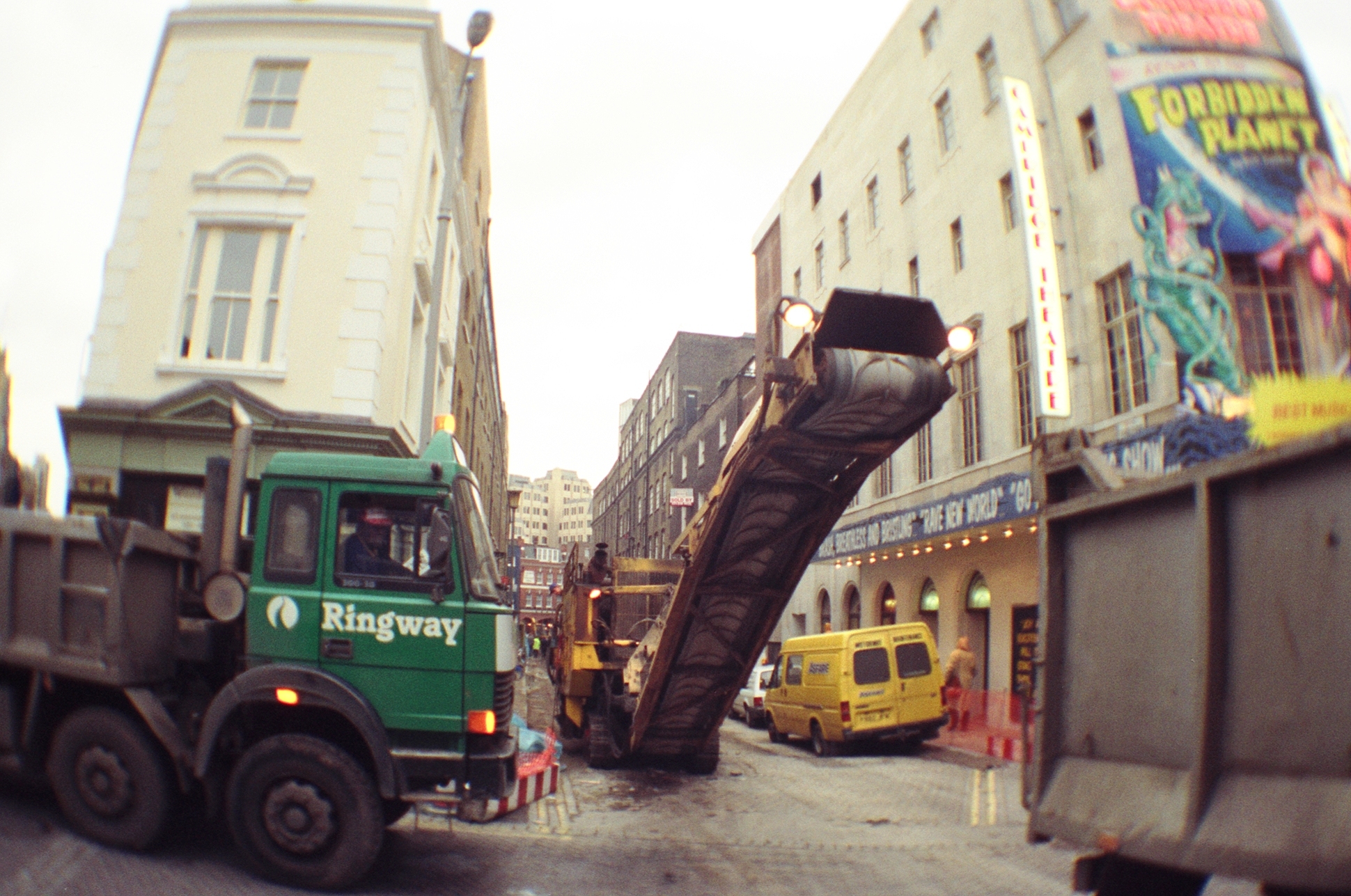 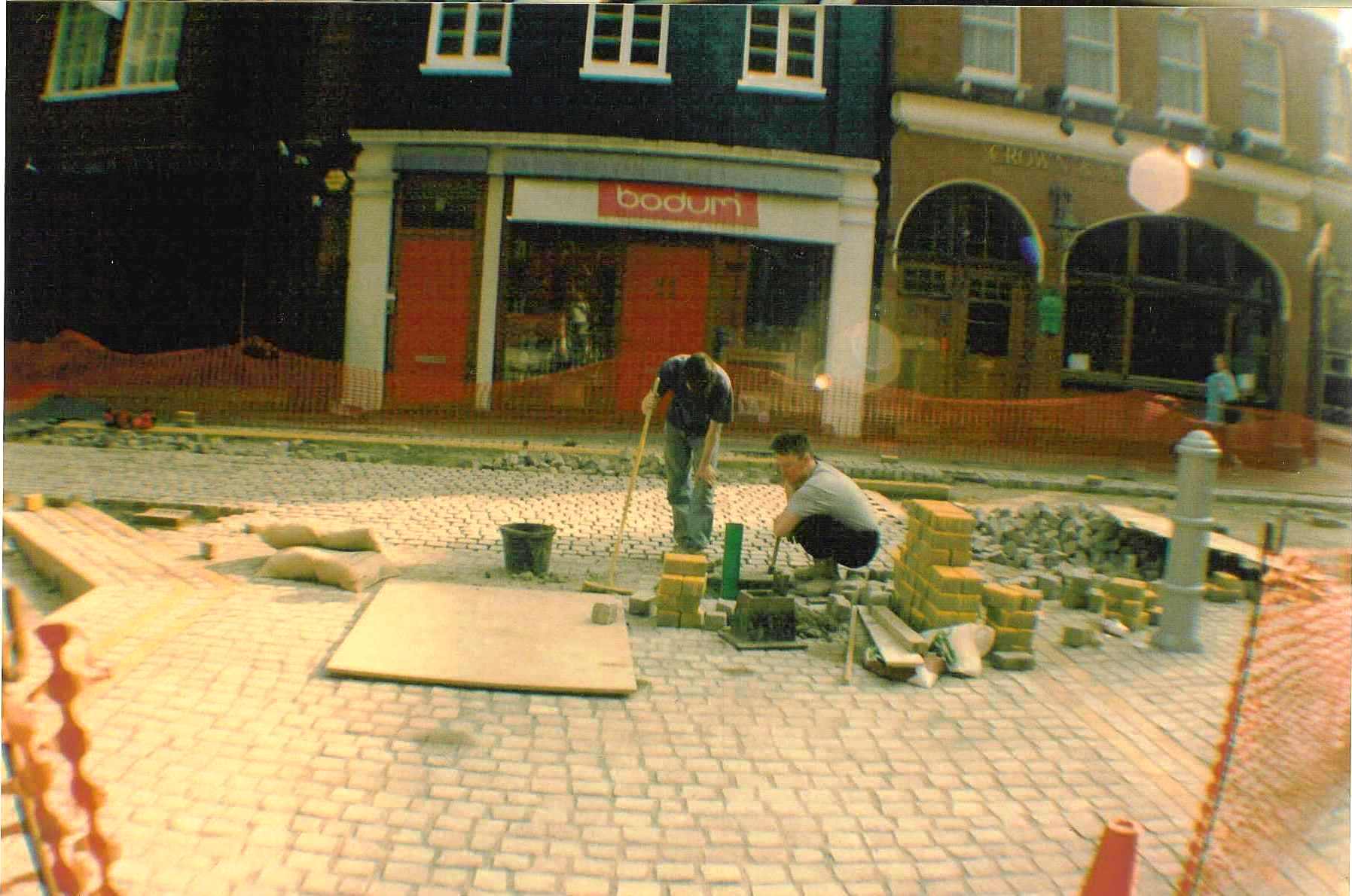 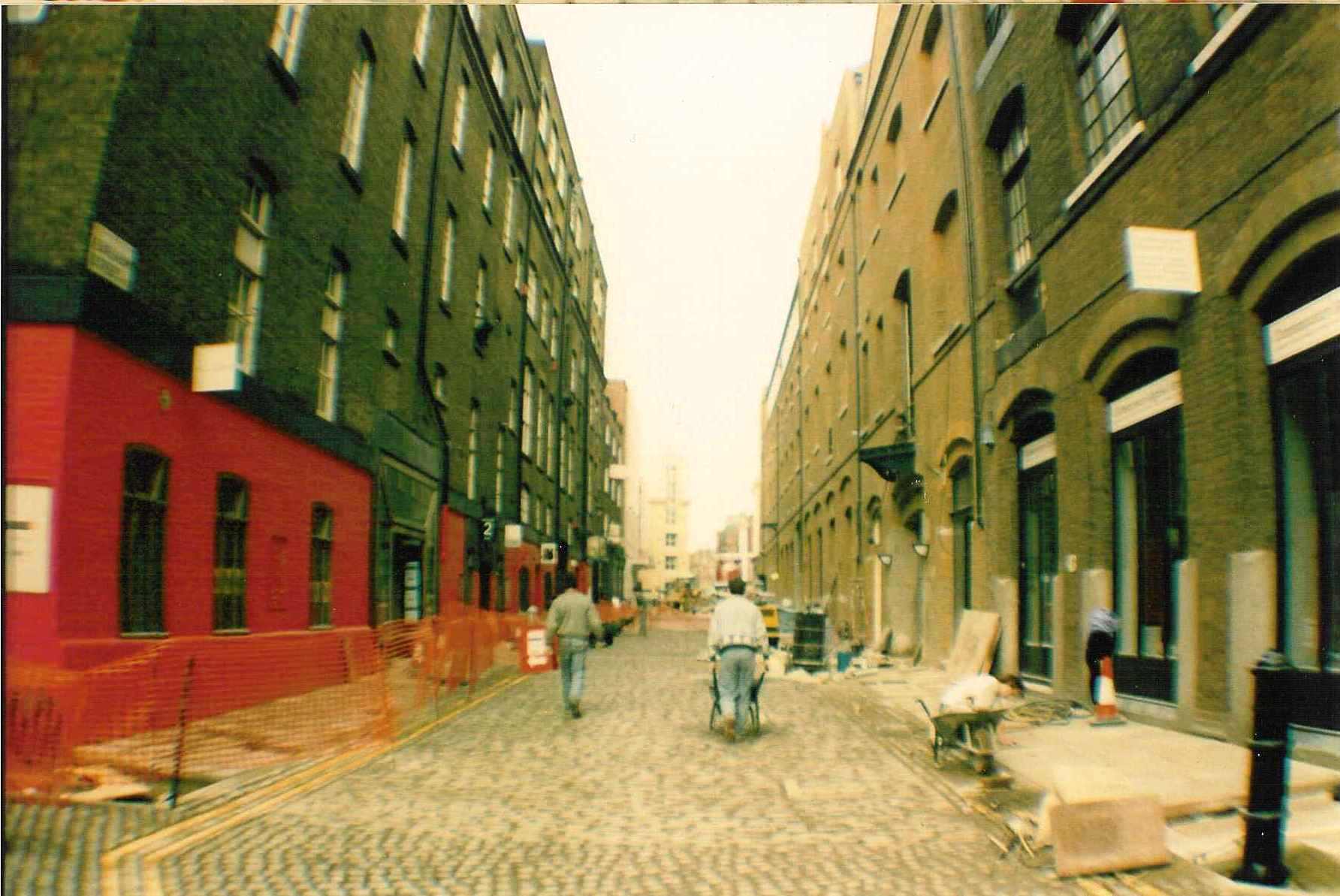 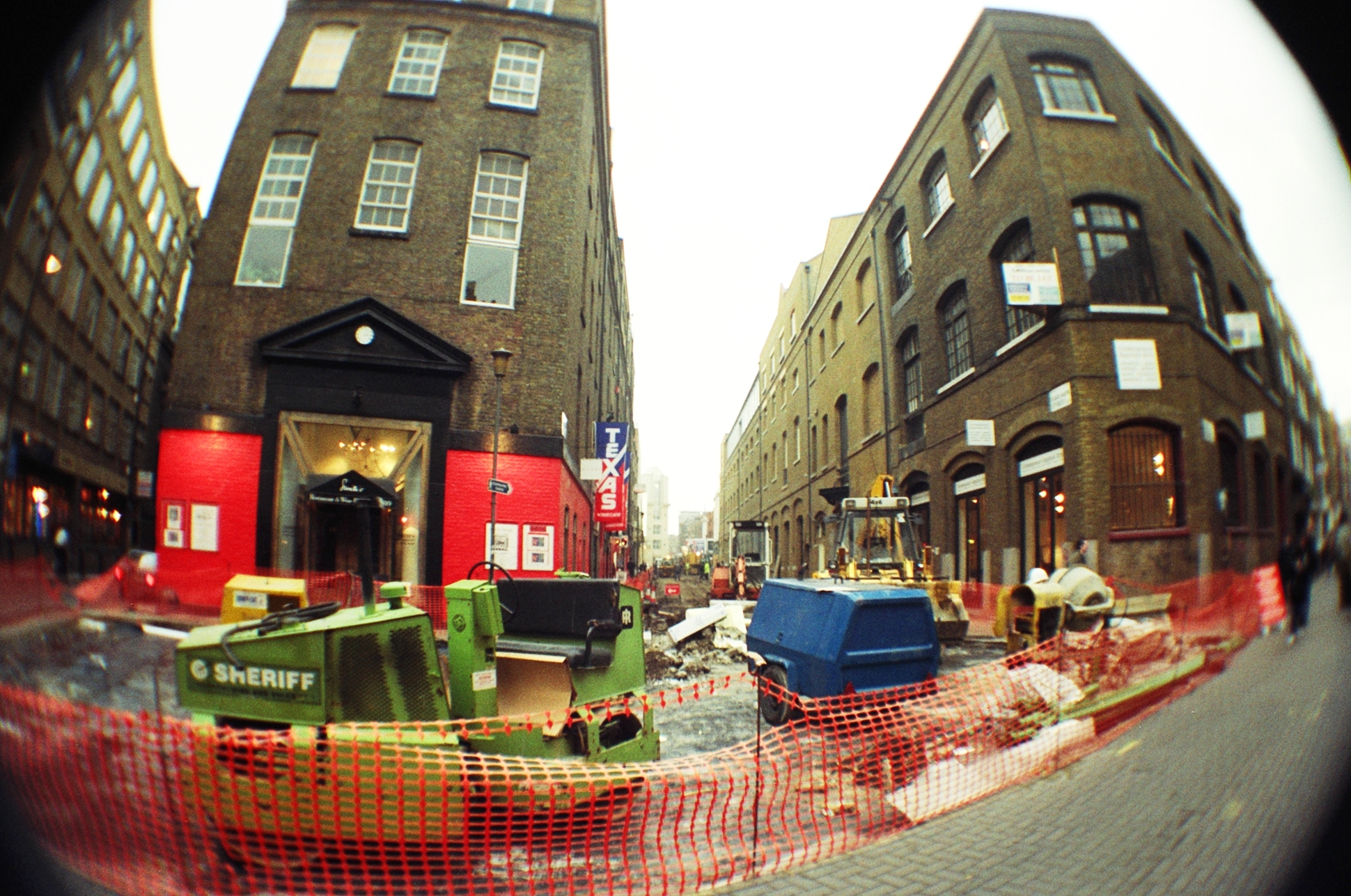 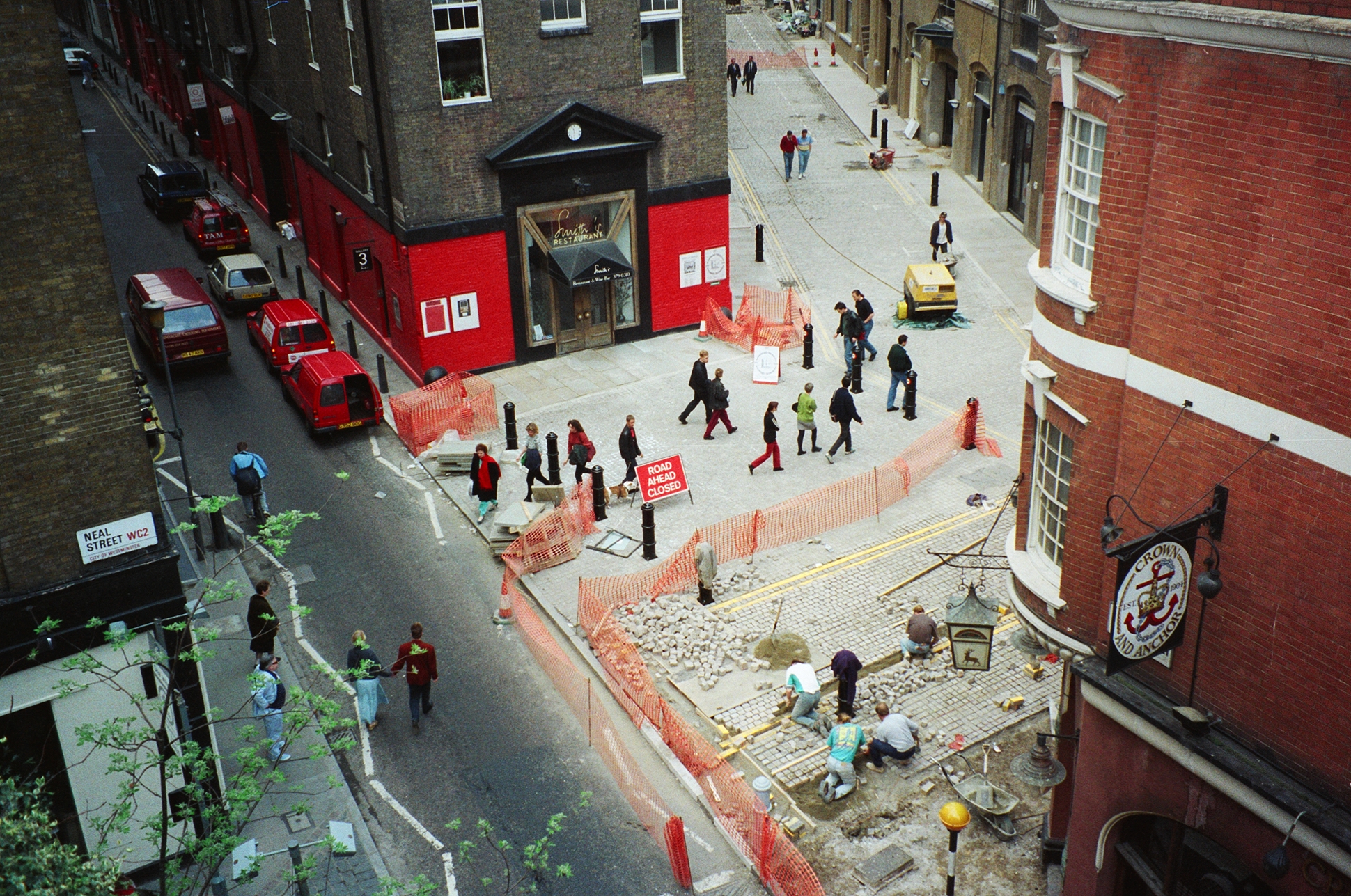 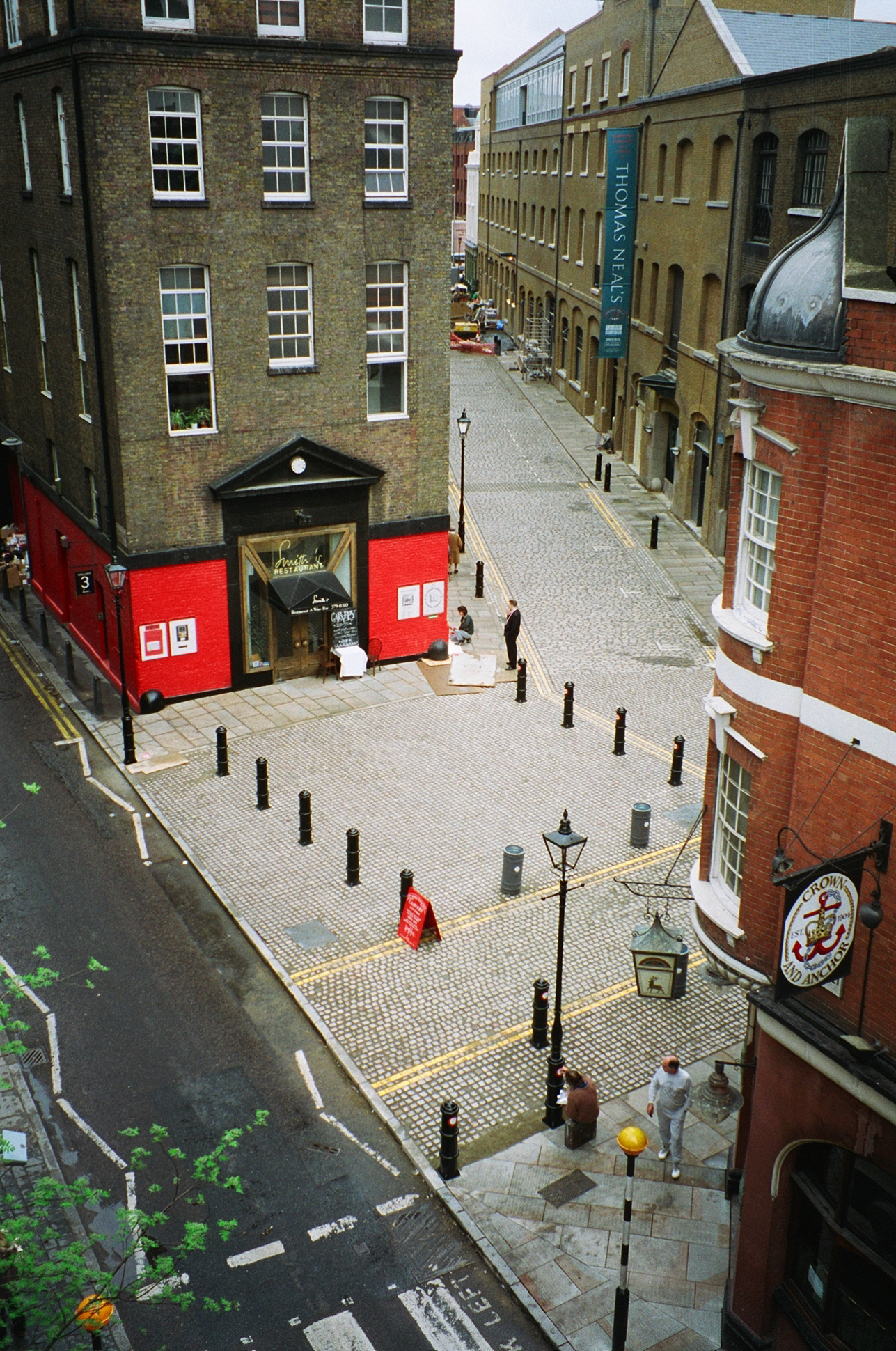 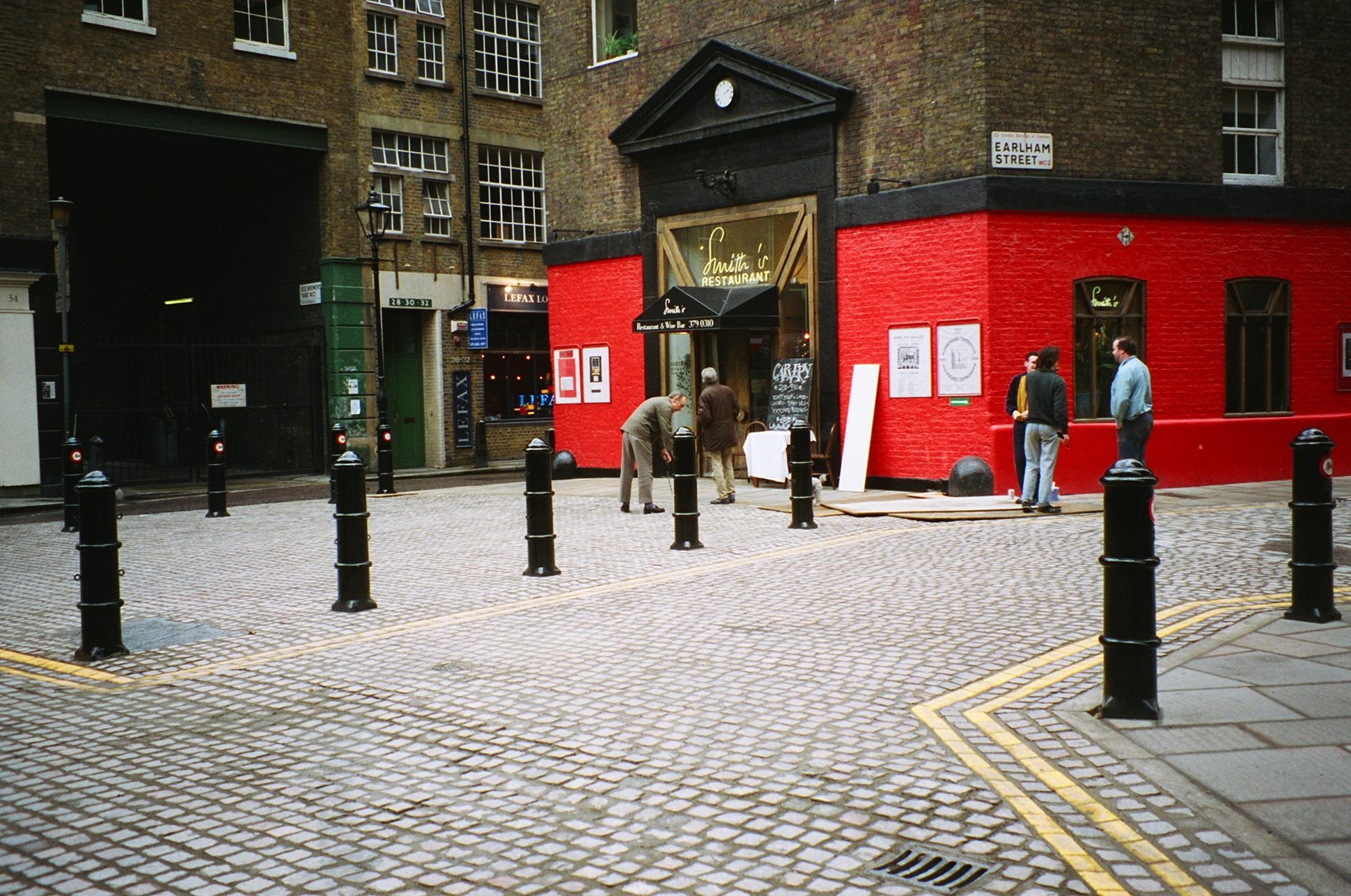 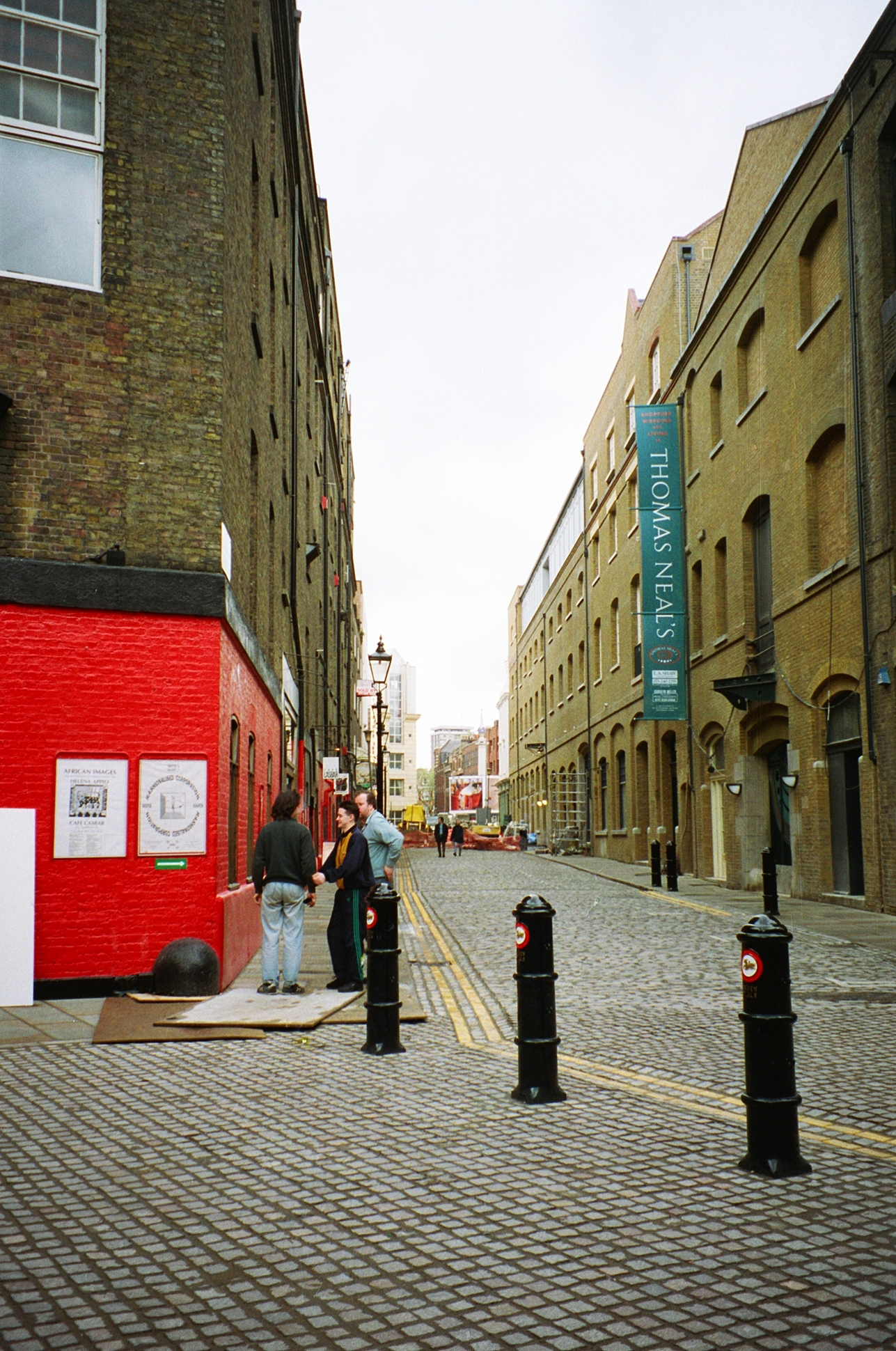 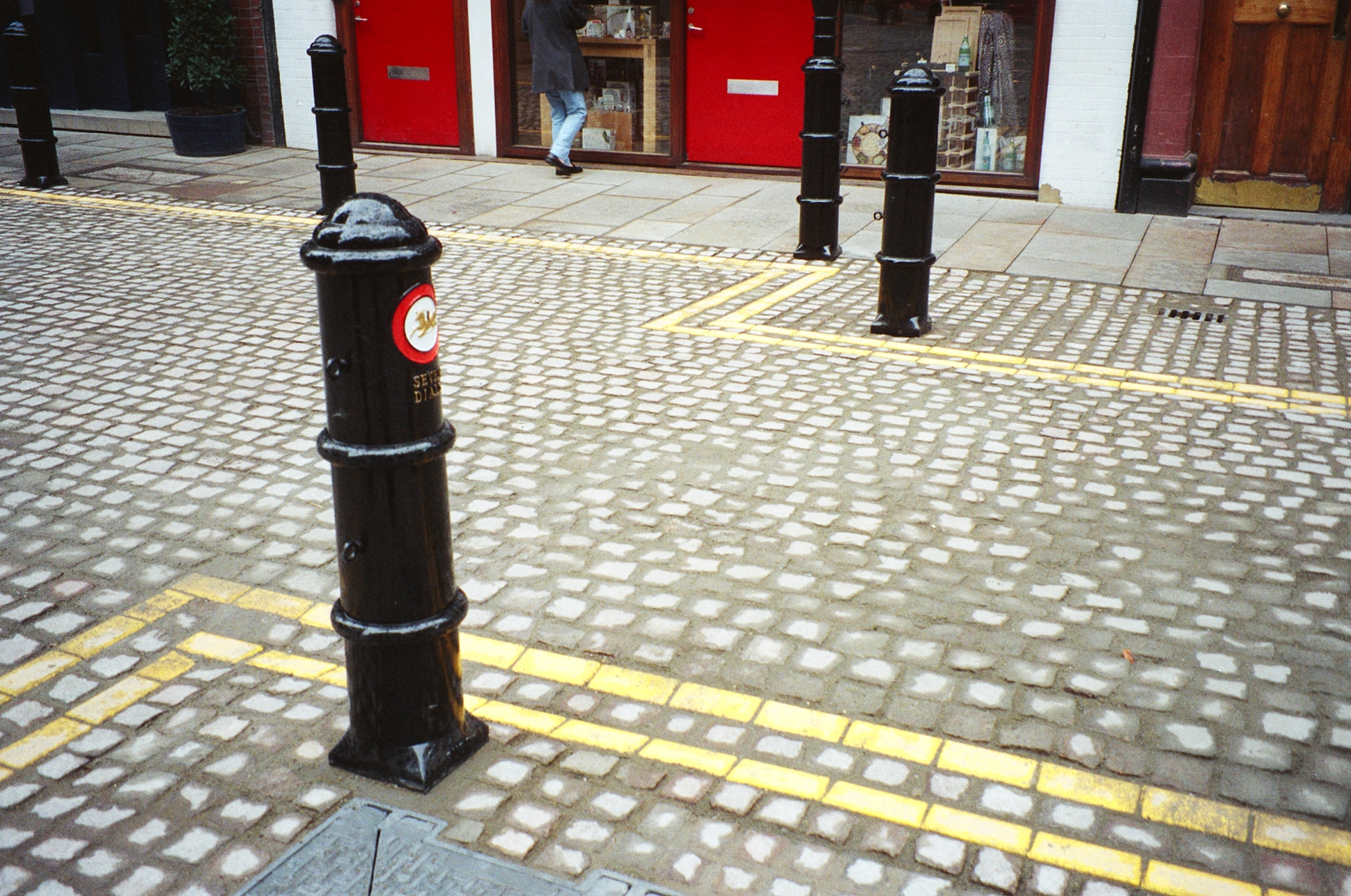 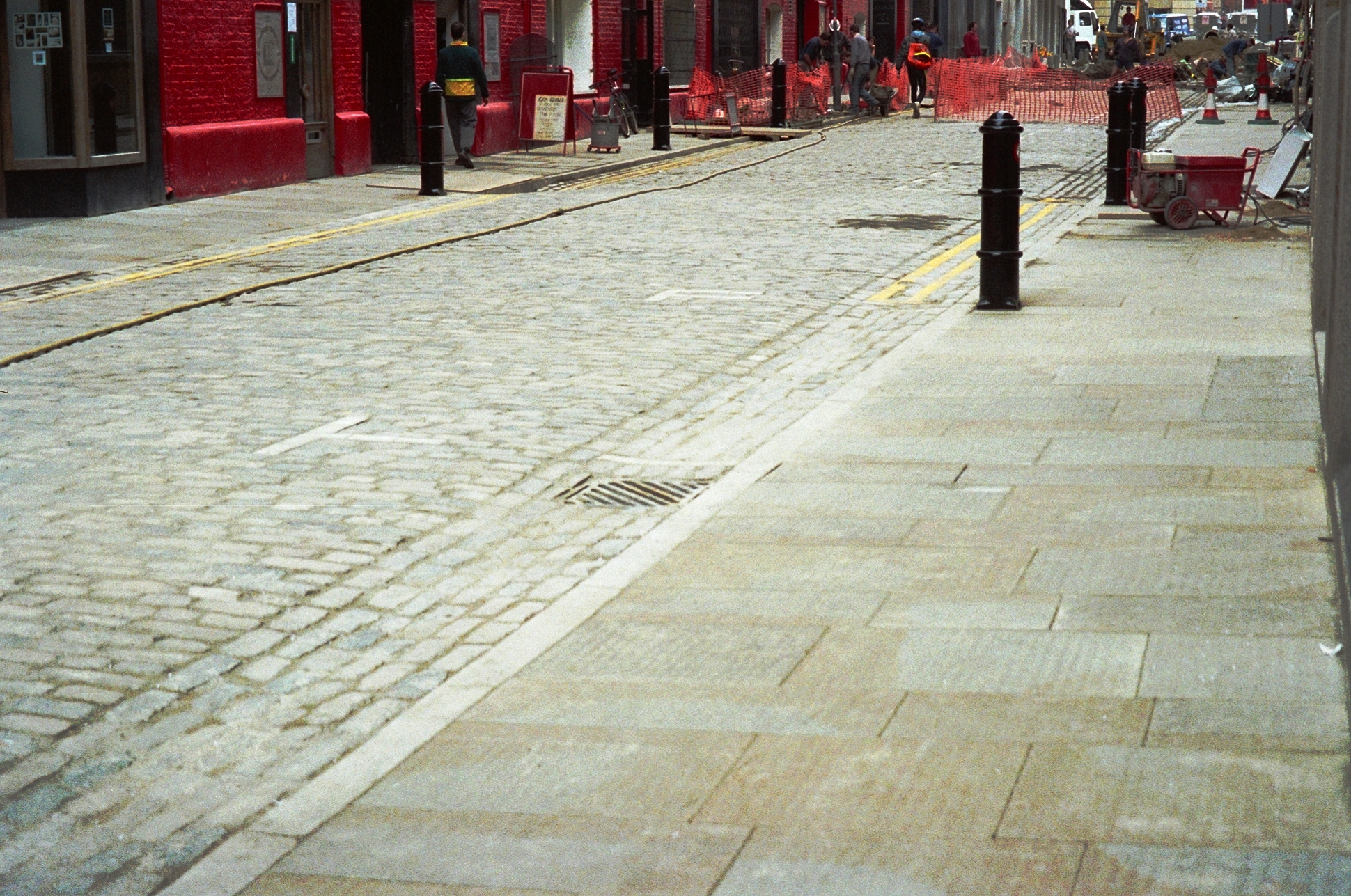 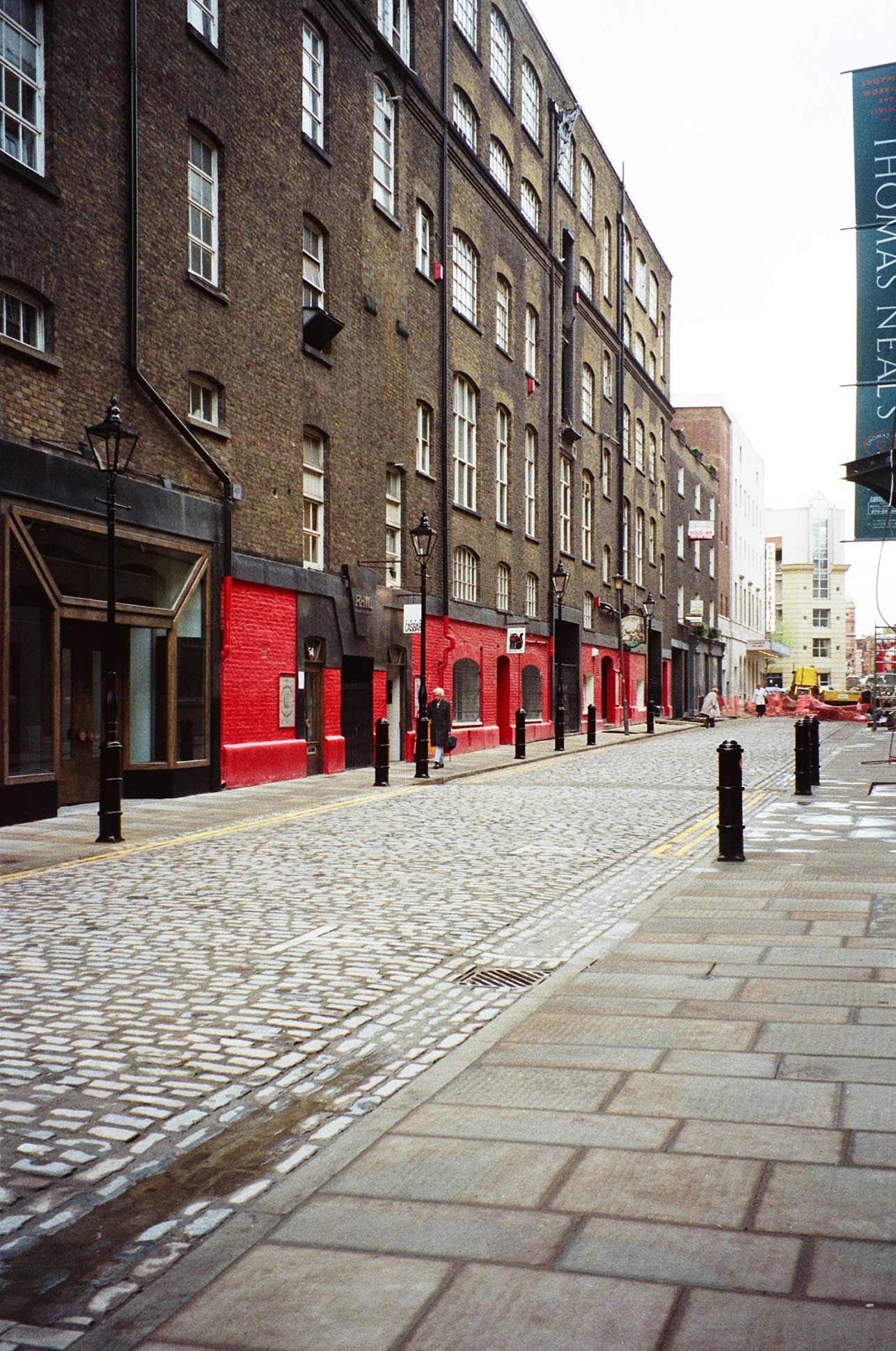 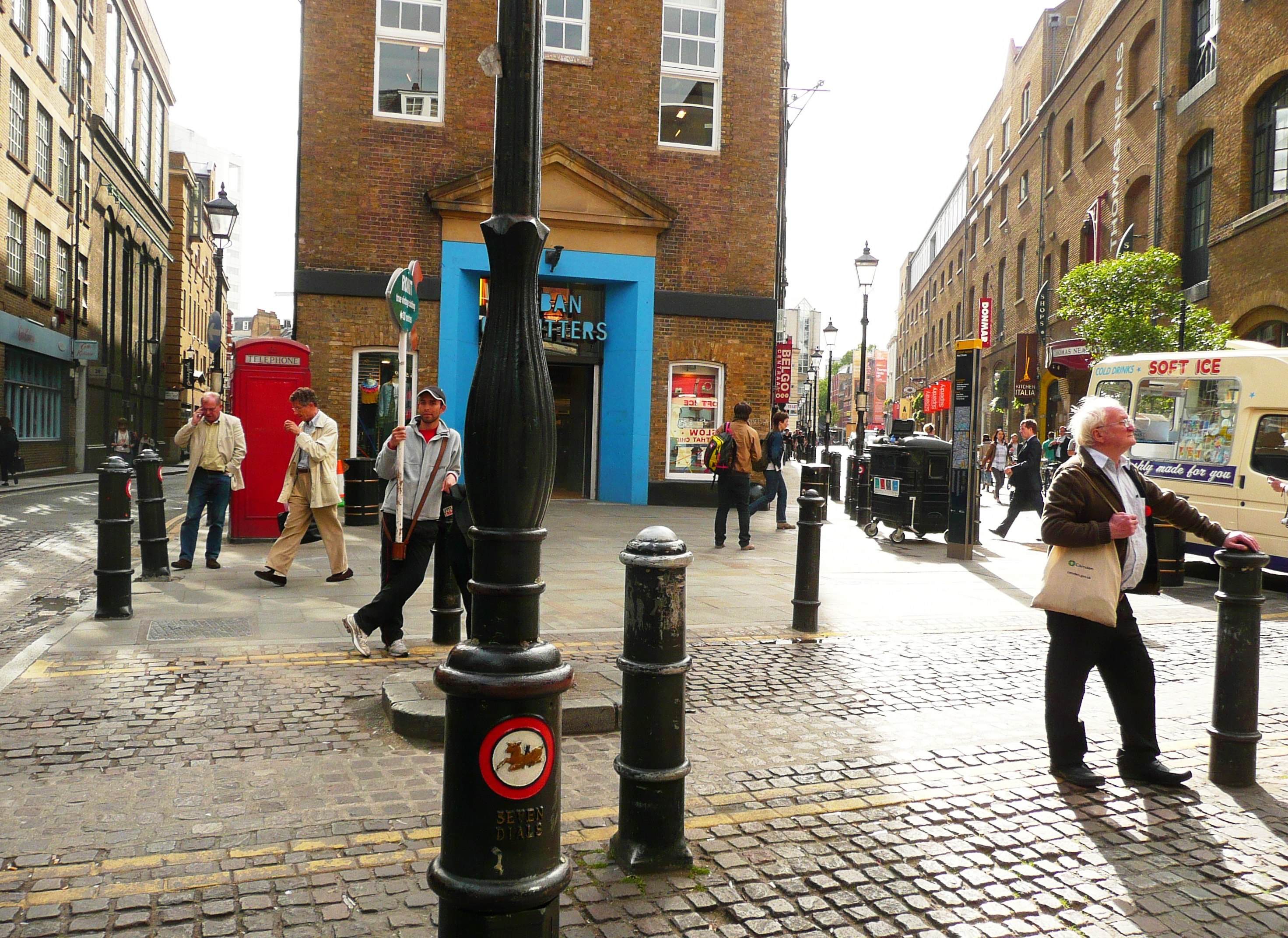 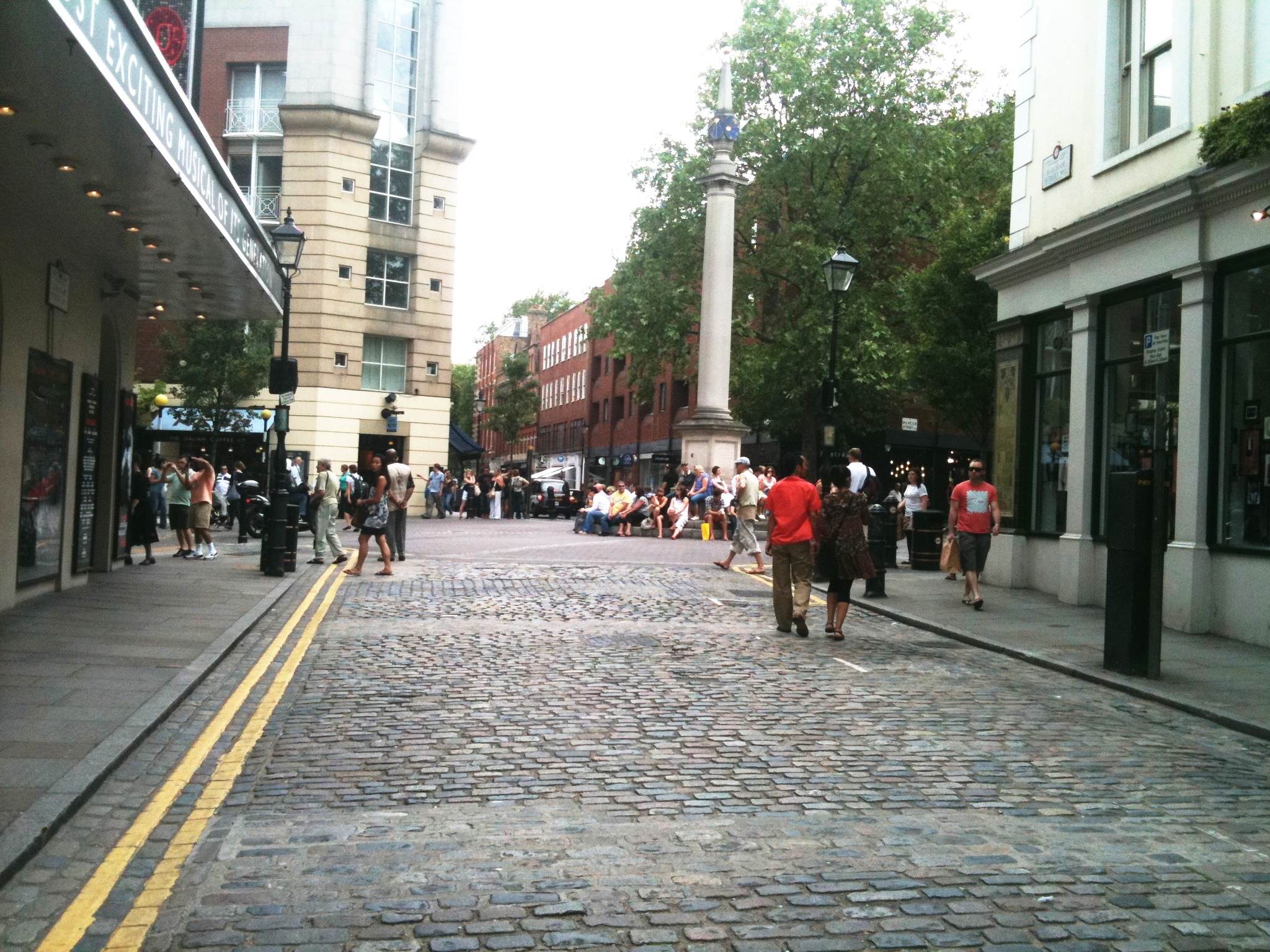 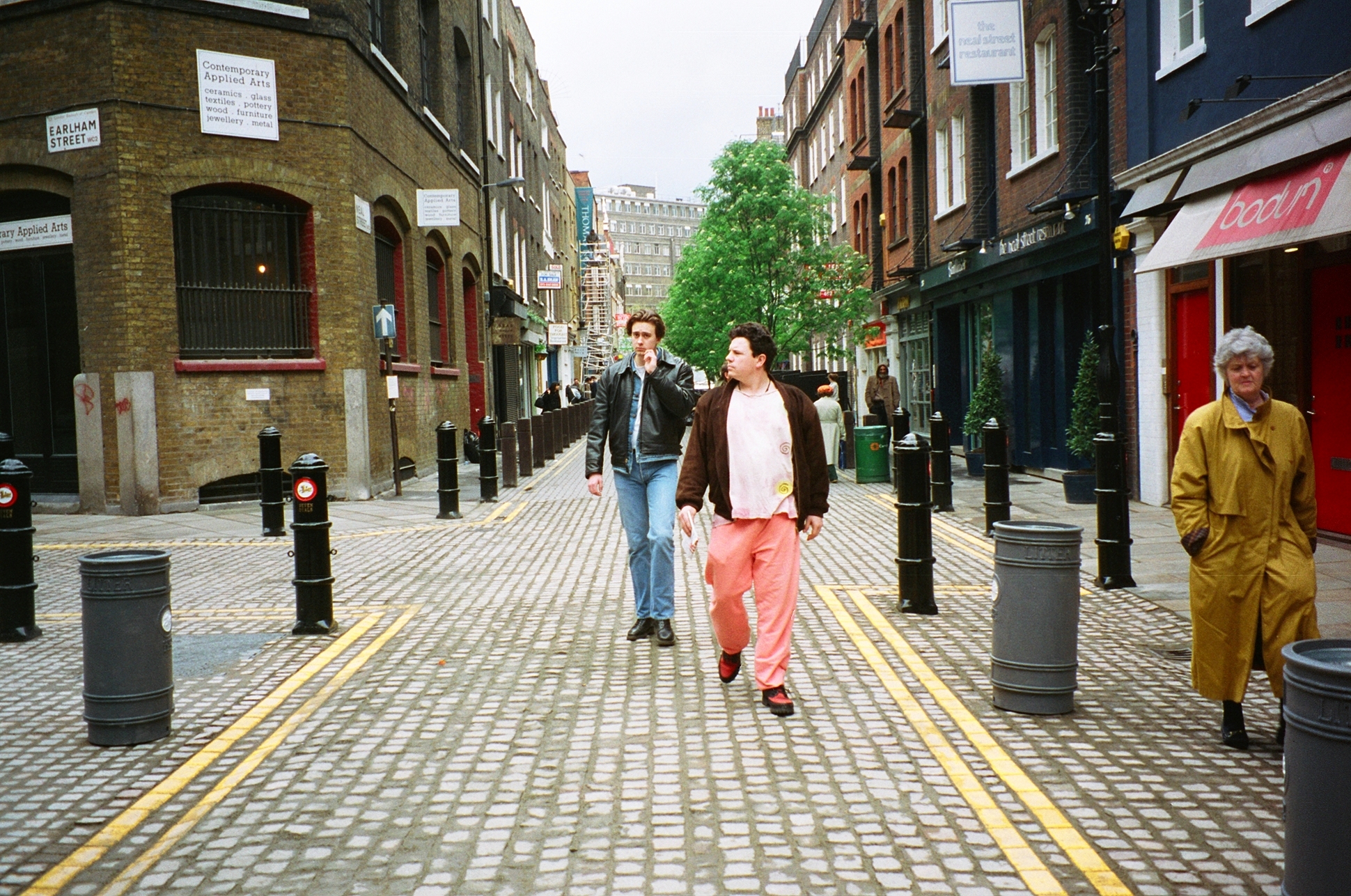 Neal Street, note the contrast with the 1984 works in the distance. 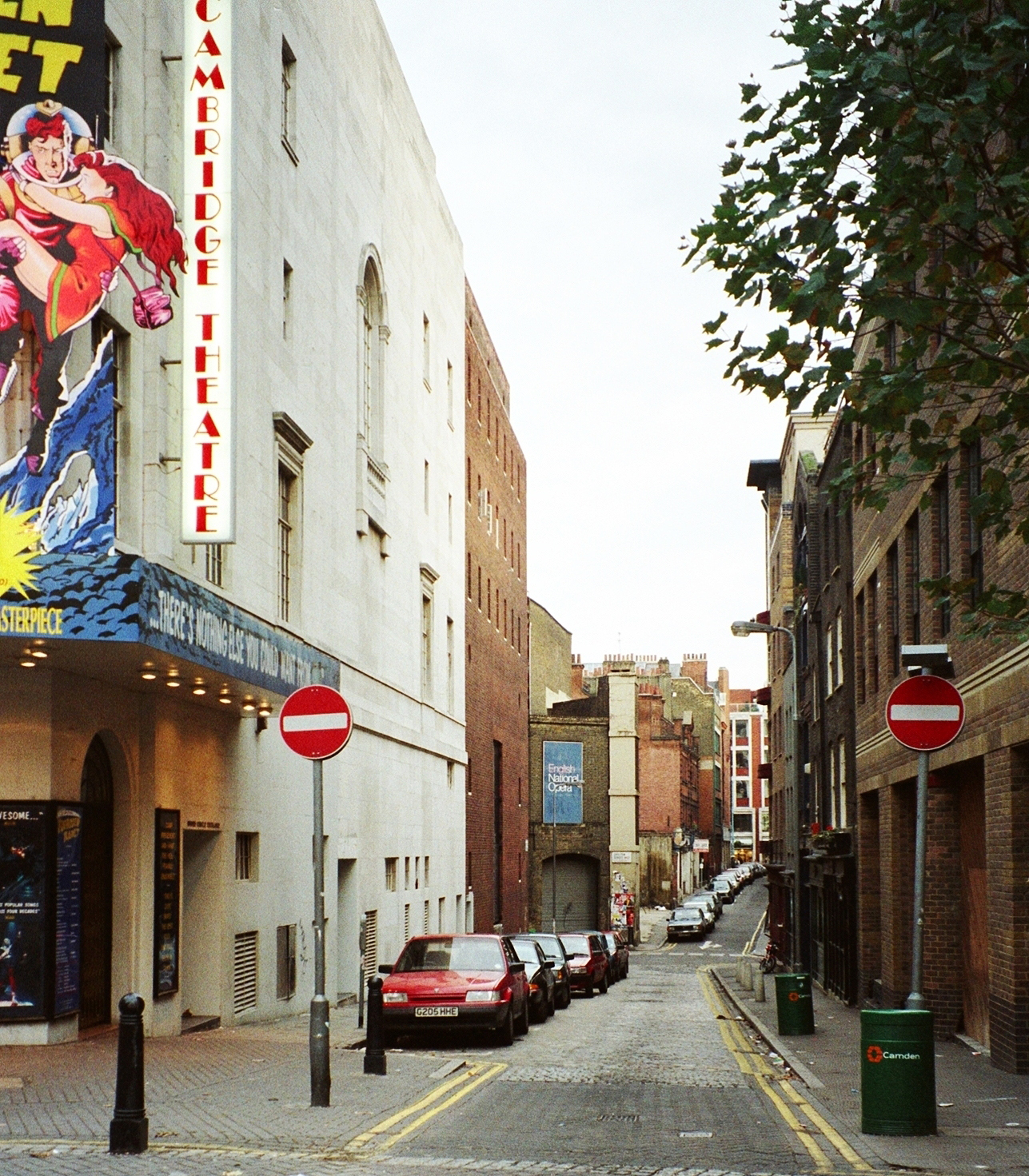 Read 9224 times
Published in All Projects
Tagged under
More in this category: 1985: Seven Dials Exhibition »
back to top