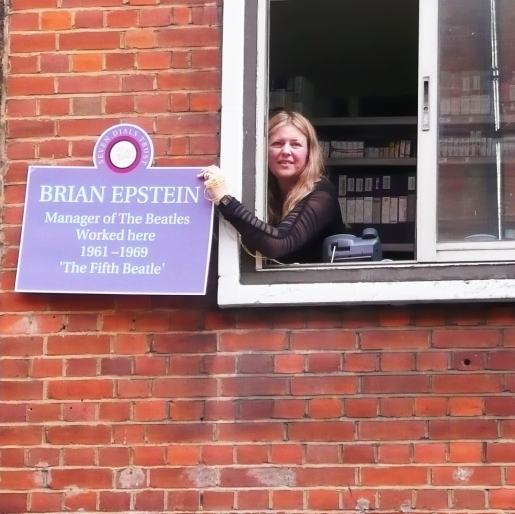 Testing the positioning with a mock up of the Brian Epstein plaque.

The first People's Plaque to be unveiled in Seven Dials was that commemorating the 'fifth Beatle', the legendary pop impresario and manager Brian Epstein. The plaque is sited at 13 Monmouth Street, where Epstein had an office in 1963-64. Sponsored by Shaftesbury PLC, it was unveiled by another of Epstein's protégées, Sixties pop royalty, Cilla Black, in September 2010. The unveiling received attention from the national and international press. 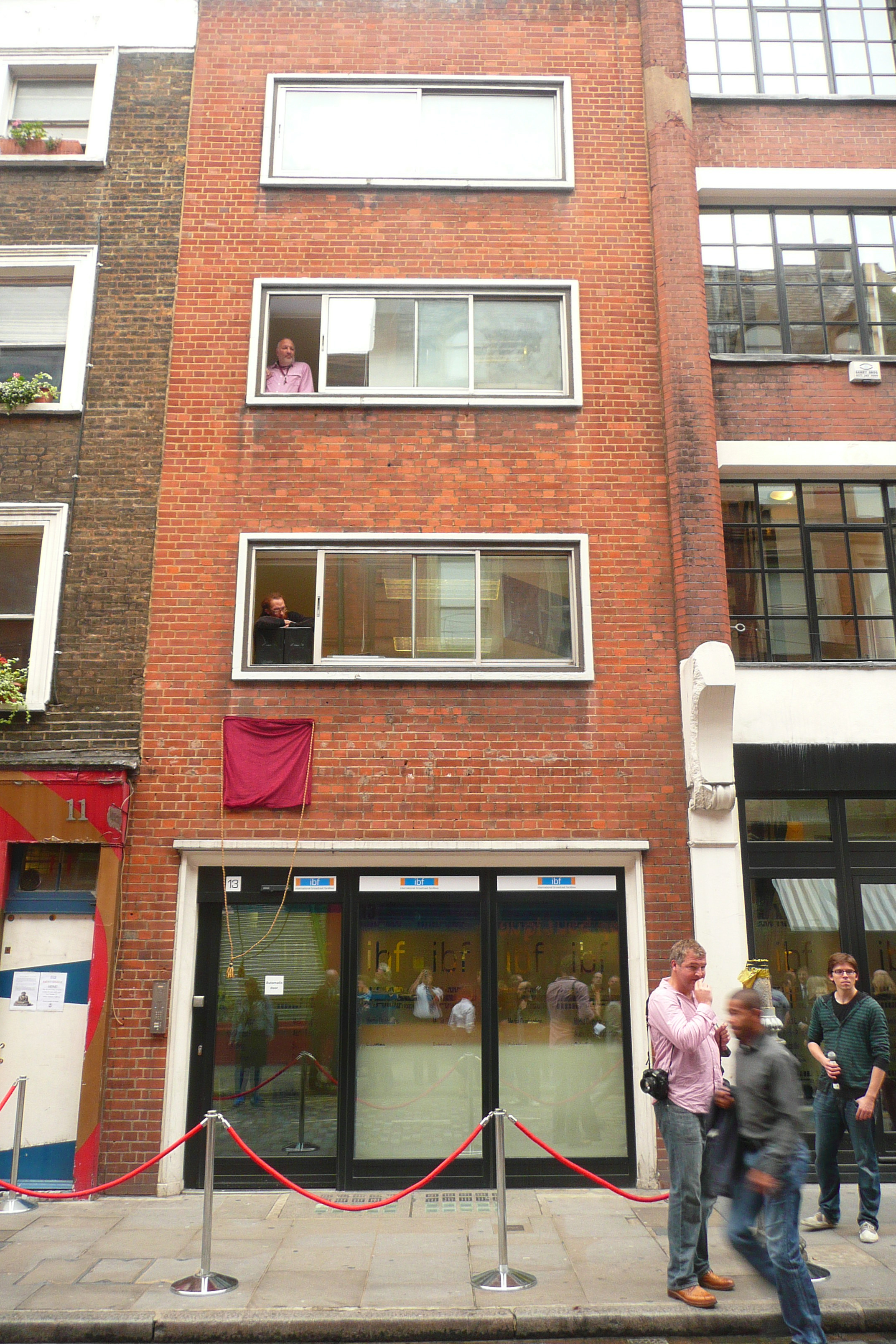 Ready for the unveiling. 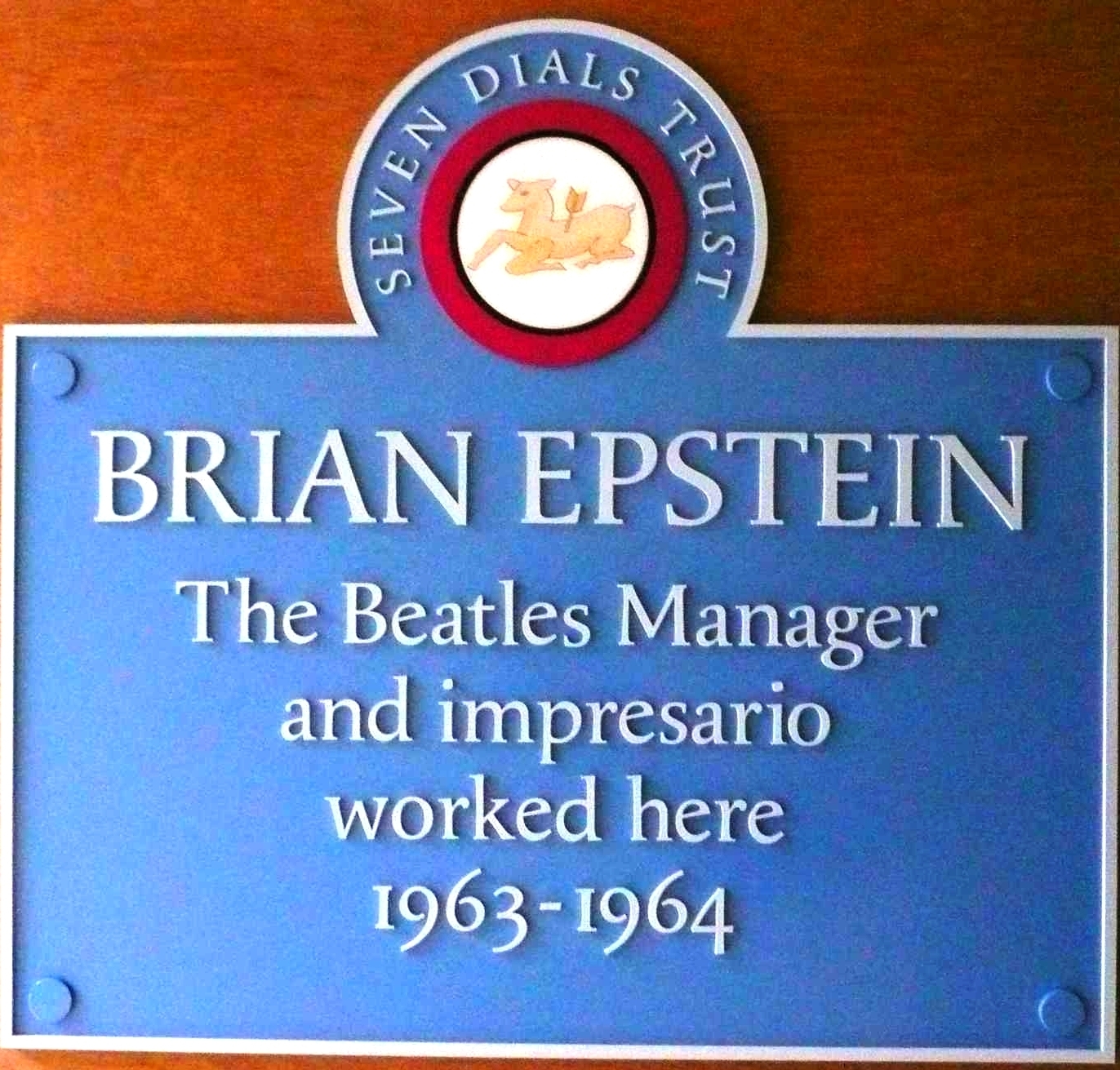 The plaque features the Golden Hind symbol, used on all street furniture in Seven Dials, as proposed by Peter Heath in the first edition of the Renaissance Study, 1991. 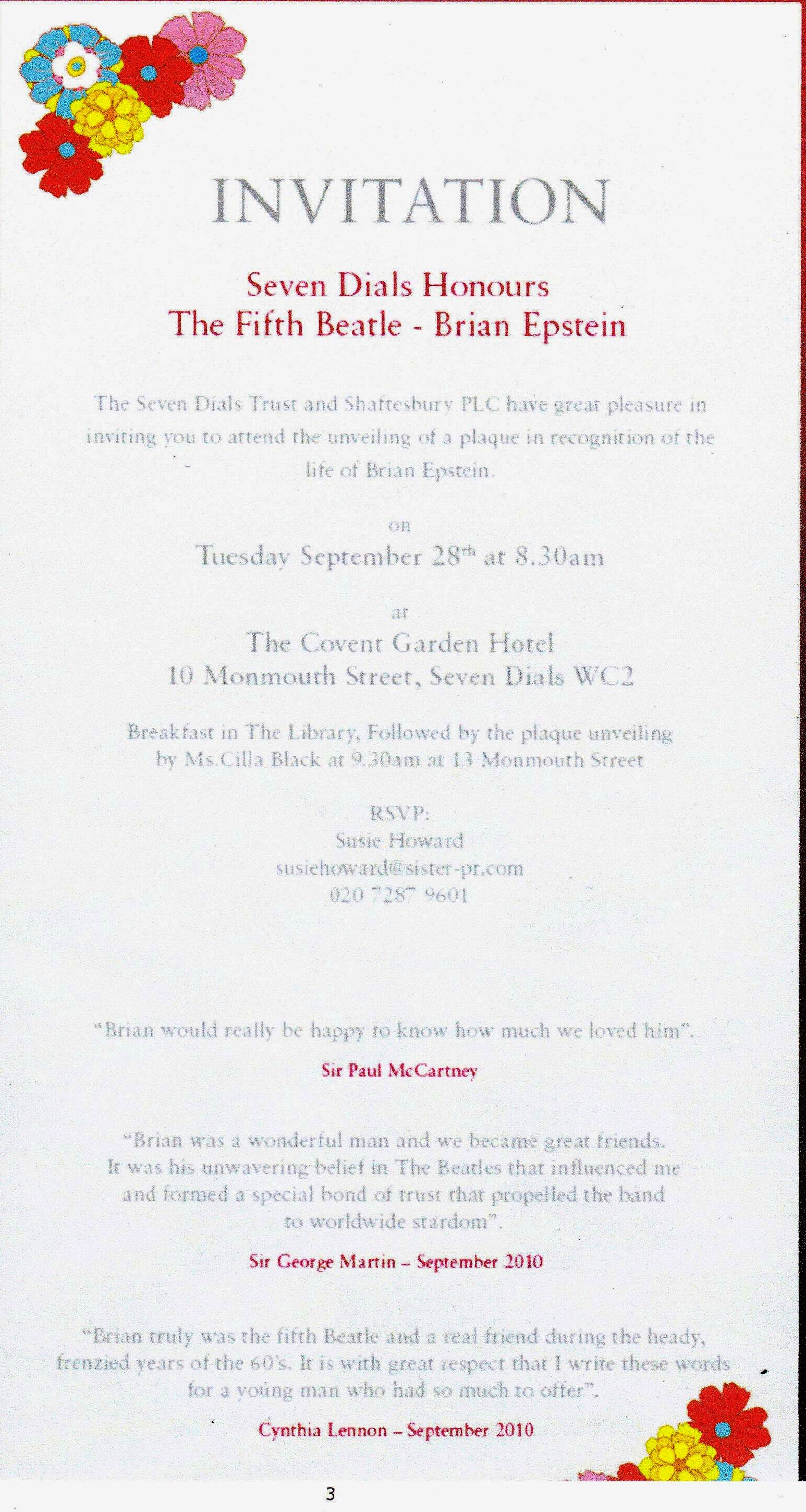 Invitation to the unveiling. 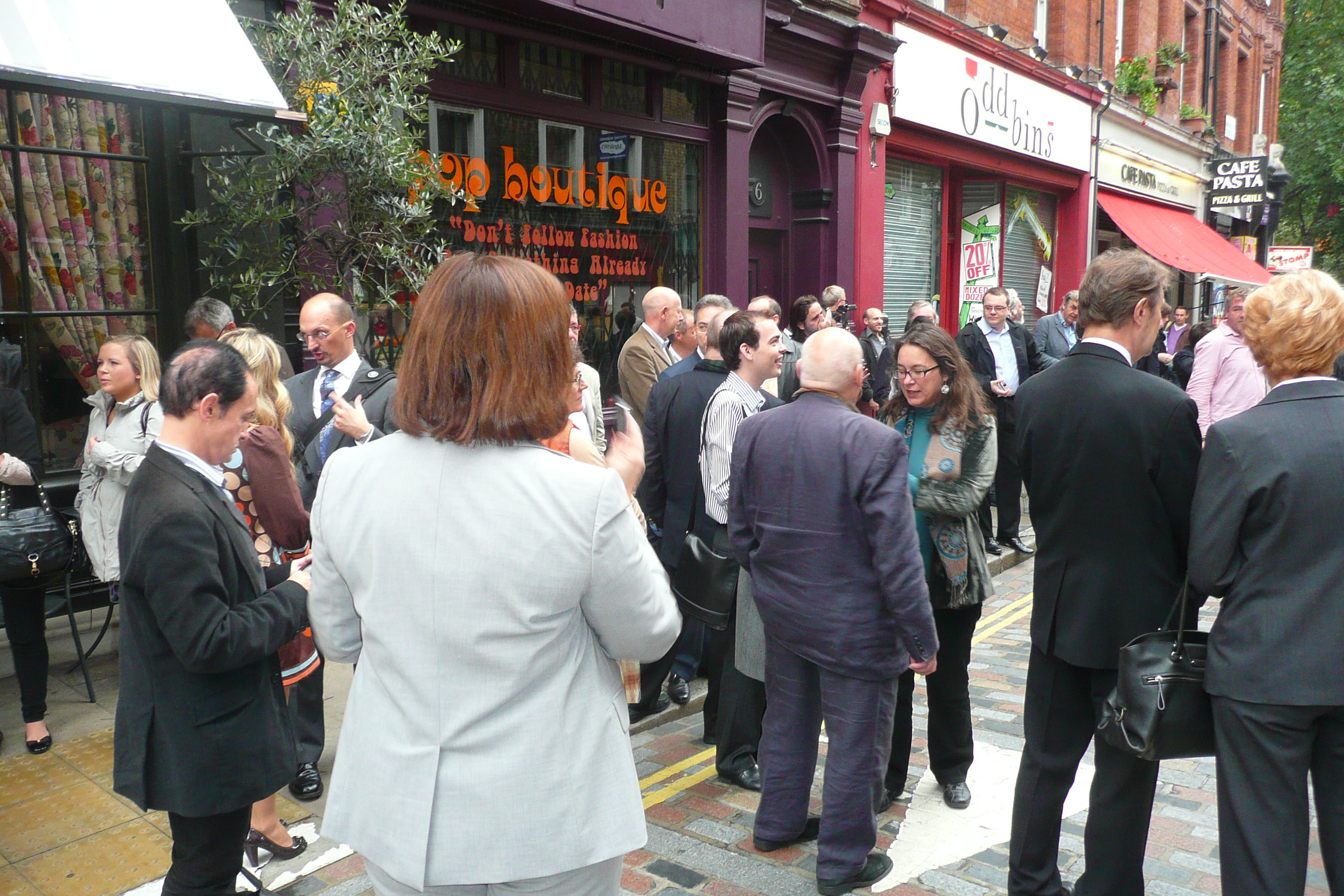 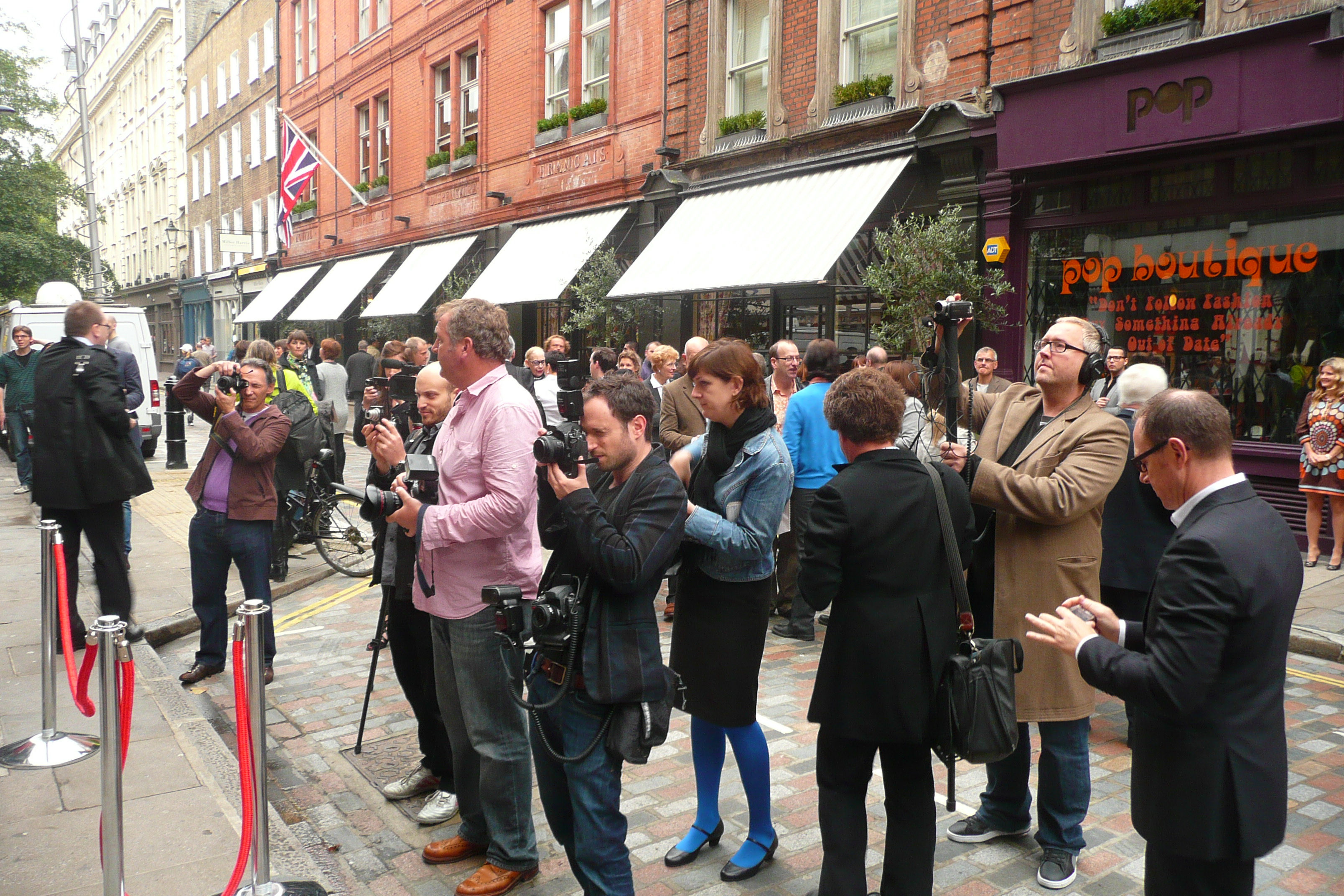 Guests and media await the arrival of Cilla Black. 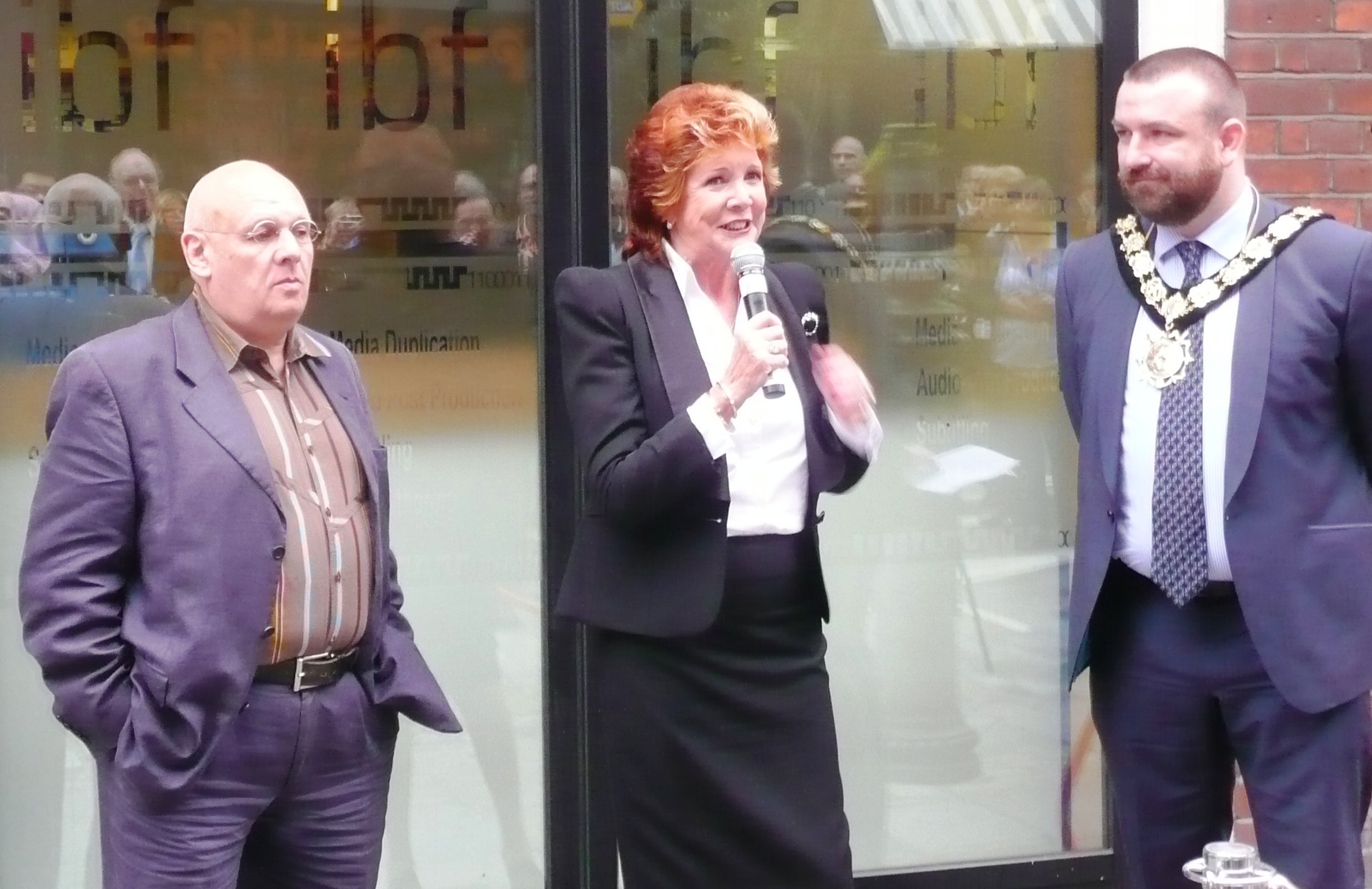 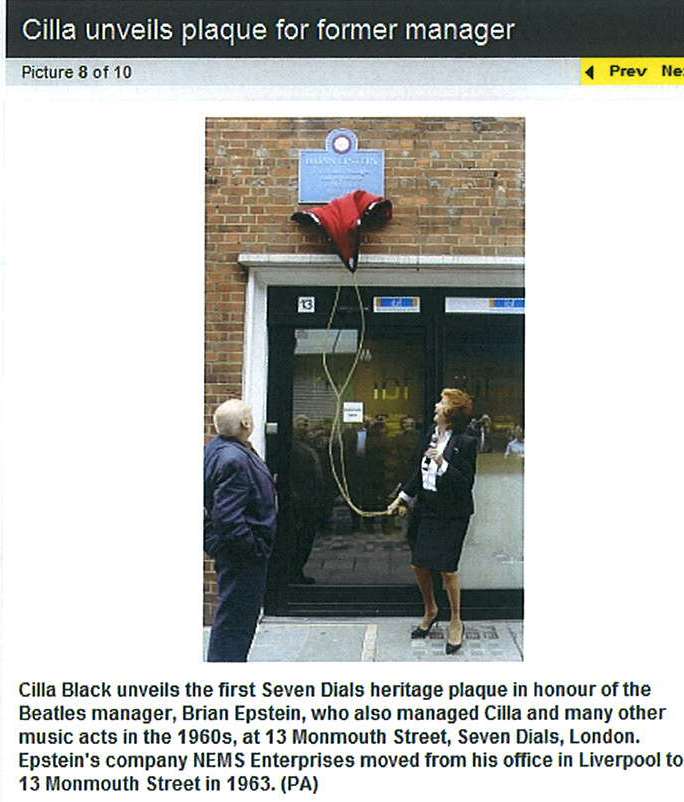 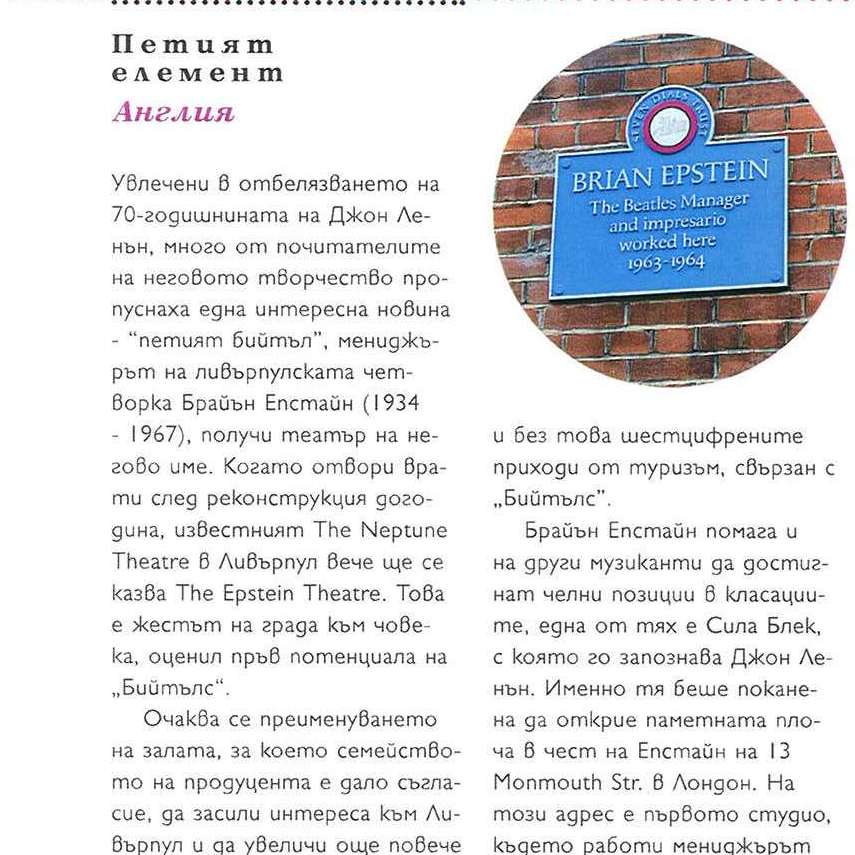 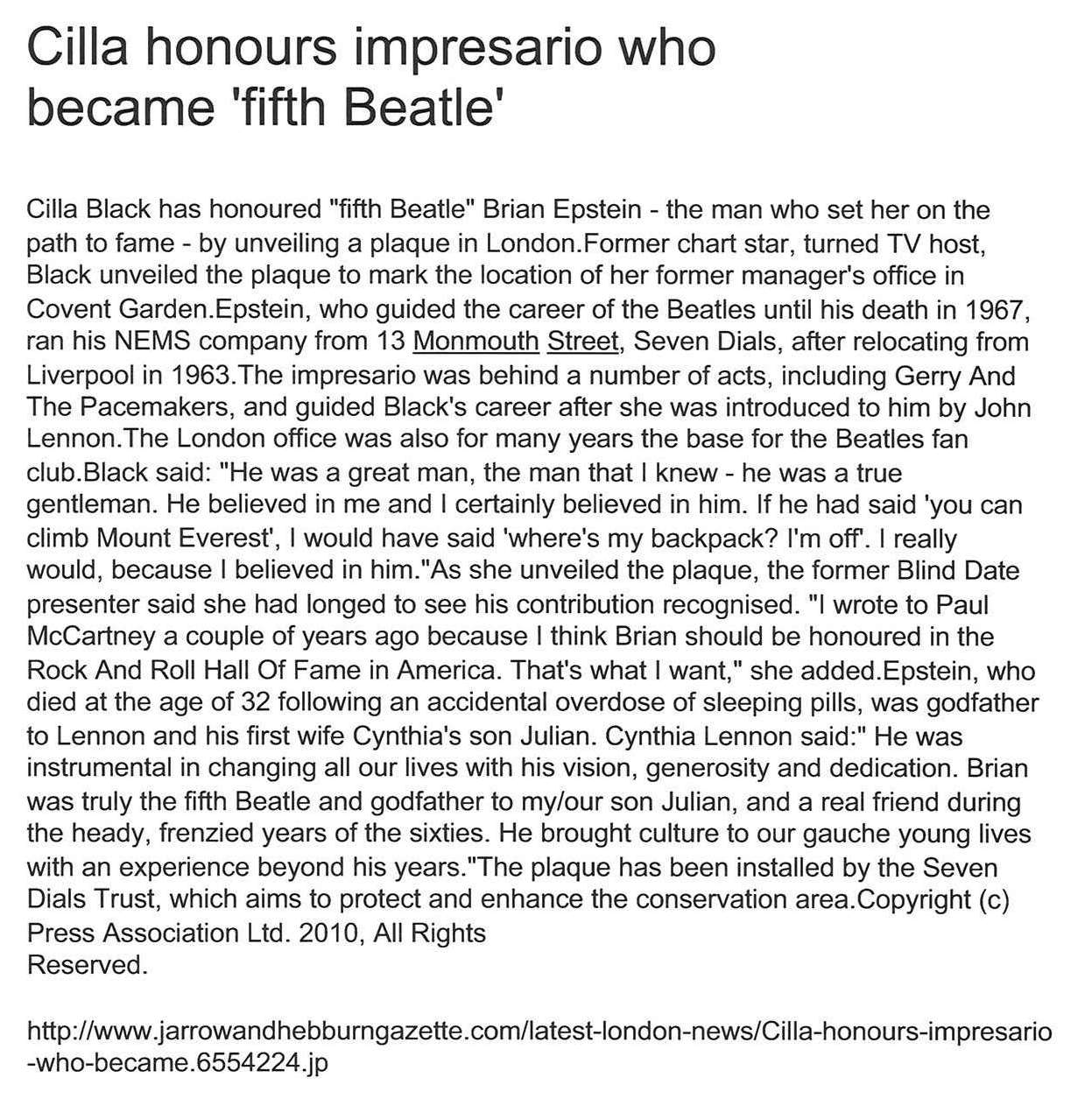 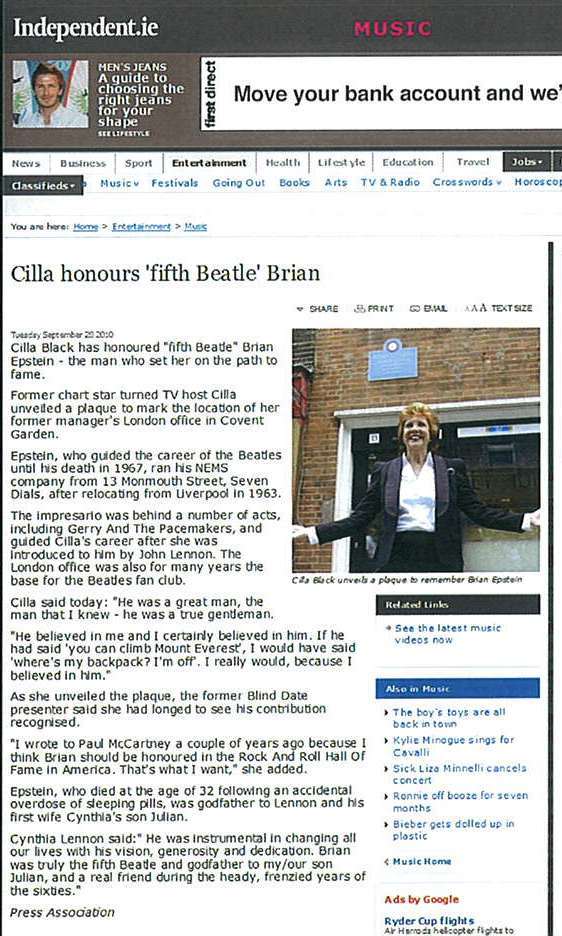 Some of the worldwide media coverage. 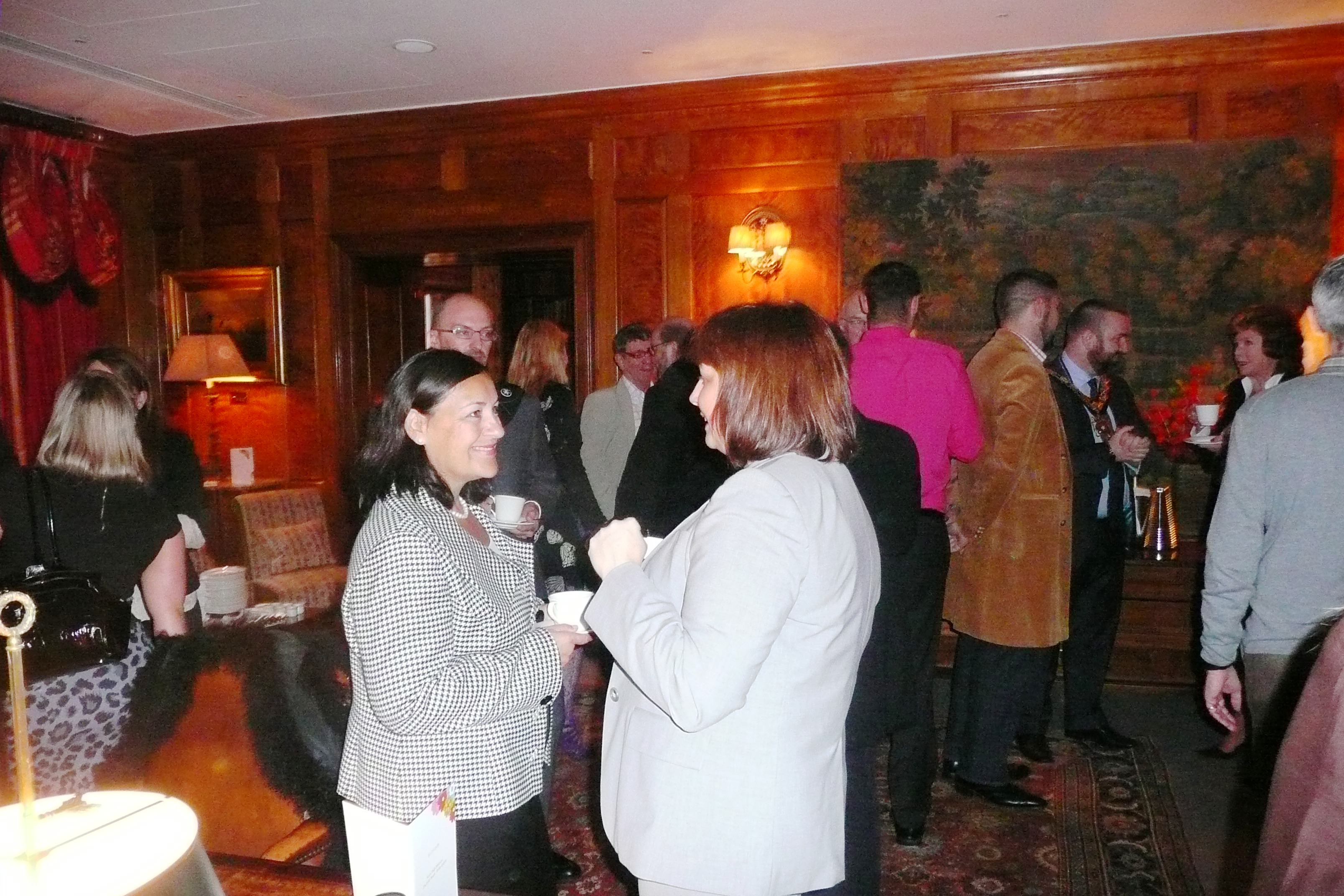 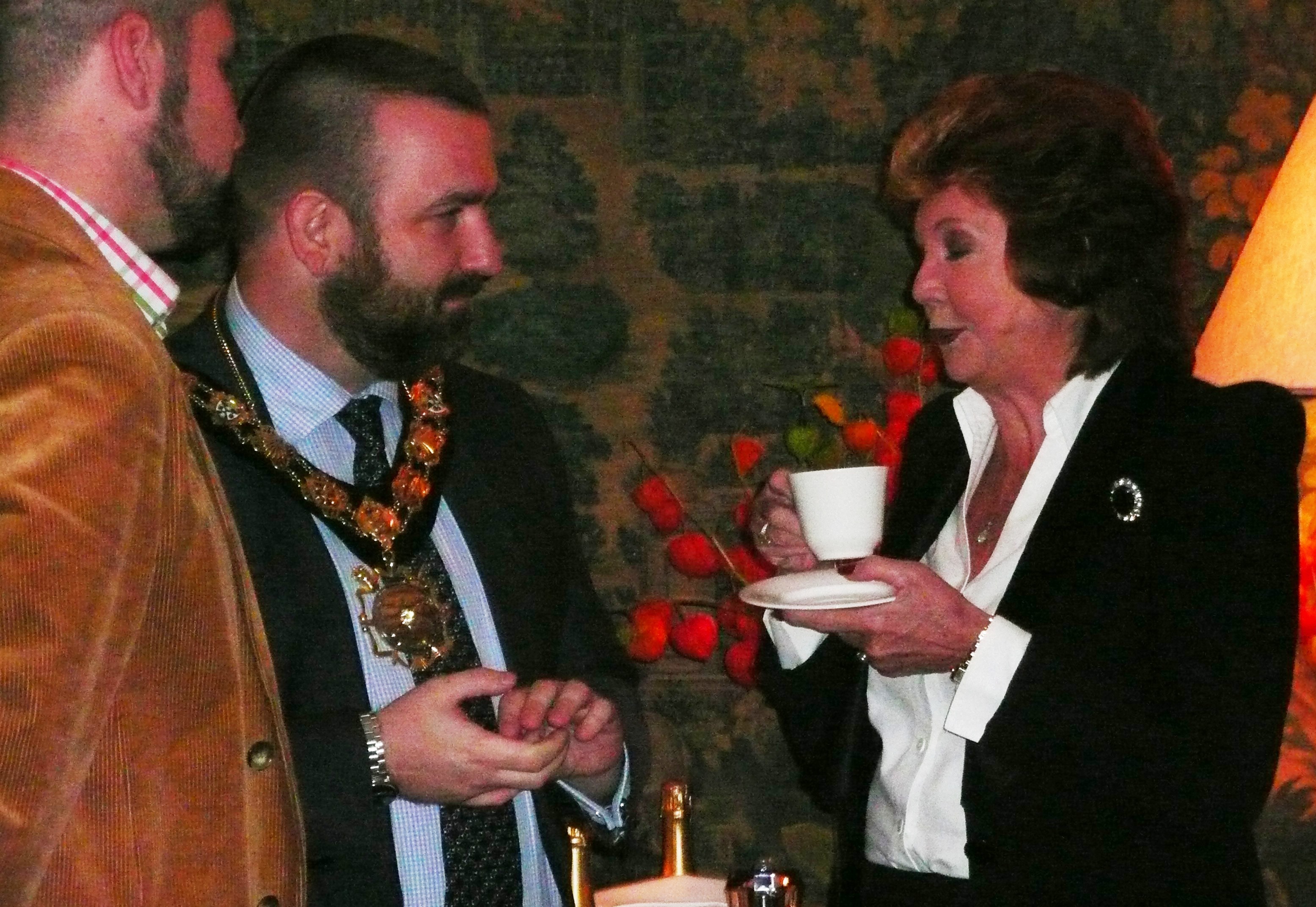 Read 8395 times
Published in All Projects
Tagged under
More in this category: « 2002: Street Improvements – Monmouth Street, Providing an Exemplar 2011: Cleaning & Restoring the Sundial Pillar »
back to top