The Seven Dials template of multi-coloured dressed setts and York Stone has now been copied throughout the West End and has become the standard template for the Covent Garden Area adopted by Westminster City Council in their ‘Westminster Way’ and used by Capco in King Street and TfL in Shaftesbury Avenue.

Our Street improvements have been a partnership — initially between the Trust, Camden and the Kleinwort Benson Property Fund and latterly with Shaftesbury PLC, the area's major freeholder. They have been based on the template set out in the Renaissance Study which is intended to ‘set high standards for street improvements’ (Camden Design Awards) where London has lagged behind many European cities.

‘The Seven Dials scheme has been of national importance in changing attitudes to and aspirations for the public realm. For well over a decade it has been used in presentations given throughout the UK to demonstrate what can be done to create a sense of place & to establish an environment where pedestrians and traffic can successfully and positively intermingle.’ — Robert Huxford, Director Urban Design Group. 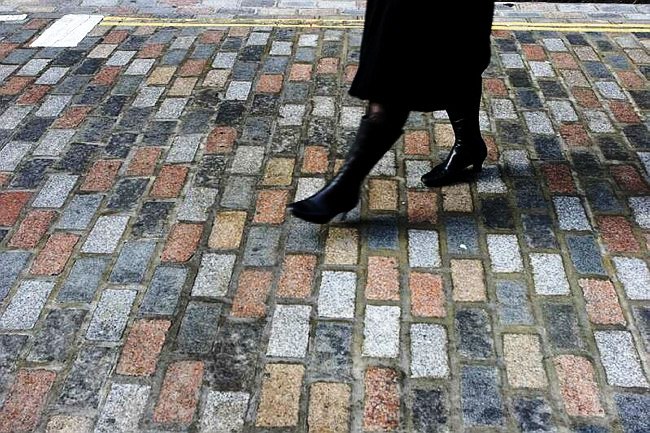 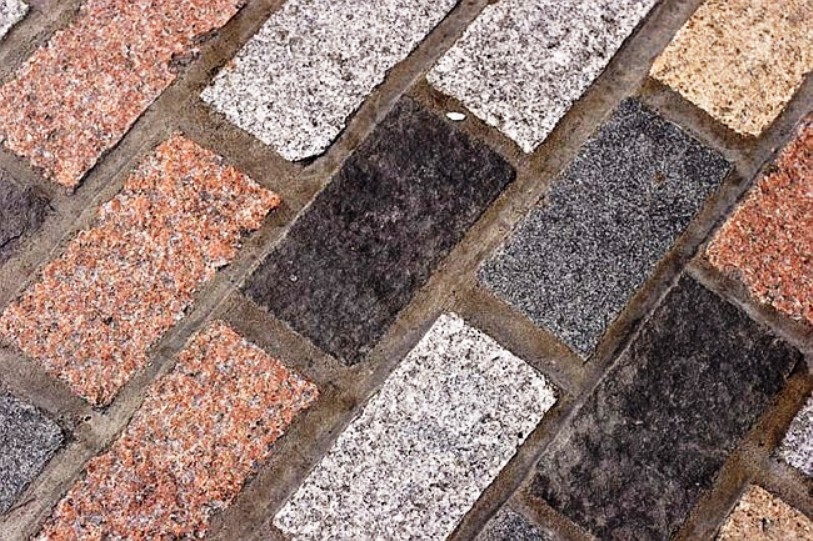 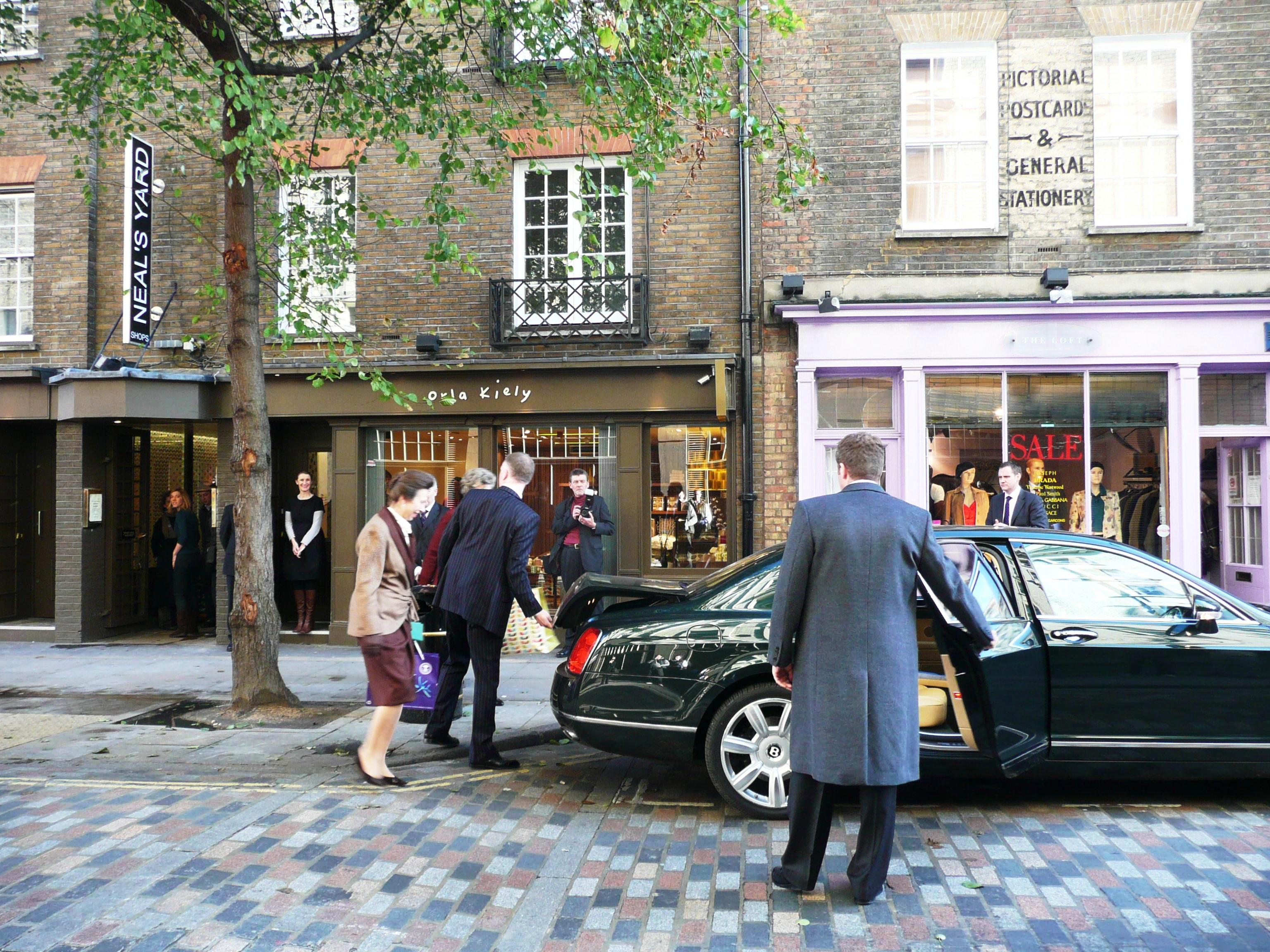 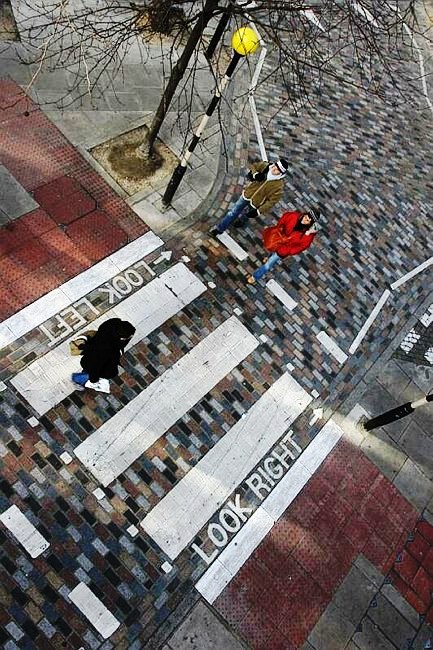 Aerial view of the multi-coloured dressed setts pioneered in Monmouth Street by the Trust, with Shaftesbury PLC and Camden. 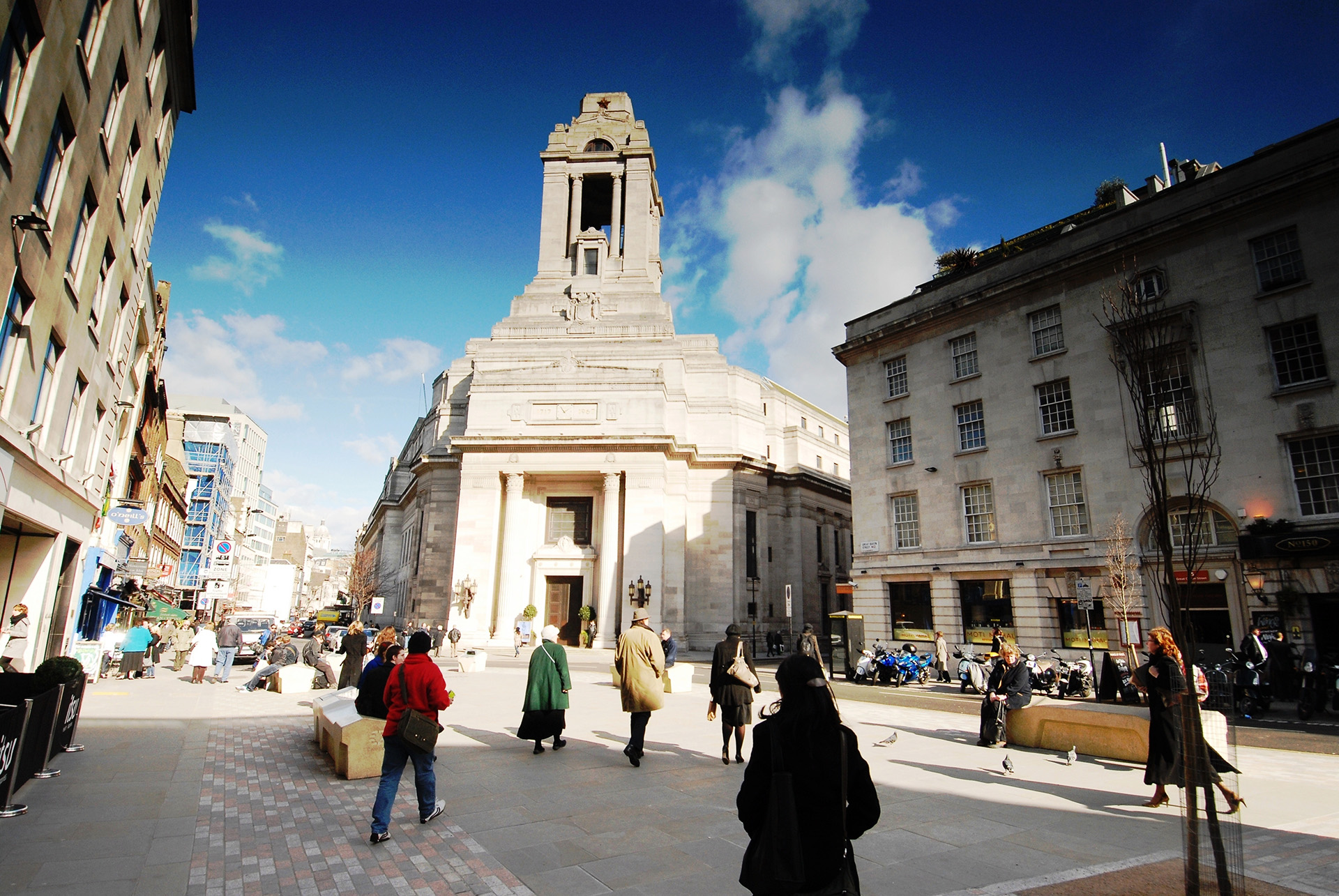 Multi-coloured dressed setts used by Camden in the improvement of the Great Queen Street junction with Drury Lane. 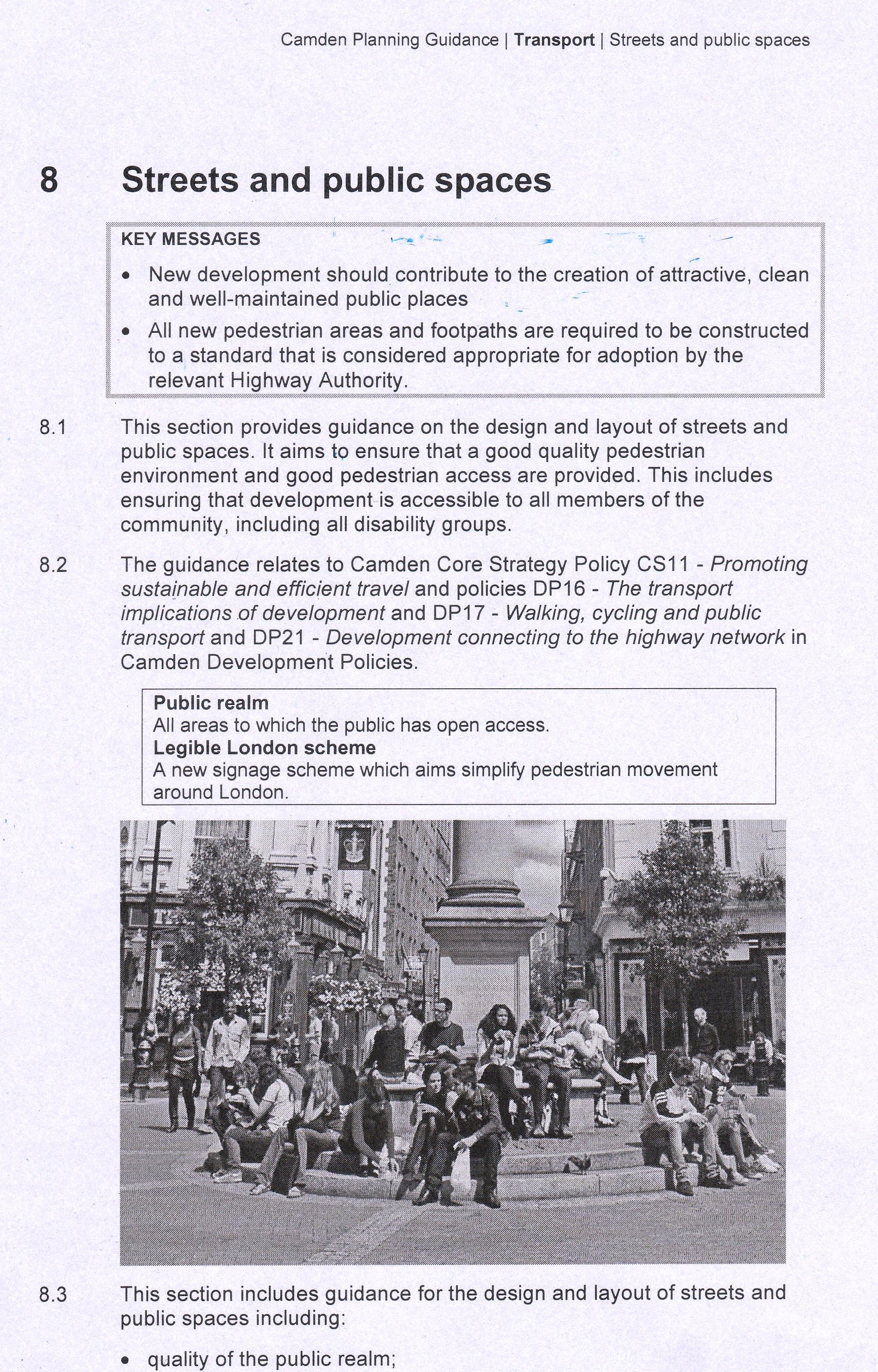 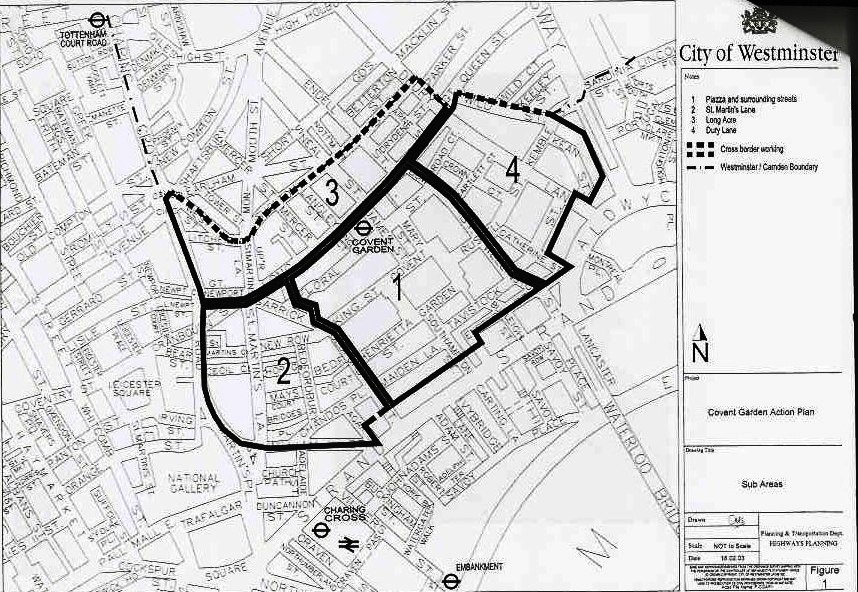 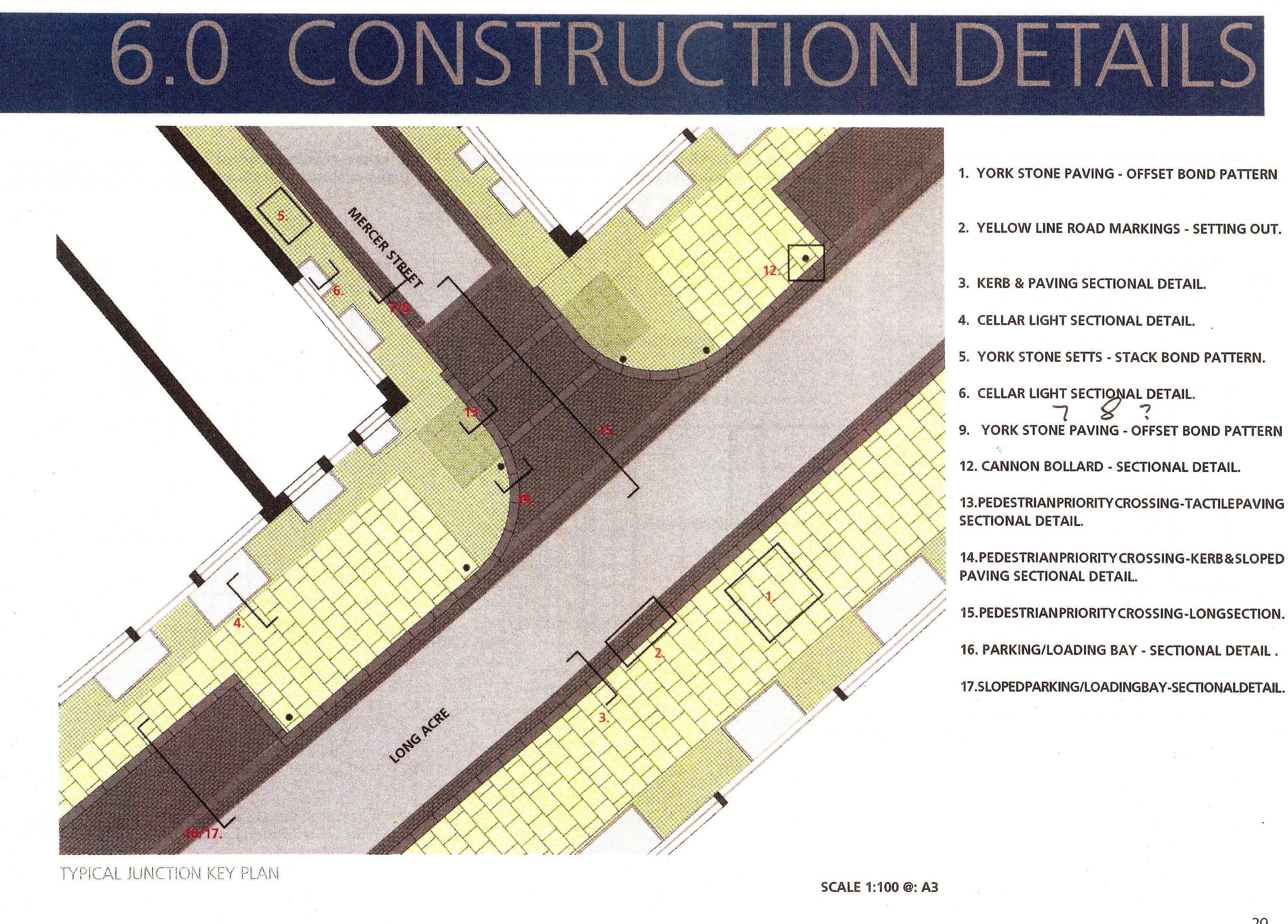 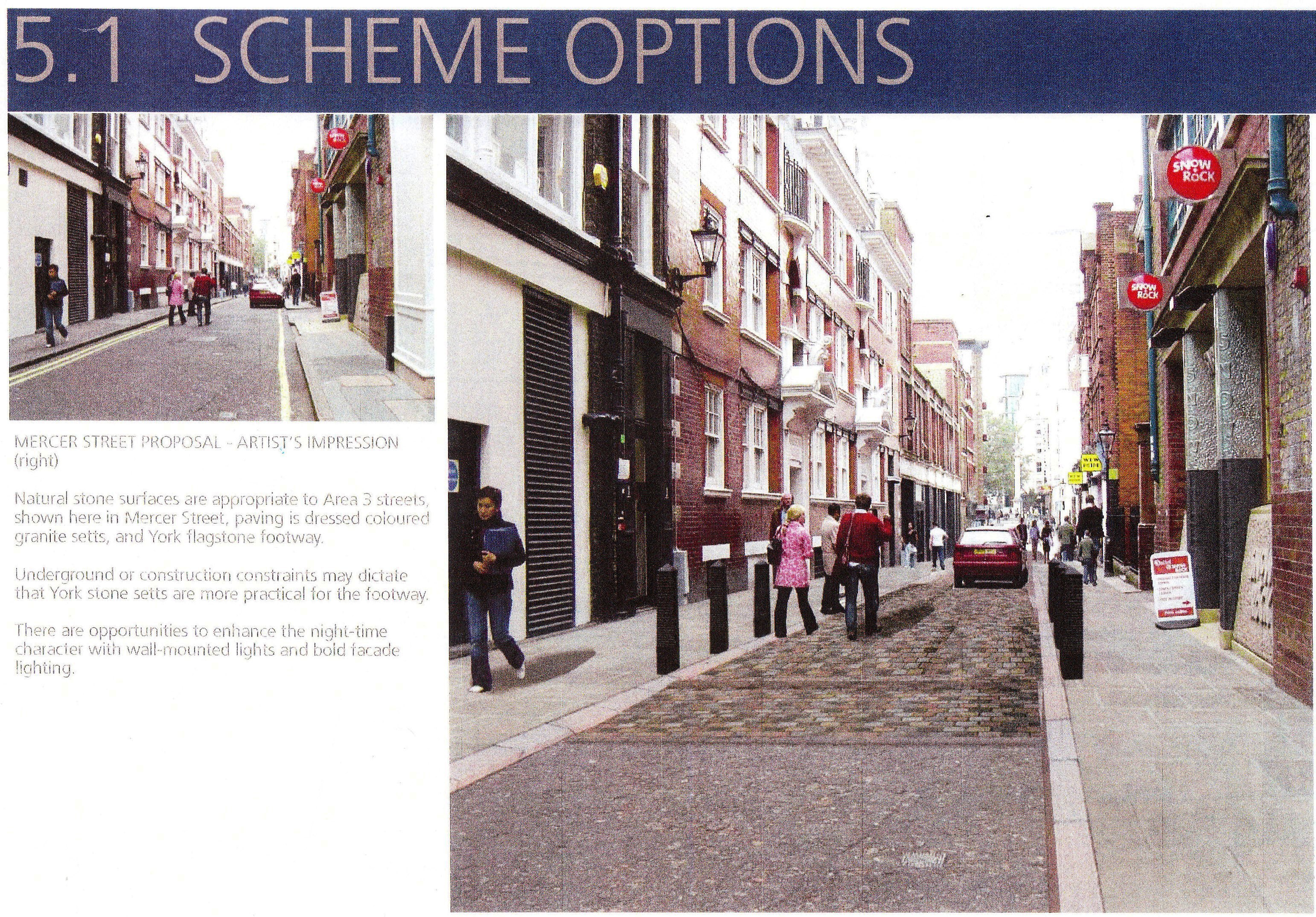 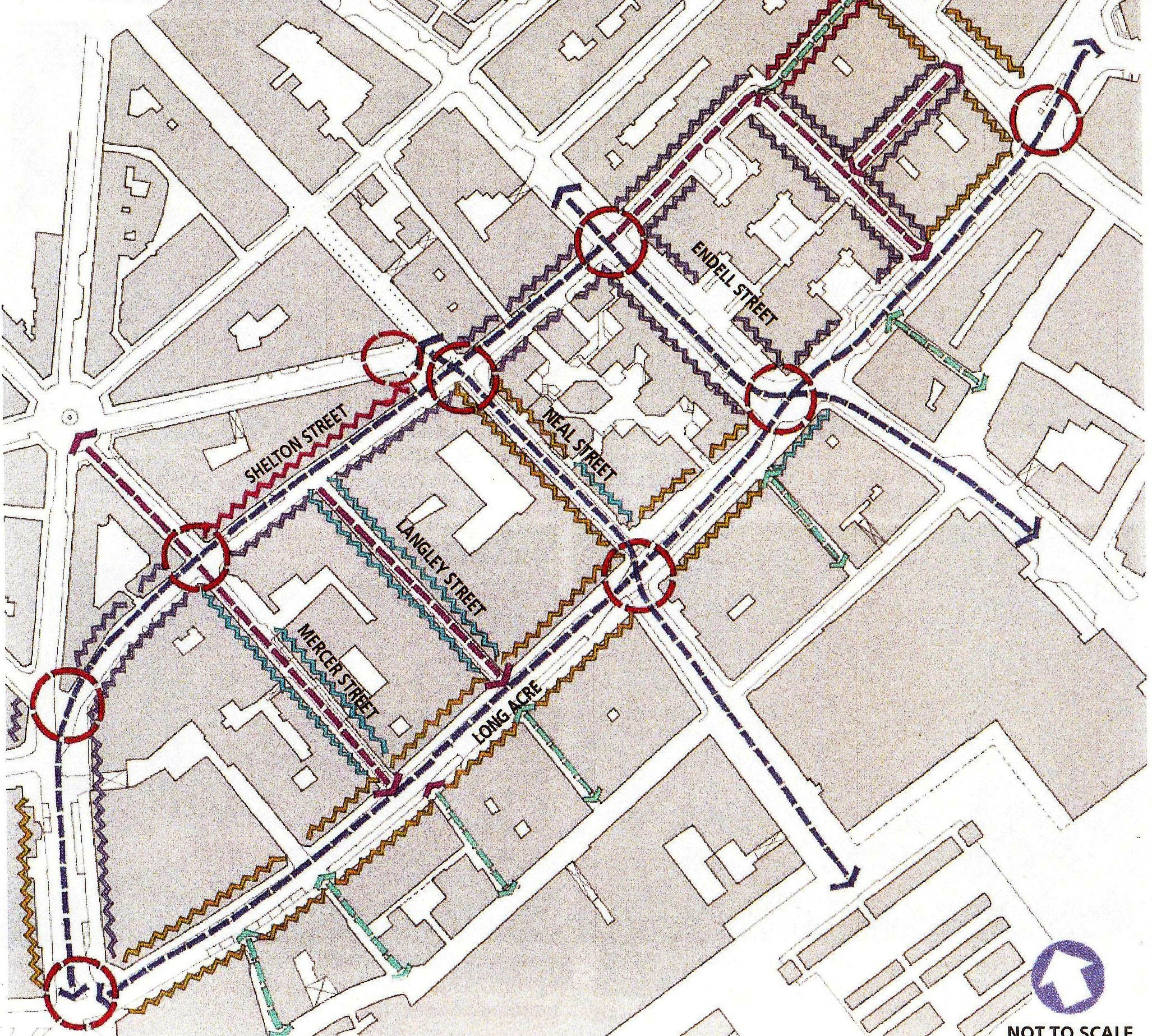 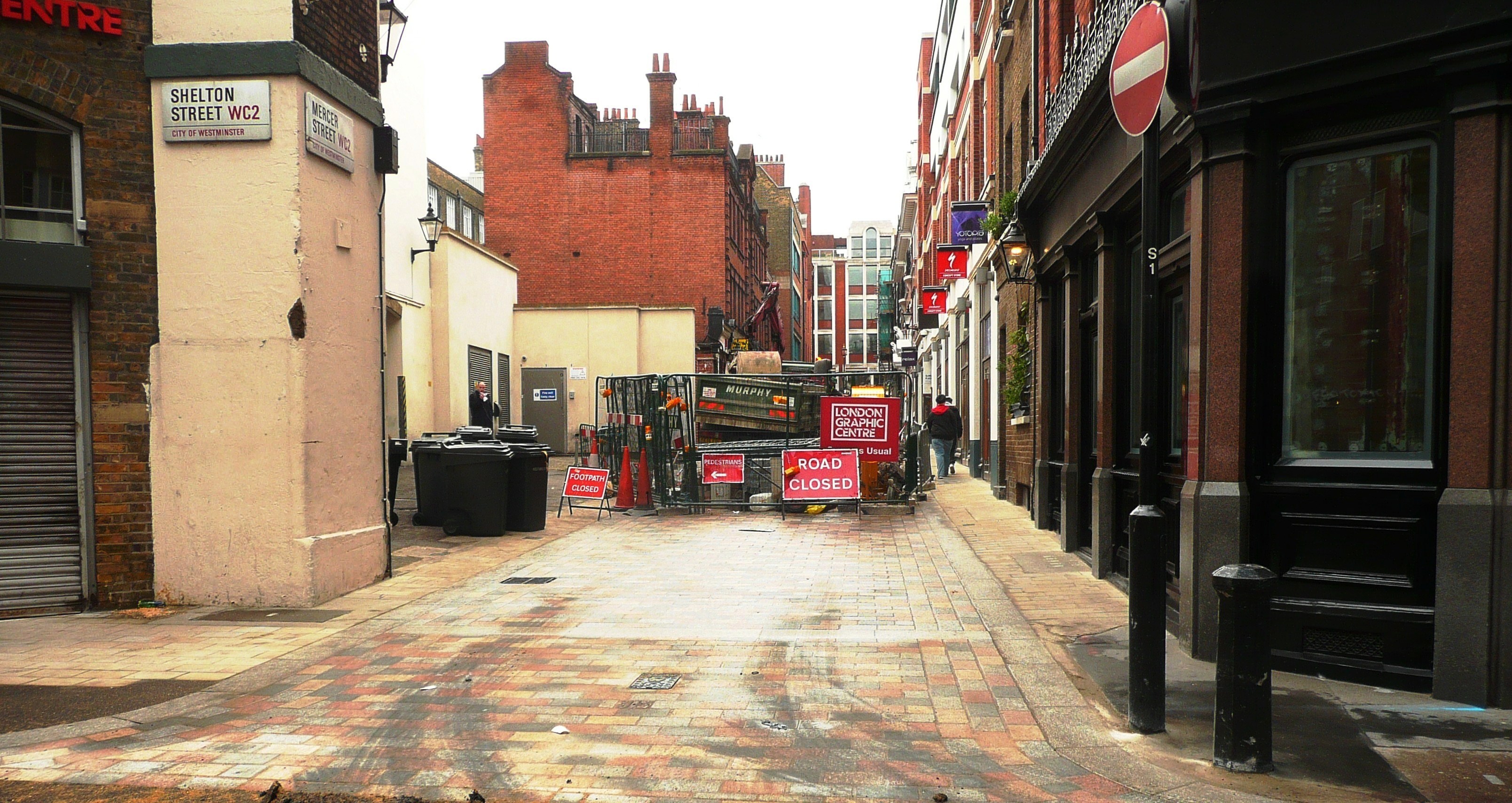 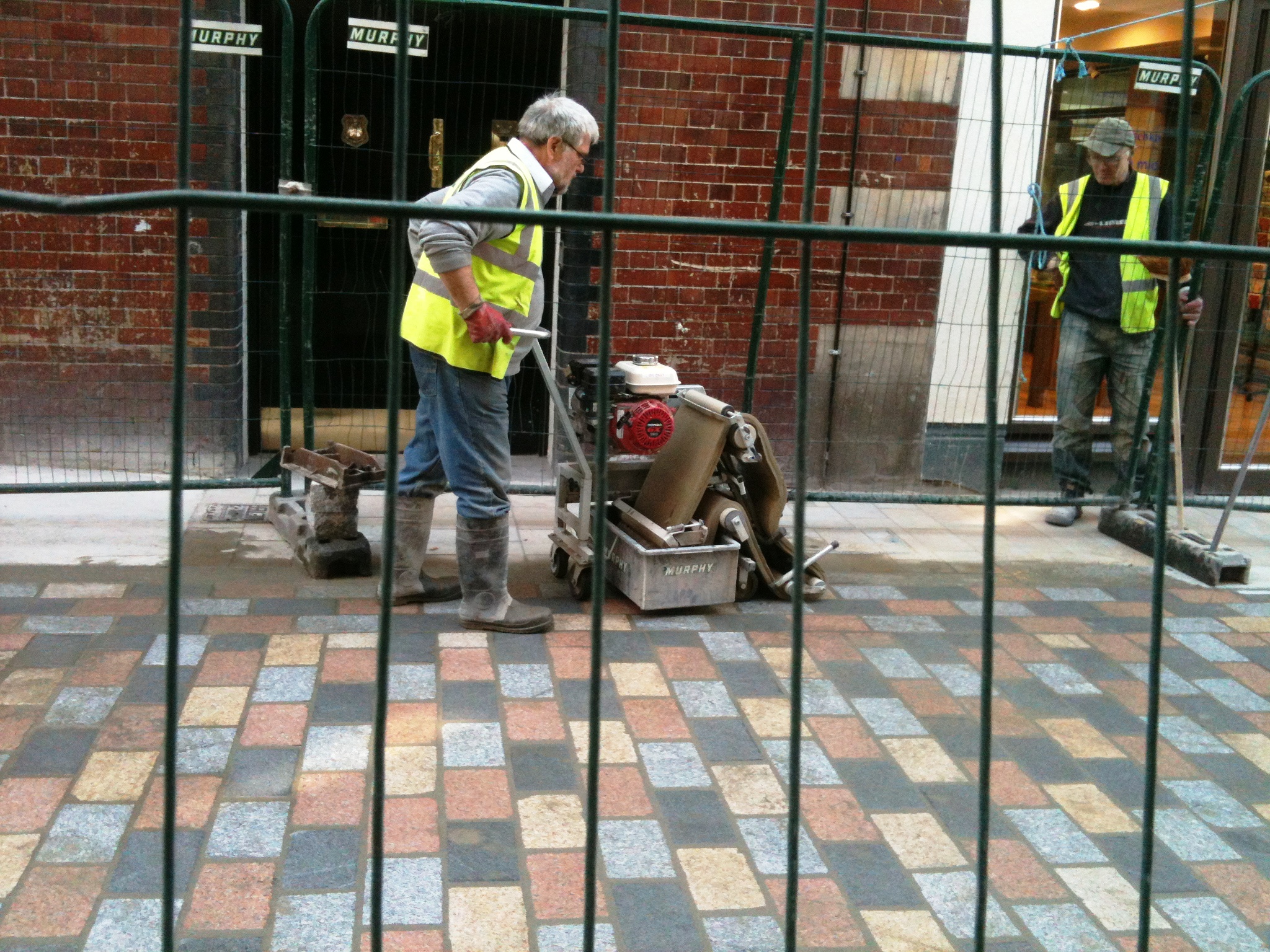 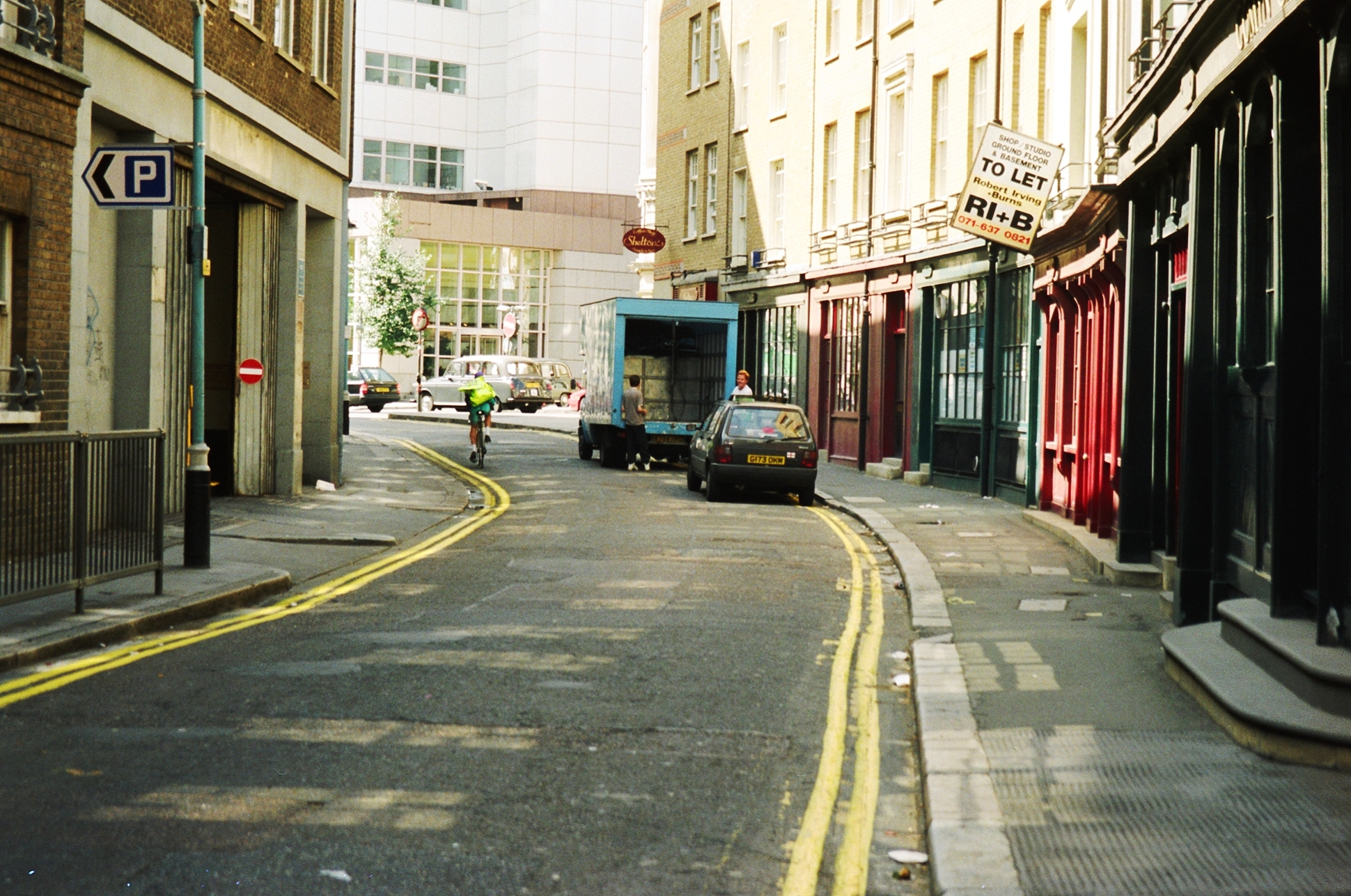 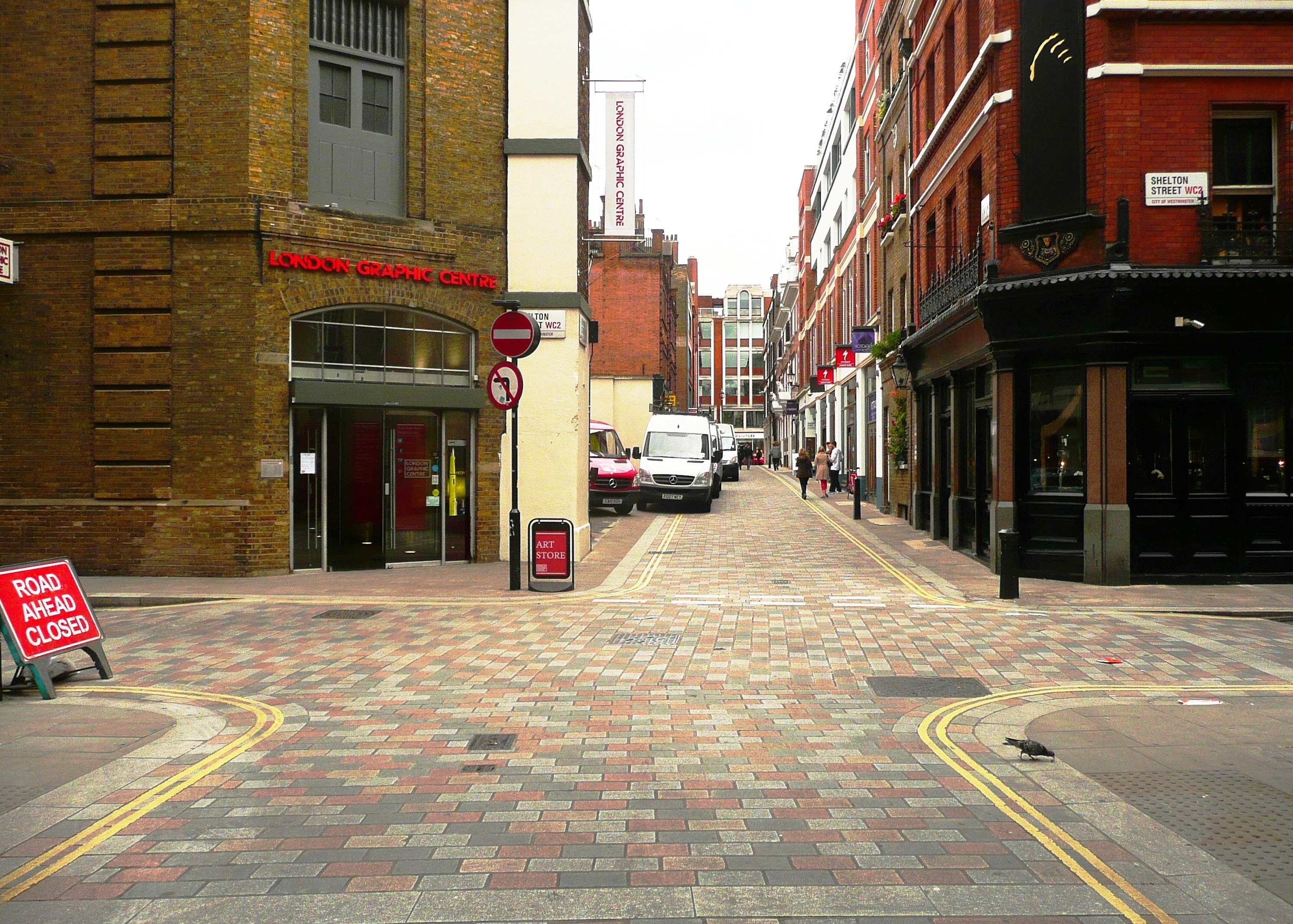 Mercer Street South (completed 2012) with Shelton Street in the foreground (completed 2013) - the borough boundary between Westminster and Camden. 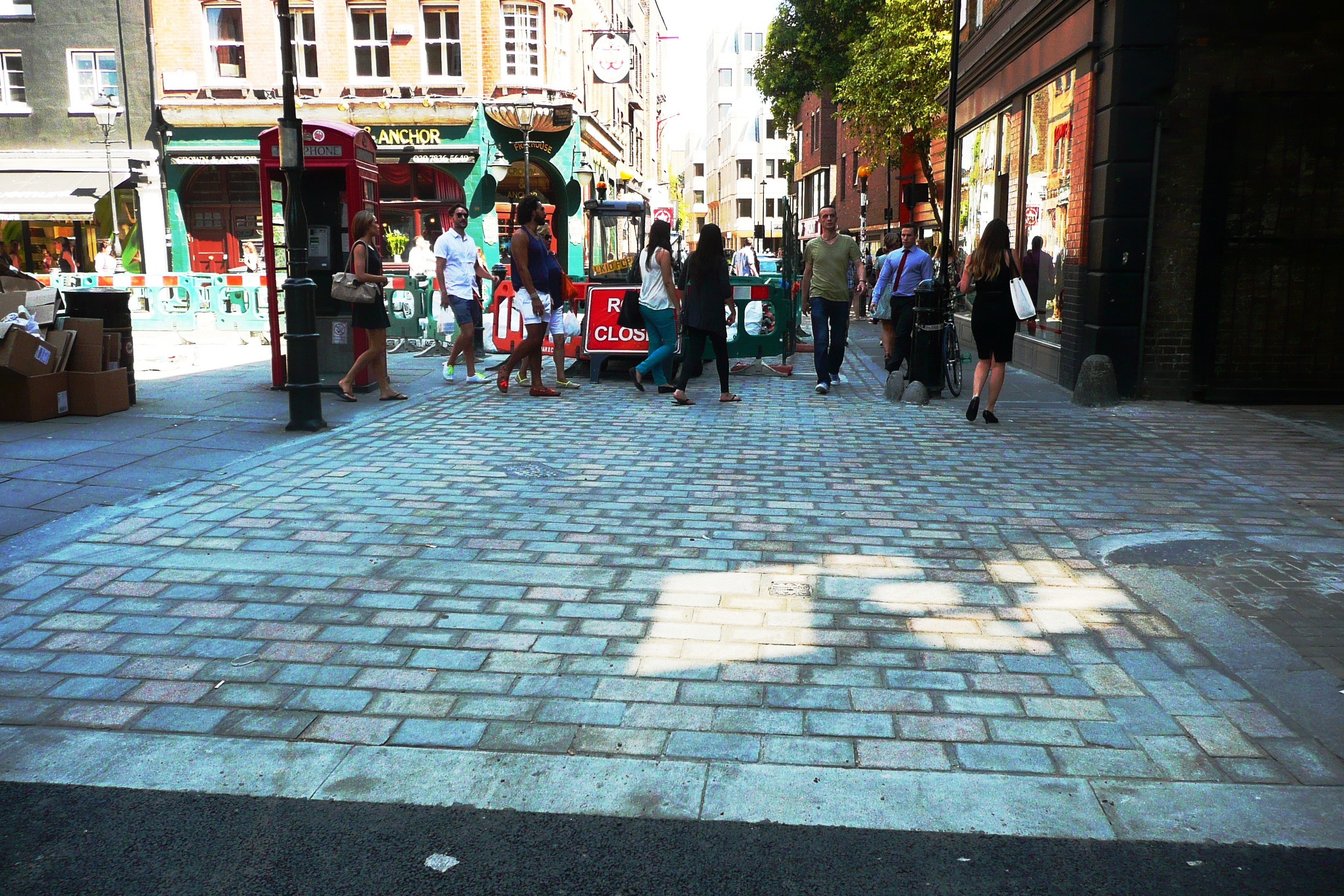 Westminster's works in progress on Shelton Street South in 2013. 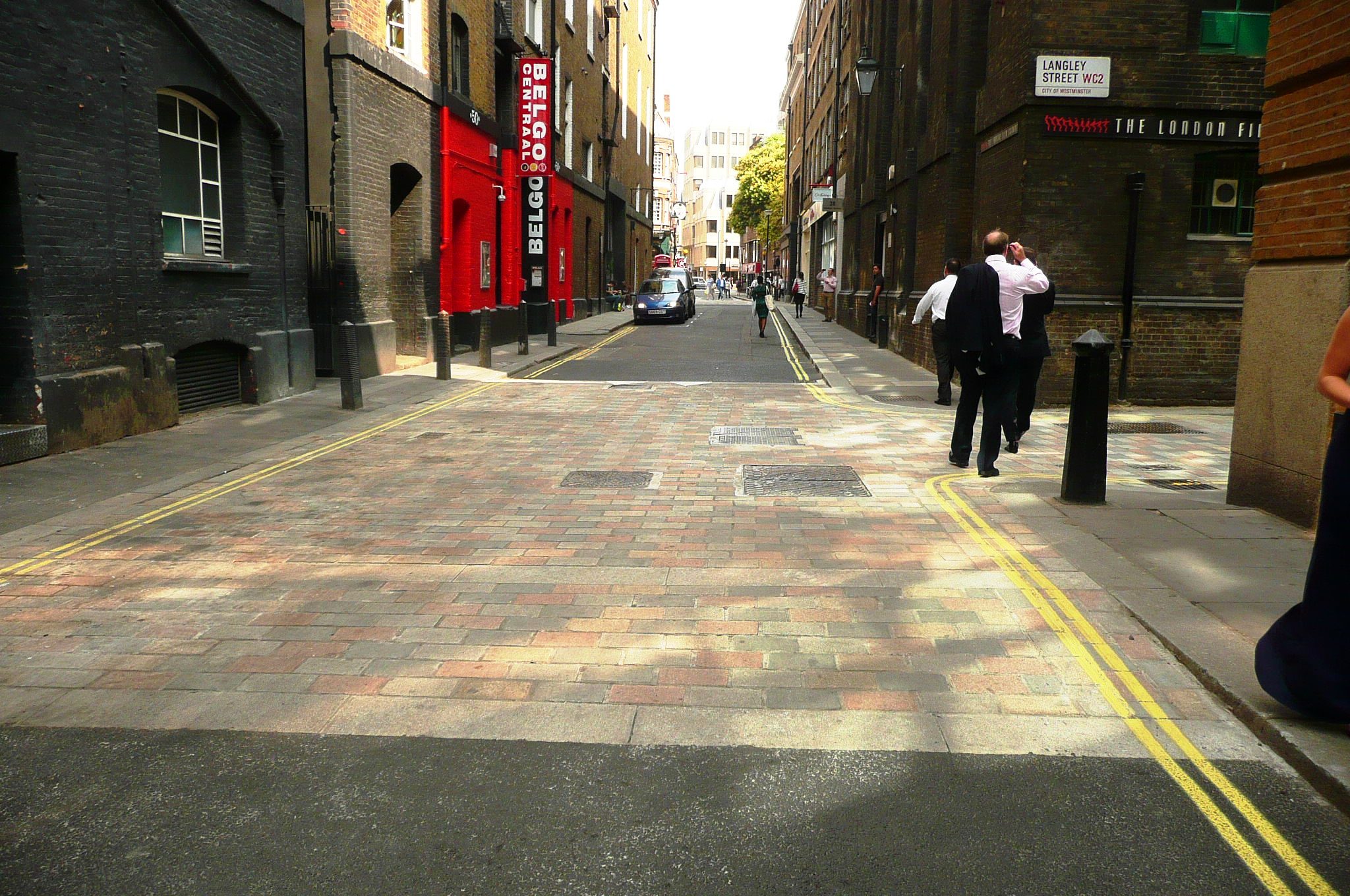 Westminster amended their public realm manual 'The Westminster Way' to include the use of multi-coloured dressed setts. 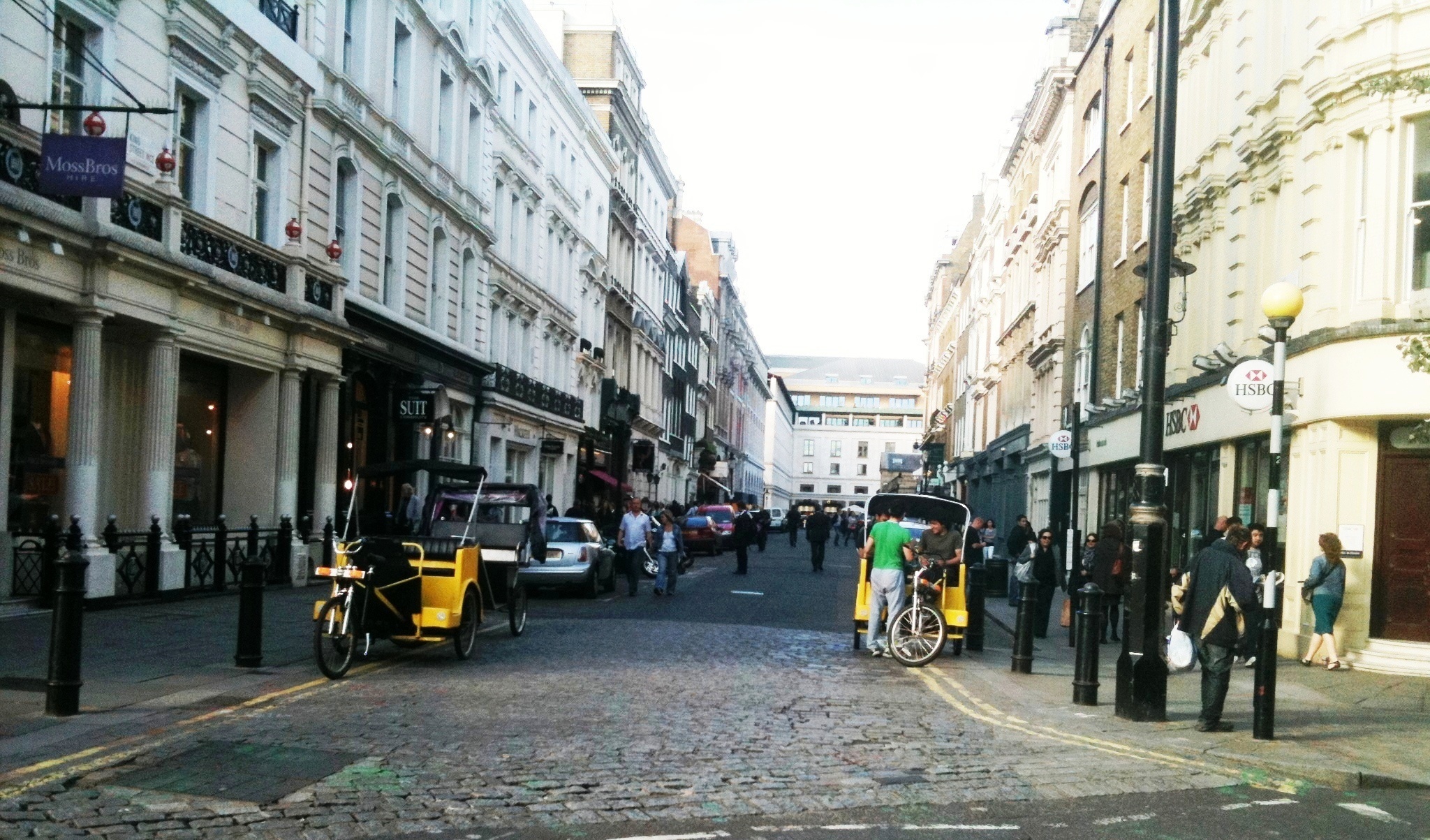 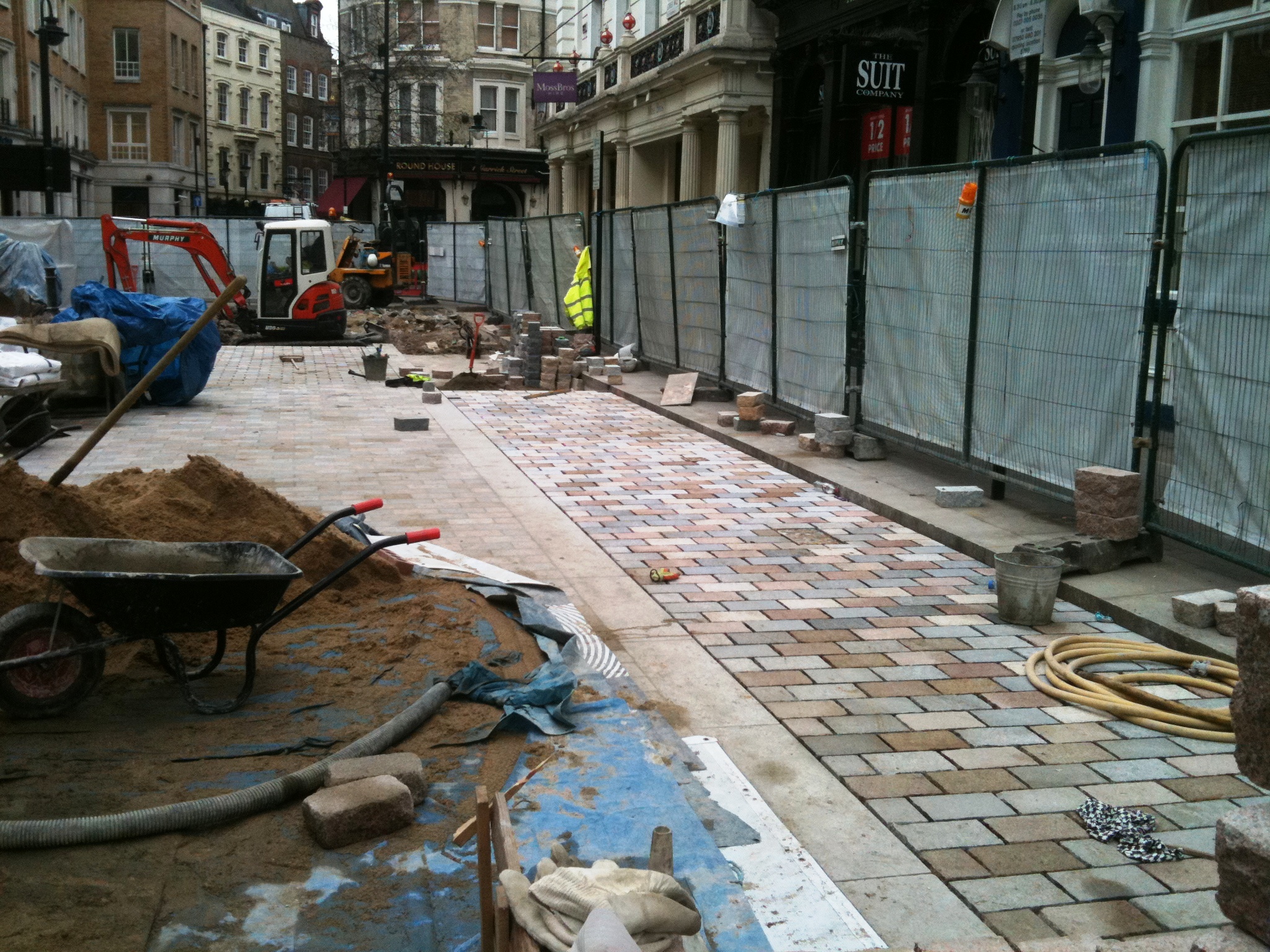 King Street works in progress, undertaken by Westminster and funded by Capco who own much of the property in and around the Covent Garden Piazza. 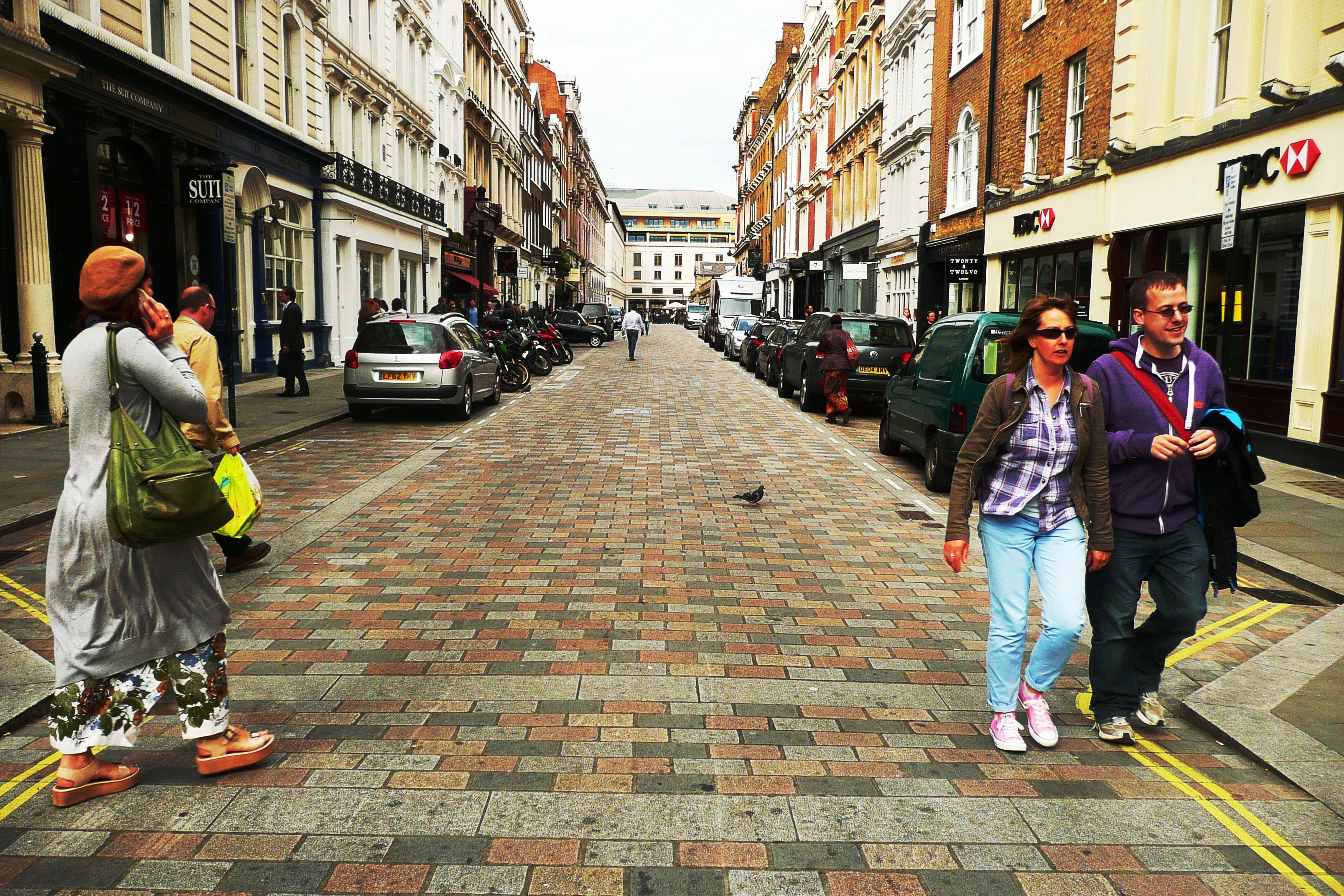 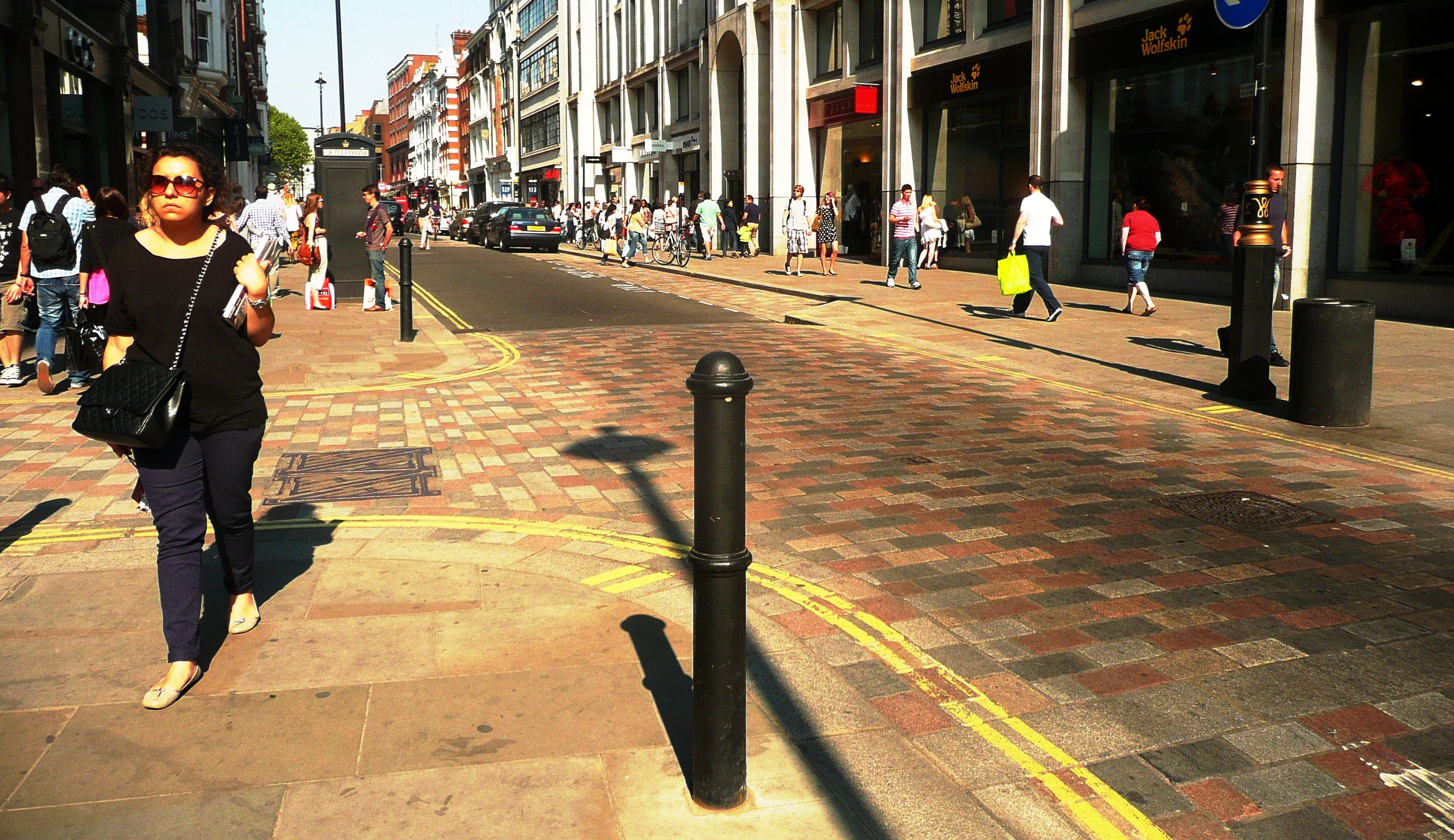 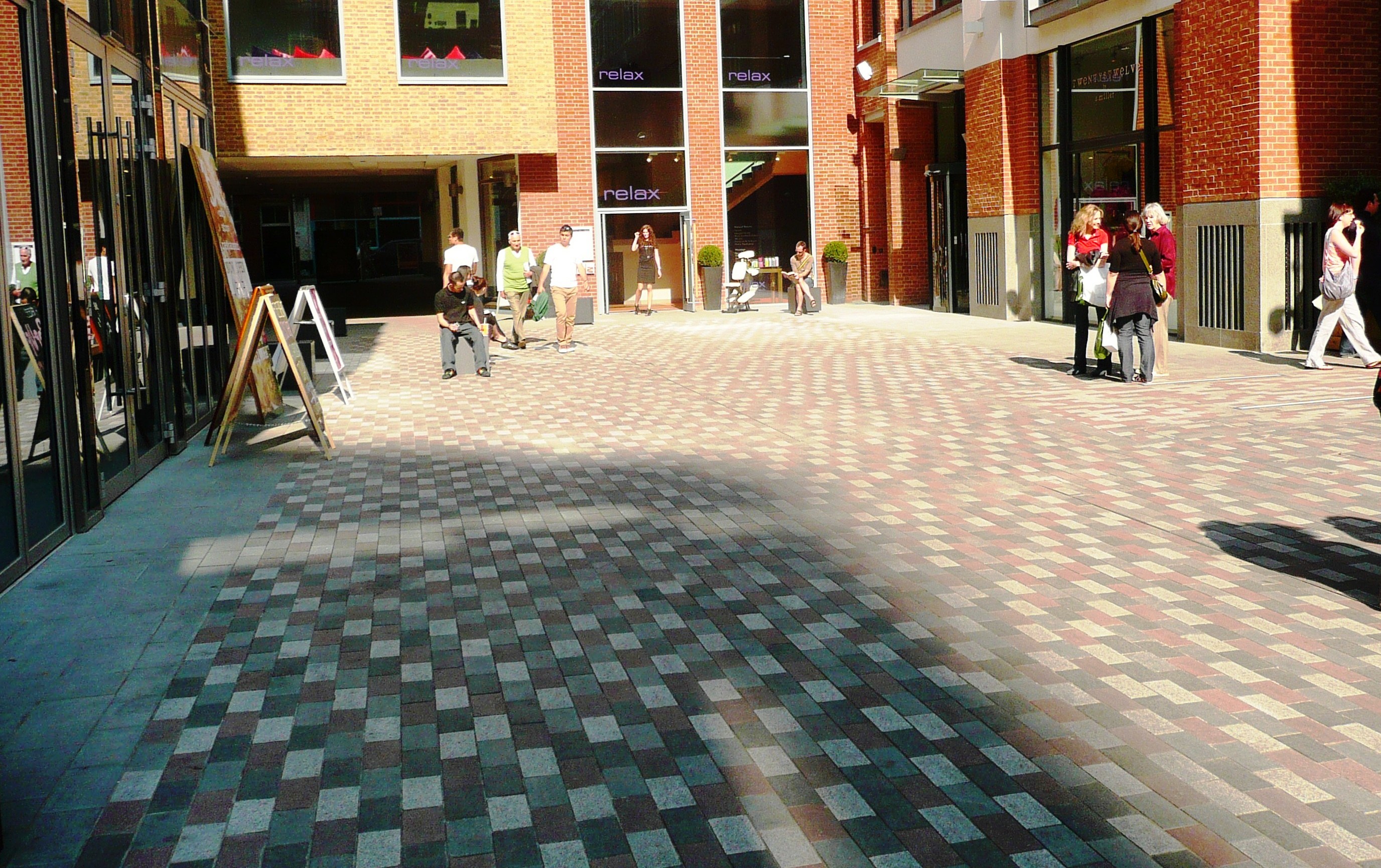 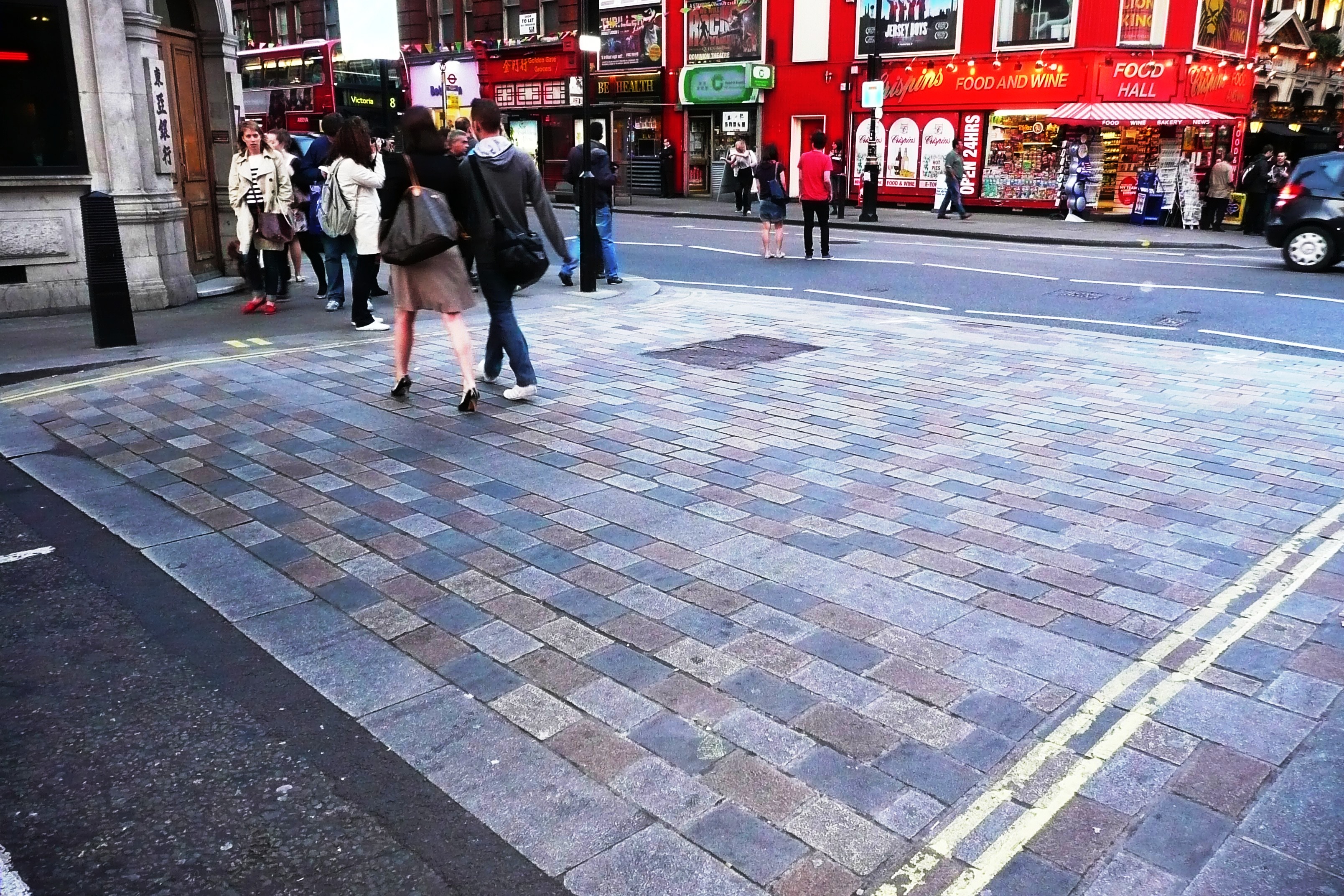 Transport for London's use of multi-coloured dressed setts at the junction of Dean Street and Shaftesbury Avenue. 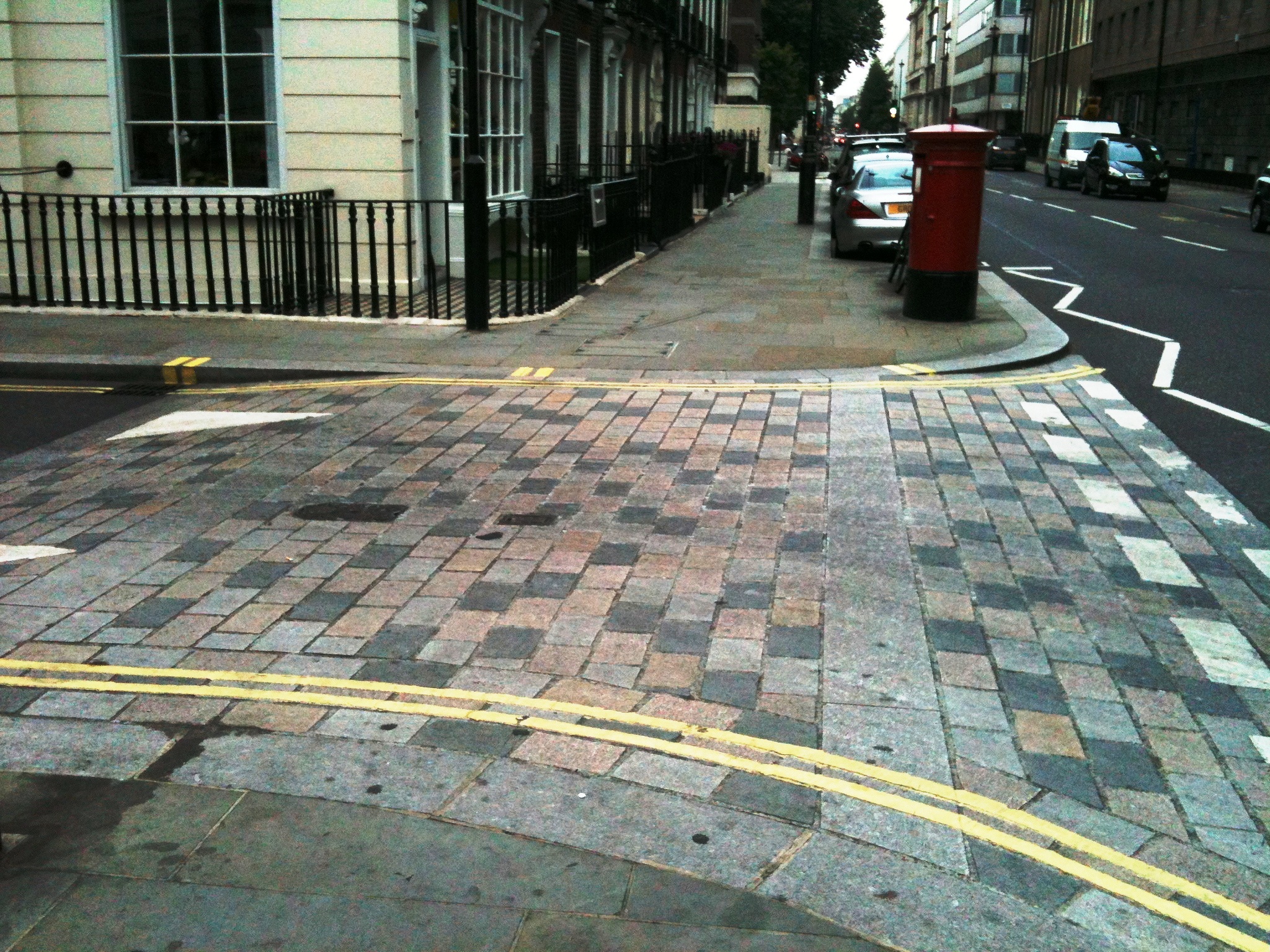 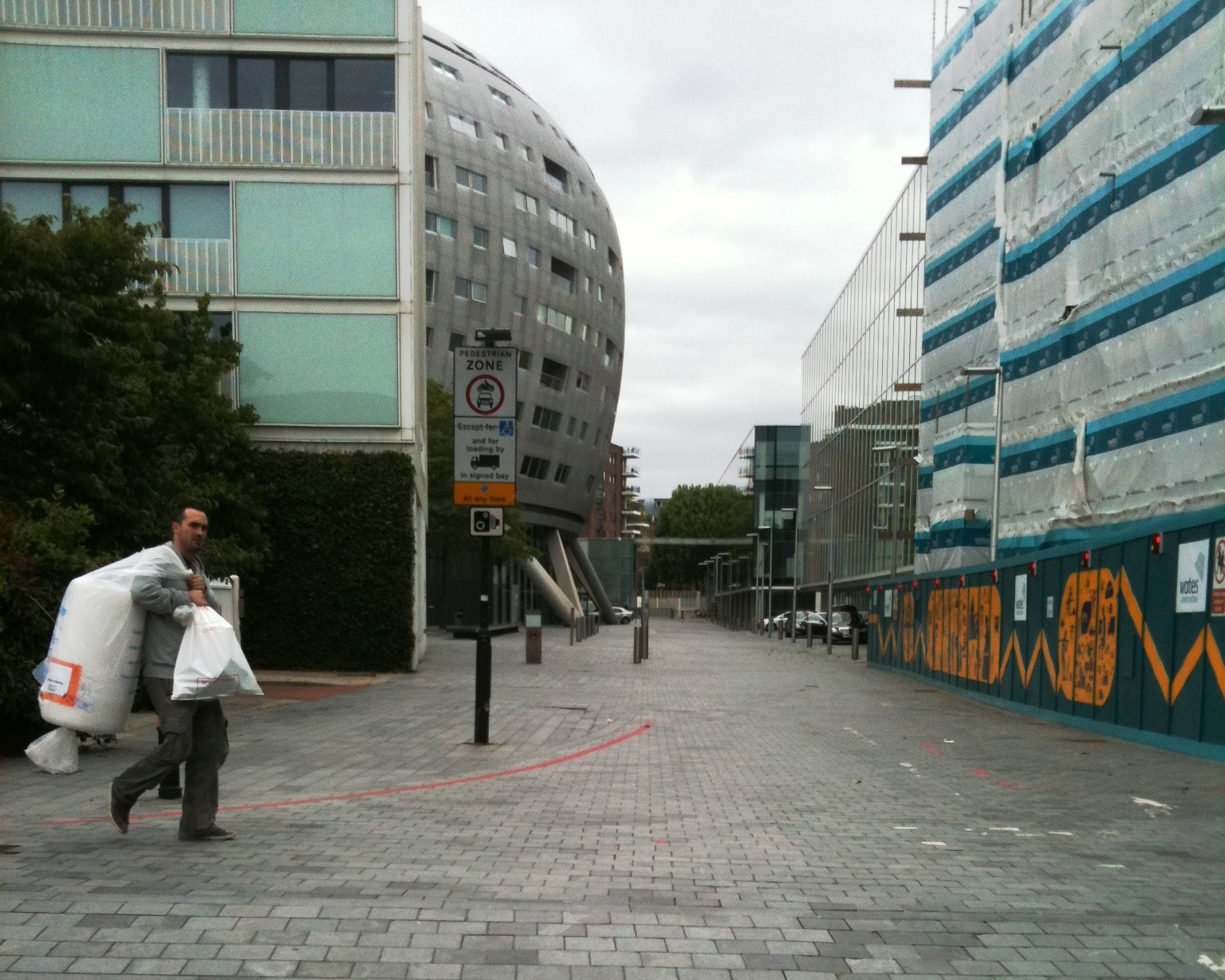 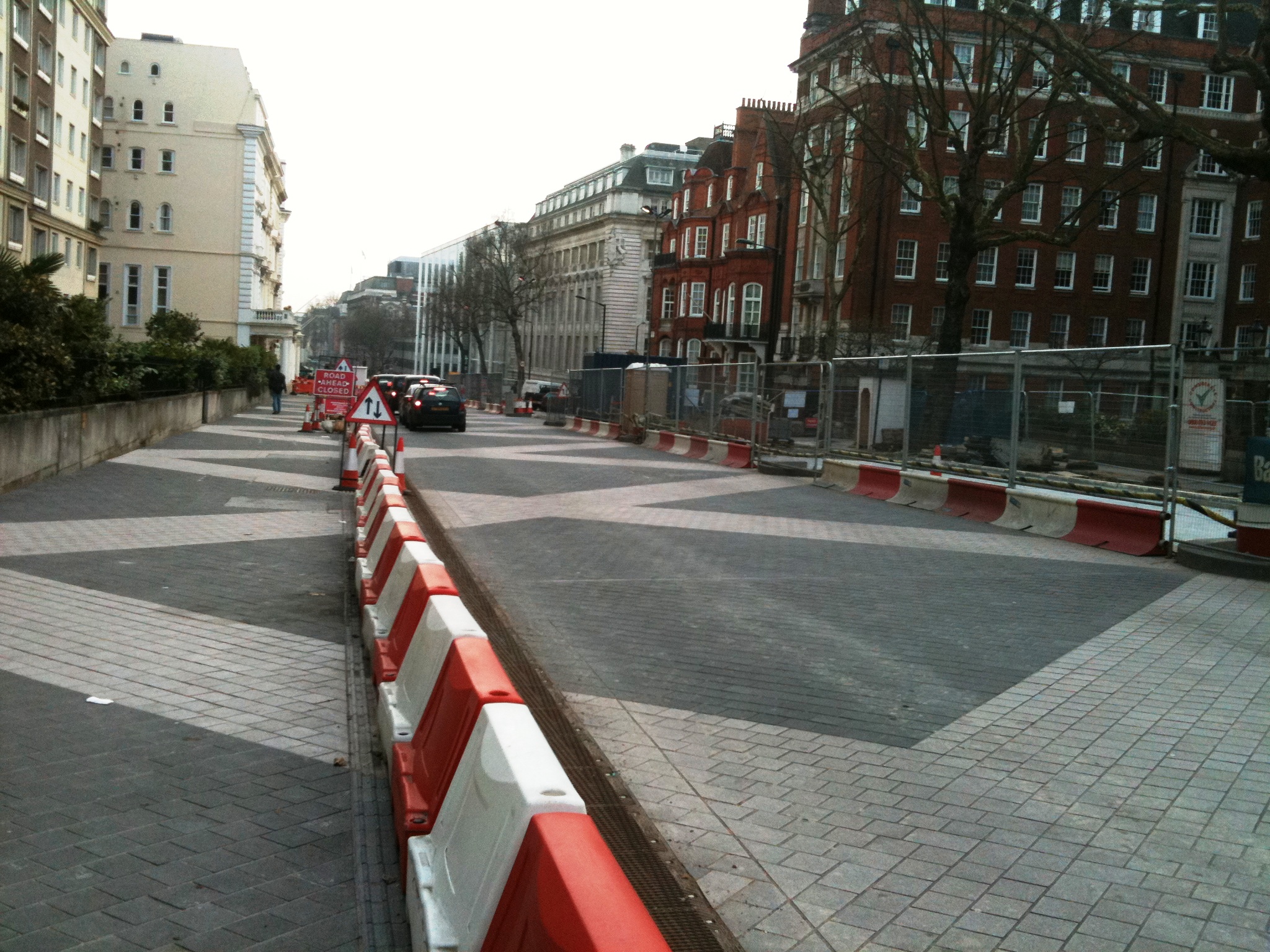 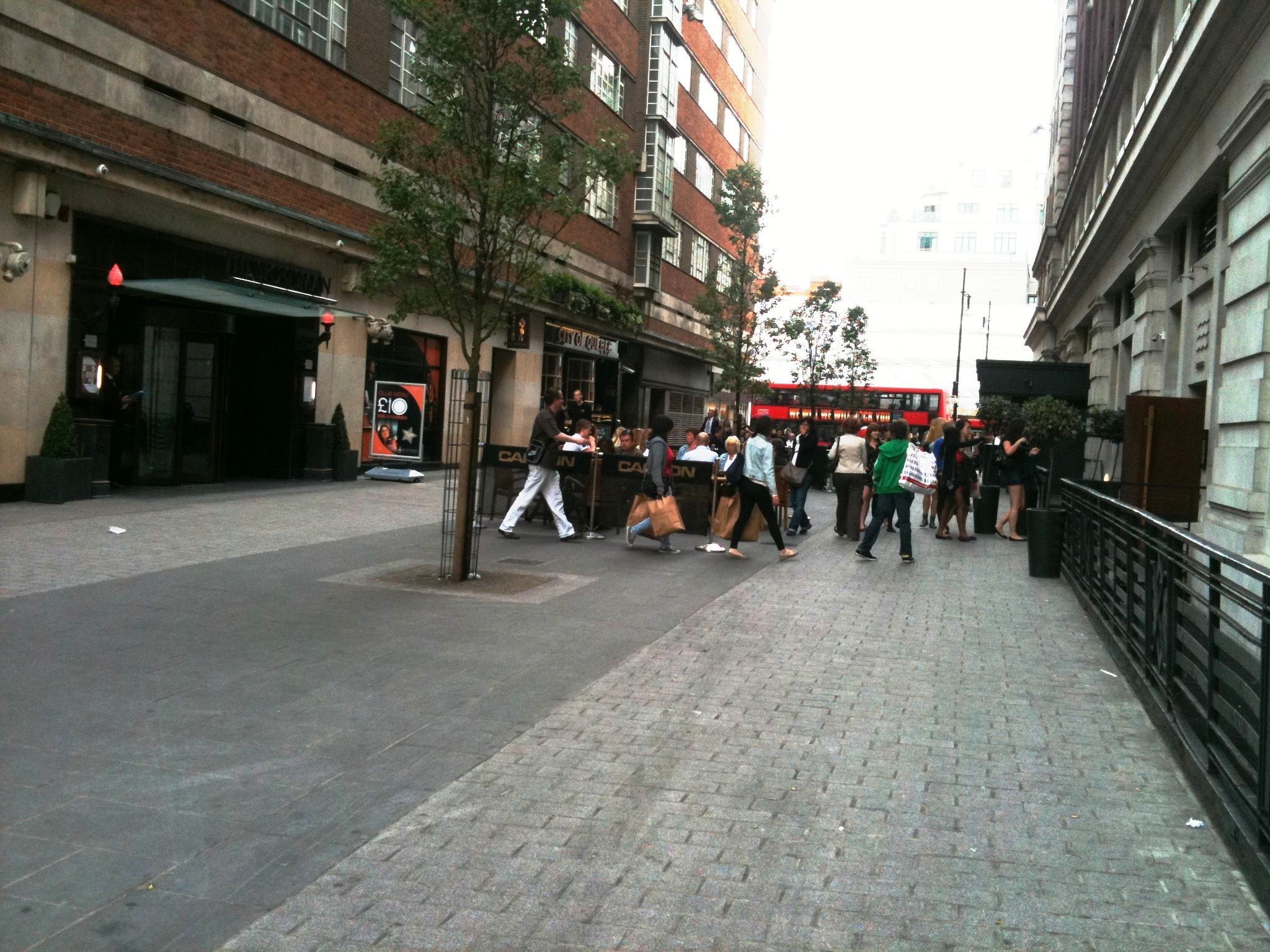 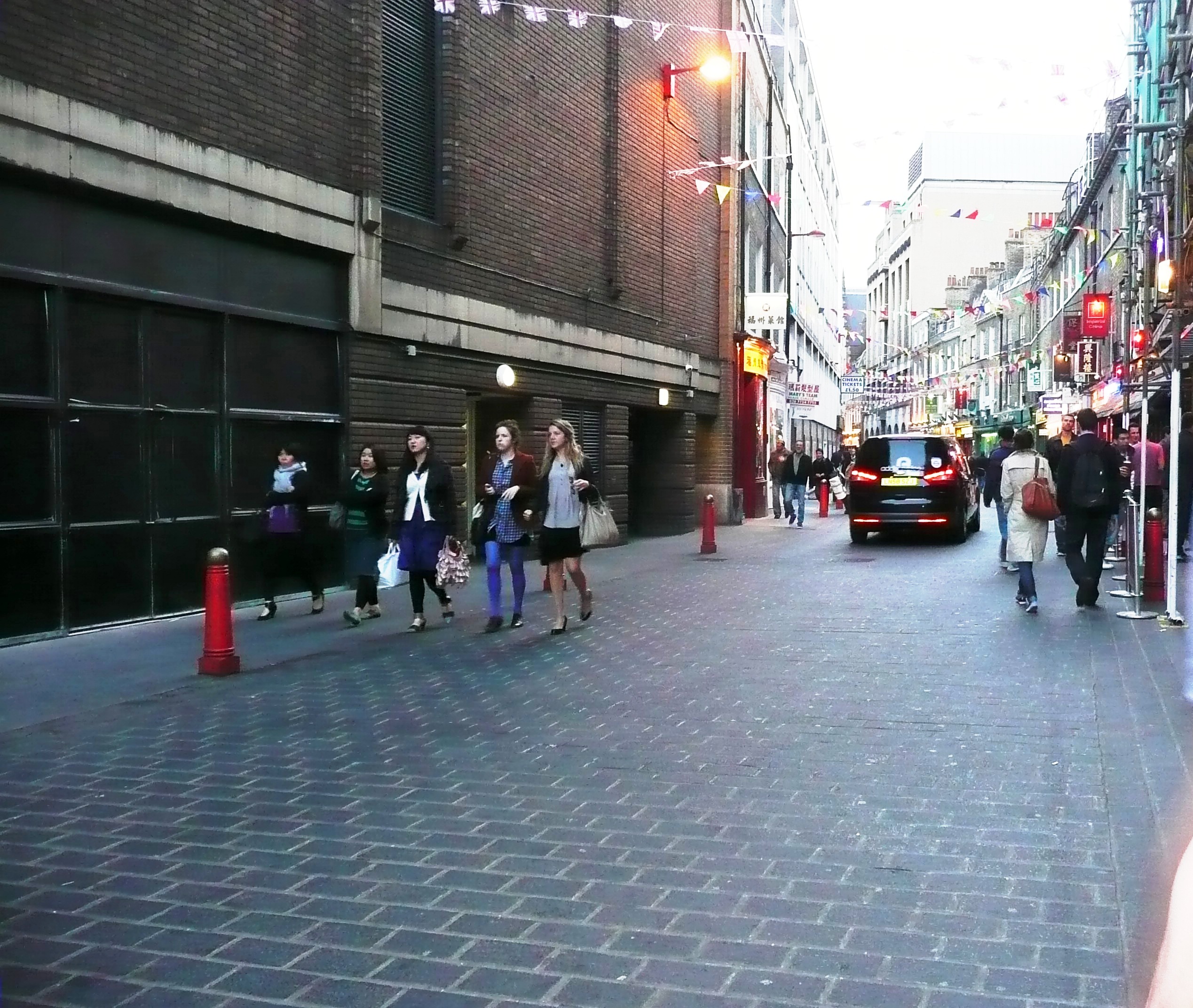 Read 10490 times
Published in All Projects
Tagged under
More in this category: « 2015: Re-Lighting Seven Dials – A Cross Border Partnership Updating the Exhibition »
back to top