The light output from the 60 watt Philips Cosmopolis lamp and the fact the lamp hit the refractor at exactly the correct point, totally put the existing lighting installations to shame and the savings involved in the energy and running cost are also a great gain to the overall effect of the scheme.

This home-grown project, initiated and organised by the Trust, saw the replacement of all lamp columns (except the few remaining historic gas columns) by bespoke façade-mounted lanterns from Shaftesbury Avenue down to Long Acre (the largest area in the West End with façade lighting). The project took seven years to complete largely because the specialist French company which won the tender for manufacture went through two changes of ownership which led to a series of frustrating manufacturing errors. It was only with the acquisition of the company by Philips Lighting UK that the errors were corrected and the Trust could take delivery of the handsome lanterns and brackets. The lanterns were installed in August 2014. 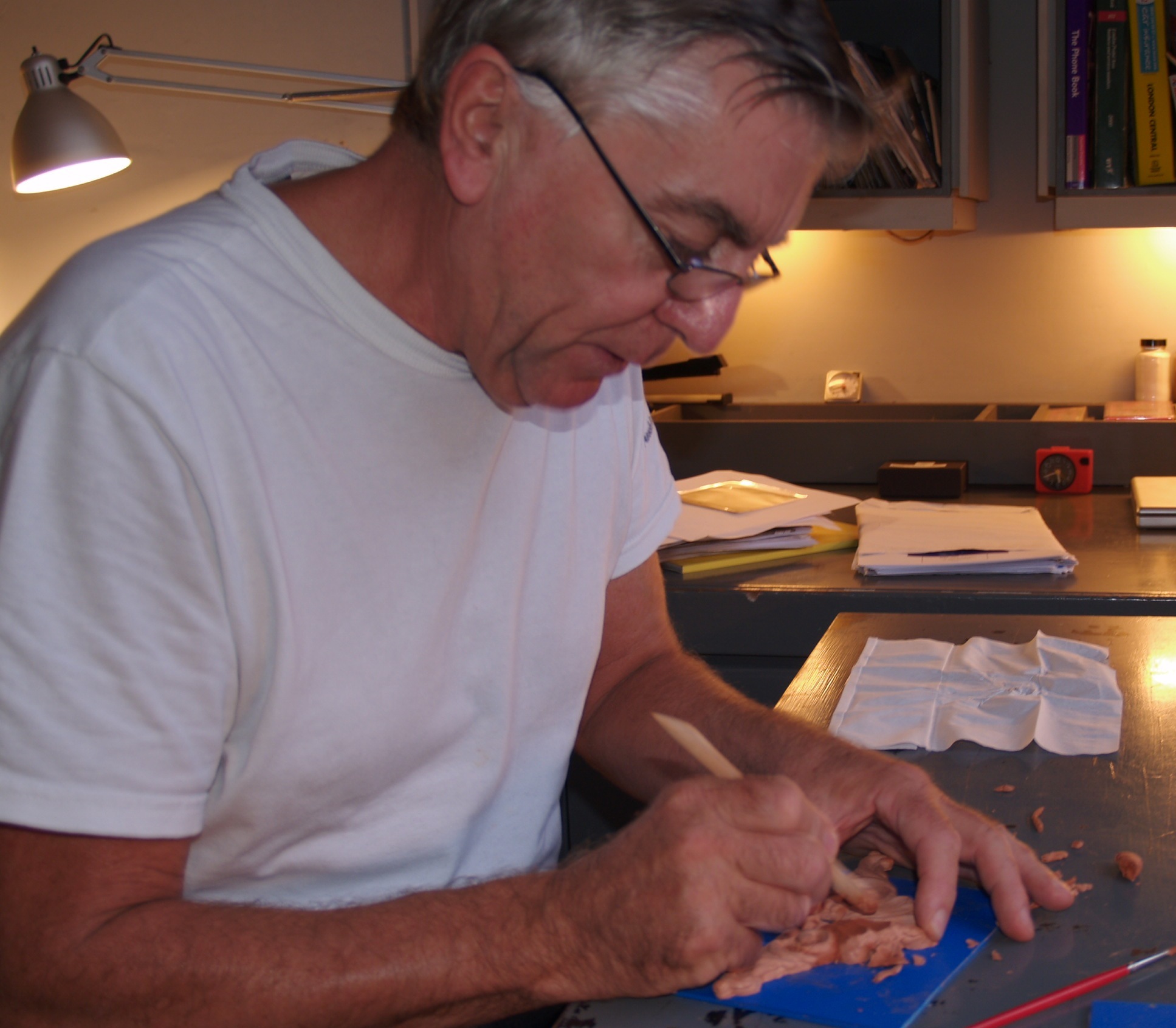 Much research was undertaken by the Trust and its advisors before the final design was agreed. Available off-the-peg 'heritage' lanterns were rejected as being generally of poor quality. Our lantern, bracket arm and acrotaria were designed by trustee Paul Draper and were subsequently trademarked under the name Covent Garden Lantern™. The Windsor-style lantern harnesses gas lamp technology using an old fashioned 'sugar-bowl' surround with a modern optic - directing the light in an egg shape.

Tricky power supply and pre-installation works had to be completed before the lanterns could be installed. The many listed buildings approvals were secured by Rolfe Judd, sponsored by Shaftesbury PLC, who also sponsored Fresson Tee to produce a Master Layout Plan with photographs of each facade with electricity feeder boxes and wiring positions. All this information was used for consultation with local freeholders, leaseholders and residents.

The cost of the scheme was £185,000, funded by Camden Council, English Heritage, the St Giles Community Safety Fund and Shaftesbury PLC. Westminster City Council met the cost of £24,000 to extend the scheme over the borough boundary to their section of Shelton Street, Mercer Street and Langley Street. 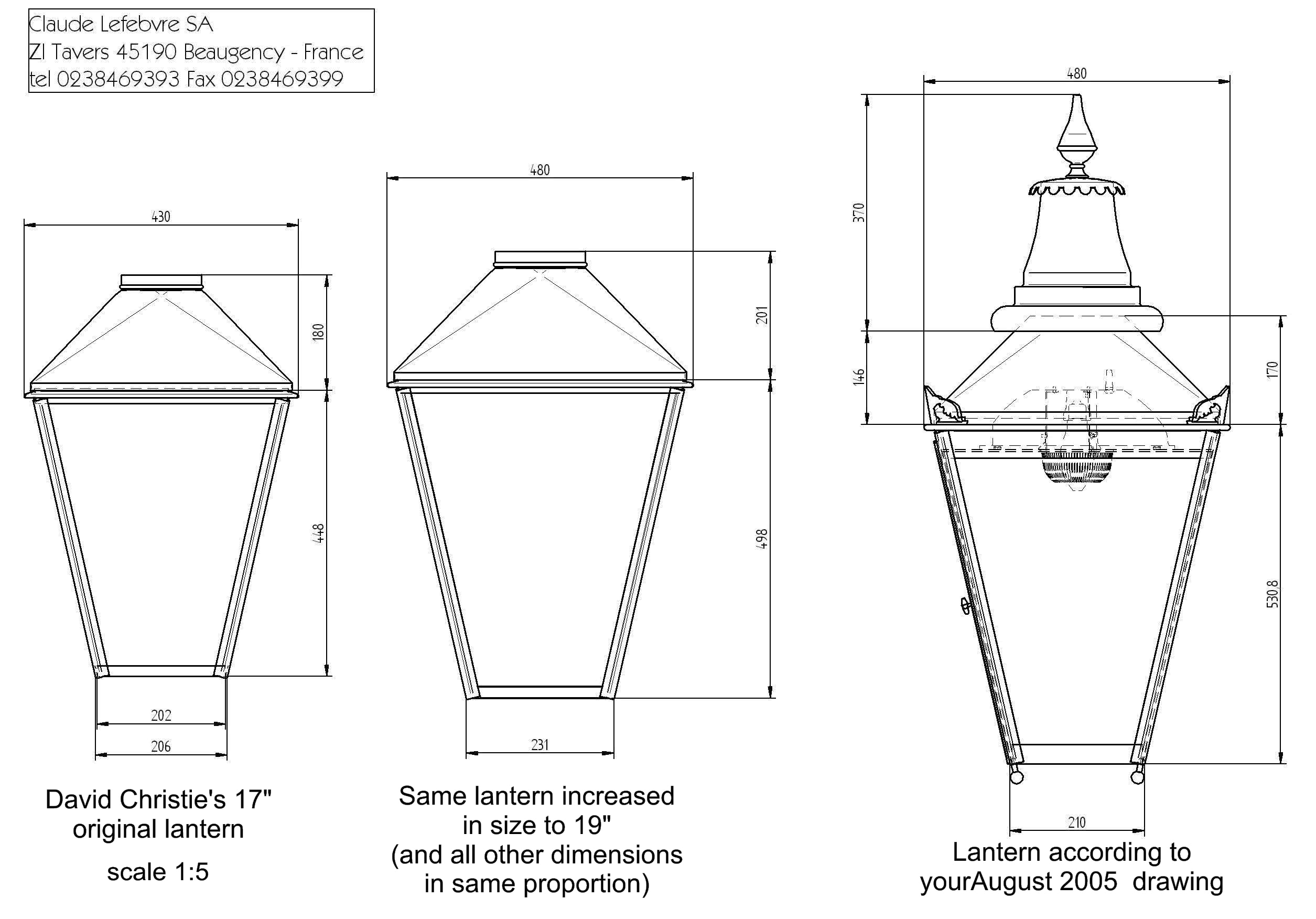 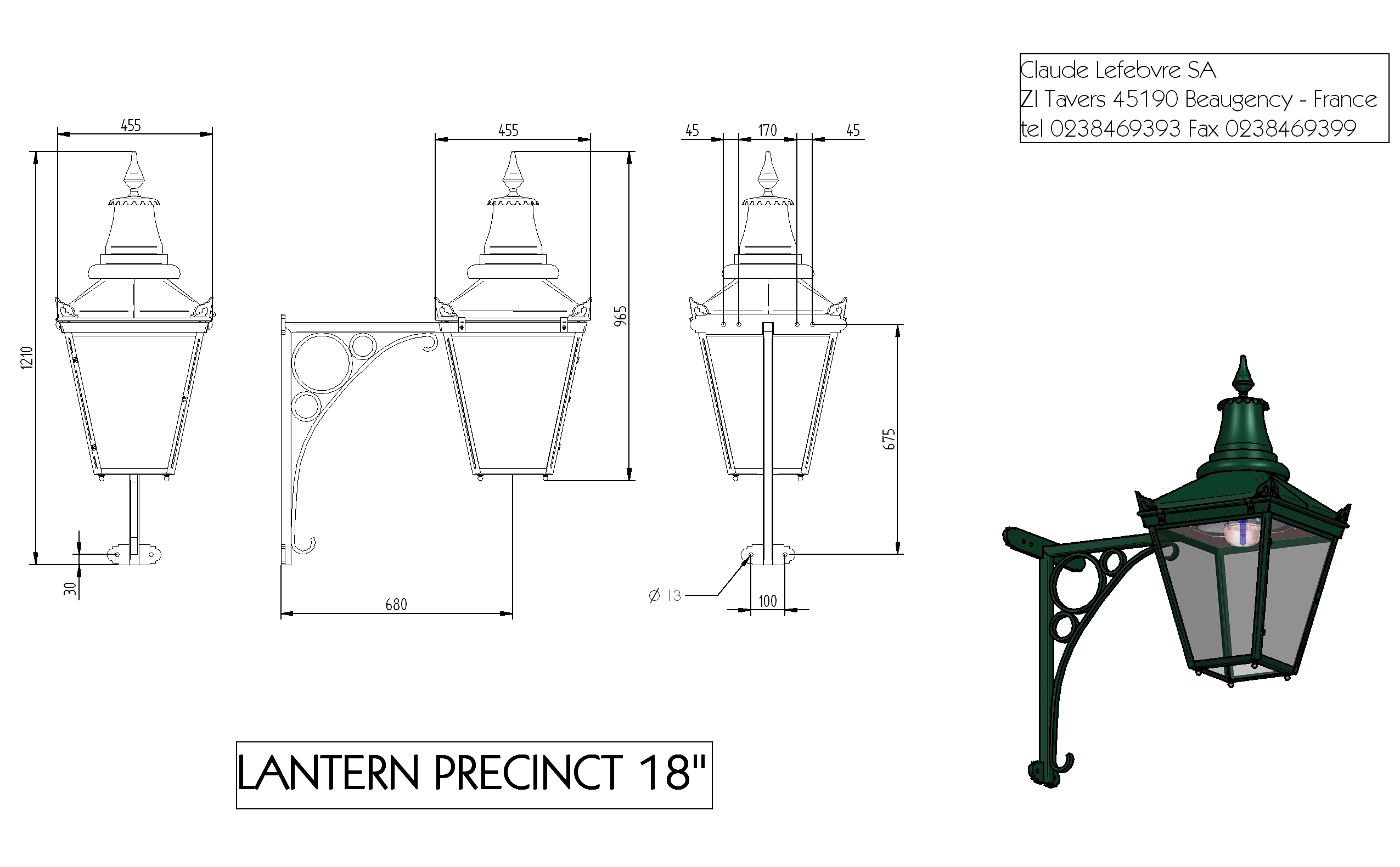 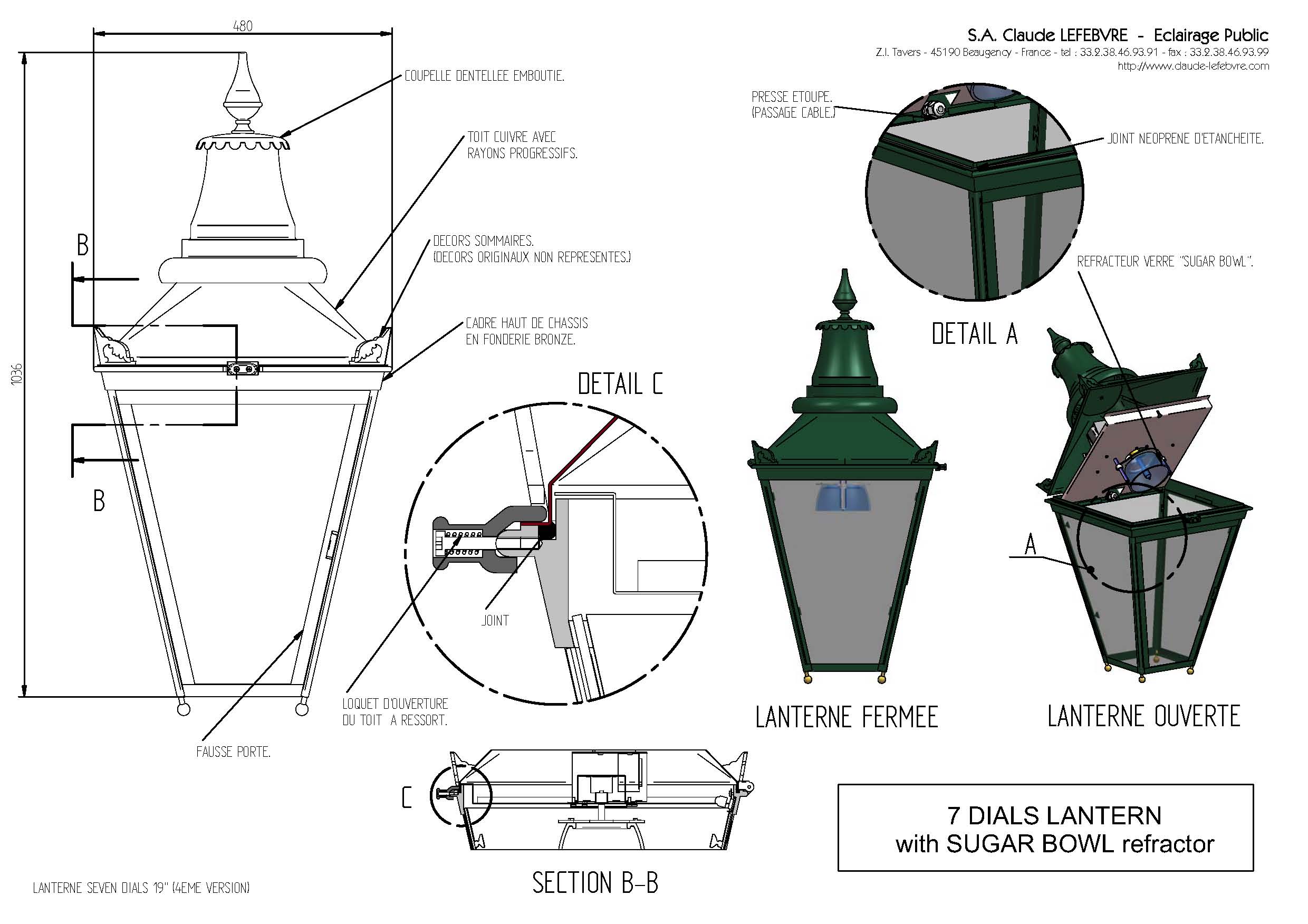 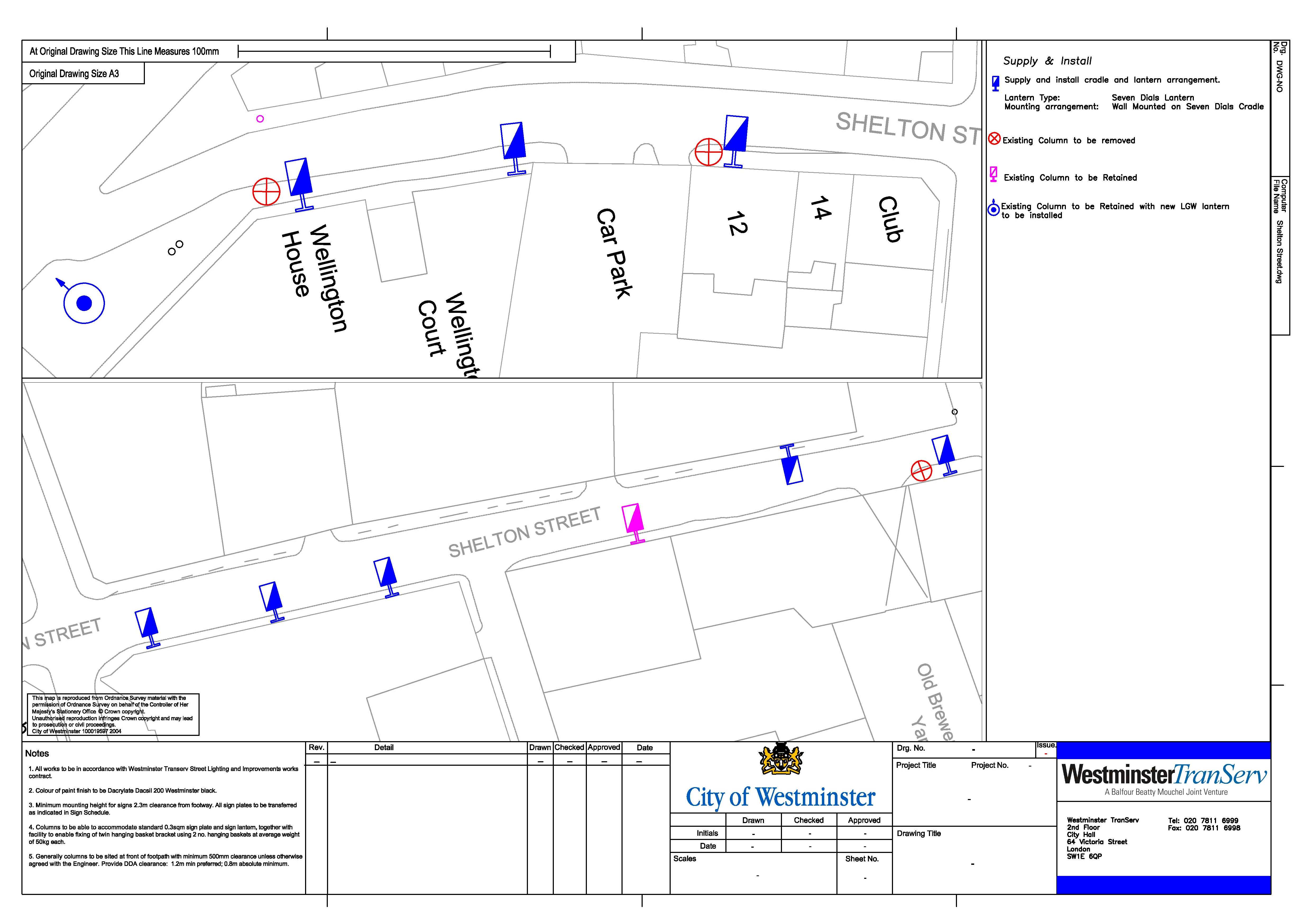 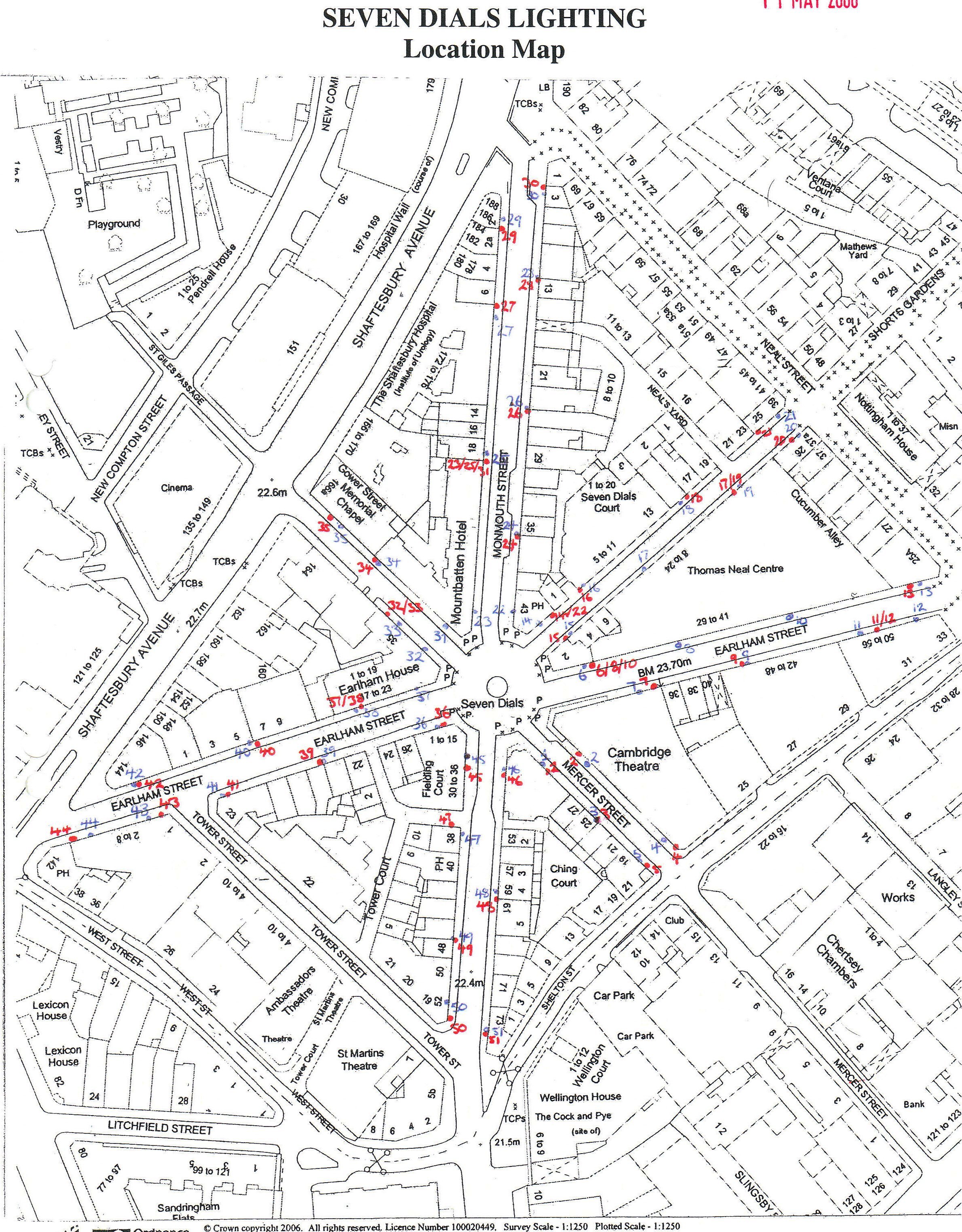 Mapping lantern positions in Camden side. 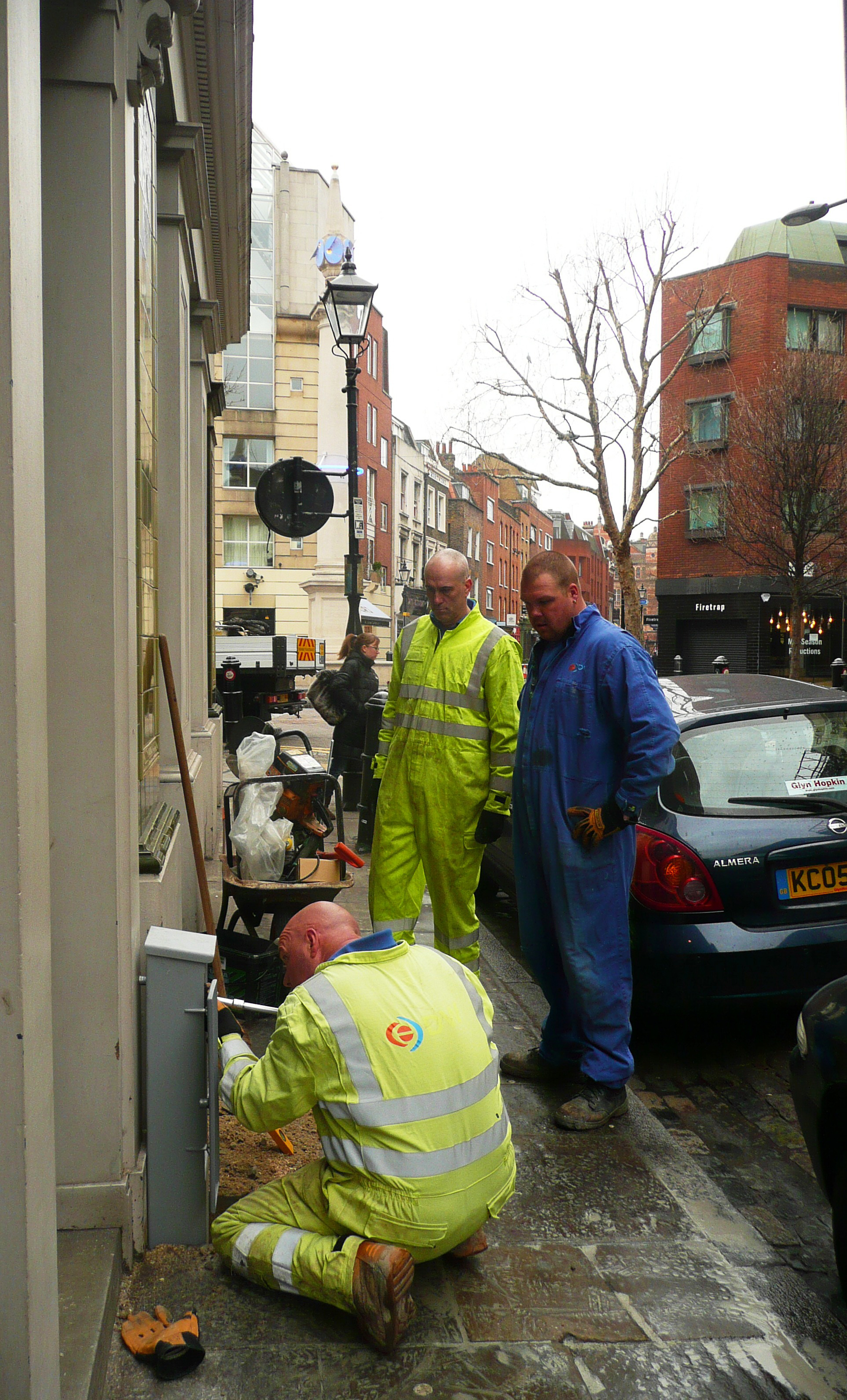 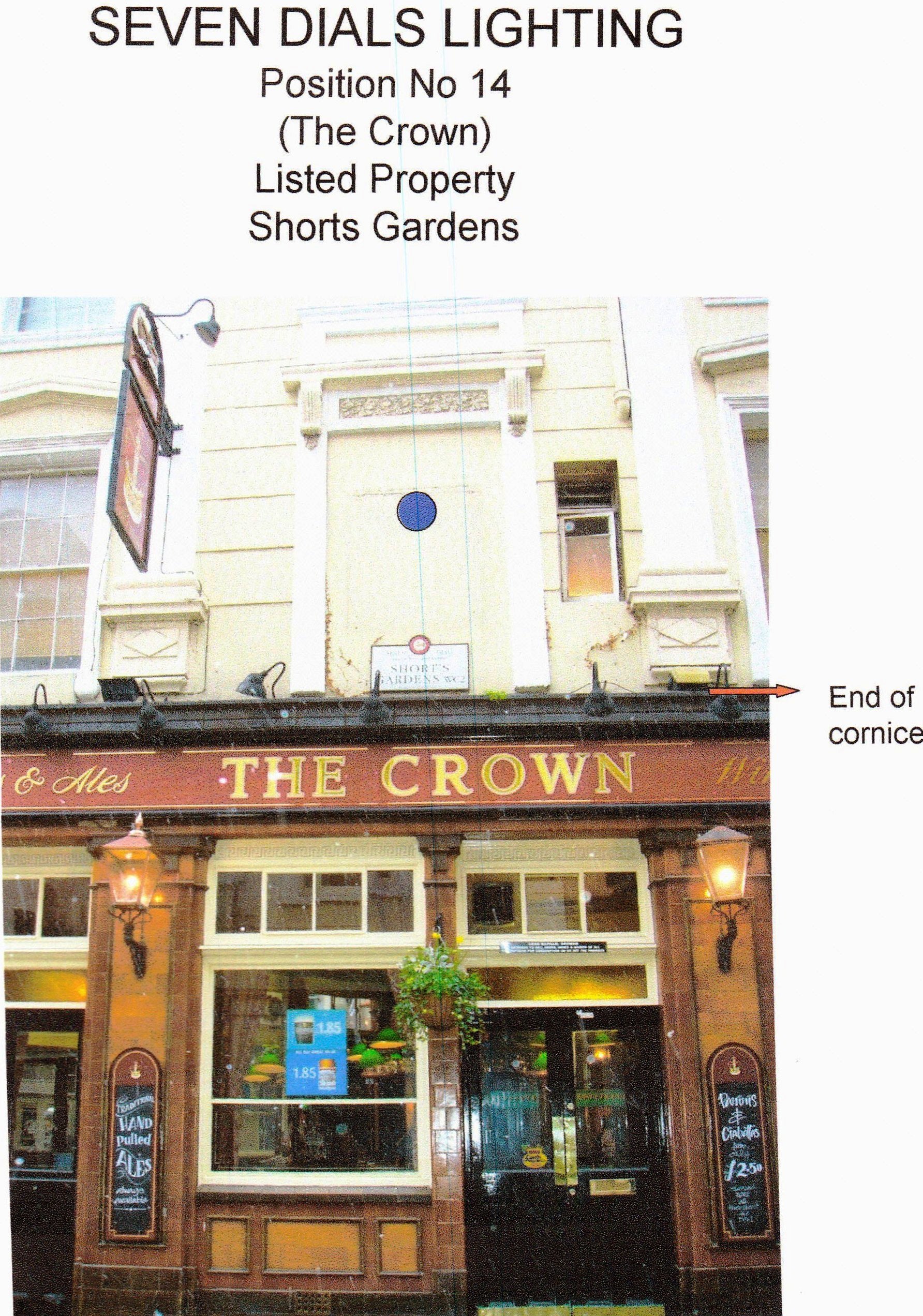 A page from the 80-page Master Layout document. 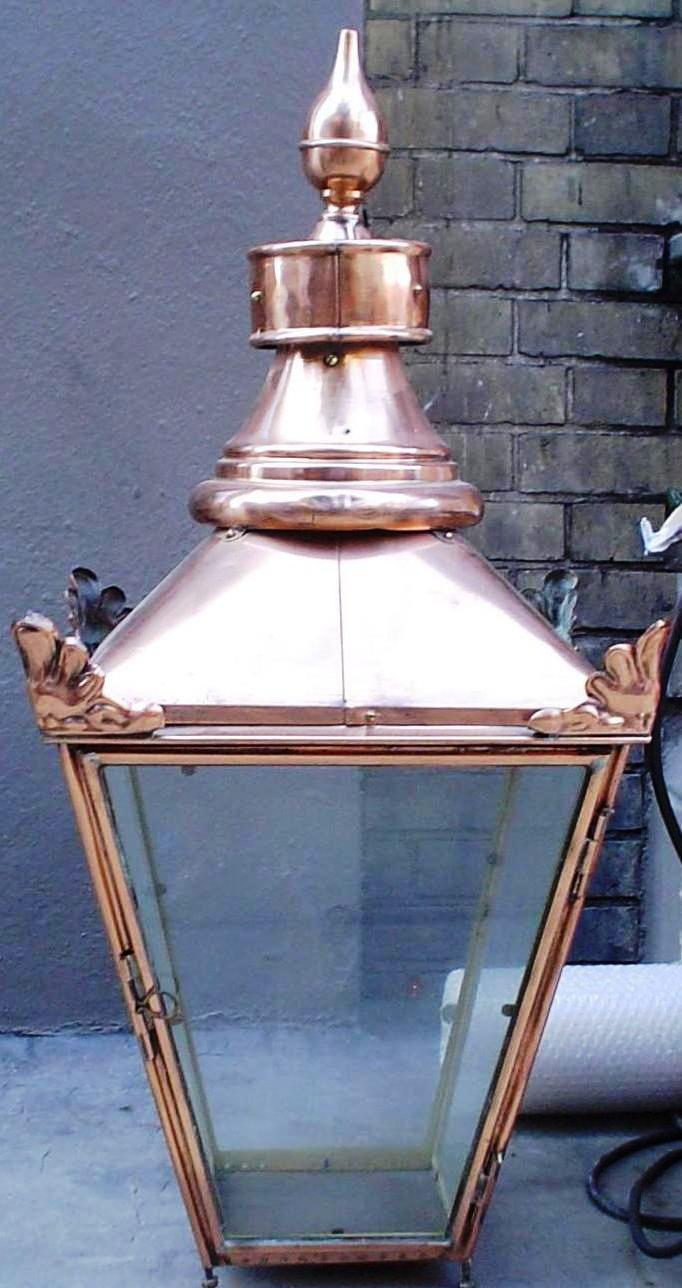 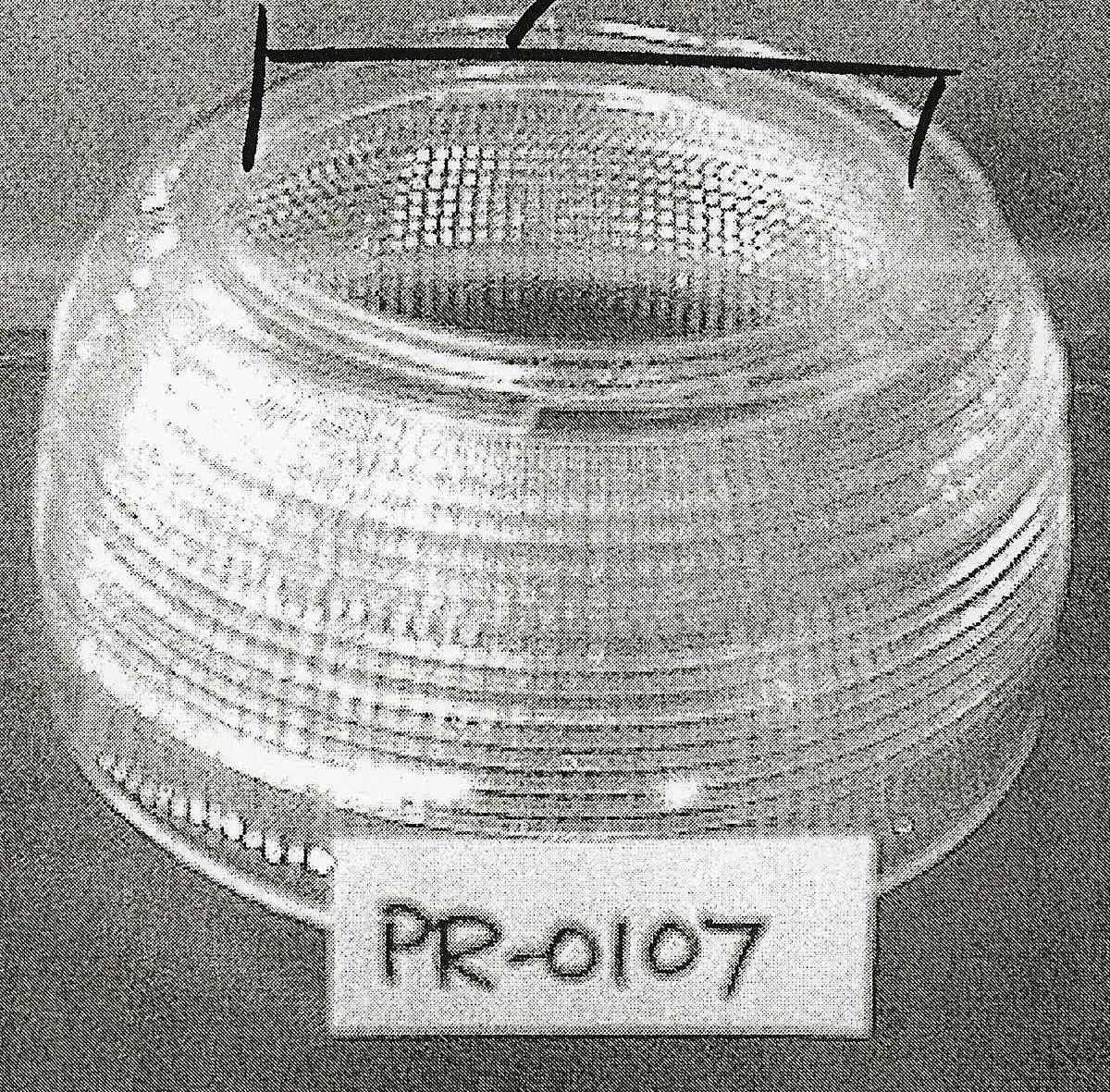 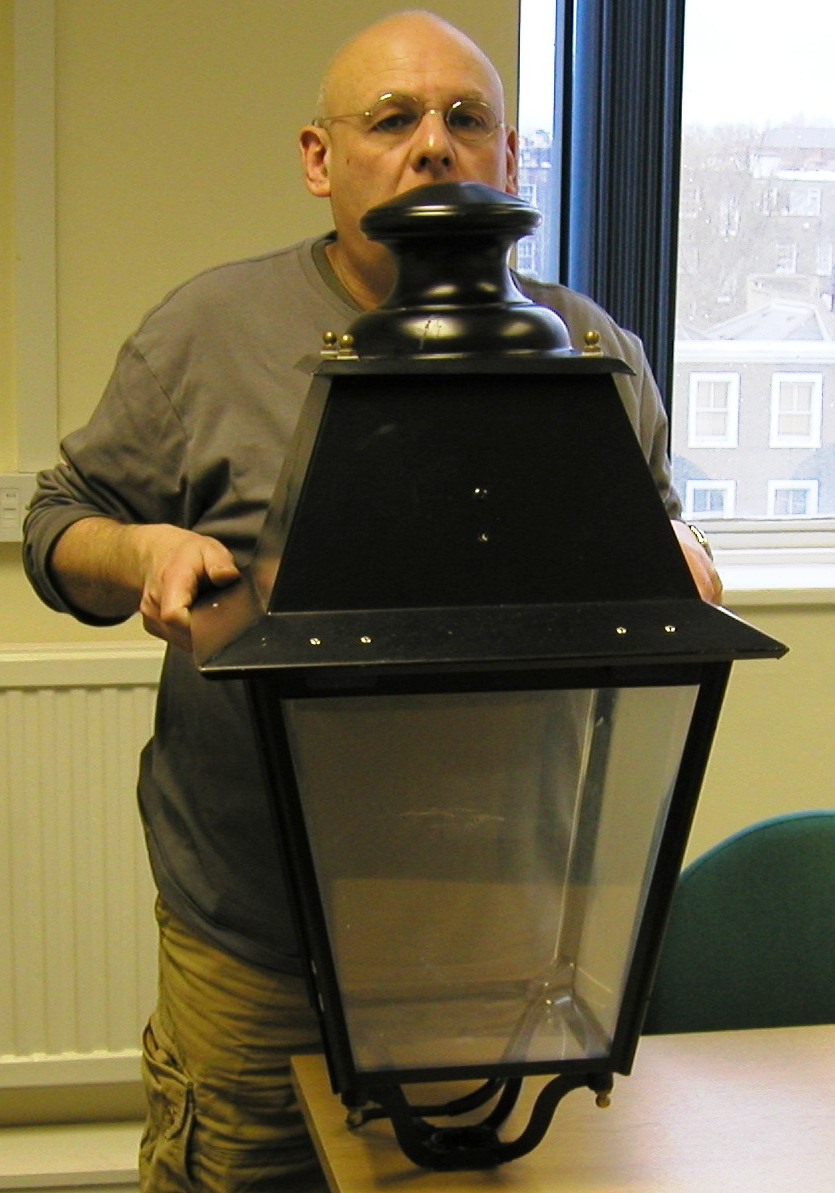 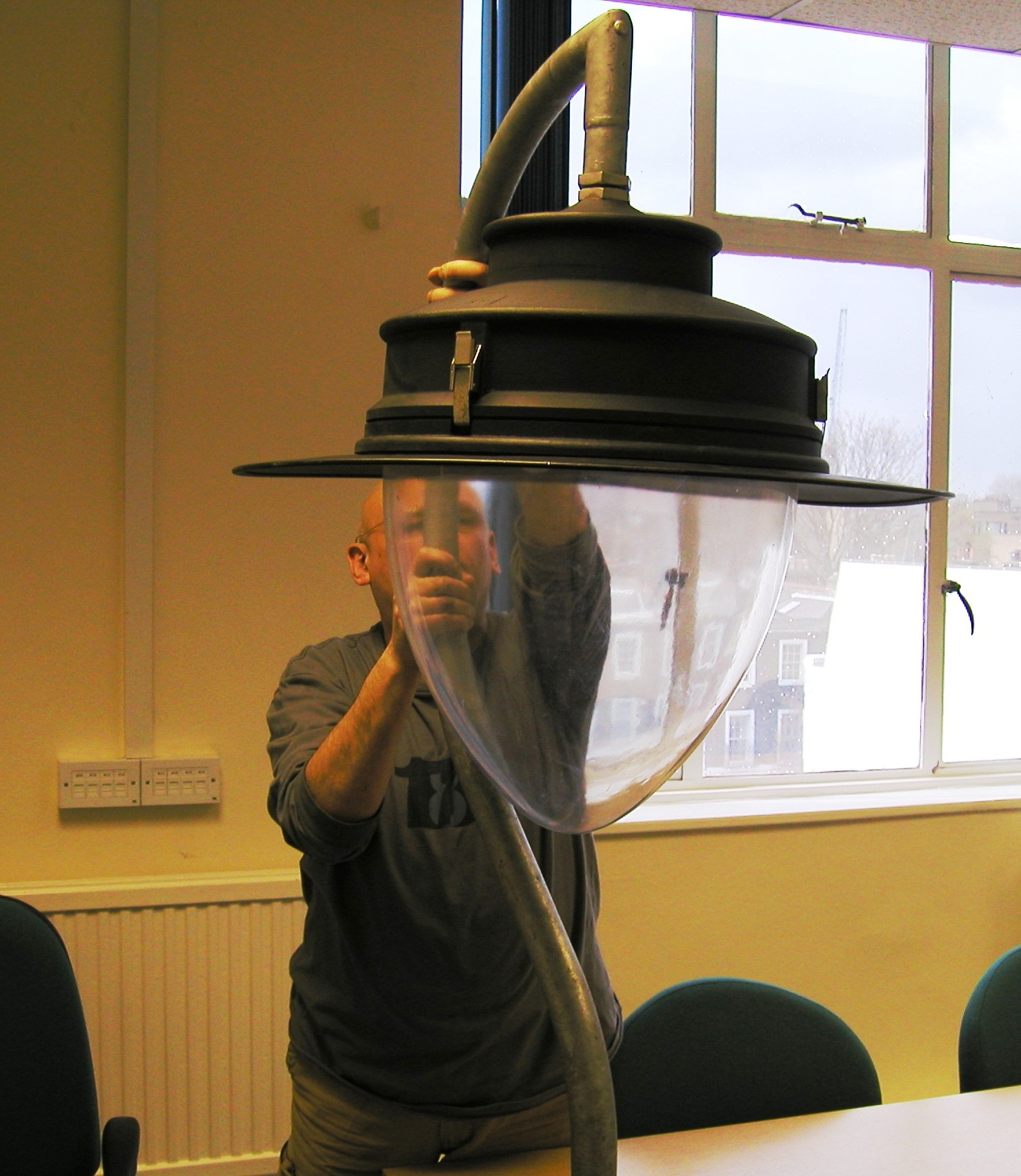 'Off the peg' heritage lantern samples. 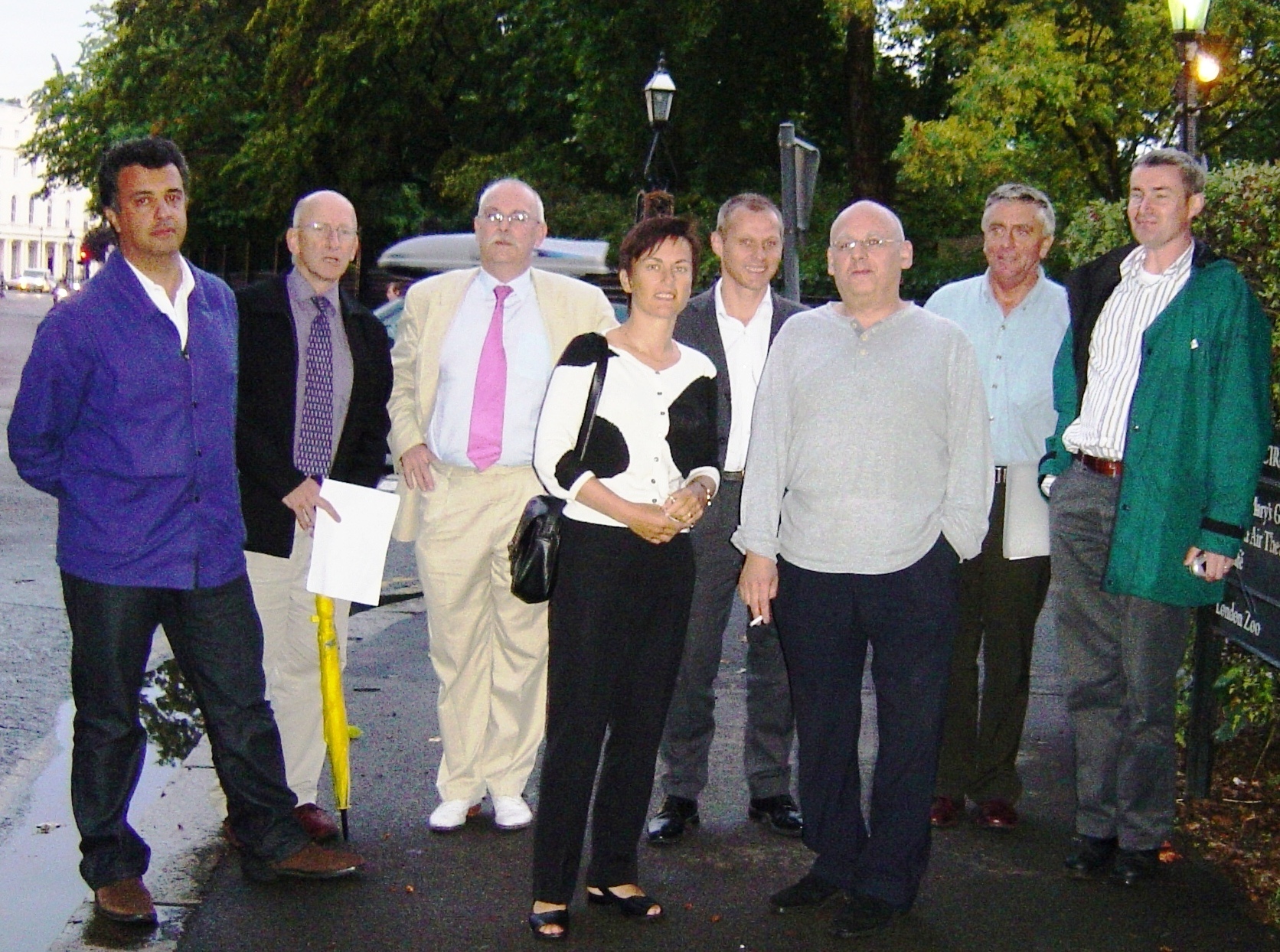 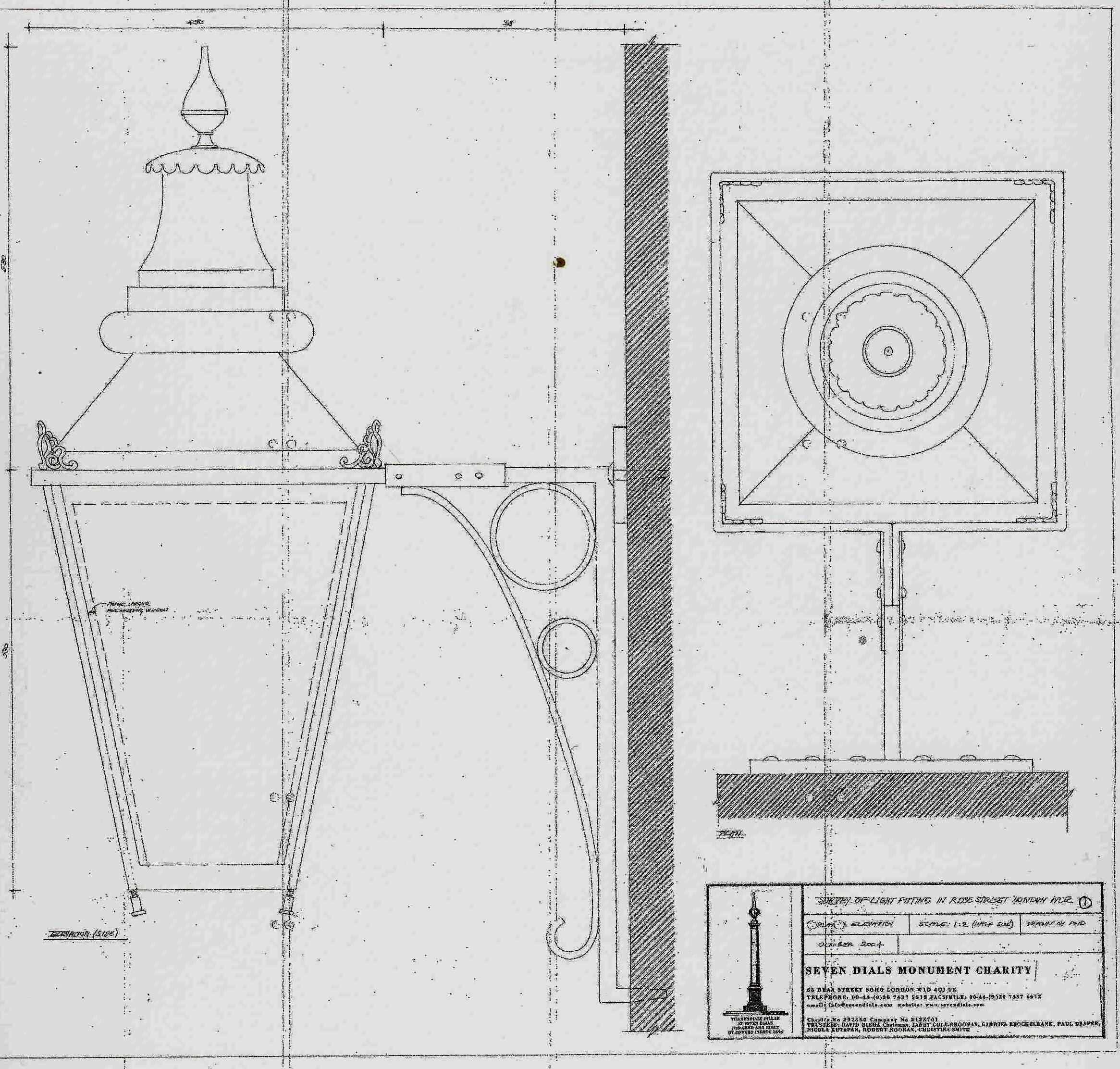 Paul Draper's survey drawing of the 19th century lantern on the Lamb and Flag, Rose Street. 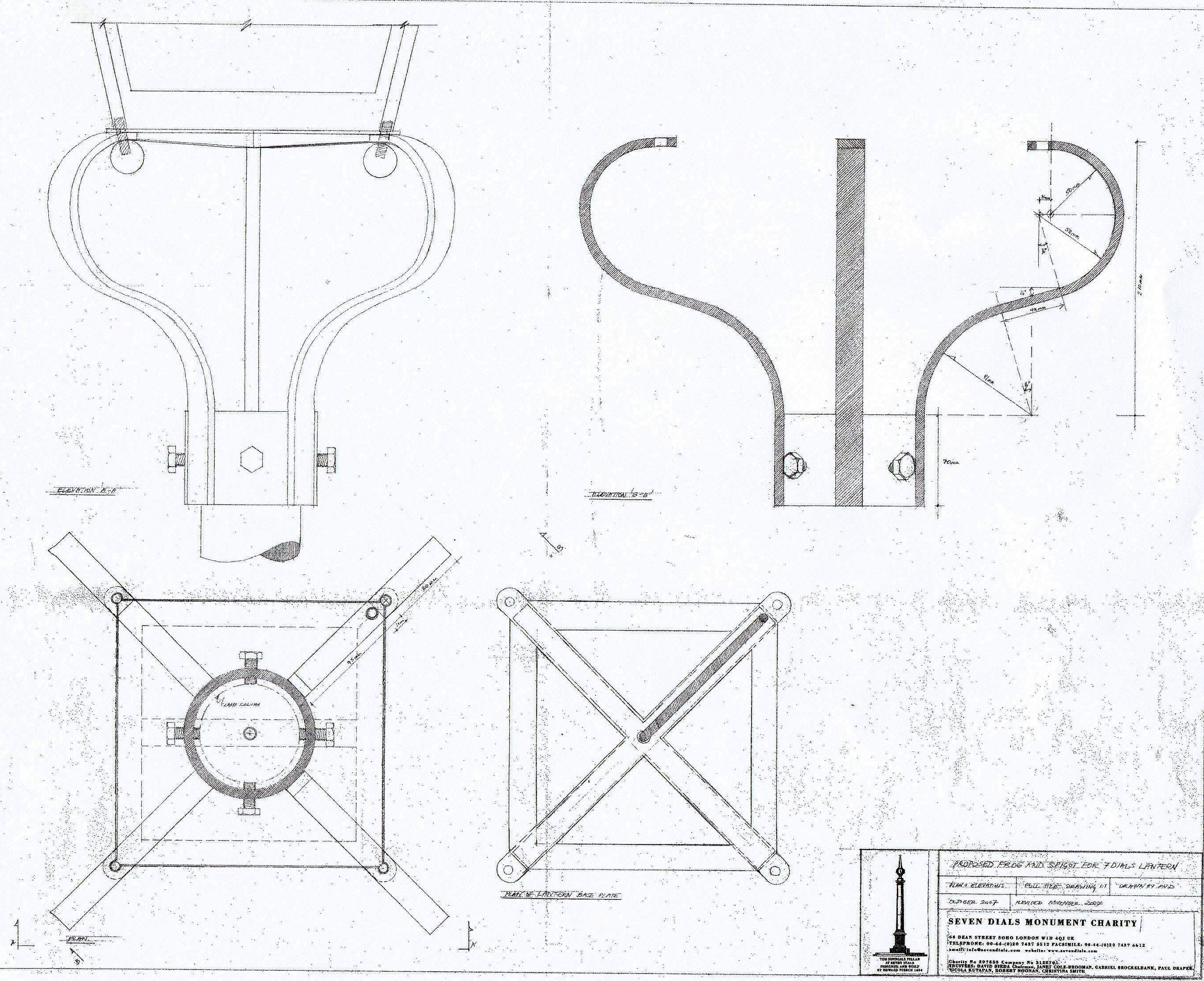 Paul Draper's drawing of the 'frog' for the column version lantern. 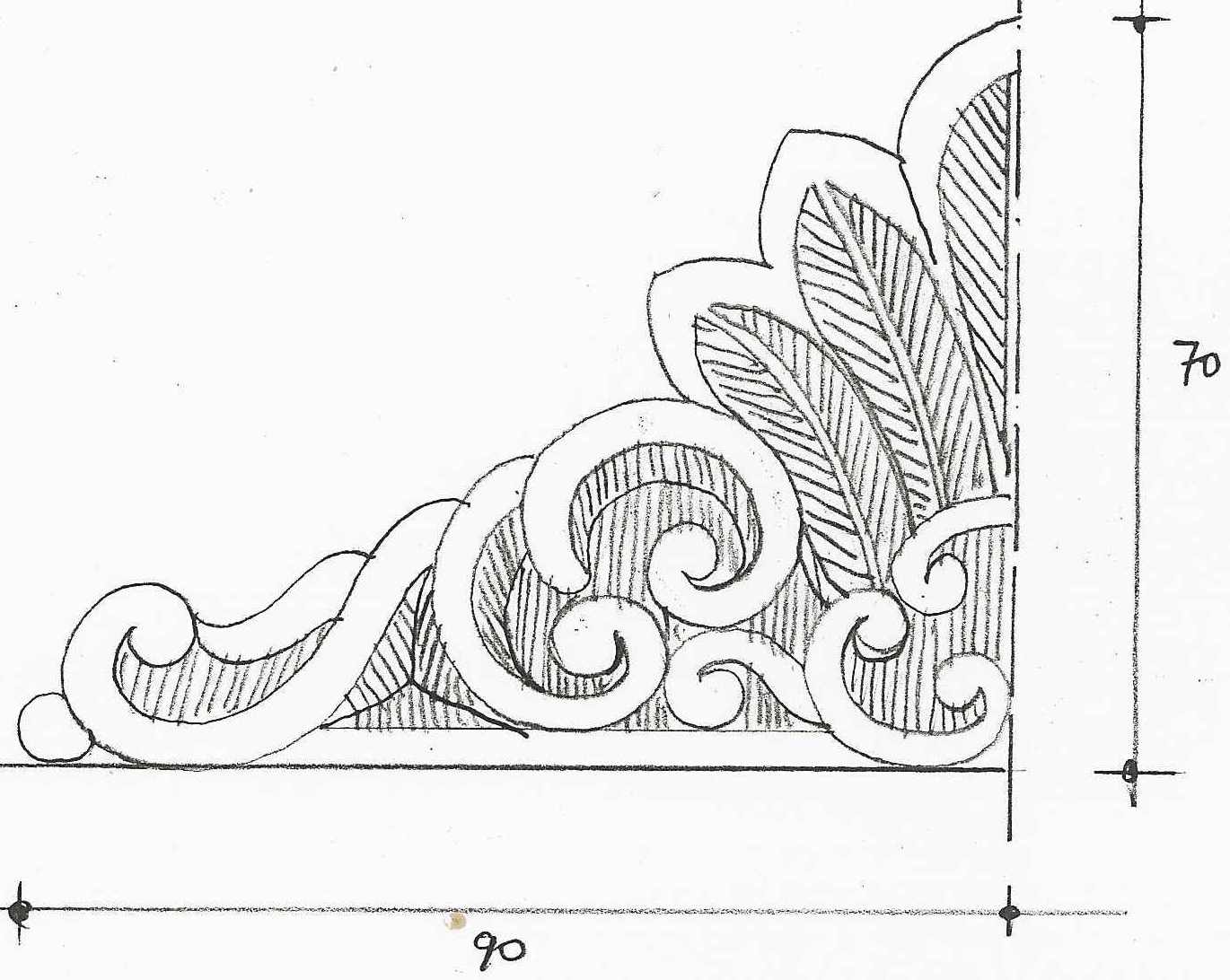 Paul Draper's drawing of the acrotaria. 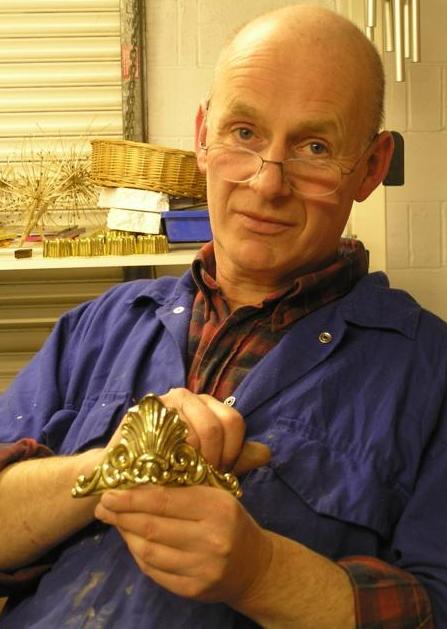 Acrotaria at the Barrett and Jervis foundry, Staplehurst. 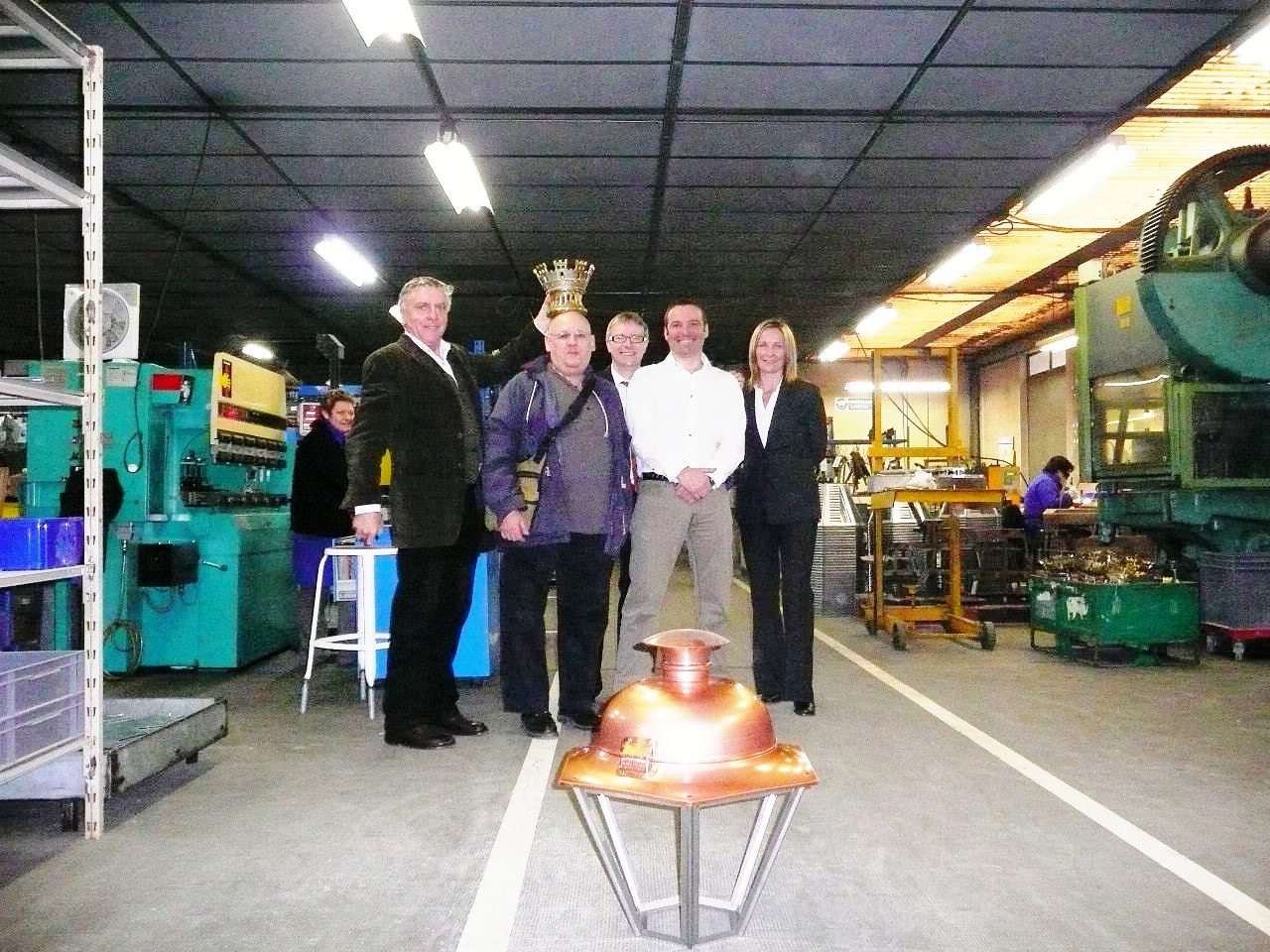 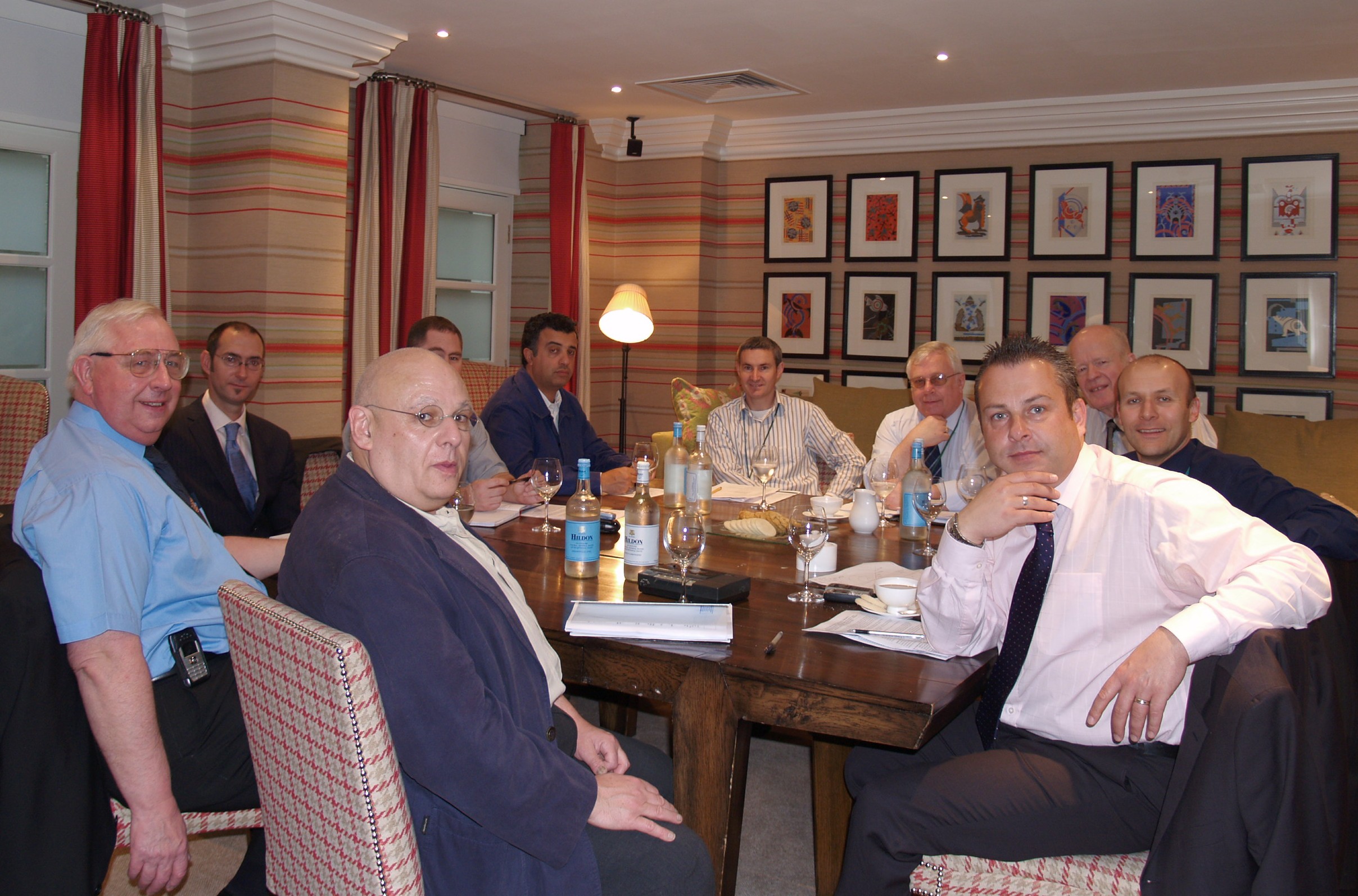 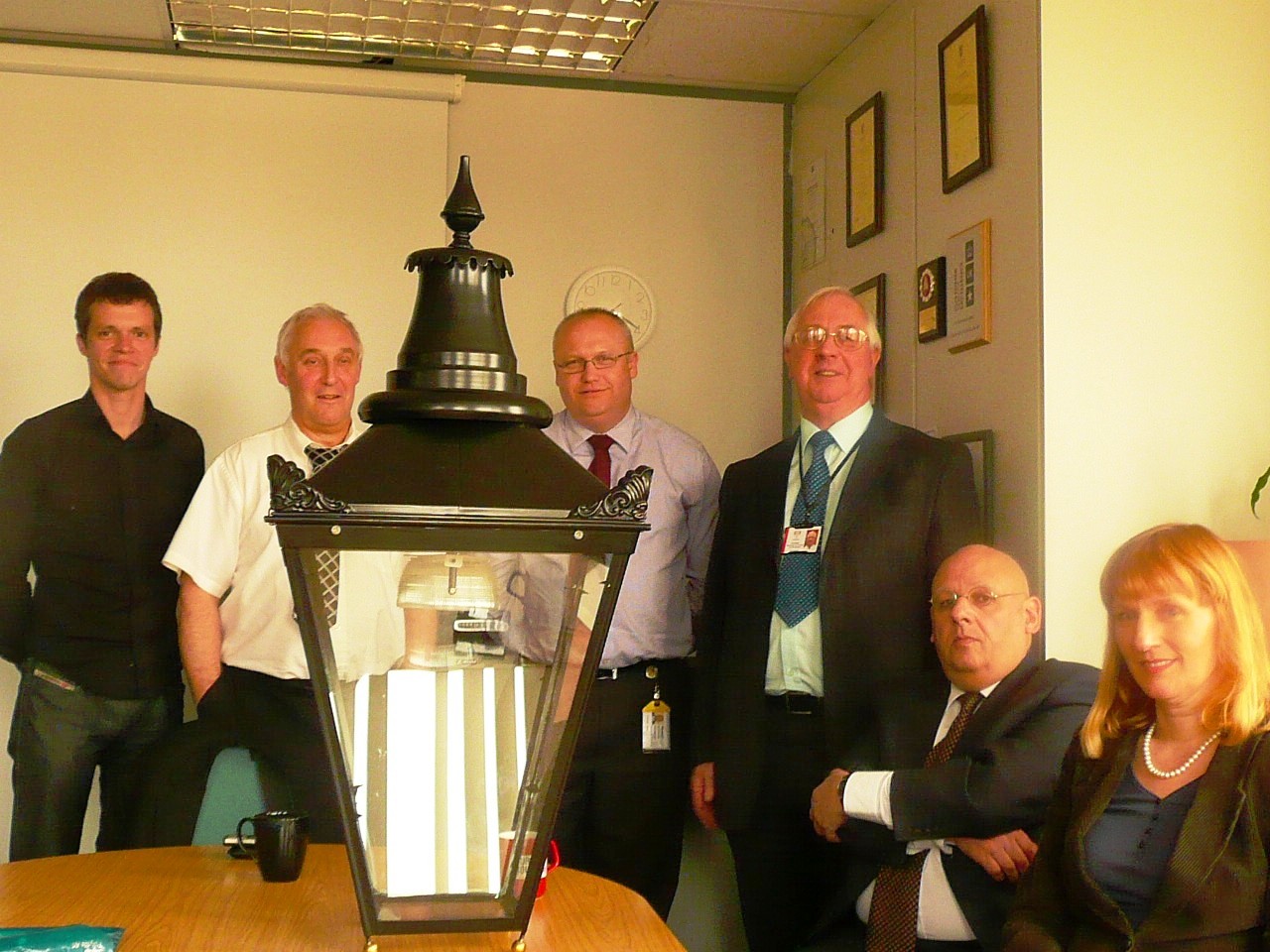 Version three lantern prototype being assessed by Camden, Westminster, Corporation of London (advisory) and the Trust. 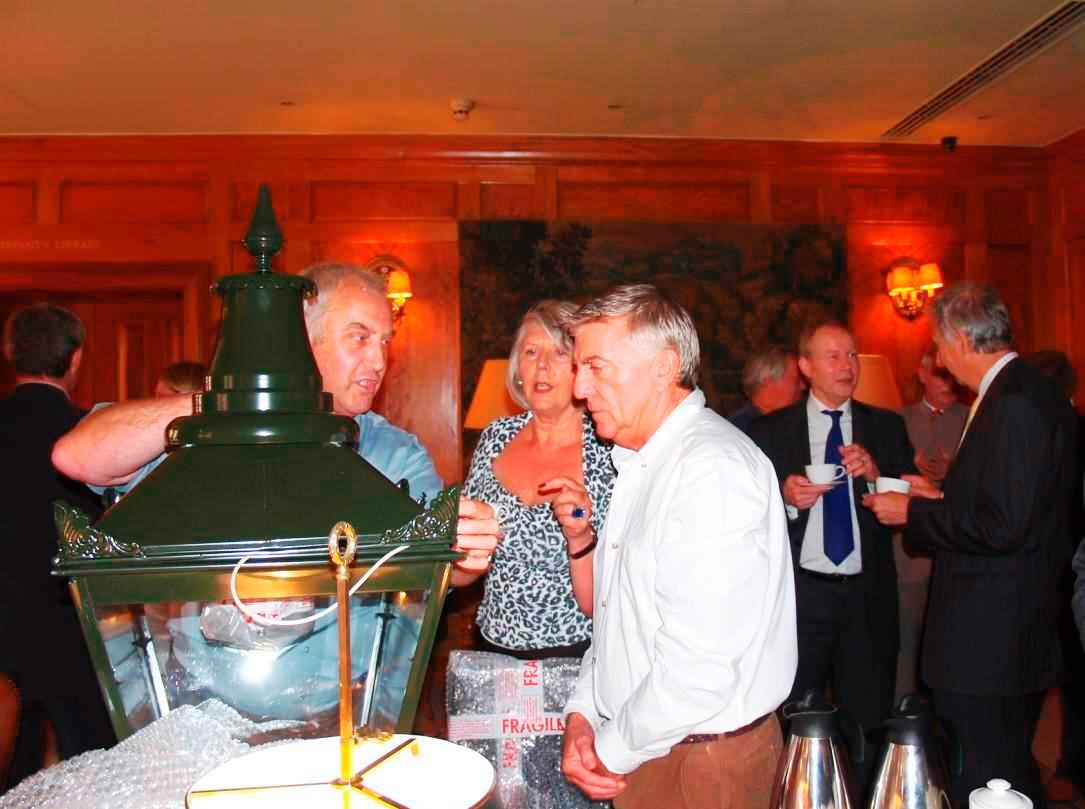 Version three lantern on display at the PRIAN Award Reception, with the Leader of Camden Council. Kindly sponsored by Firmdale Hotels. 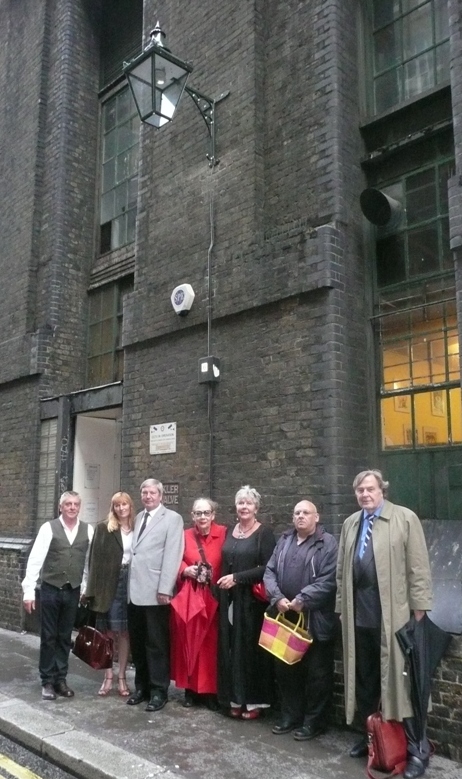 Trustees beneath the successful version two lantern, installed and tested, 2009. 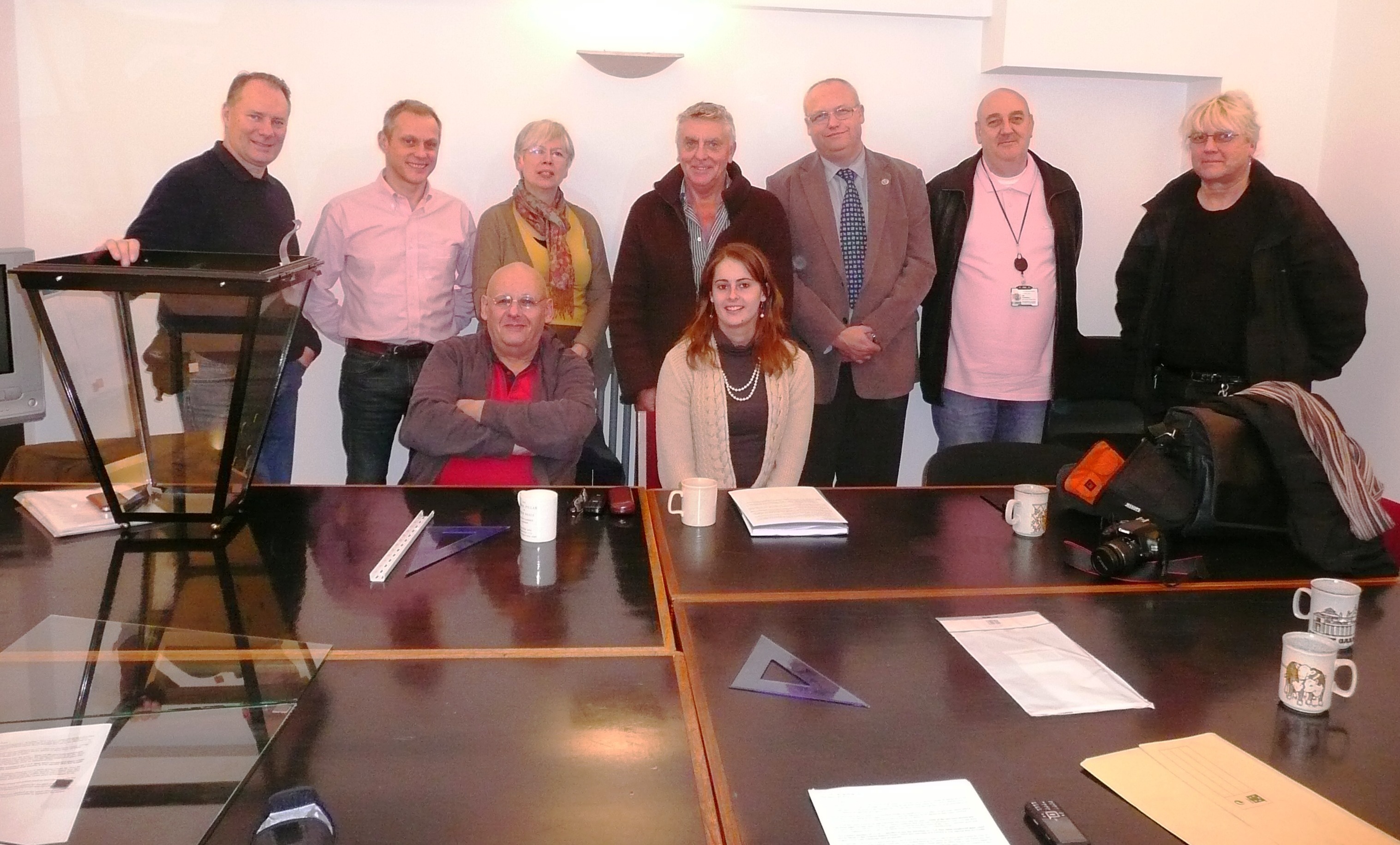 History of Public Lighting: Those with a particular interest can read about the history of public lighting in Westminster.

Read 11885 times
Published in All Projects
Tagged under
More in this category: « 2014: Street Name Plates Influences on the West End’s Public Realm »
back to top