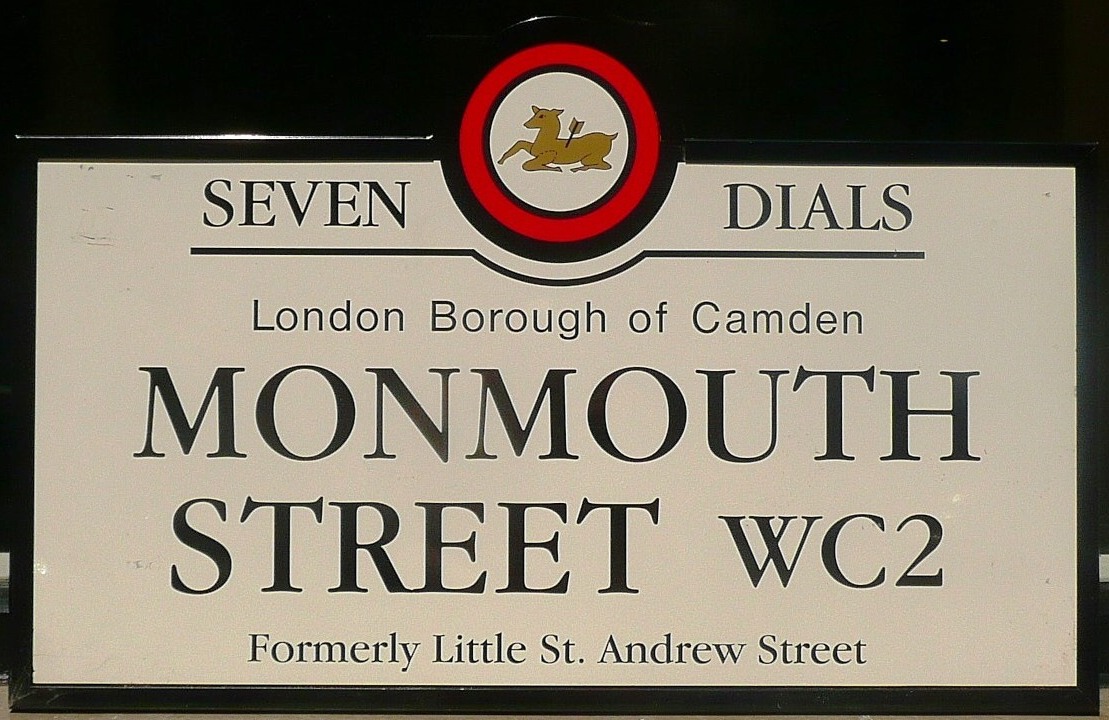 The Trust's street name plates, installed in the summer of 2014, incorporate the Golden Hind symbol of the ancient parish of St Giles-in-the-Fields and feature the historic names of Seven Dials' streets. The project involved a great deal of attention to detail, walkabouts and a long ladder to measure each position before the signs could be ordered. They were manufactured by A.J. Wells in the Isle of Wight - manufacturers of London Underground's signage. The quality is exceptional and they make a handsome addition to the area.

We believe that this is the first time a London council has agreed area street name plates, demonstrating Camden's involvement in our efforts to harmonise street furniture and illuminate the history of our area.

The project cost £17,000 and was funded by the St Giles Deed of Variation Section 106 Community Facilities Fund and Shaftesbury PLC.

Changing names in and around Seven Dials

Read 9690 times
Published in All Projects
Tagged under
More in this category: « 2012: Plunge Event 2015: Re-Lighting Seven Dials – A Cross Border Partnership »
back to top