Without any accompanying signage, fluorescent blue rings have appeared on three of London's most prominent columns - in the City, in Covent Garden and just off the Mall. They could be mistaken for those ultraviolet fly zappers popular in kebab shops. But this clever installation marks sea level some thousand years hence. The science is not available to make accurate forecasts on this time frame, so Pinsky's premise that the sea will rise 28 metres is an imaginative one. But imagining a world where St Paul's Cathedral, the Donmar Warehouse and the Athenaeum are all underwater powerfully makes the climate change point.  — Giles Fraser, The Guardian.

In 2012, the Sundial Pillar at Seven Dials joined two of London's other tall landmarks in a project devised by the artist Michael Pinsky and organised by Arts Admin and LIFT. This project demonstrated the likely sea level in 1,000 years time, if global warming continues on its current trajectory and the implications for London. A ring of light was installed on the Sundial Pillar, on the Monument and on the Duke of York's column - each at the height of predicted sea level. For the Sundial Pillar the ring was set at 4.8 metres - drowning everything at ground and first floor levels. 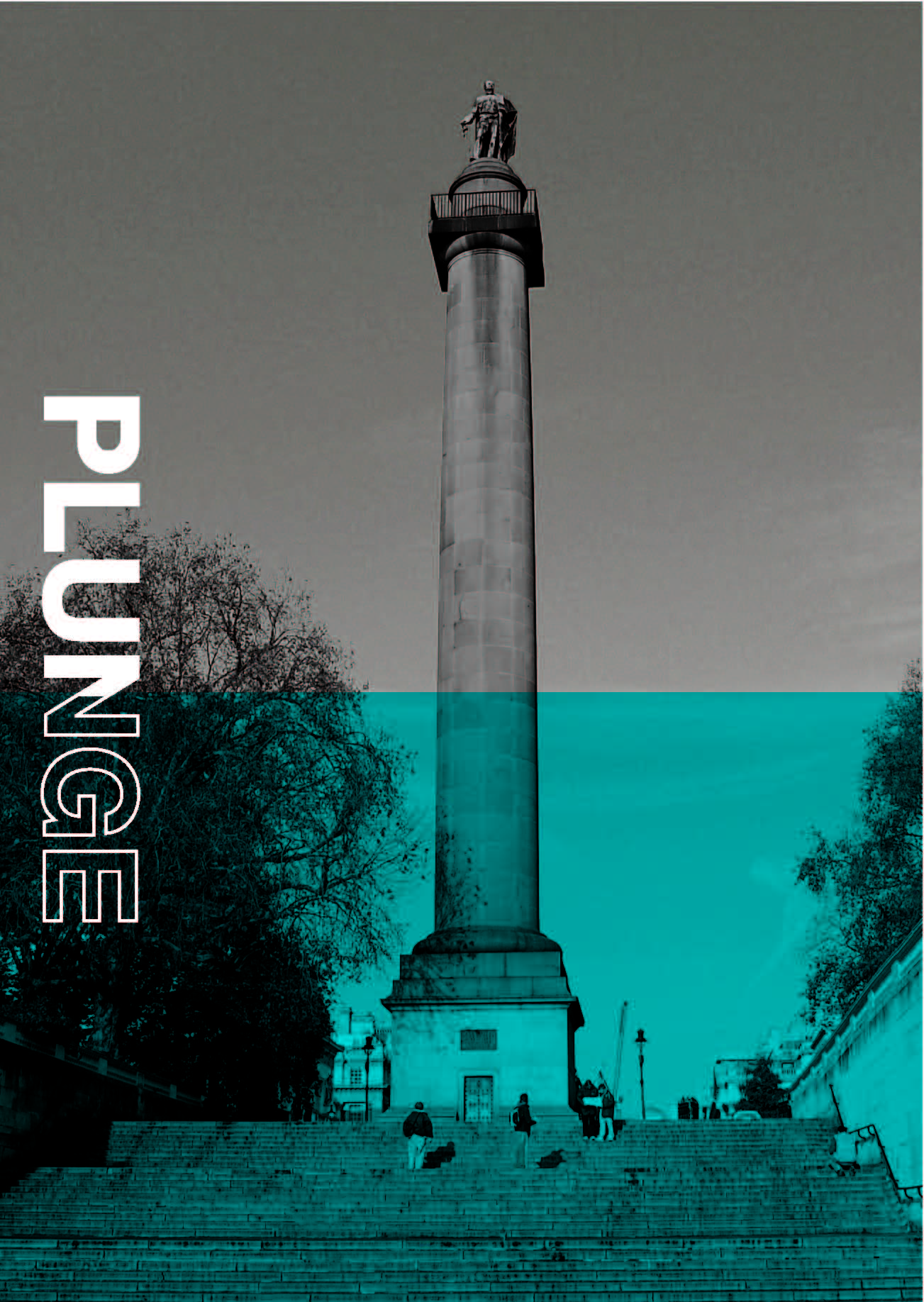 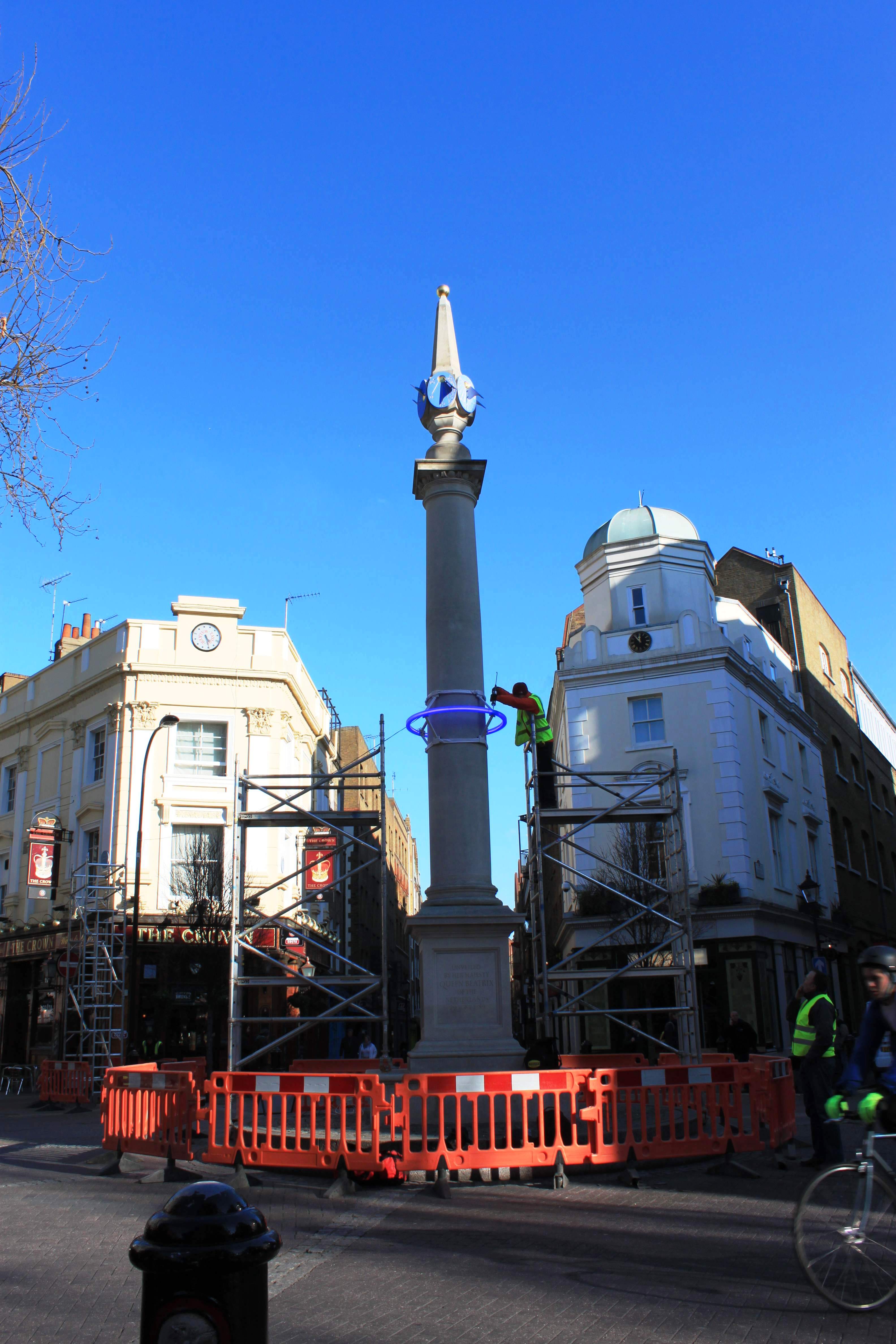 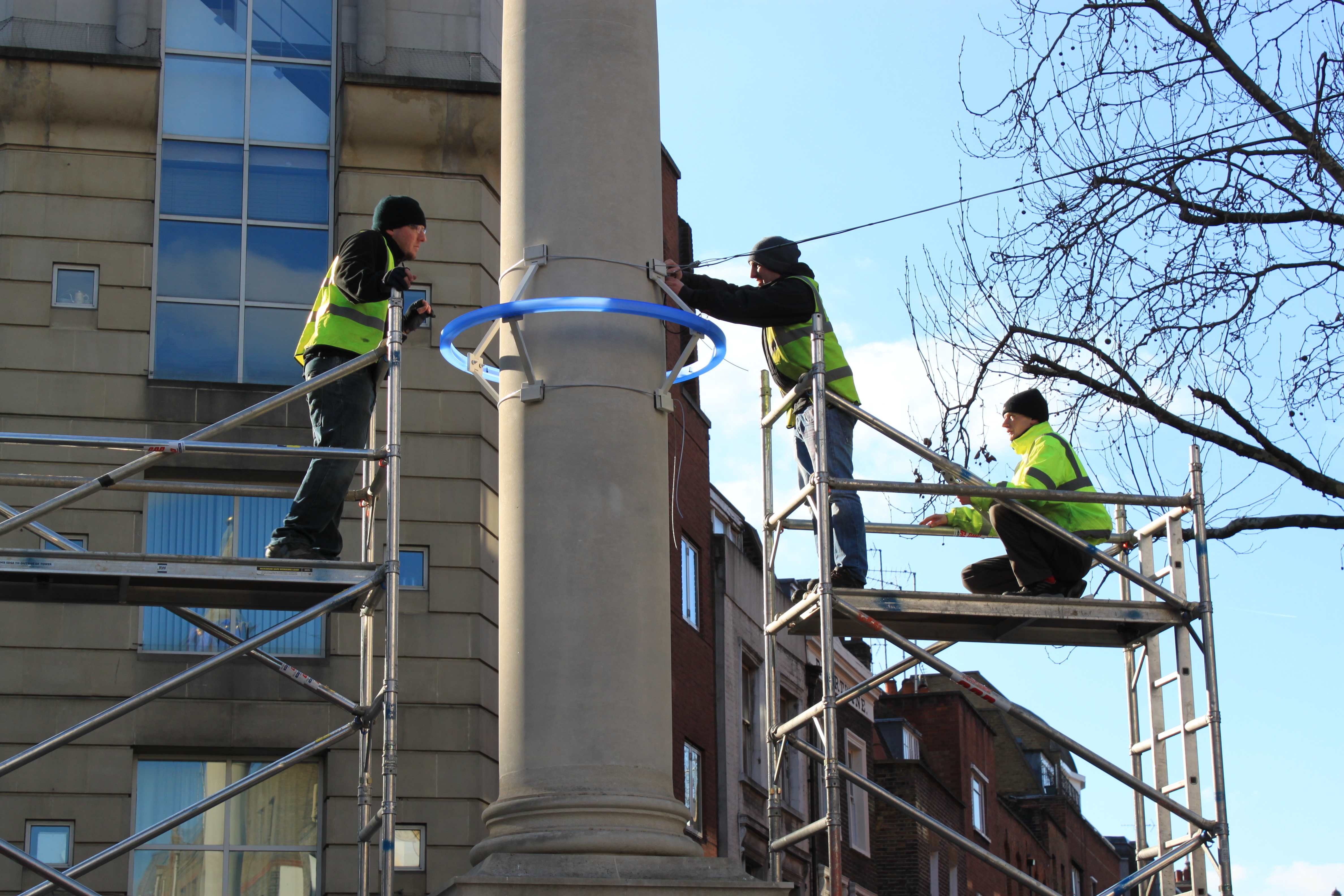 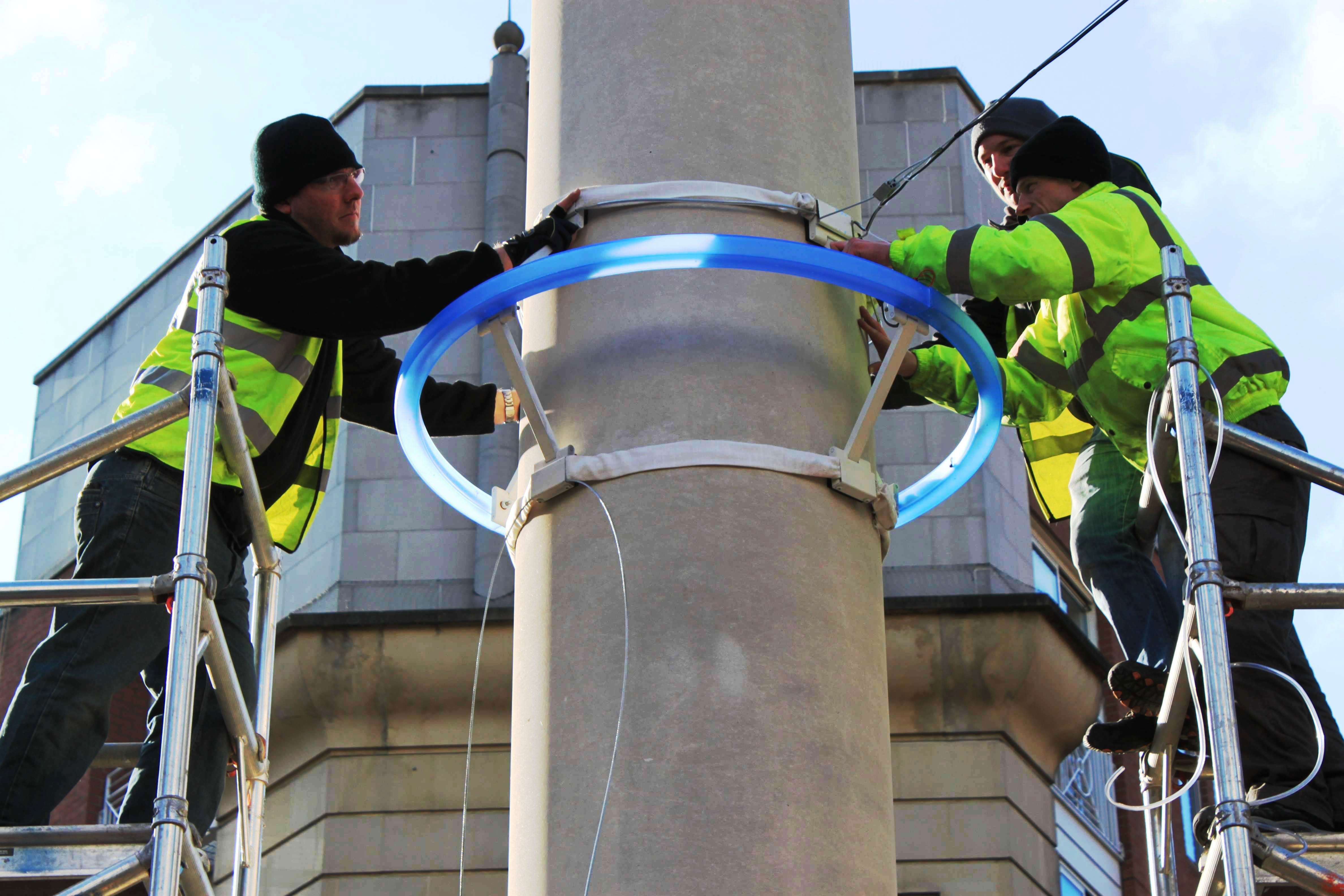 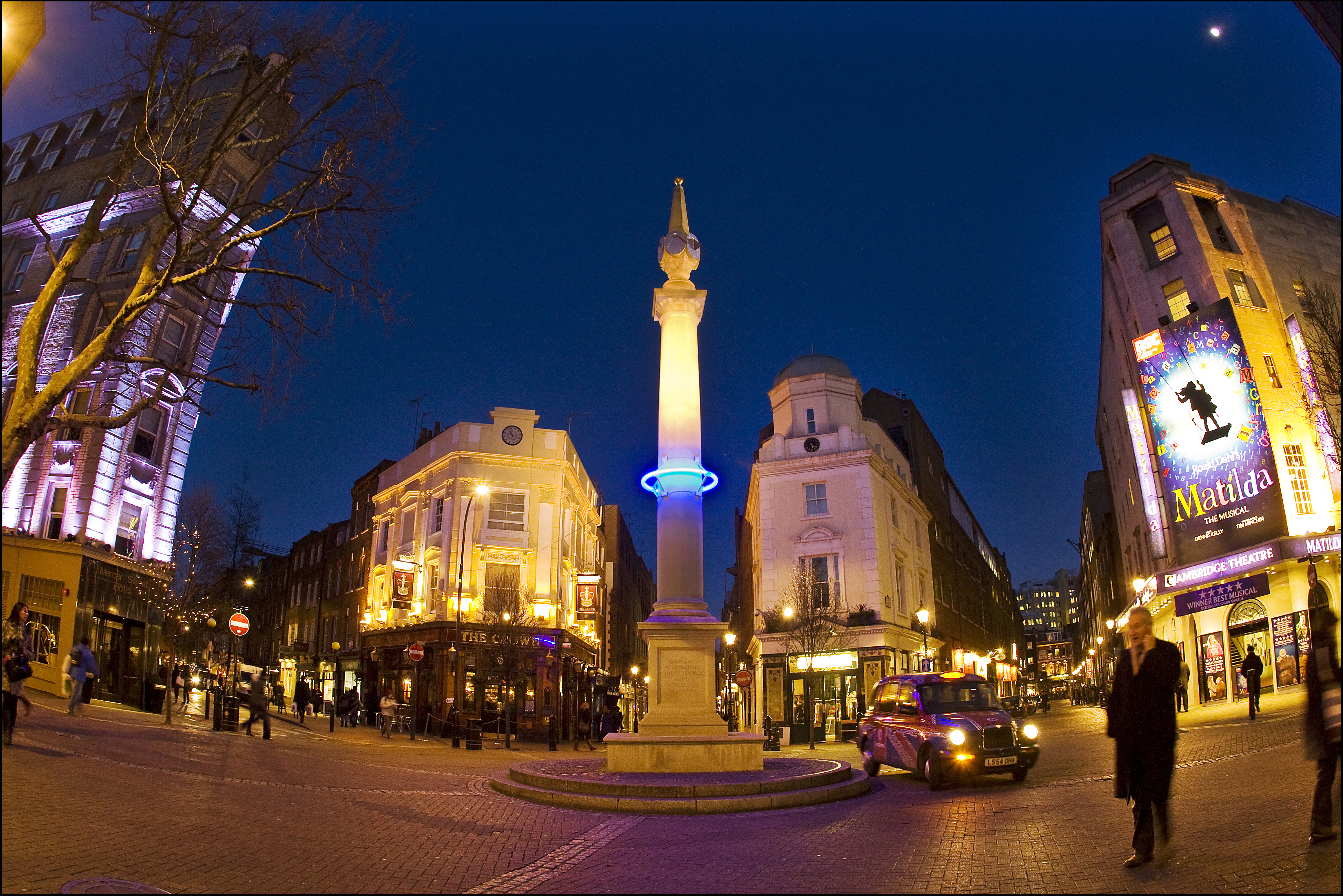 The installed fluorescent ring at night showing the likely sea level in 1,000 years time, if global warming continues on its current trajectory and the implications for London. At 4.8 metres in Seven Dials, everything at ground and first floor levels would be under water.

Read 6499 times
Published in All Projects
Tagged under
More in this category: « 2011: A History Lesson for London 2014: Street Name Plates »
back to top