The Trust took the opportunity of the Sundial Pillar being scaffolded for restoration and cleaning in 2011 to create four 30’ high history banners. They featured: Thomas Neale MP – The Great Projector and creator of Seven Dials; Edward Pierce – the greatest mason and sculptor of the seventeenth century and creator of the Sundial Pillar; Neale’s lotteries and the 1694 Lottery Box and Why Build Seven Streets? – Rents in the seventeenth century were by frontage. Using the novel ‘star’ layout meant that Neale could fit in 311 houses, maximising his land value and making another fortune. 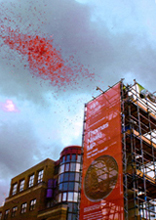 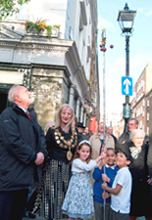 The banners were launched by superstars Wajid and Zaynah Uddin (6 and 8) and Felicity Rigby Kaner (7), children of trustees. Frank Dobson MP was the fairy with the magic wand, assisted by the Lord Mayor of Westminster Cllr. Louise Hyams.  This was followed by a reception in the newly re-opened community centre, the Seven Dials Club, attended by local residents and businesses. The project was generously sponsored by Legal & General Property who developed Central St. Giles just north of Monmouth Street.

‘A History Lesson for London’ was seen by many thousands of people over the nine months it took to restore and clean the Pillar. 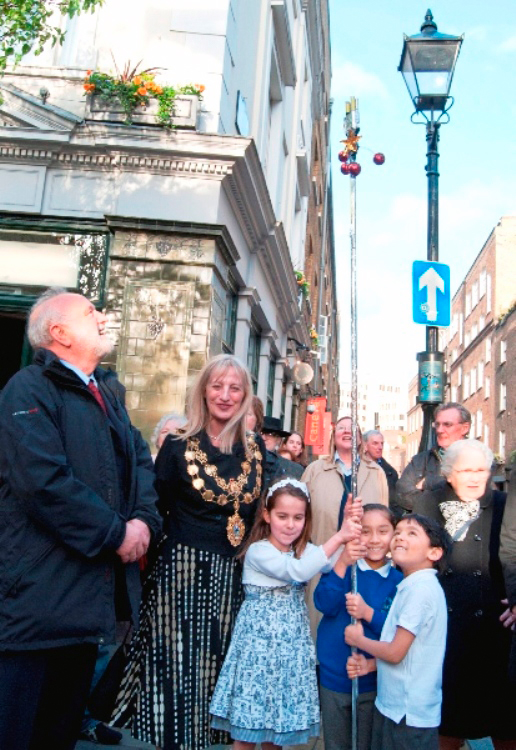 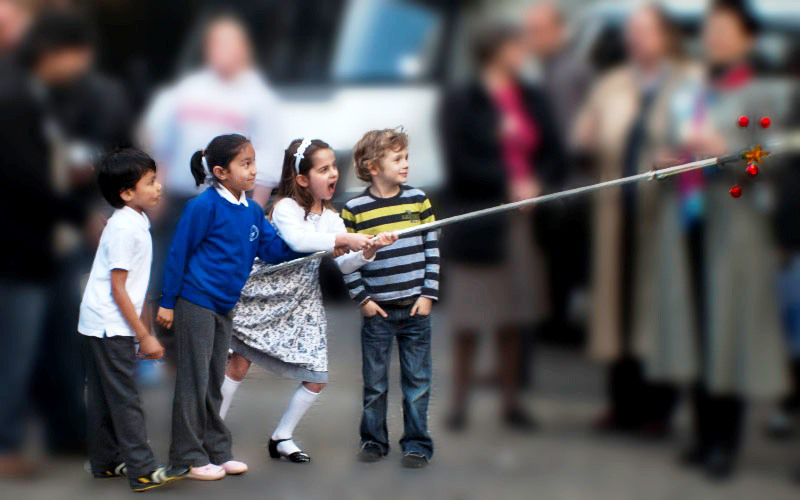 Superstars testing wand, which was lit with fireworks to begin event. 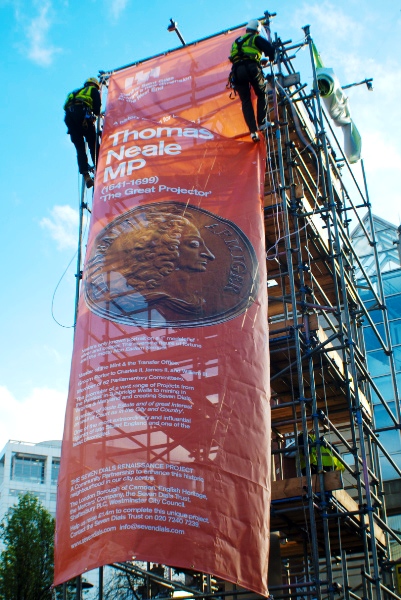 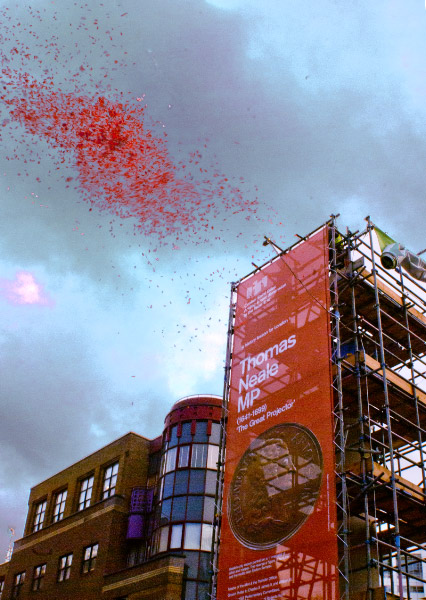 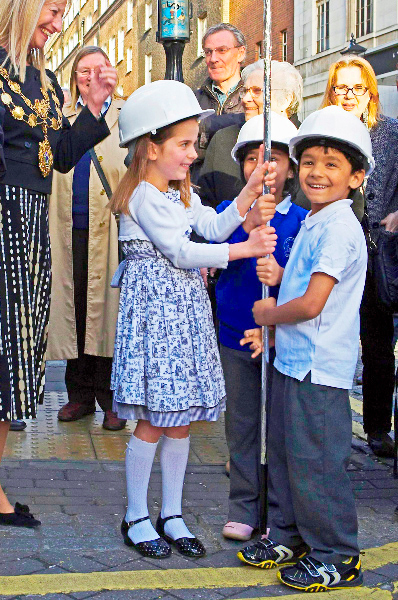 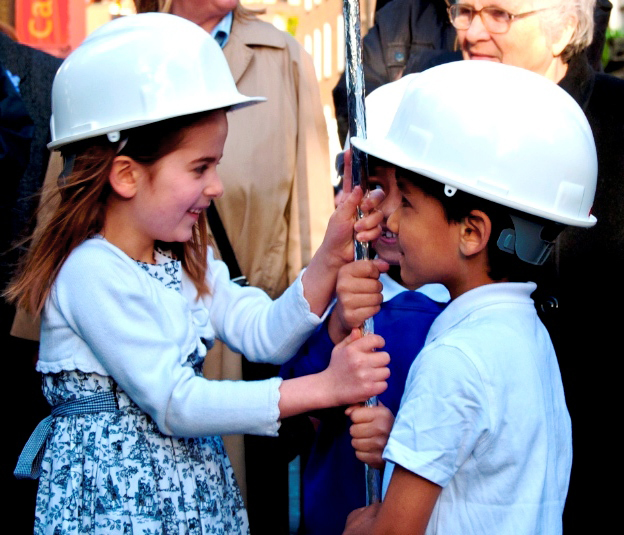 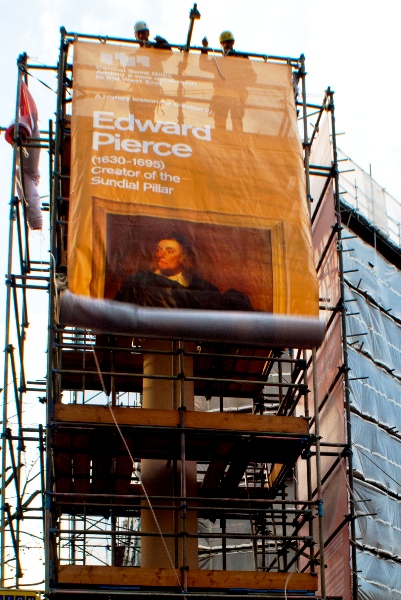 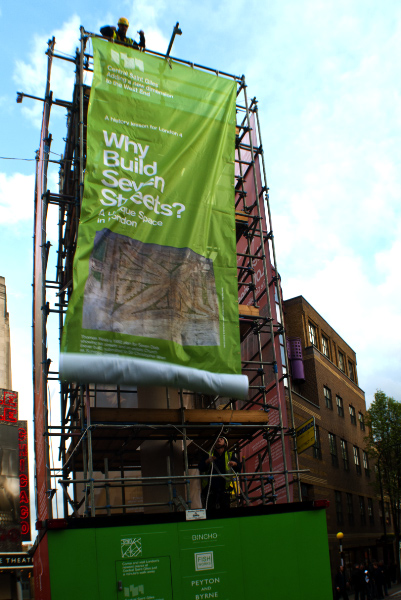 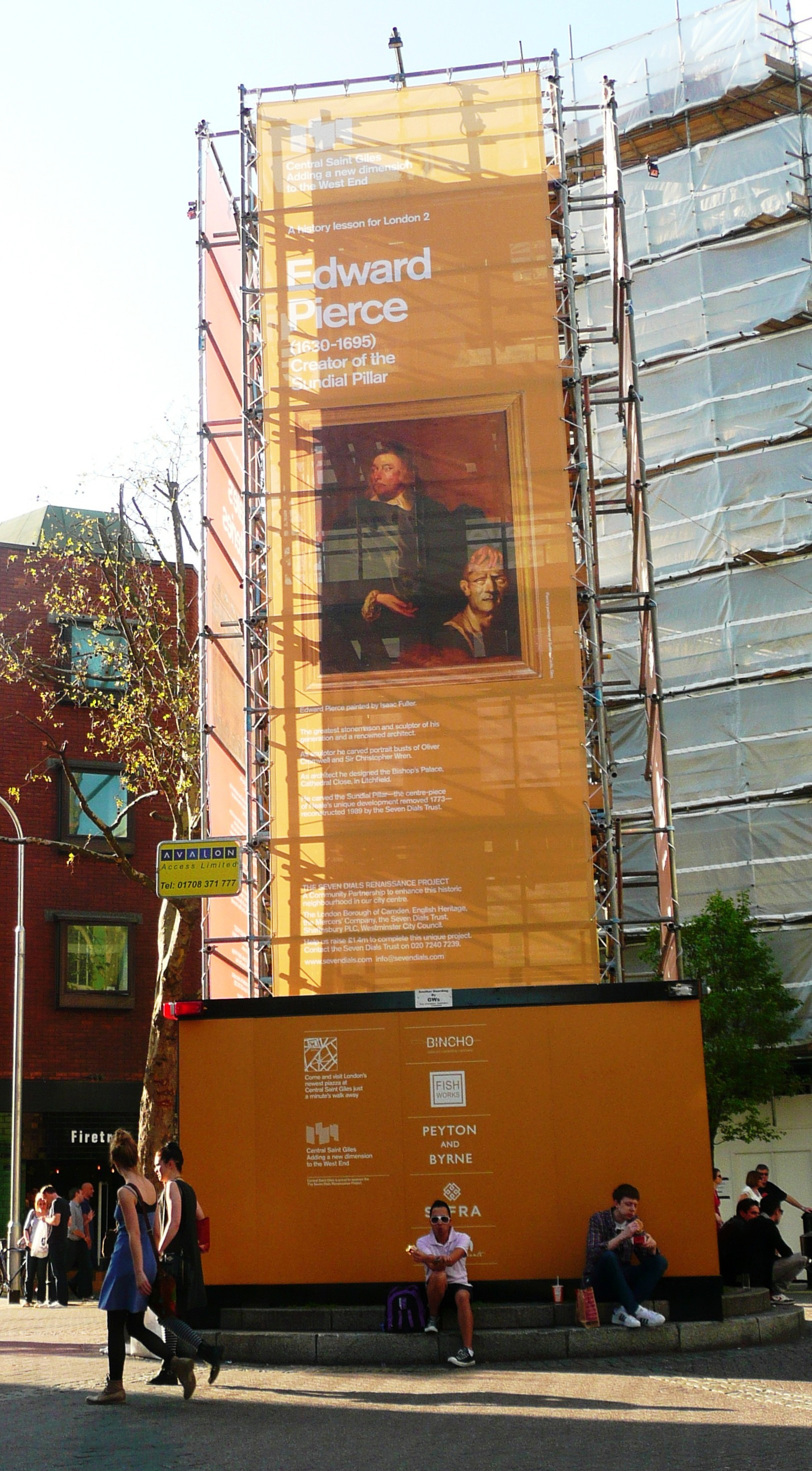 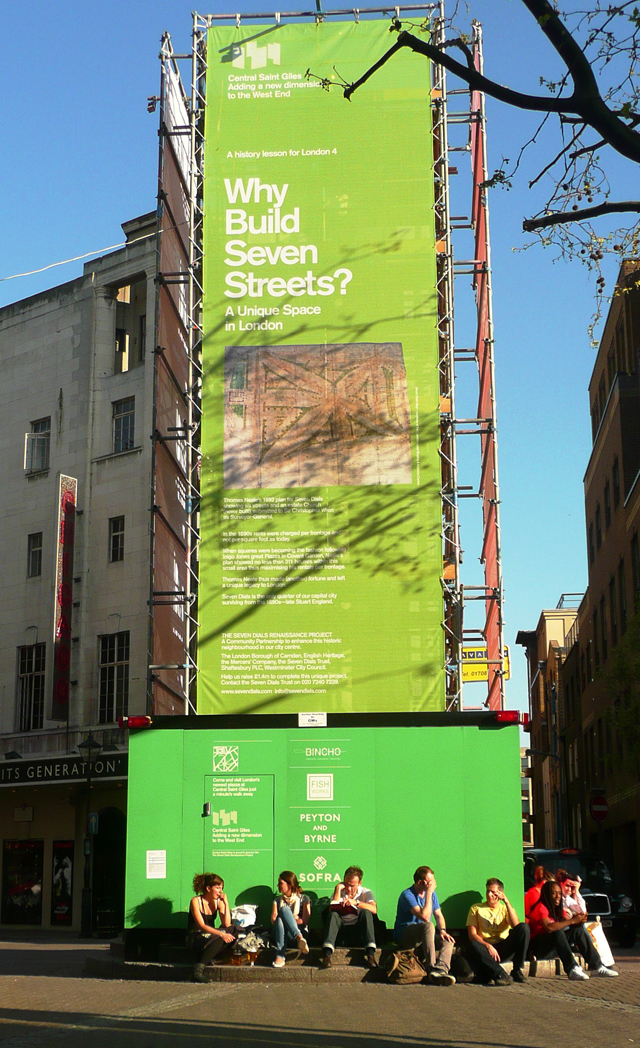 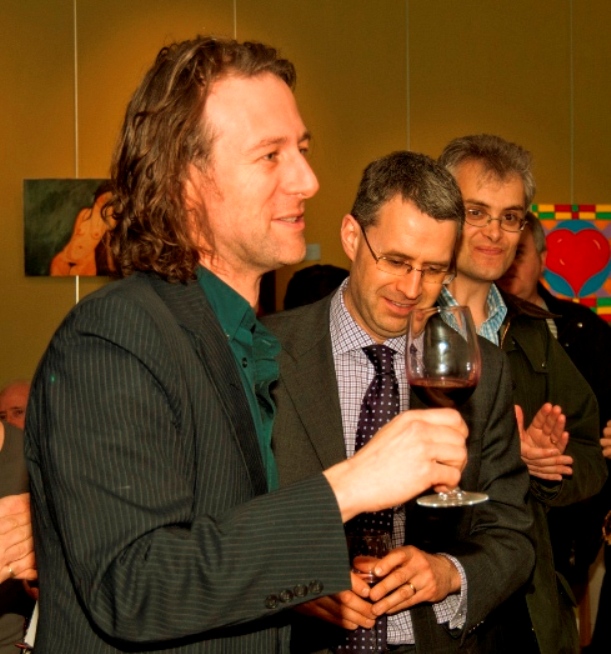 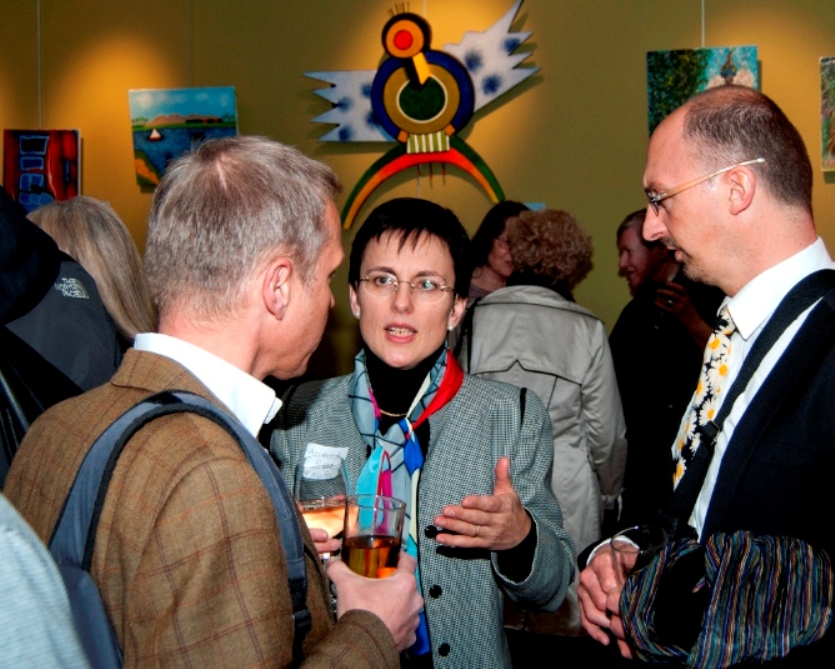 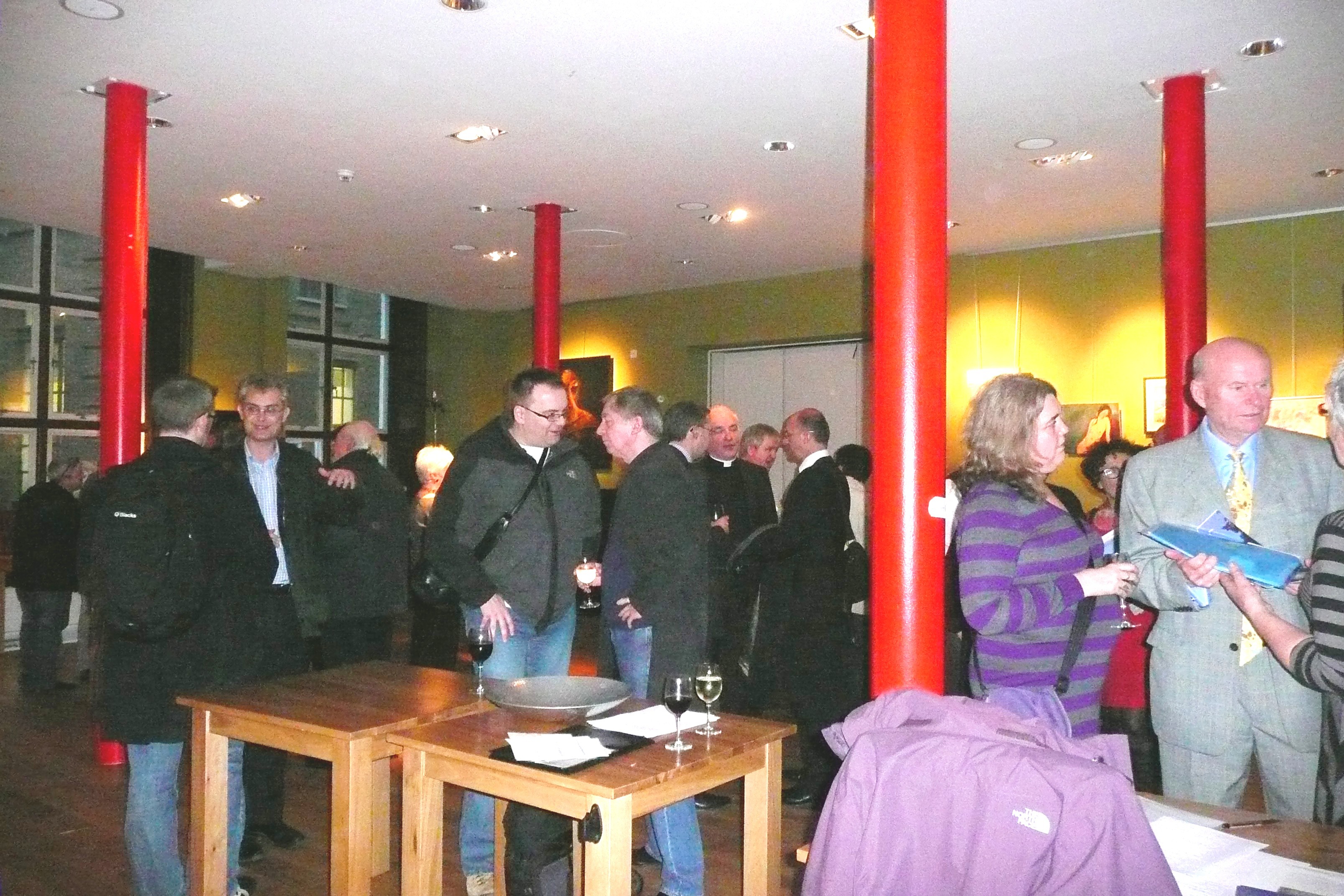 Banners reception in the Community Centre.

Read 8529 times
Published in All Projects
Tagged under
More in this category: « 2011: Cleaning & Restoring the Sundial Pillar 2012: Plunge Event »
back to top