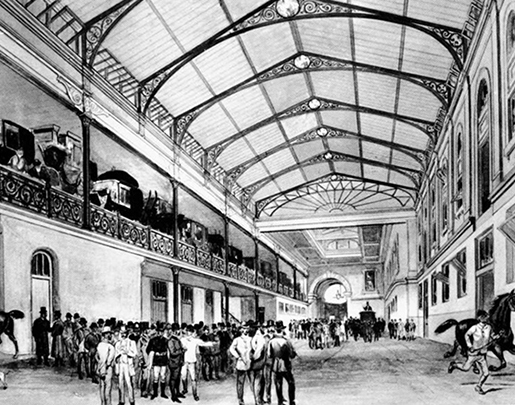 Aldridge's Horse Bazaar or Repository for Horses and Carriages, as the premises were also called, was a famous horse mart. During the mid C19 there were accusations of insider dealing. The proprietor advertised auctions with the caveat that “under no circumstances is the practice of misrepresenting the ownership of horses ever resorted to”. Several cases of horse stealing in Old Bailey records. Described in 1895 as “specially famous for the sale of middleclass and tradesmen's horses”. The last horse sale was in 1926, by when there were many greyhound sales, and motor cars had been sold from 1907. The firm left in 1940 and the extensive buildings were demolished in the late 1950s. The site is now occupied by Orion House and Meridian House.