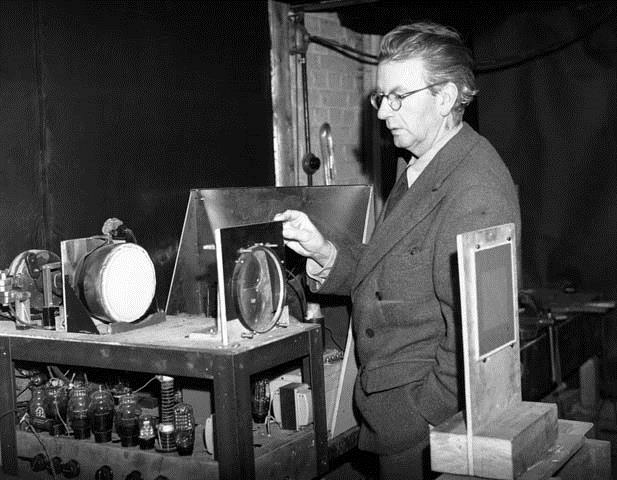 John Logie Baird was the inventor of the Televisor, the first practical television apparatus for the instantaneous transmission of scenes or objects over a distance by wire or wireless. He also invented the Noctovisor, an apparatus for seeing in the dark by invisible rays. Baird founded Television Ltd in Soho in 1925 and gave the first demonstration of true Television on 26 January 1926. The next month he moved his company to the upper floor of Motograph House (often listed as in Upper Saint Martins' Lane) and was here until January 1928, when he moved to No.133 Long Acre, where there is also a plaque to him. His 2TV 250 watt station was eventually licensed in August 1926 (the Postmaster General's office initially bemused by the application). He began transmitting from Motograph House experimentally that autumn – three years before his work with BBC. Here he demonstrated noctovision and also phonovision, which was televising by gramophone – one needle for sound, another for picture. Something of an eccentric genius, he was always moving on to the next idea without finalising the last.

This question has been asked many times now with the significant growth in OTT services becoming part of everyday life, but are we really making a definite transition?

The Institution of Engineering and Technology (IET) have brought a panel of experts representing the full range of views to the John Logie Baird Lecture in 2020, itself impacted by the new normal of virtual eventing.