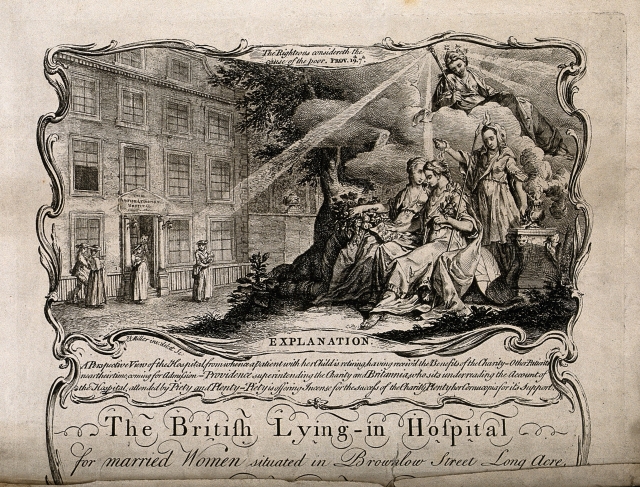 Zepherina Philadelphia Veitch was an English nurse and social reformer who promoted increased education and training for midwives. She had already had an illustrious career as a senior nurse in the UK and in Sedan during the Franco-Prussian War when, in 1873, she began training at the Lying-In Hospital to qualify as a midwife. She was dismayed by the inadequate training many of her fellow midwives had received and worked to establish the Trained Midwives Registration Society. She served as President of the Midwives' Institute from 1890 until her death. In this role, she advised government regulators on legislation about midwifery.

Mary Rosalind Paget DBE, ARRC was a noted British nurse midwife, supporter of women's suffrage and reformer. She qualified as a midwife at the Lying-In Hospital in 1885. In the 1890s she played an active role in the campaign for midwife registration, giving evidence in 1892 to the select committee on midwifery which finally resulted in the passing of the 1902 Midwives Act. This made it an offence for anyone not properly certificated to describe themselves or practse as a midwife. She was the first Superintendent, later Inspector General, of the Queen's Jubilee Institute for District Nursing at the London Hospital, renamed the Queen's Institute of District Nursing in 1928 and as the Queen's Nursing Institute in 1973.

Veitch and Paget both trained in London's oldest maternity hospital, the Lying-In Hospital for Married Women, opened at the end of 1749. It had been established by a group of governors of the Middlesex Hospital who were dissatisfied with the facilities available for women in labour. They purchased a house in Brownlow Street (now Betterton Street). Women were received in the last month of their pregnancy on production of a letter of recommendation from a subscriber, an affadavit of their marriage and their husband's settlement. From 1752, female pupils were admitted to the hospital for periods of six months in order to learn midwifery. In 1849, the Lying-In Hospital moved round the corner to larger purpose-built accommodation in Endell Street. The new hospital cost £6,000 and had 40 beds. It continued to function as a maternity hospital until 1913. The building now houses The Hospital Club.

The unveiling of this plaque by Kathryn Gutteridge, President of the Royal College of Midwives, took place on 26th July 2018. 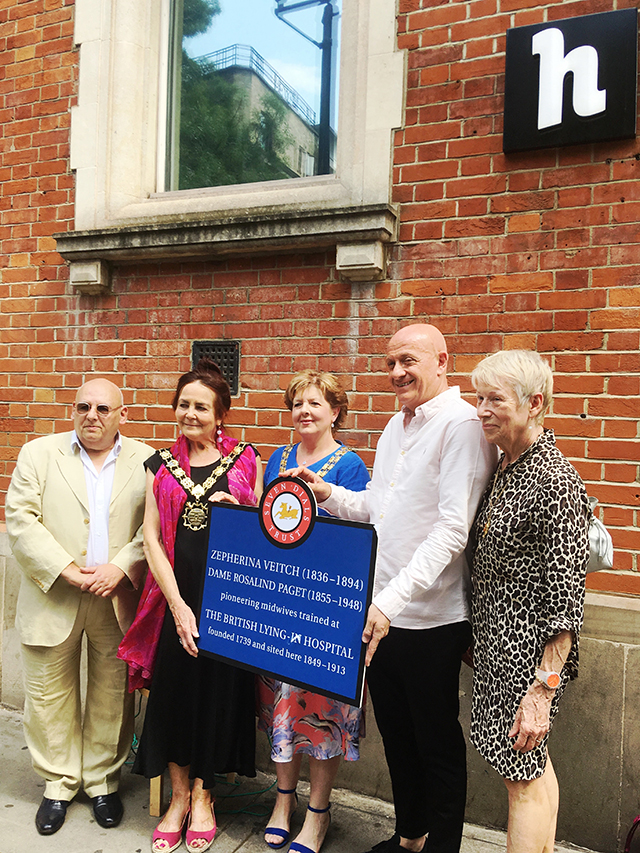 The Hospital Club is a unique private members' club in the heart of Covent Garden, for workers in the creative industries. It was founded by Paul G. Allen, global philanthopist and co-founder of Microsoft, and musician Dave Stewart. The seven-storey building has an award-winning TV and music studio, a gallery, restaurant and bars, a screening room, bedrooms, and the renowned Oak Room (a live performance space). Founded in London in 2004 at the site of a derelict 19th-century hospital, The Hospital Club is a vibrant working hub of creativity - full of people, ideas, music and life - where innovators from across the creative disciplines meet, ideas are born and creativity has no limits.

The h.Club Foundation was created in 2014 to fomalise the Club's commitment to philanthropy. Since then, the work of the Foundation has reached 2000 young people by providing opportunities to access, explore and excel in the creative industries. It seeks to champion emerging creative talent and provide inspiration, education, work and skills for local young people, helping them to realise their potential within the creative industries.