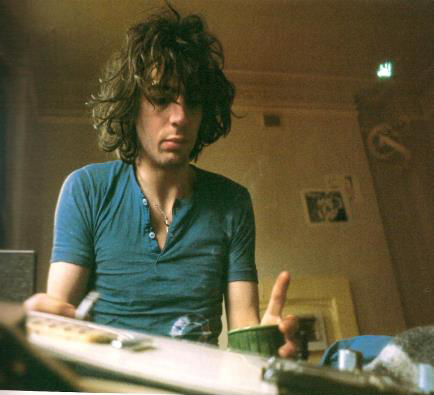 Eccentric front-man of the phenomenally successful rock group Pink Floyd, Syd Barrett was the lead vocalist, guitarist and primary songwriter during the band's psychedelic years, providing major musical and stylistic direction in their early work, including their name.

His time in Seven Dials proved his most creative, writing material for the band's first two albums. The house was owned by the artist Peter Wynne-Wilson and Barrett lived in the attic flat with his girlfriend Lynsey Korner. In early 1967 he followed her to a 'happening' flat in Cromwell Road. He left the group in 1968 amid speculations of mental illness exacerbated by drugs, and was briefly hospitalised, and then spent three decades in seclusion.