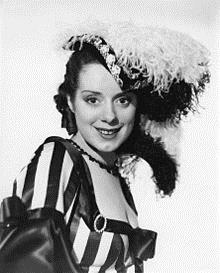 THE CAVE OF HARMONY — Sponsored by Shaftesbury PLC

This prominent building on the Dials was licensed as a pub, the Bunch of Grapes, until 1919. Traces of this can still be seen on the decorative tiles on the facade. During the 1920s it housed a succession of clubs which were closed down by police as they held no drinking licence. In September 1927 another club successfully applied to use the premises, claiming it was for theatrical and artistic people who would present no trouble. This was the Cave of Harmony, founded in Charlotte Street, Fitzrovia in 1924 by a young Elsa Lanchester (later famous in films as The Bride of Frankenstein) and her then partner, Harold Scott. She sang from print songs they had collected such as 'Please Sell No More Drink to My Father' and they performed one-act plays at midnight, often assisted by famous artistes after the nearby theatres had closed. The Cave of Harmony was a popular meeting place for London intellectuals, including H G Wells, Aldous Huxley and Evelyn Waugh. Elsa made little money out of it and supplemented her income by posing as correspondent in divorce cases. She closed it down in late 1928 after she took up with Charles Laughton.