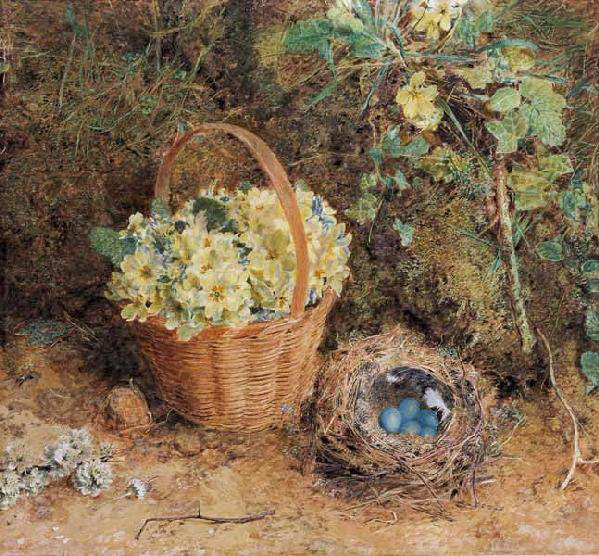 The son of a tin-plate worker, William Henry Hunt was apprenticed to John Varley in 1806 where his fellow students included John Linnell. Like many of the watercolour artists of the age he knew Dr Monro, attending his evening meetings in the Adelphi Terrace and frequently sketched at Monro's house near Bushey. First exhibited at the RA in 1807, he gained full membership of the Old Water Colour Society in 1826. Early works are freely drawn with a reed pen and sepia ink but by the late 1820s he began to use a stipple method to add texture and Chinese white to add light, appealing to the increasing middle-class demand for highly-finished watercolours as substitutes for oil paintings. Specialising in still lifes, he also exhibited scenes from rustic life, but it was for his studies of birds' nests in hedgerows that he was most well known. A short and ugly man, he did not marry until he was 40 and then to his 18-year-old first cousin.