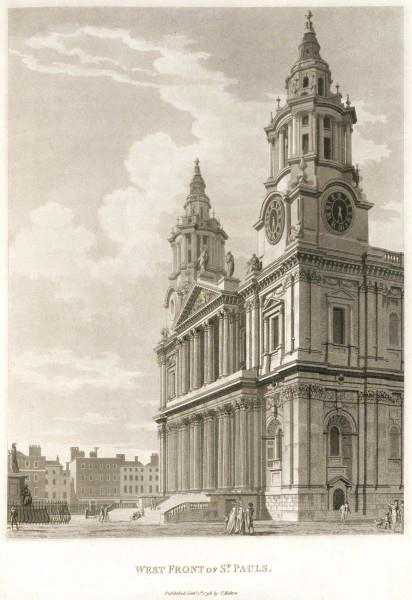 Son of Thomas Malton the Elder, whose trade of architectural draughtsman he followed. Malton the Younger moved to Long Acre in 1792 and produced his best work, A Picturesque Tour Through the Cities of London and Westminster. The 100 aquatint plates catch the expanding metropolis at its most elegant. He gave drawing classes. Among his pupils were Thomas Girtin and the young Turner. The latter was sent away by Malton, who found his pupil's approach too imaginative for the exact representation required from an architectural draughtsman, but the youth was afterwards readmitted and in later life would say: 'But my real master, you know, was Tom Malton of Long Acre'.