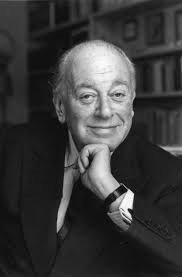 The publisher Max Reinhardt was born in Constantinople, the son of an Austrian architect and Italian Jewish wife. He spoke Greek with his nanny, French at home, German learned from his father, and some Turkish. He was educated at the English High School for boys in Constantinople and then went to university in Paris, where he fell in love with the theatre after a production by his namesake, Max Reinhardt, the German impresario. He moved to London in 1938, but when war broke out, as the holder of an Italian passport, was interned until his release was arranged by establishment friends. He was then posted to RAF intelligence in Northern Ireland. On leave he played squash with RAF officer Ralph Richardson, who introduced him to fellow actor Anthony Quayle – both became lifelong friends. Later in the war he was enlisted to undertake industrial espionage in the Middle East, where he was able to ensure that his family's firm and other companies favoured the allies over the axis powers. In 1946 he became a fully naturalised British subject and took his first steps in a successful fifty-year career in British book publishing. Through Richardson he met and married the actress Margaret Leighton, but later divorced. In 1956 he moved his offices to Earlham Street, thanks to the loan of £5,000 from Ralph Richardson, and bought the Bodley Head, a venerable but languishing 19th century publishing house. Reinhardt persuaded J. B. Priestley and Graham Greene to join his board of directors. The firm prospered and Reinhardt was able to indulge his passion for boats. In 1985 he had open-heart surgery, and, unable to go back to his office, was forced to work at home.

Sources: DNB; obituaries in The Times, Daily Telegraph, The Guardian and The Independent; J Adamson, Max Reinhardt: A Life In Publishing (2009)